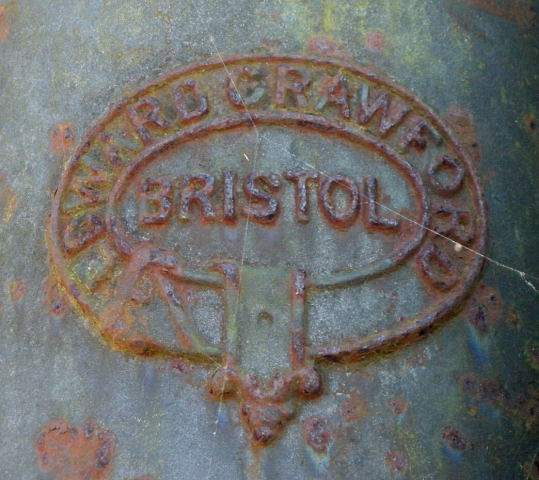 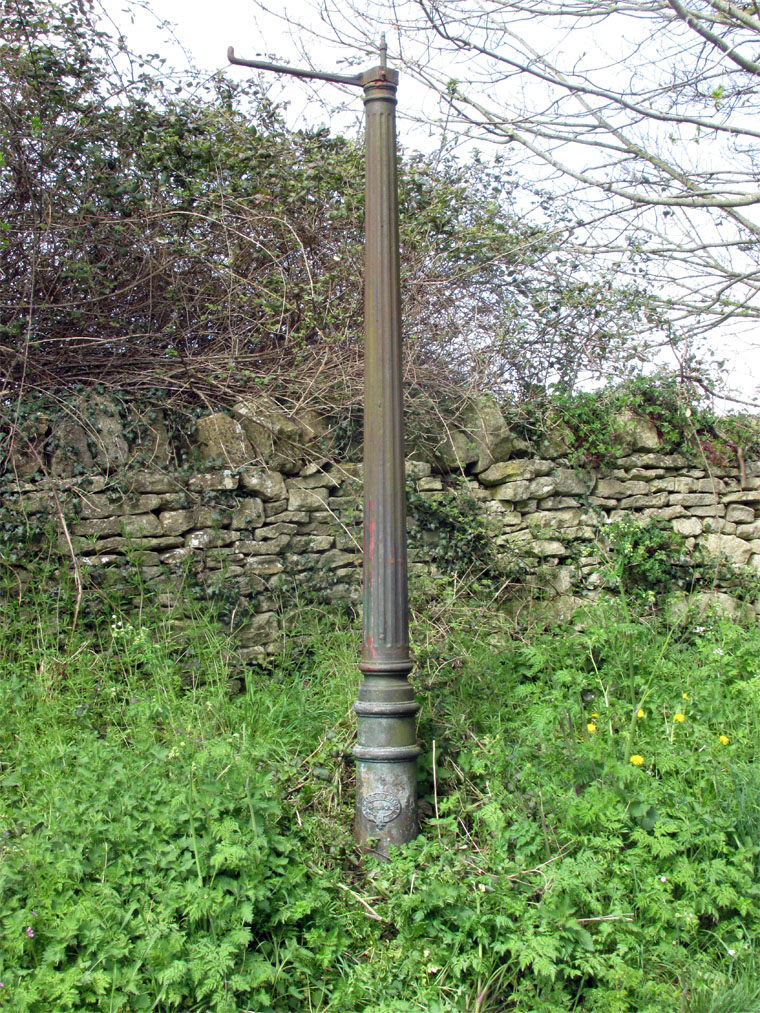 Products included lamp posts, at least two survivors have been identified in Bristol [1]

Cast Iron Gas Lamp (see image at right) - remains on the stock of the parish council, and is the last gas lamp standing in the village of Colerne. Prior to WWII there were several gas lamps around the village of similar design. These were lit, manually, individually at dusk. During the early part of the war the tops were removed and taken into storage, but re-instated after the end of the war. Other post WWII progress saw the introduction of automatic ignition, but this involved a timing mechanism that needed winding up on a weekly basis. But at some point probably in the 1950s the gas was disconnected, and most of the cast iron posts removed. There was one other left standing by the public toilets, but this was removed some years ago, leaving just this one at the top of the hill above Drewetts Mill.[2]