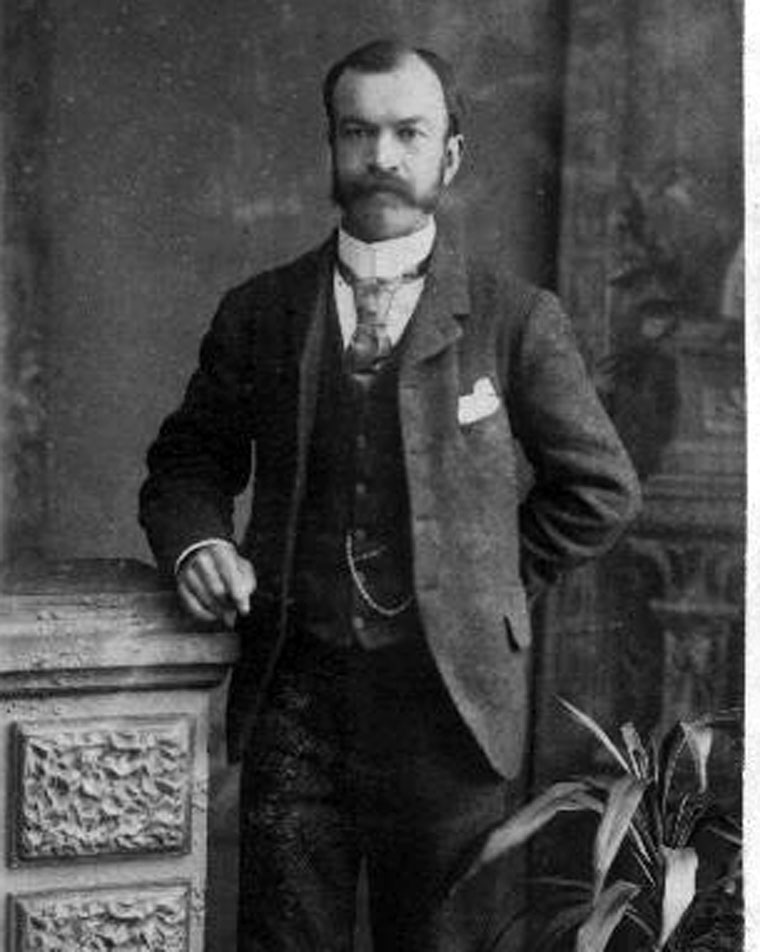 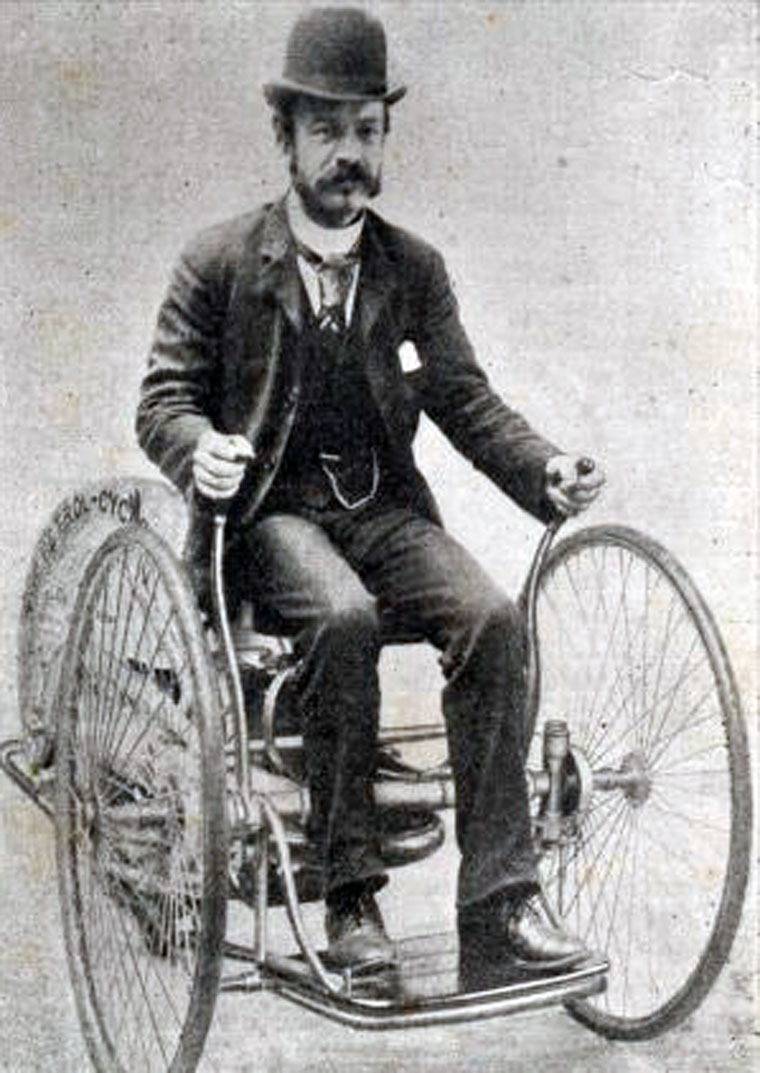 Edward Butler (1862-1940) M.I.Mech.E. was an engineer who produced an early three-wheeled automobile, the Butler Petrol Cycle, which some claim as the first British car.

c1881 Moved to London to work for the Hatcham Ironworks

1884 Provisional patent taken out A petroleum motor tricycle or small automobile carriage since it is not provided with auxiliary pedalling gear and was fitted with a comfortable seat and footboard. He called it a Velocycle

1884 Butler showed plans for his three-wheeled vehicle at the 1884 Stanley Cycle Show in London, two years earlier than Karl Benz, who is generally recognized as the inventor of the modern automobile.

1885 Butler's vehicle was also the first design to be shown at the 1885 Inventions Exhibition, also in London.

1887 Patent 15598 - London. On the vehicle the patent read “Butlers Petrol-Cycle Syndicate Limited Patent”. It also referred to “F. B. Shuttleworth, Erith, London.” as Butler built the Petrol Cycle in their works

1888 Built by Merryweather and Sons the Butler Petrol Cycle was a three-wheeled vehicle, with the rear wheel directly driven by a 5/8hp 600 cc flat twin four stroke engine (with magneto ignition replaced by coil and battery), equipped with rotary valves and a float-fed carburettor (five years before Maybach), and Ackermann steering. Starting was by compressed air. The engine was liquid-cooled, with a radiator over the rear driving wheel. Speed was controlled by means of a throttle valve lever. No braking system was fitted; the vehicle was stopped by raising and lowering the rear driving wheel using a foot-operated lever; the weight of the machine was then borne by two small castor wheels. The driver was seated between the front wheels.

The vehicle featured in an article in the 14 February 1891 issue of Scientific American, where it was stated that one gallon of fuel in the form of petroleum or benzolene could propel the vehicle for forty miles at a speed of 3-10 mph.

1890 Butler wrote in the magazine The English Mechanic in 1890, "The authorities do not countenance its use on the roads, and I have abandoned in consequence any further development of it."

Butler improved the specifications of his vehicle over the years. The vehicle had to be attended by three people, one of which had to proceed in front of the vehicle waving a red flag.

1896 Butler had Erith's first motor accident. "On the second occasion, a week or so later, I startled a baker's horse, which incident closed my careering about the road outside Shuttleworth's Shipyard".

1896 Due to general lack of interest, Butler broke up his machine for scrap, and sold the patent rights to Harry Lawson who continued manufacture of the engine for use in motorboats.

Instead, Butler turned to making stationary and marine engines. His motor tricycle was in advance of its better-known contemporaries on several points.

1900 April 7th. Edward Butler wrote to "The Autocar" magazine mentioning the early attempts of Benz and Daimler and that he had drew up the plans for a vehicle in 1884 - 'Now that public attention is being drawn to the early attempts of the two German pioneers, Benz and Daimler, I trust that you may find space in your journal for an illustration of a small petrol vehicle, which I believe was absolutely the first made in this country, and if I could have interested any one to finance it when the drawings were exhibited at the Stanley Show in 1884, and the following year at the Inventions Exhibition, I should have been contemporaneous, if not earlier than either of them. Although I cannot claim to have done very much in the light of the present enormous development of the automotor trade, it may have been forgotten that I carried out a series of experiments in the perfecting of a motor vehicle at a time when progress was much hindered by the prejudice and want of interest - the motor part of which has been since used in many types of engines for industrial purposes'[3]

c1900 Believed to be working for Clarke, Chapman and Co at this time

1902 October. Of Gateshead-on-Tyne. Details of a rotary valve for IC engines. Has been fitter successfully to a Humber-built Bollee tricycle and run for the past three years.[6]

1905 May. Mentioned in connection with the Pollard Compound Petrol Engine.[8]

1920 January. Author of technical article in the Automobile Engineer

1951 Discovery of many of his manuscript notes and diaries which made him known even to early motorcycle enthusiasts.