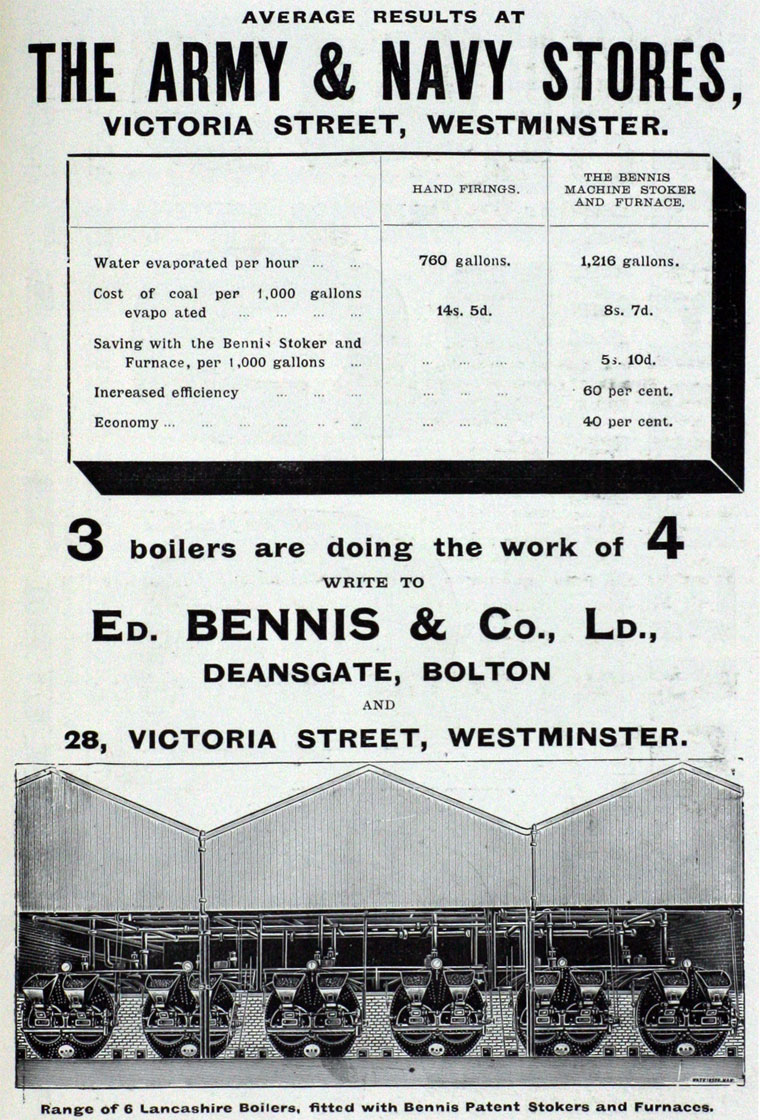 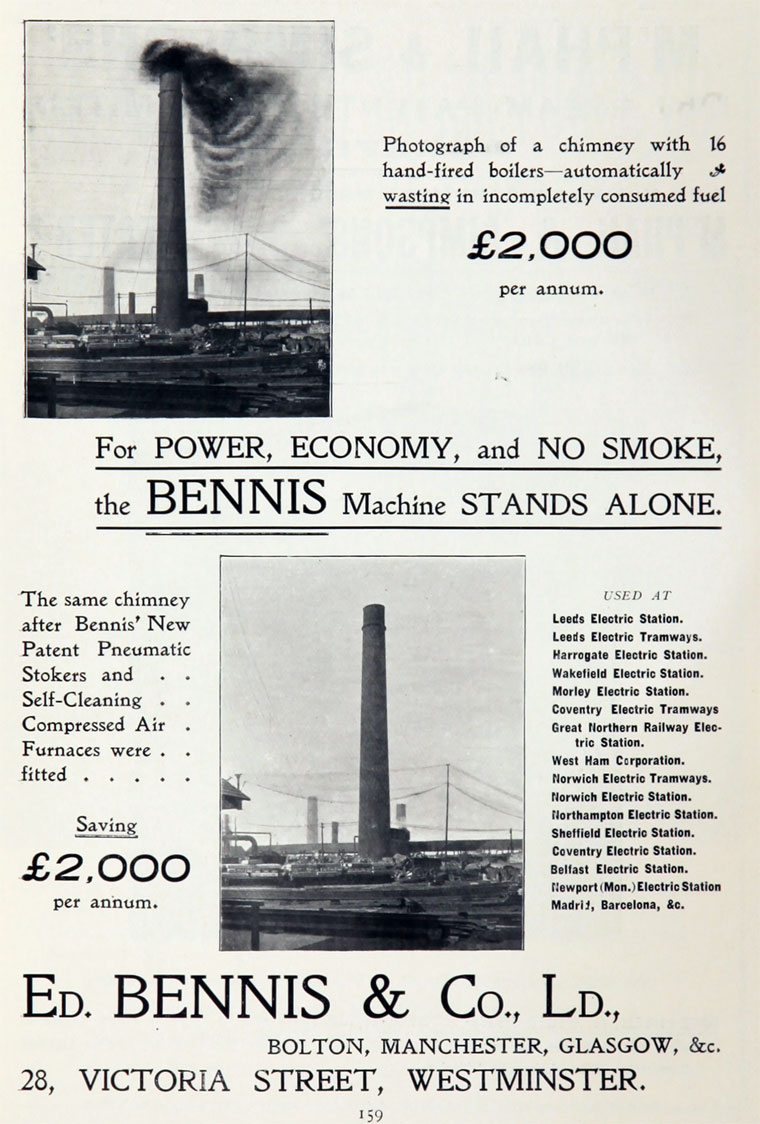 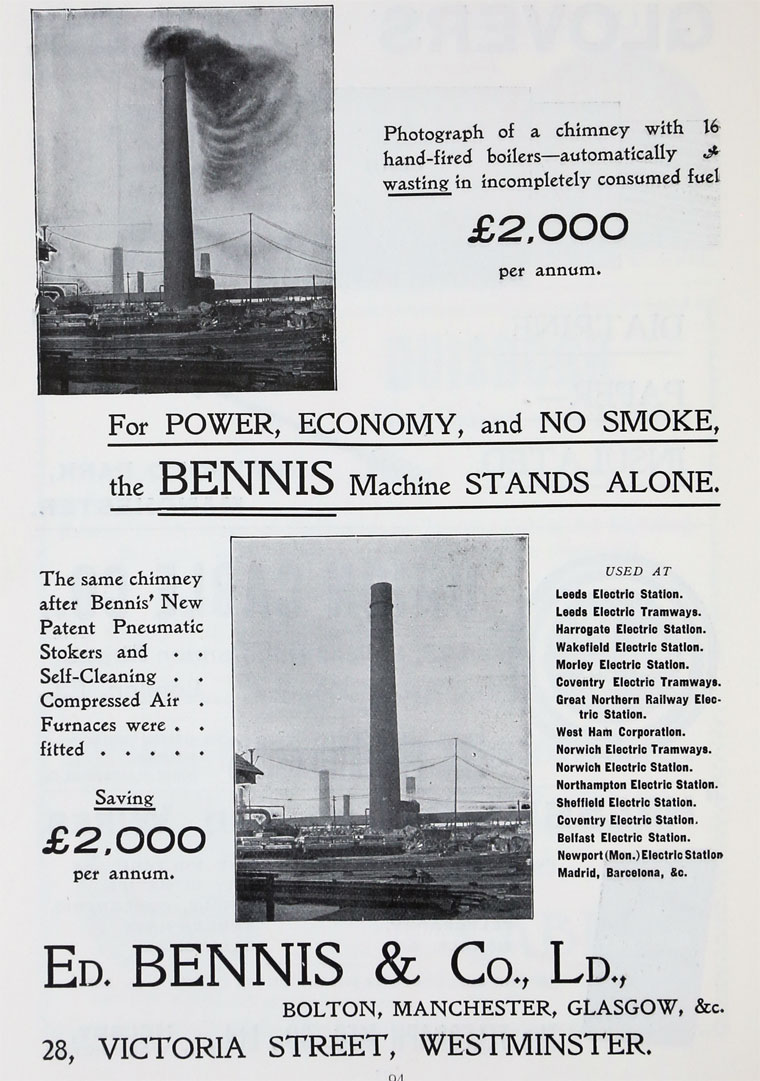 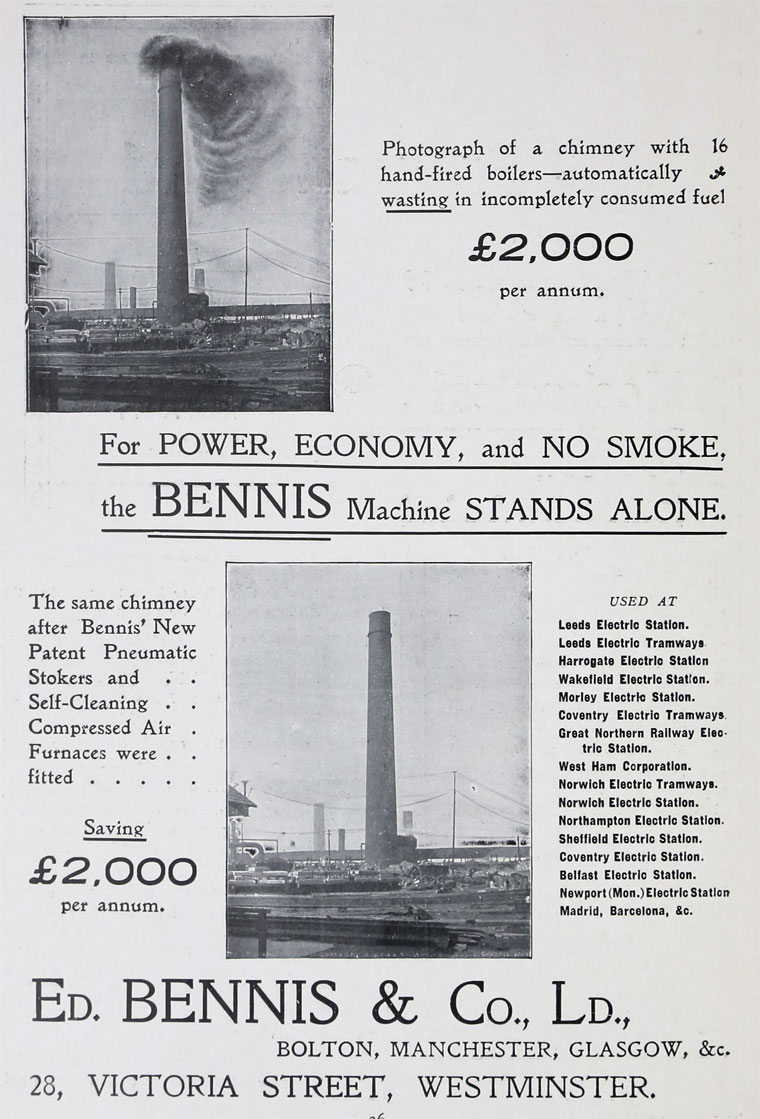 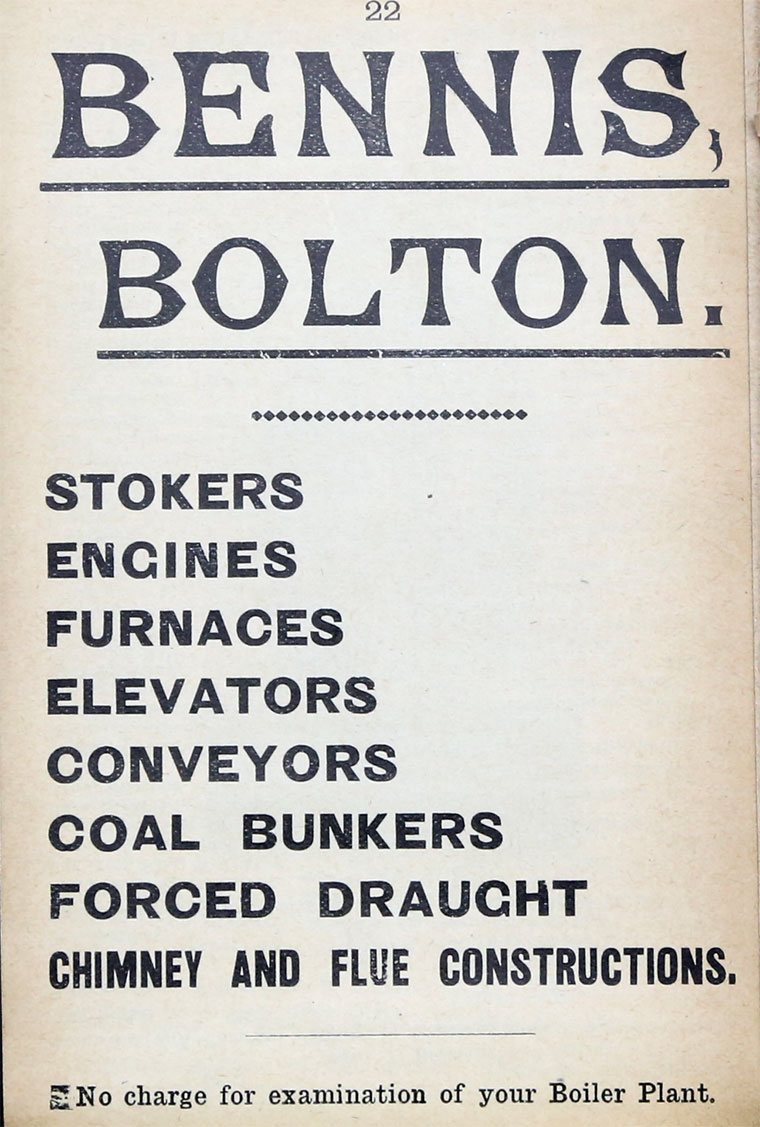 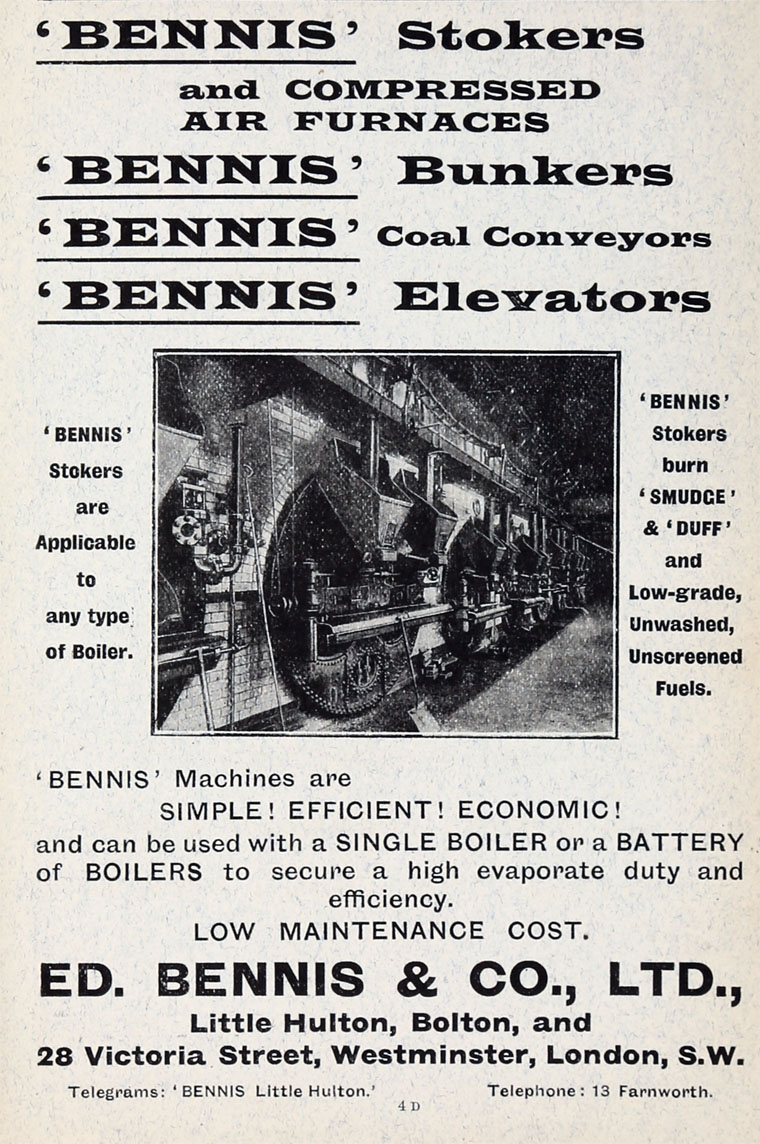 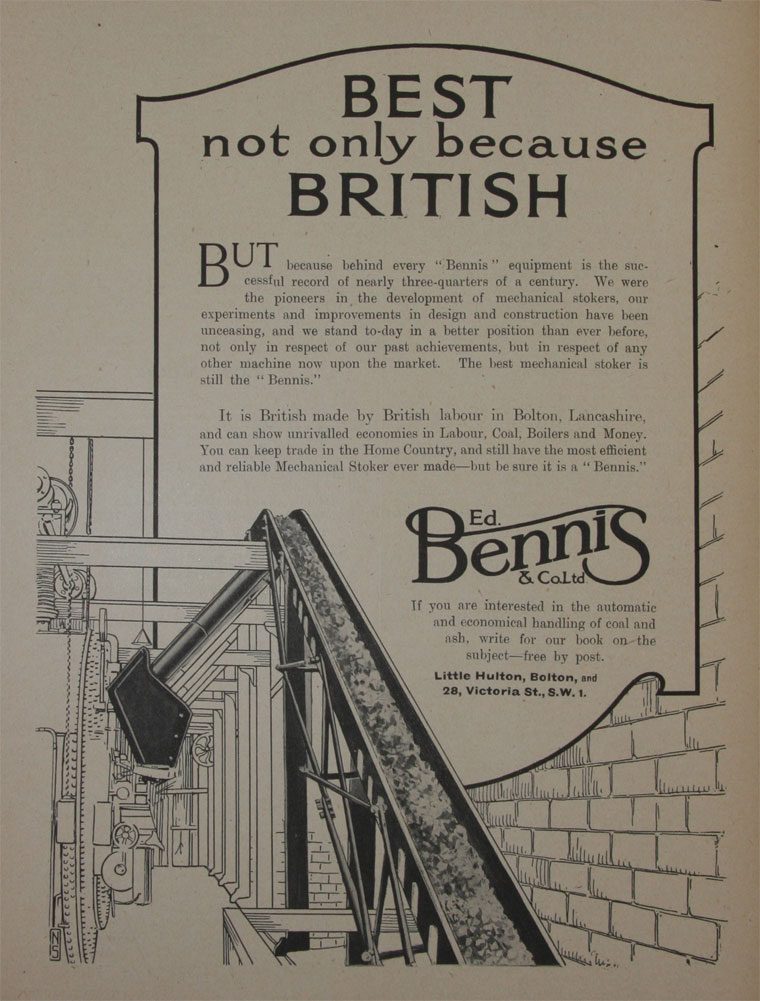 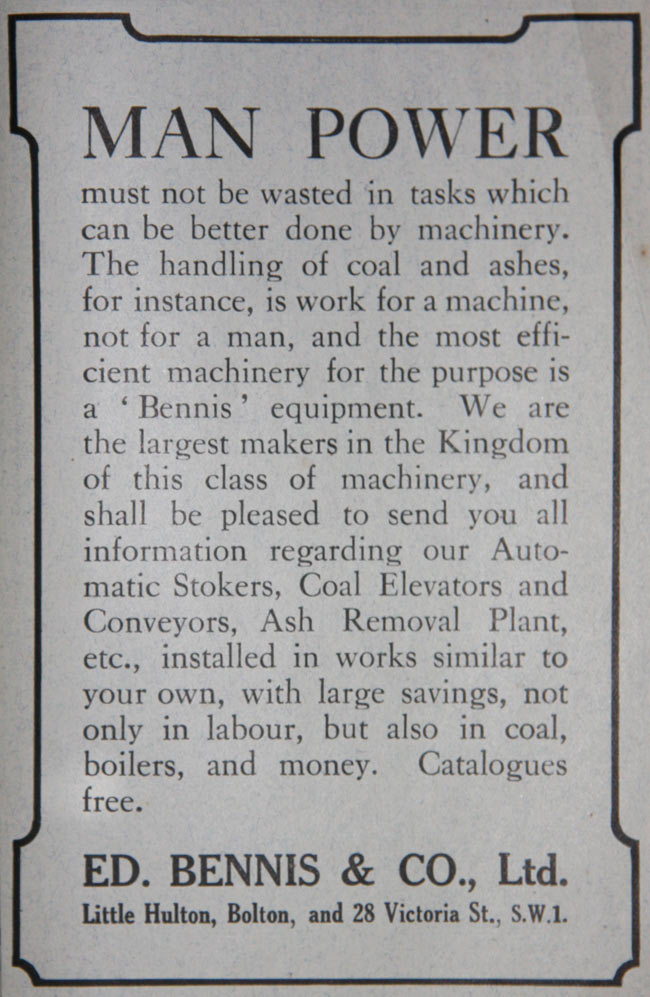 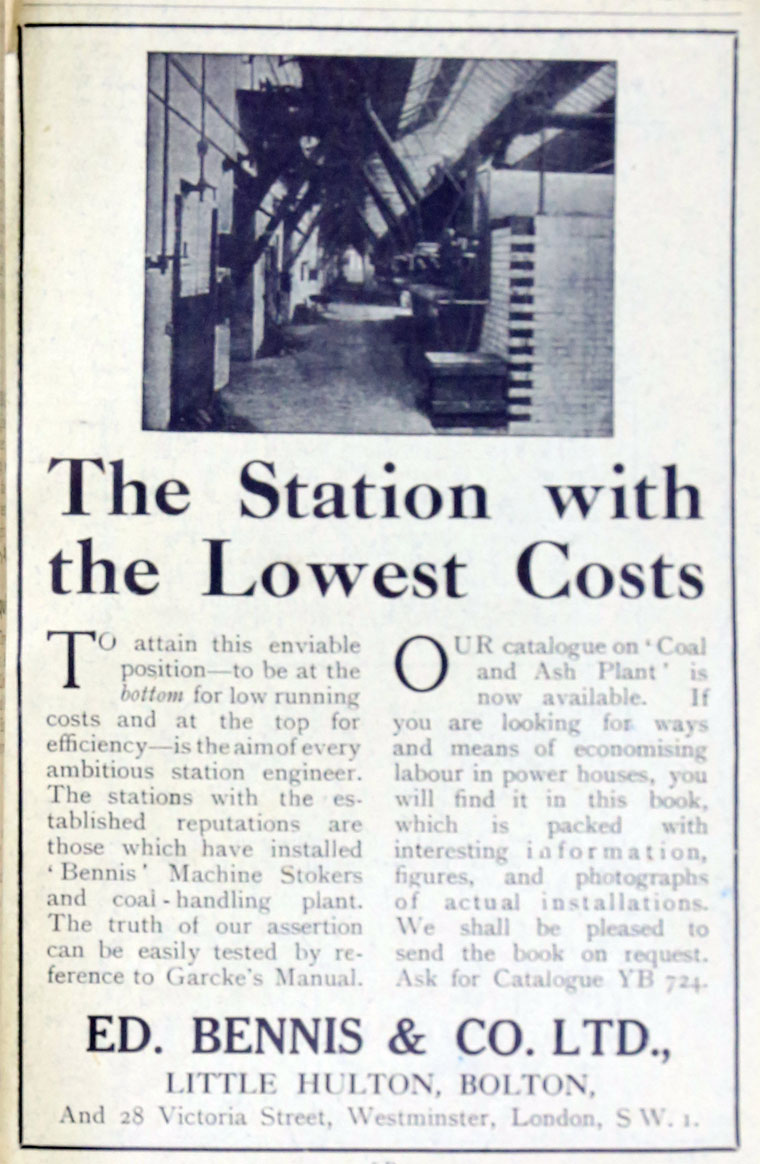 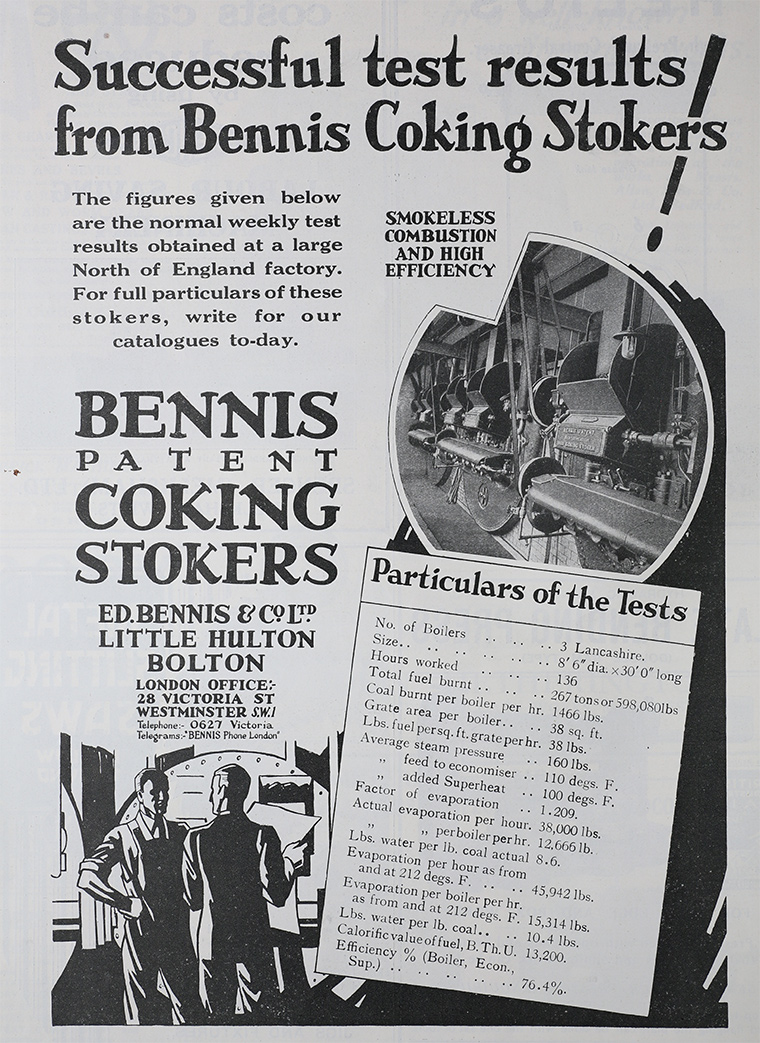 of Bolton, Manchester, London and Glasgow. [1]

1870 Mr. Edward Bennis joined Mr. Dillwyn Smith, of Philadelphia, and established works to develop the sprinkler type of mechanical stoker. This was followed by a self-cleaning compressed air furnace and a commercial stoker and furnace

1875 Bennis gained a patent on a mechanical stoker[2].

1887 Bennis brought a legal case against James Proctor for infringement of his patent on mechanical stoker; judgement against Bennis but granted leave to appeal[3].

1893 Smelter Joseph Young bought a partnership in the business and later became MD.[5]

1897 June 8th A letter was sent to Joseph Thomas Elrington, who was Foreman Pattern Maker, from Herbert Barlow, who had been with the company for two years. It was a reference to aid his future employment since Joseph (Tom) Elrington apparently sustained an eye injury from a wood splinter and was unable to continue in his job.