Grace's Guide is the leading source of historical information on industry and manufacturing in Britain. This web publication contains 143,425 pages of information and 230,044 images on early companies, their products and the people who designed and built them. 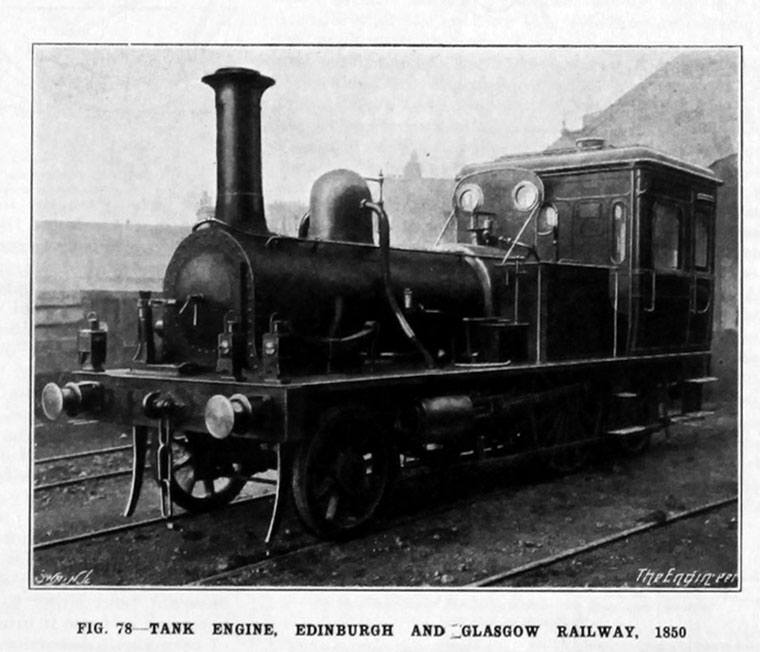 The Edinburgh and Glasgow Railway was a railway built to link Glasgow and Edinburgh.

The Act of Parliament for building the railway received its Royal Assent in 1837-8.

It was inspected by Lieut.-Colonel Sir Frederick Smith in September, 1841, in whose report reference was made to the Glasgow incline, 1 in 43, falling towards Glasgow for 2077 yards. On this section occurs the Glasgow tunnel, 1148 yards long, and divided into three portions, connected by open cuttings each 40ft. long.

The line was opened as follows:-[1]

Some 0-4-2 engines of excellent design were built 1859 to 1864, mostly by Beyer, Peacock and Co for the railway. In them the small trailing wheels had outside bearings to keep the journals away from the heat of the fire box. These engines, which had 5ft wheel and 16in by 22in cylinders, were in service for about forty-five years.[2]

The line was absorbed into the North British Railway on 1 August 1865.

The line is still open as the Glasgow to Edinburgh via Falkirk Line.