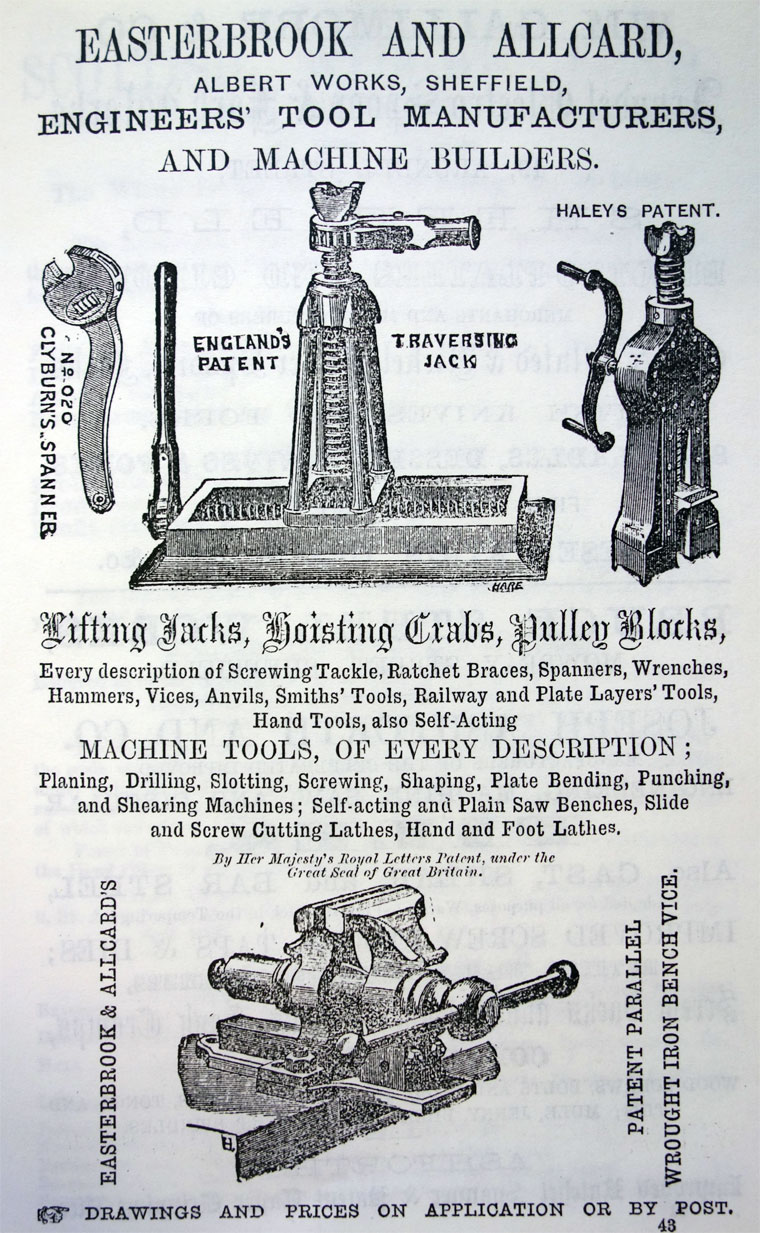 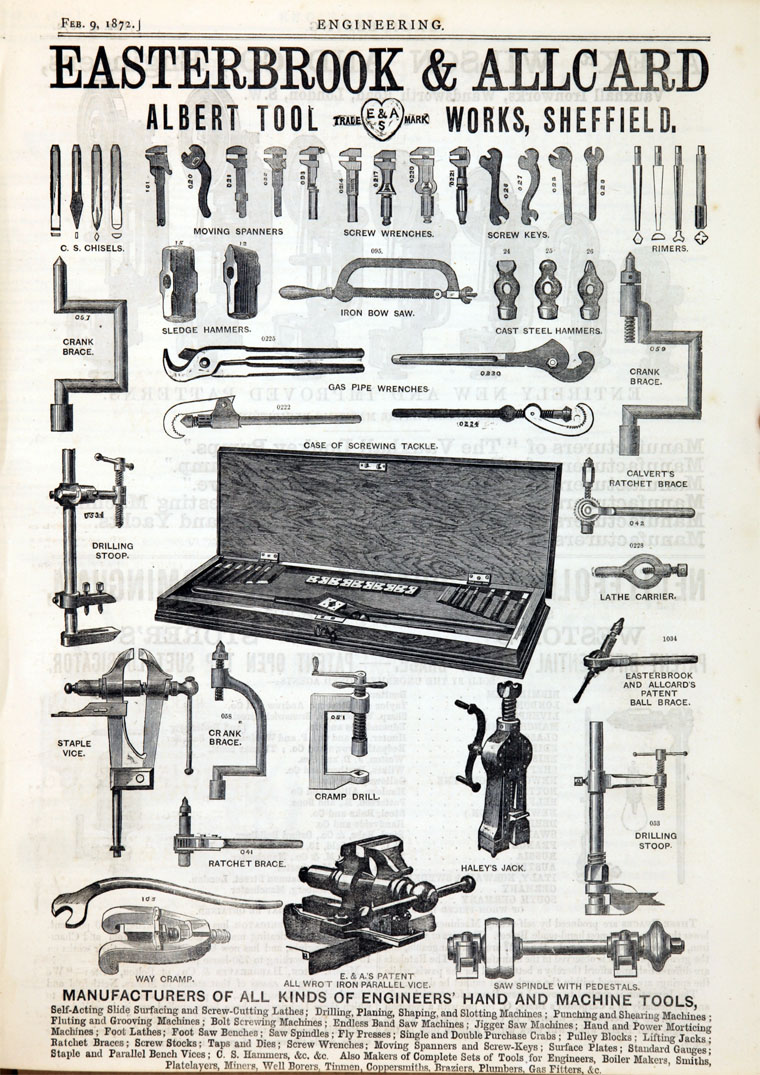 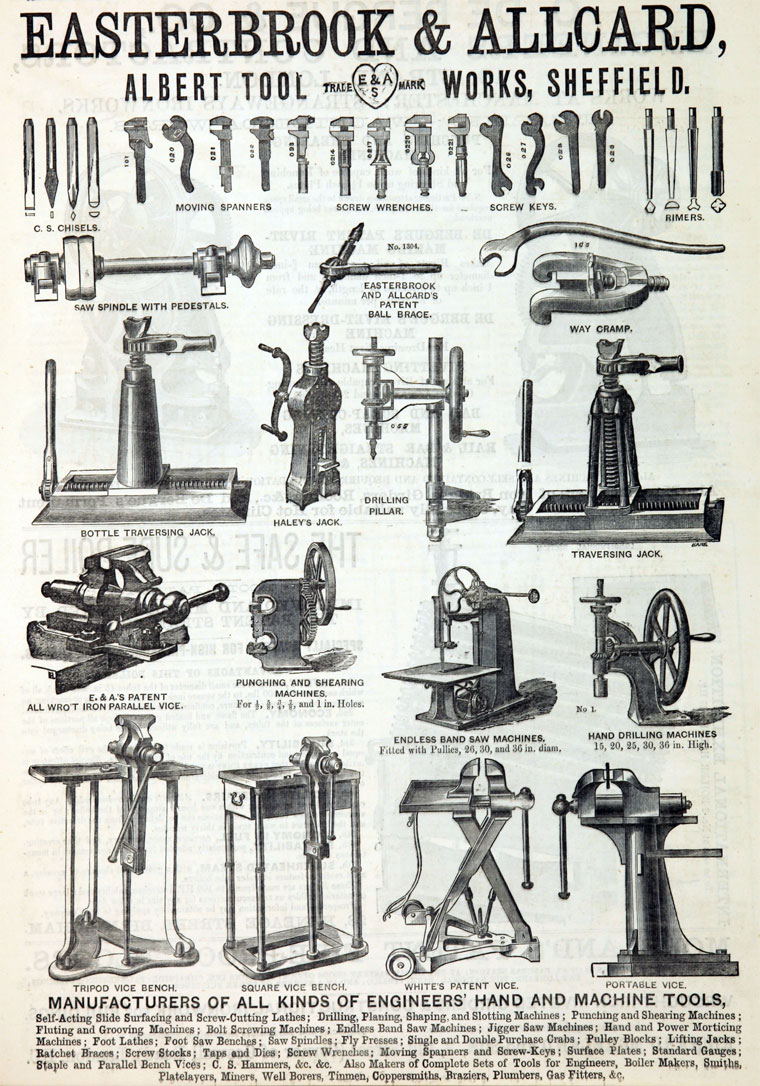 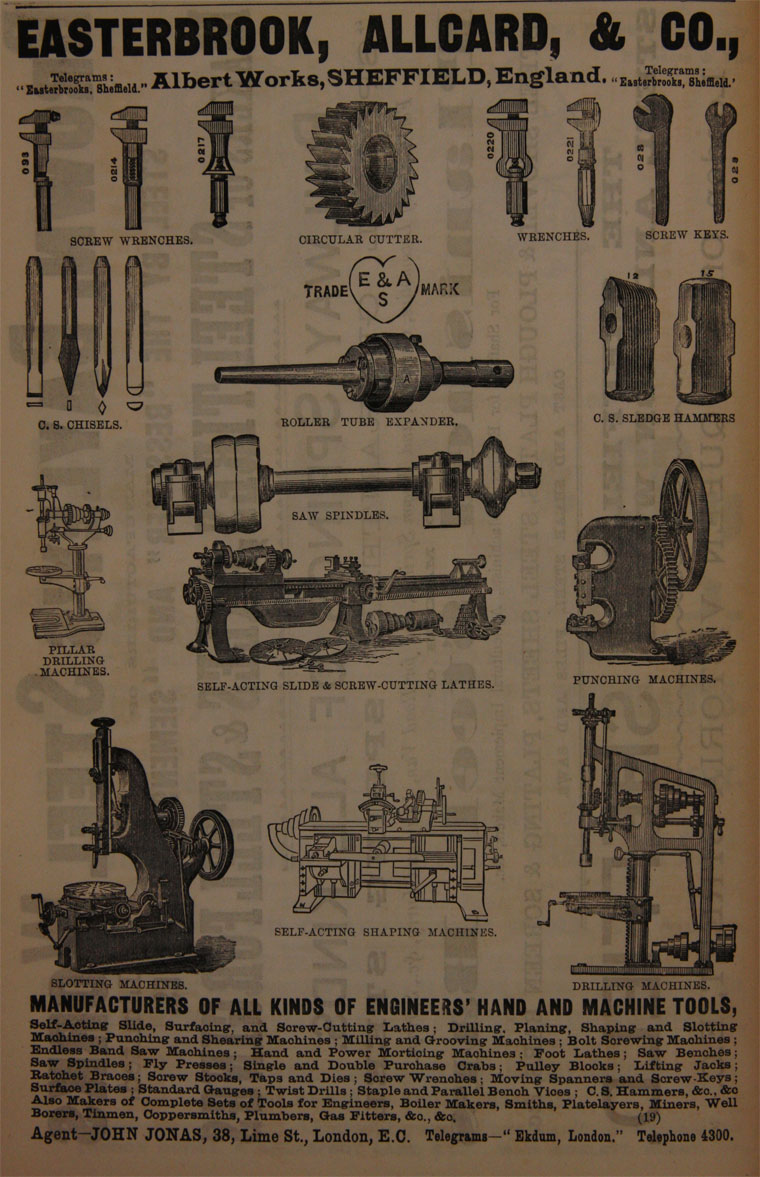 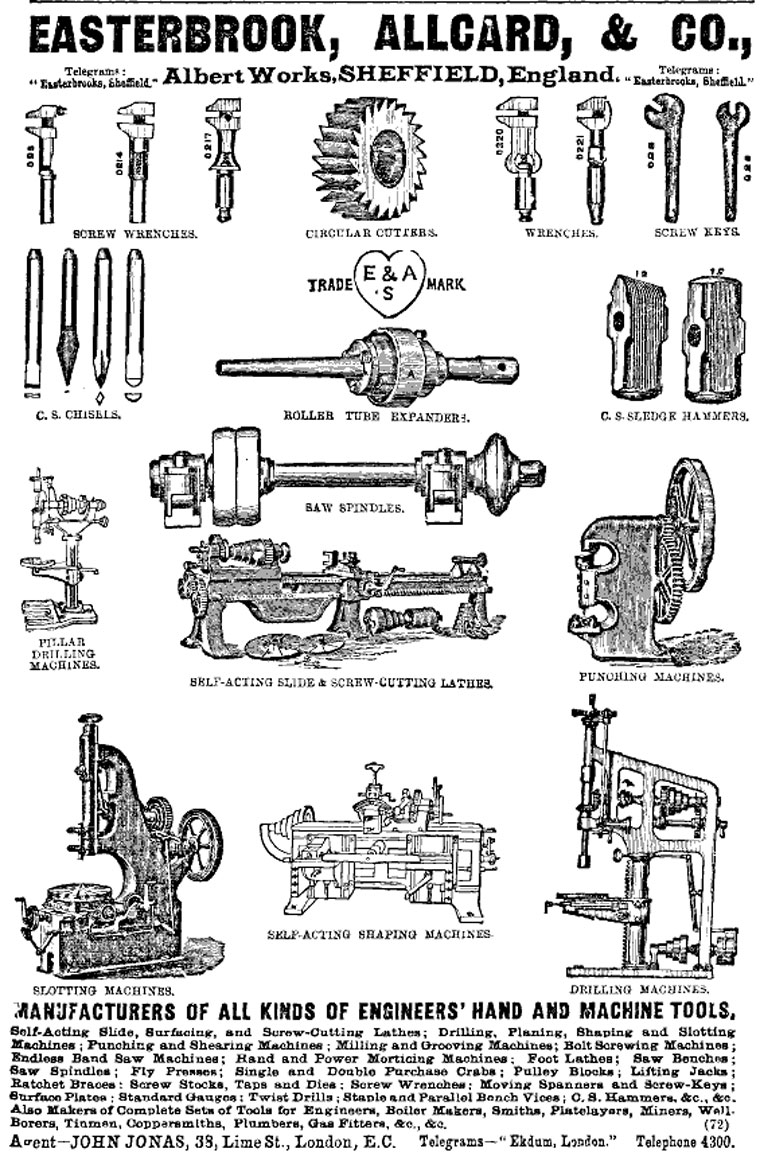 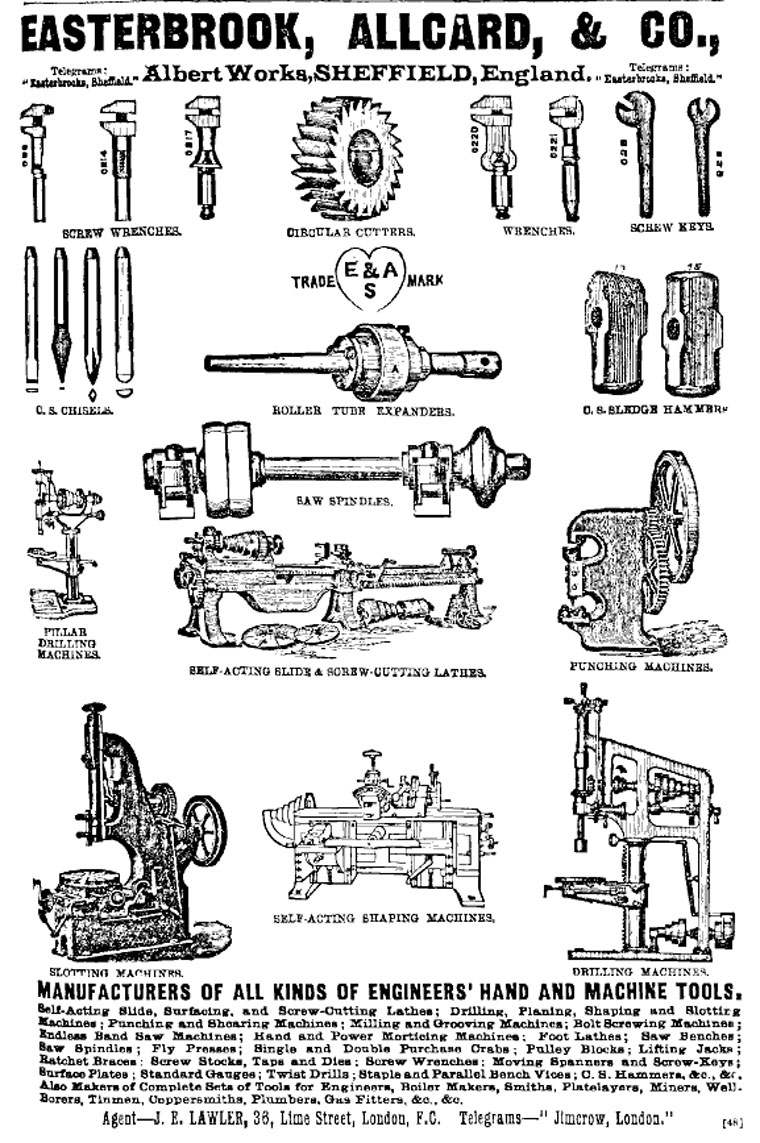 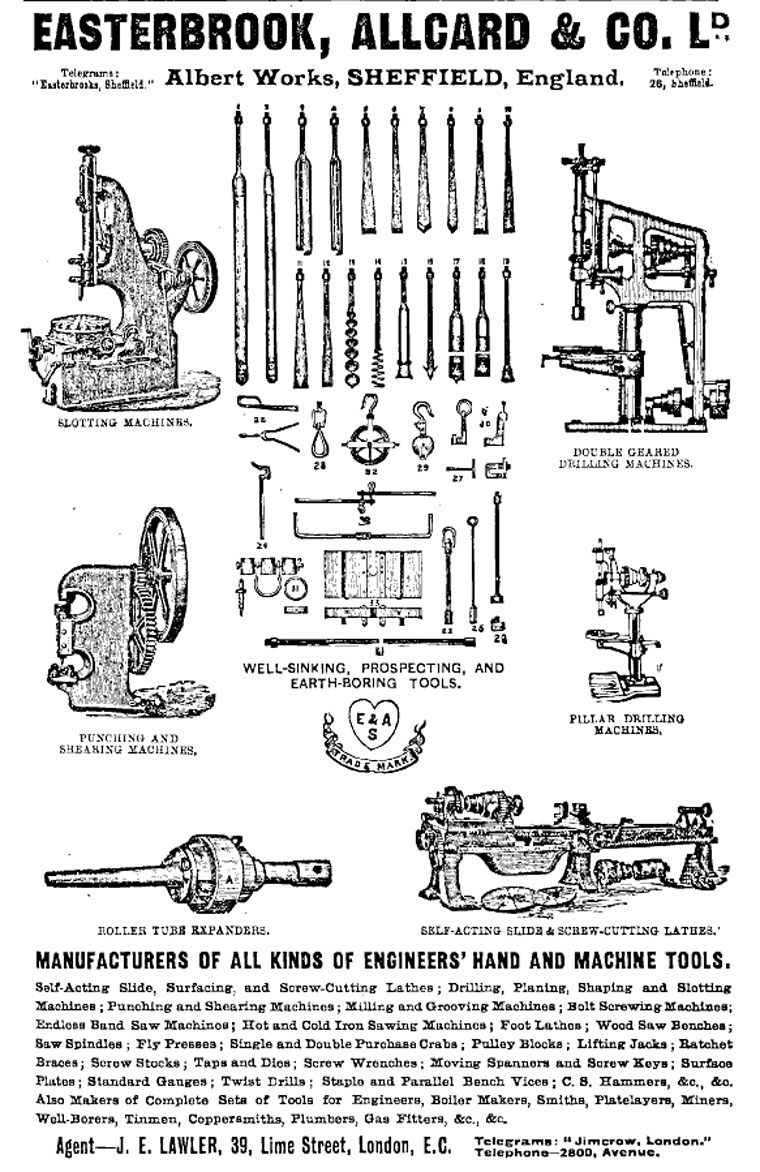 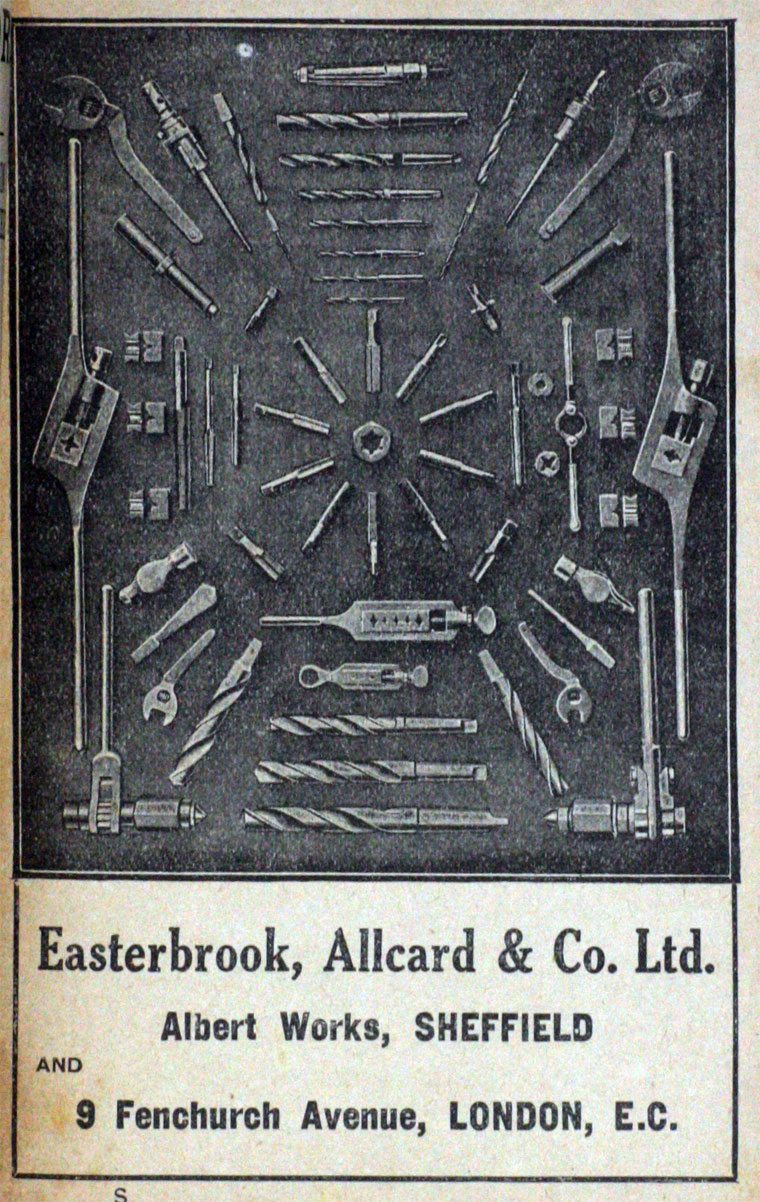 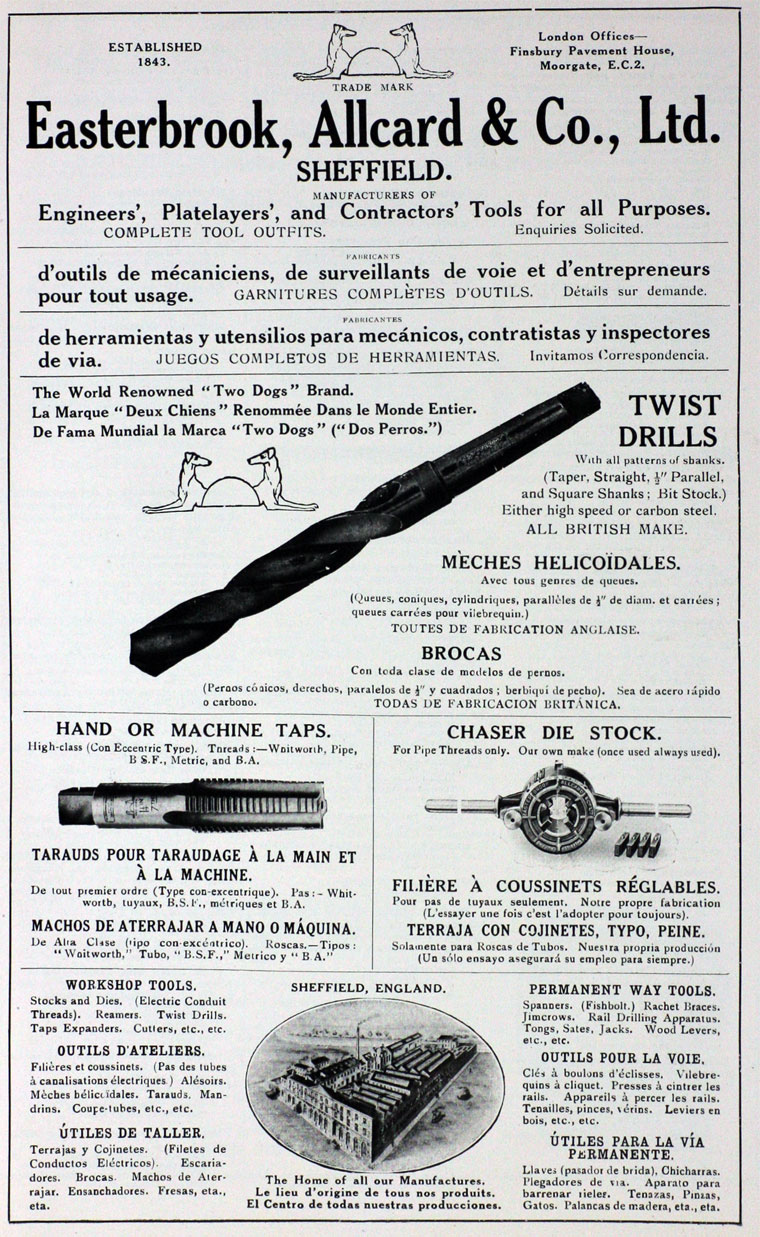 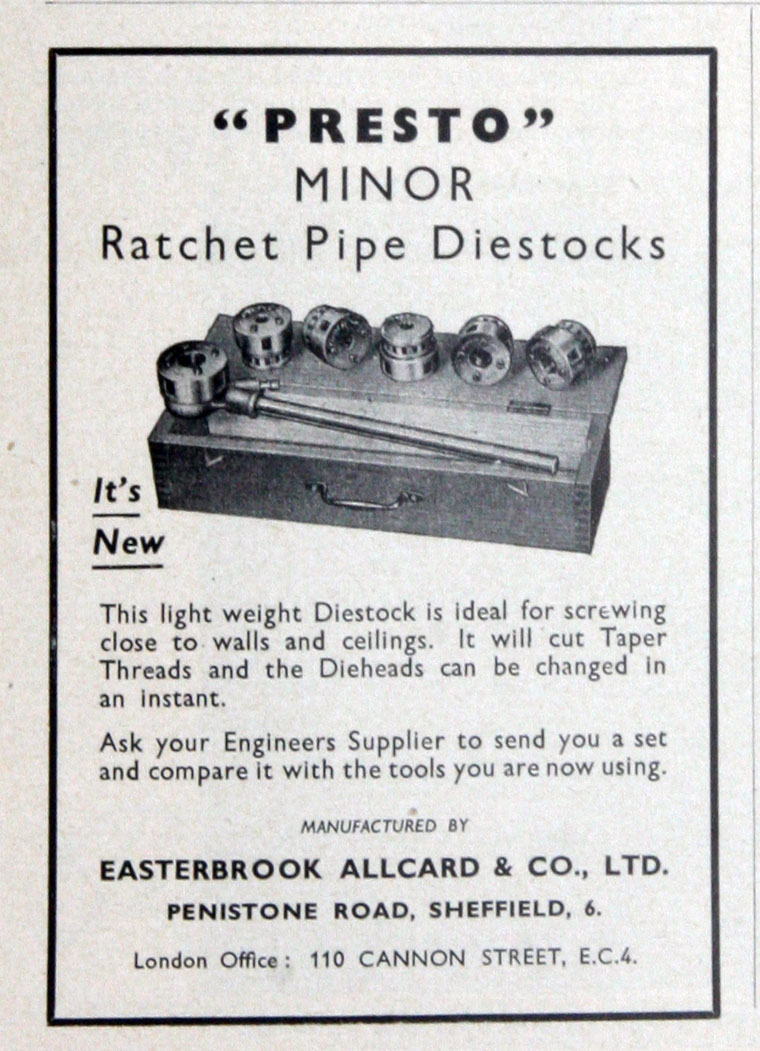 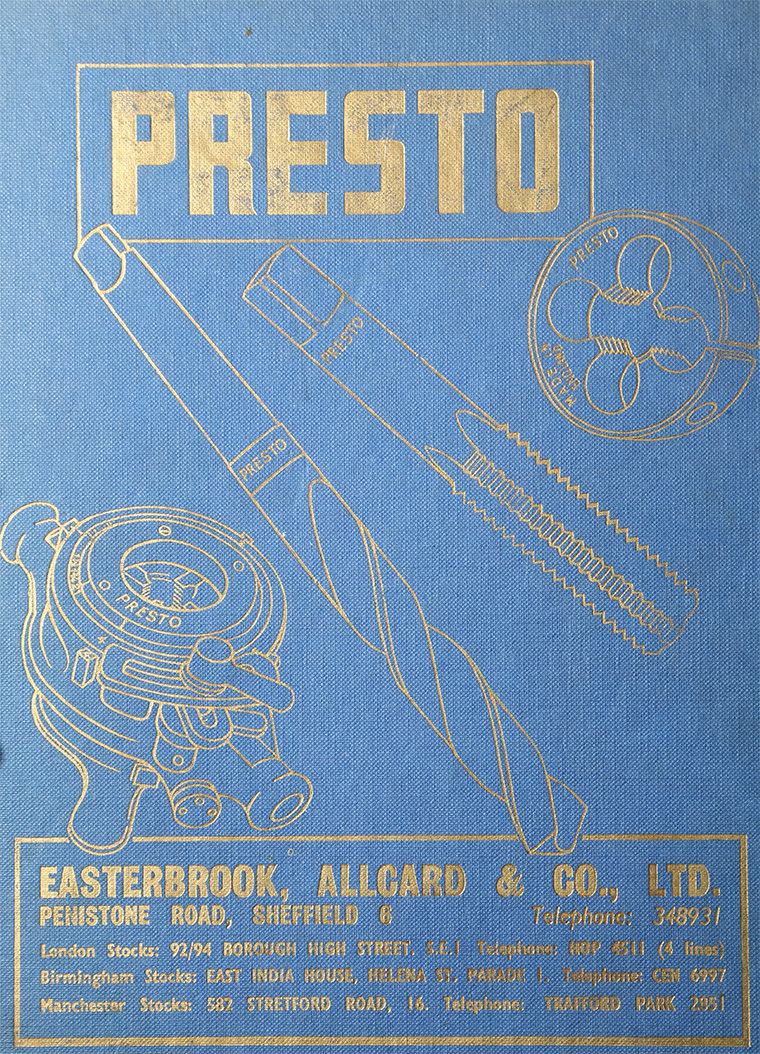 The company dates back to 1843 when John Easterbrook began working for himself.

1854 Listed as Easterbrook, Scatchard and Drury, toolmakers and machinists at its Albert Works making ratchet braces, hammers, spanners, screw stocks, taps and dies, lathes and all kinds of tools made to order.

1869 The business moved to its present location.

1874 Partnership dissolved. '....the Partnership heretofore subsisting, between us the undersigned, John Easterbrook, James Hobson Allcard, and Arthur Marsden Wild, carrying on business as Engineers' Tool Manufacturers, at Sheffield, in the county of York, under the style or firm of Easterbrook and Allcard, was, on the 31st day of December, 1873, so far as relates to the said John Easterbrook, dissolved by mutual consent. And that all debts duo to and owing by the said late partnership will be received and paid by the said James Hobson Allcard and Arthur Marsden Wild, by whom the business has, since the said 31st day of December, 1873, been, and will in future be, carried on on their own account, under the style or firm of Easterbrook, Allcard, and Wild...'[3]

1887 James Hobson Allcard died; his son Henry was made a partner

1897 The company was registered on 11 October, to take over the business of manufacturers of hand and machine tools of the firm of the same name. [4] Henry Allcard was managing director.

1900 The firm's 26th catalogue lists around 200 different hand tools being offered for sale in addition to the company's machine tools.

As the decade of the 1970s drew to a close all was not well. The economy was in decline and in November 1980 short time working was reintroduced for the first time since 1936.

1982 the company changed its status from that of a public company to being a private company.

1989 James Stanley Allcard died and his family sold its majority shareholding. In a very hostile take-over the McGee family had to withdraw from the battle and the company was acquired by the James Wilkes Group. The old family firm was exposed to a series of changes as assets were disposed of, staff numbers reduced and capital investment frozen.

1993 More change was to follow when James Wilkes was in turn acquired by the conglomerate Suter plc. Suter set out to drive down costs even further, seeking a leaner operation and installing central controls, and investing some £2 million in 1994 on CNC equipment.

1995 Suter plc was in its turn acquired by Ascot Holdings.