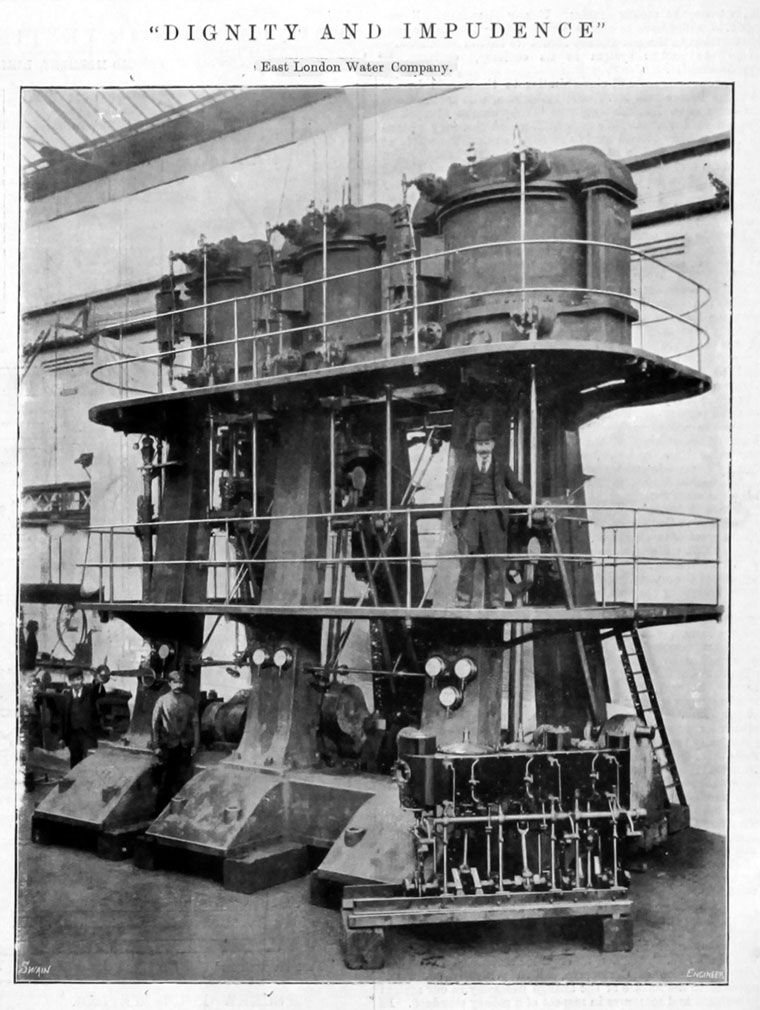 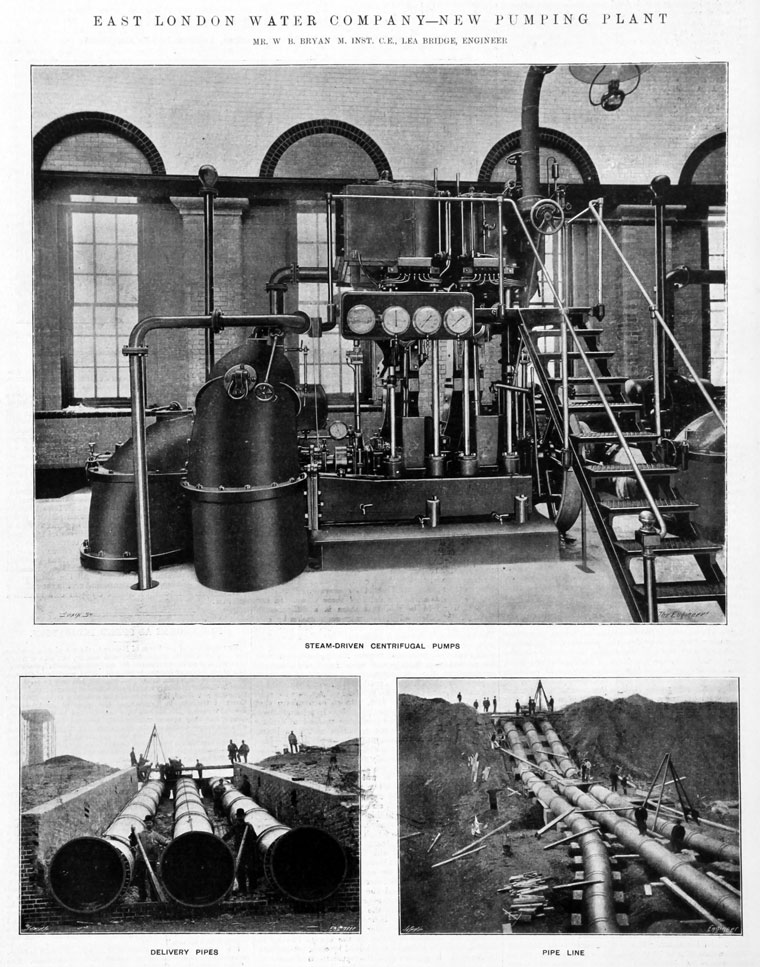 Carried out under various names and owners until 1807 when it was styled East London Waterworks Co by Act of Parliament.

1809 Ceremonial opening of the East London Waterworks which took water from the River Lea, into reservoirs and then pumped by steam-engines to the entry point for the mains serving East London; Mr Ralph Walker was the company's engineer[1]

1829 Thomas Wicksteed was chosen as Engineer to the East London Waterworks Co out of 32 candidates.

c.1840 Thomas Wicksteed was Engineer to the company

1850s and 1860s Charles Greaves was Engineer to the company

1875 George Seaton was appointed engineer-in-chief; in that capacity he designed and successfully executed extensive additions to the works at Lea Bridge, Woodford, and Buckhurst Hill, including filter-beds, covered reservoirs, a high-service tank, and two sets of pumping engines.

1898 As a result of annual rainfall being only half the normal level, the company introduced an intermittent supply; other water companies were also suffering but several had been able to help the East London, in particular the Southwark and Vauxhall Water Co which made a connection with the mains of the company through the Tower Subway[3]

1901 Two further reservoirs were being constructed[4]

1903 Compulsorily acquired by the Metropolitan Water Board, established to bring the 9 private water companies supplying water to London under a single public body.