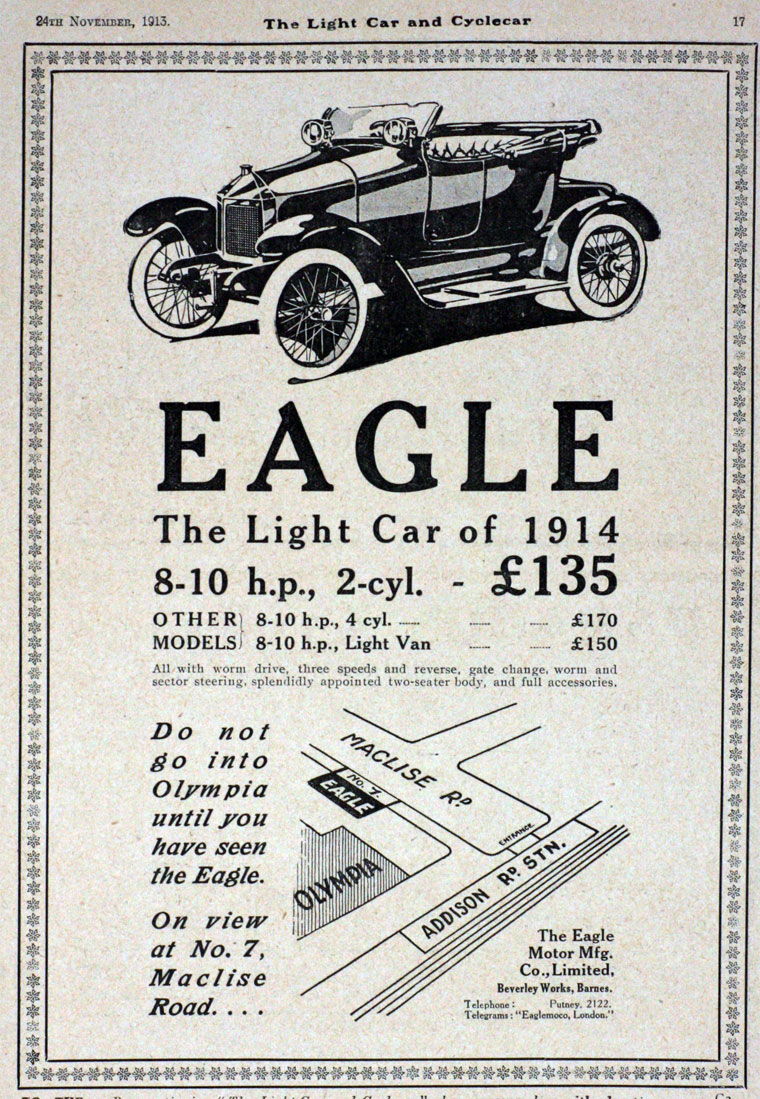 Early in the year the company announced an ambitious plan to produce a wide range of models. These included a 2hp lightweight with overhead inlet-valve, Druid forks and belt drive. This was to be followed by 3.5hp, 4hp and 8hp twins plus 2hp single- and 4hp twin-engined ladies’ models. In the spring they added a 10hp V-twin with a double exhaust.

Unfortunately these grand plans over-extended the company and it soon collapsed.