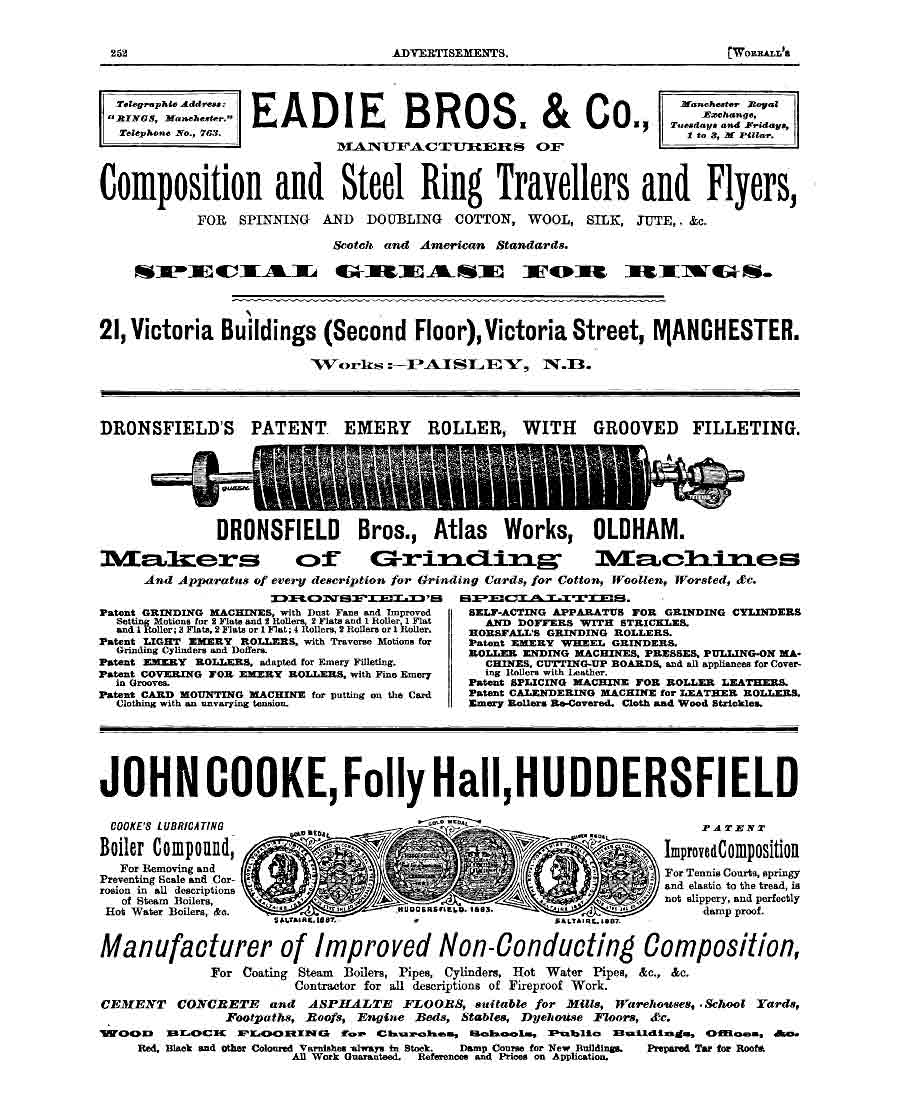 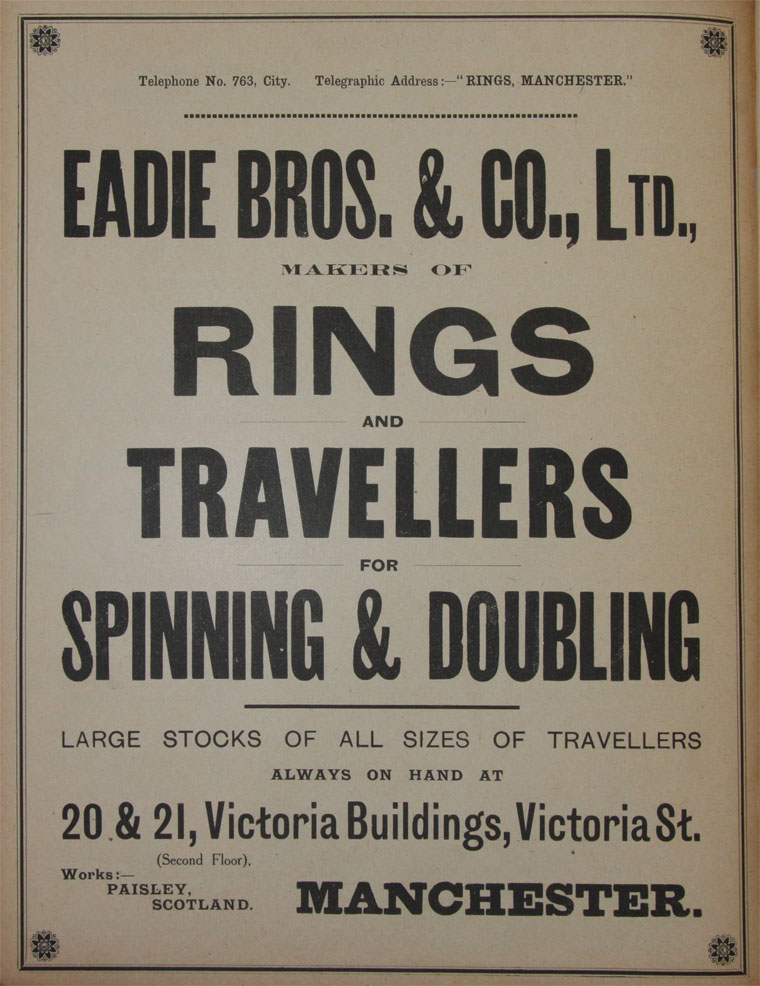 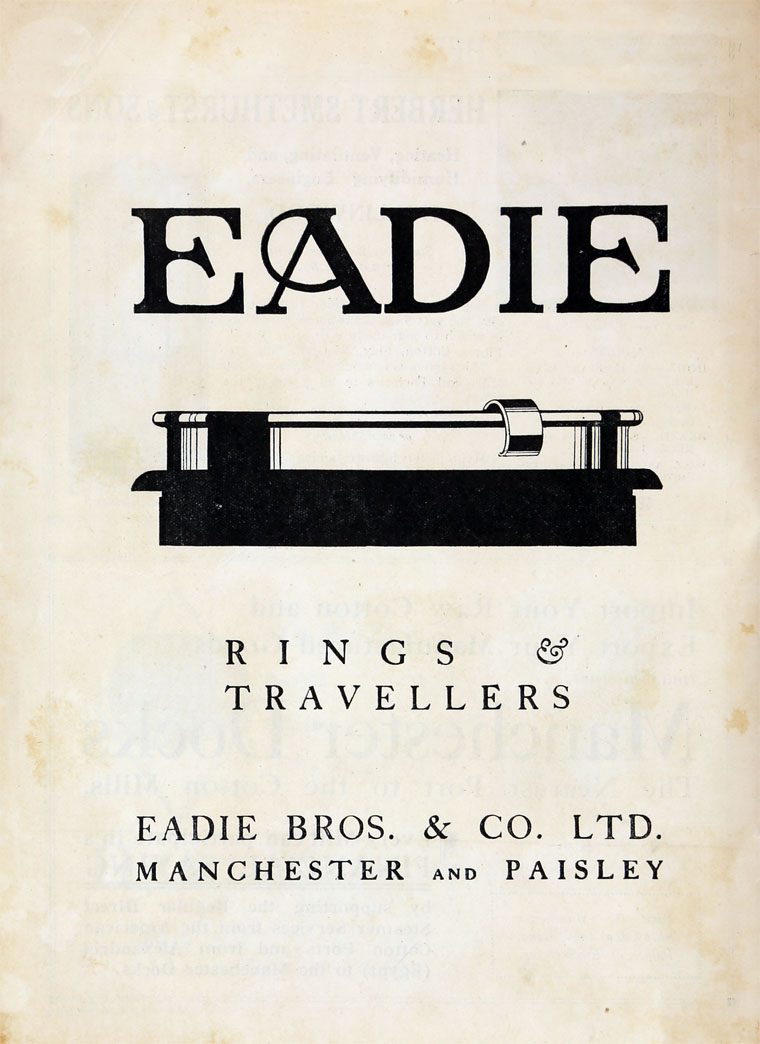 Eadie Bros and Co of 21 Victoria Buildings, Victoria Street, Manchester and their works at Paisley, Scotland.

1891 Makers of composition and steel ring travellers and flyers. [1]

1917 Advert. Makers of rings and travellers for spinning and doubling. [2]

1961 Manufacturers of spinning and doubling rings and travellers. [4]