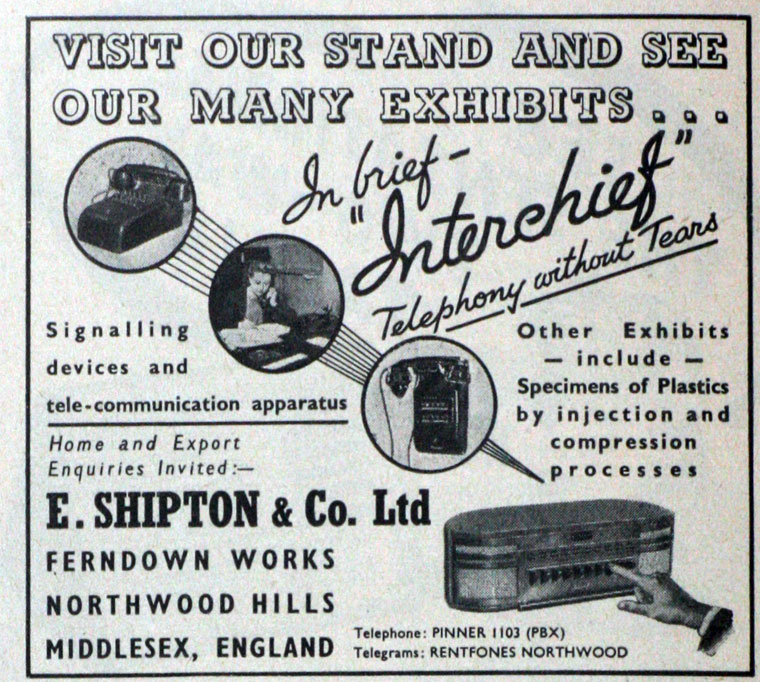 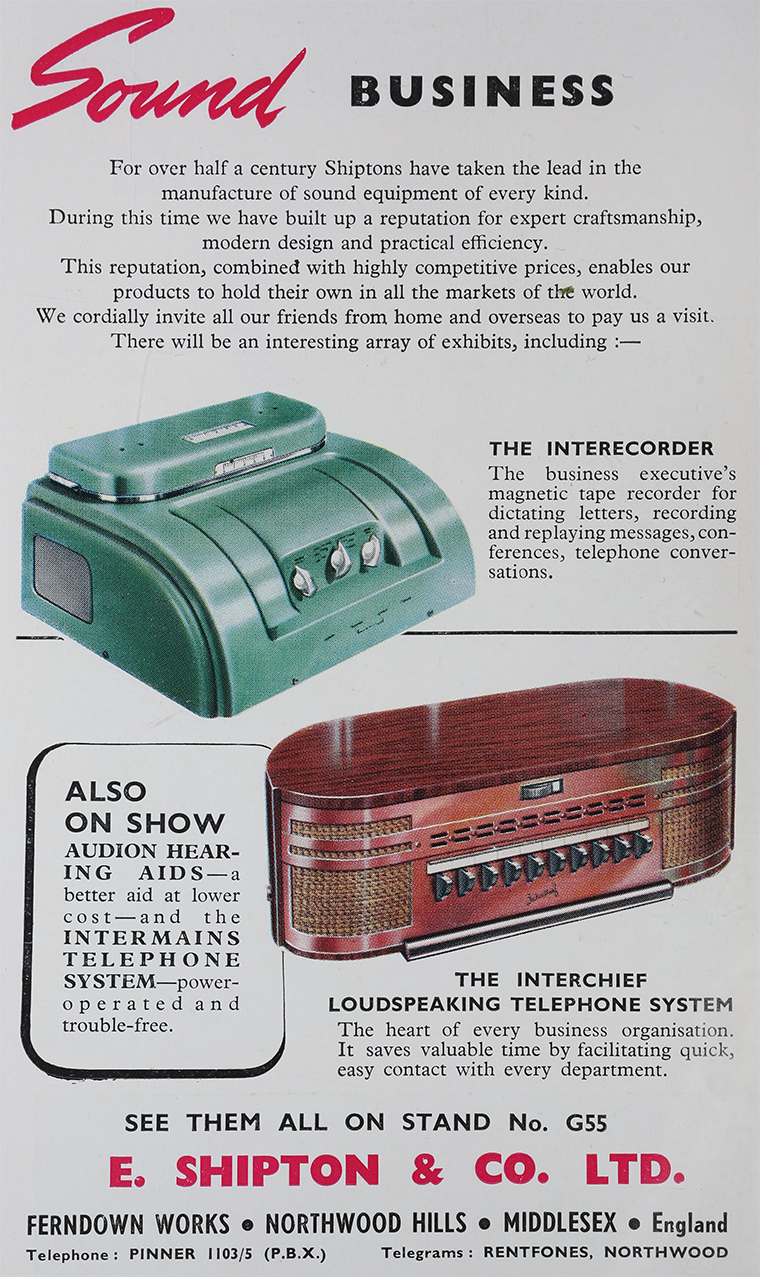 1890 The company was founded, beginning a company which eventually became National Telewriter Ltd. It also traces it history through the foundation and business of Shipton Communications, founded by Edward Shipton in 1923.

1900s Edward Shipton originally worked for the National Telephone Co in the early 1900s and then went on to work for Standard Telephones and Cables (STC).

1923 Edward Shipton decided to set up his own business and started business from premises in Dartmouth Street, London SW1, by laying telephone lines, but was soon to purchase telephones and then to install systems.

By the 1930s, Shipton had built up a reputation and had started to employ staff, and the company grew. In the pre-war years, Shipton’s were supplying and installing a variety of systems on both sale or rental agreements. One remarkable development by was a Digital Timing Switch Board, with a digital light display. This could time and display with accuracy up to 100th/second, and at one time was used at the White City Stadium for timing races. It was about to be used by the Horse Racing Board when the country was plunged into war and all the planning was abandoned.

1937 During the latter part of the year, Shiptons moved to new premises at The Broadway, St.James Park, London SW1.

1939 On the outbreak of war, many businesses started to move out of London, so Shiptons leased lock-up garages at Northwood Hills, Middlesex, and set up a factory for war work. Although they vacated the premises they had occupied for the past three years at The Broadway, the Company now set up offices and a workshop at St. Stephens House on the Embankment, Westminster. Shipton manufactured timing devices for bombs and guidance devices for torpedoes during the war, before returning to telephone devices again in peace time. It was around this time that Shipton began to discover the strength and versatility of plastics. One of their projects resulted in the development and manufacture of the barrel for the ball-point pen. With Shiptons discovery of the usefulness of plastics he went on to design the first deaf aid and then moved onto the toy business, creating toy cars and the first plastic doll that actually wet itself!

Meanwhile, the development in the telephone side of the business was still progressing. Shipton Developers had designed a push-button telephone to replace the Inter-Dial. Shipton also designed, developed and manufactured the first dictating machine known as Intercorder, followed by a new design called Intermains Recorder for system working. This was two machines on a rack which allowed the typist to transcribe whilst the other machine was recording.

1954, whilst Edward Shipton was in the USA, he became interested in a writing machine called Telewriter bearing a "made in England" mark. This allowed the transmission of hand written messages over internal or external telephone lines with a transmitter at one end and a received at the other. On his return home, investigations began and a machine was found at the Strand Palace Hotel. From them the owner of this Telewriter Company was located. The company was called National Telewriter Ltd and were struggling financially. A deal was struck and National Telewriter Ltd was put into liquidation and the assets of the company were acquired by E. Shipton and Co Ltd, in late 1954.

1960 The company turned public. The managing director of another telecoms company, Colin Wills of a private company, the English Telephone Co, had an ambition to amalgamate many of the small telephone companies into one dynamic enterprise. In 1960, Edward Shipton decided to retire and sold his shares to Colin Wills who sold his own private company to Shiptons[2].

1960 As a result of this reverse takeover, Wills formed Shipton Automation Ltd and a new chapter of the name of Shipton began.

Throughout the '60s, the Company developed its telecommunications interests, acquiring names such as Modern Telephones.

In the 1980s, the UK liberalised its Telecommunications industry and Shiptons was one of the first to take advantage.

In 2005, DeTeWe- AG was sold to Aastra in Canada and DeTeWe Ltd changed its name to Communio Ltd. Shipton Communications is now owned entirely by Communio Group Ltd.