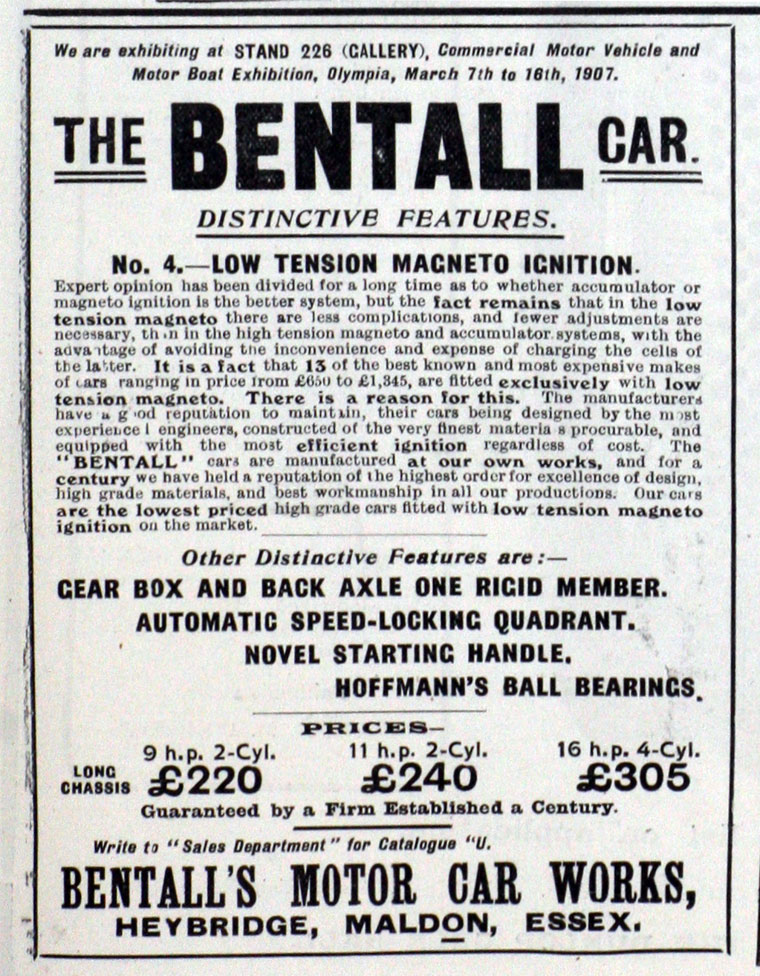 Note: This is a sub-section of E. H. Bentall and Co

1904 Produced two prototype cars. Ernie Linnett was made chief engineer of the department

1908 Started production of a range of engines initially from 2.5 to 7 hp and later extending the range to 9 hp. These first used the Crypto chassis and Lemoine front axle but Bentall later replaced these with ones of his own design

1909 Agents for London are the Long Acre Autocar Co