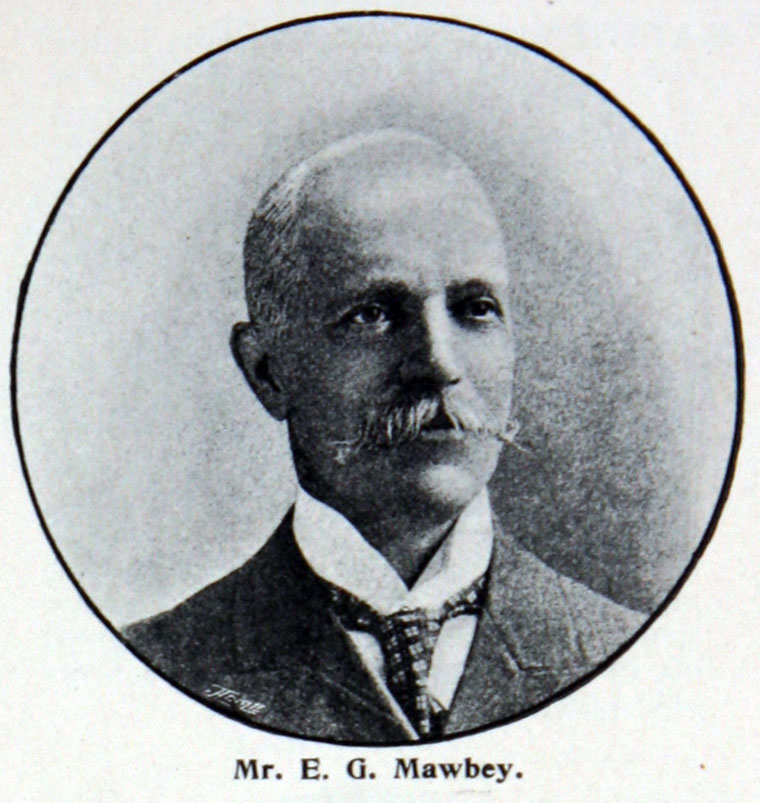 1904 MAWBEY, E. George, M.Inst.C.E., F.S.I., The Lodge, Syston, Leicester. Car: Darracq. Total distance travelled since becoming a motorist: 9,000 miles. Hobbies: Shooting, music. Is the borough and electric traction engineer, and also surveyor of Leicester; is President of the Leicestershire Automobile Club, and has done good work for the advancement of automobilism. In June, 1901, Mr. Mawbey, in his capacity as President of the Incorporated Association of Municipal and County Engineers, most heartily welcomed many members of the A.C.G.B. & I., and its Nottingham and Midland branches at the Engineers' annual meeting, at Leicester, when between forty and fifty cars were placed at his disposal for conveying municipal engineers on various inspections in Leicester and county. In his presidential address, and on other public occasions, he has strongly put forward the merits of the motor car and self-propelled vehicles for various reasons, not the least being from the sanitary point of view. Although Mr. Mawbey is so greatly absorbed in his professional work, and was one of the finally selected candidates for the Chief Engineership to the London County Council, when vacated by Sir Alexander Binnie, withdrawing therefrom on the Leicester Corporation preferring to make it worth his while to remain; still, in addition, to motoring, he enjoys the reputation of being one of the ablest solo-flautists of the day. Clubs: Municipal and County (London), Leicestershire Automobile. [2]

1904 MAWBEY, Mrs. E. George, The Lodge, Syston, Leicester. Is an enthusiastic motorist, drives a 12-h.p. Darracq, and understands the technique as well as the generalities of motoring. She is a member of the Leicestershire Automobile Club, of which her husband, Mr. E. George Mawbey, is the president. [3]