E. A. Radnall and Co 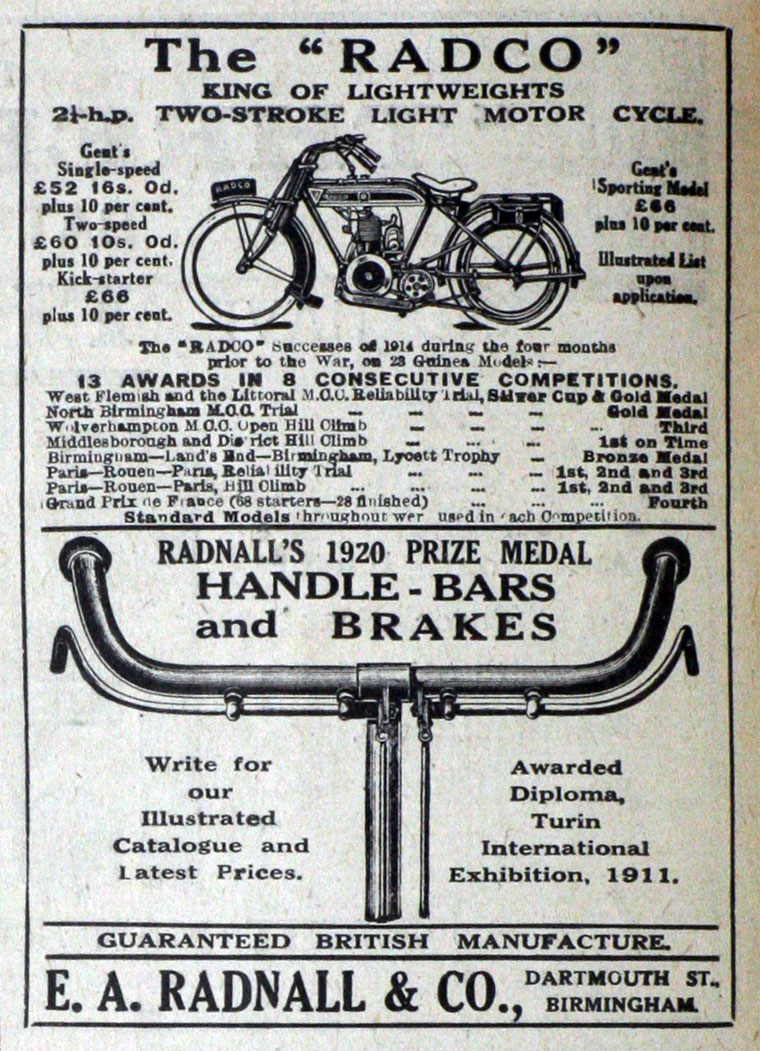 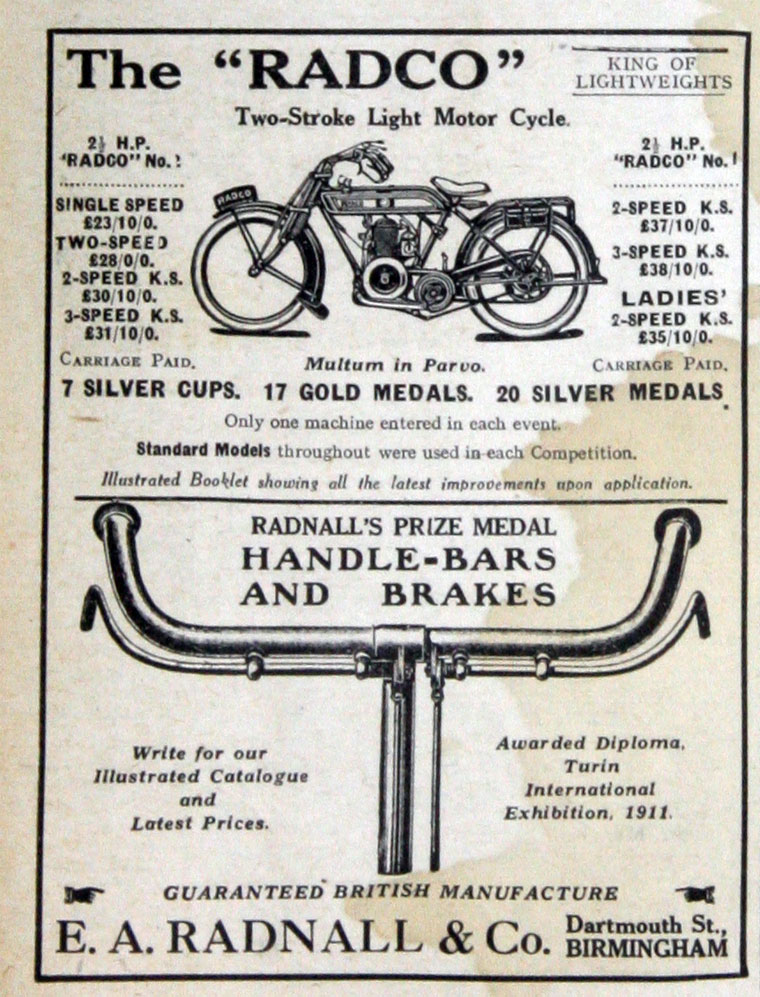 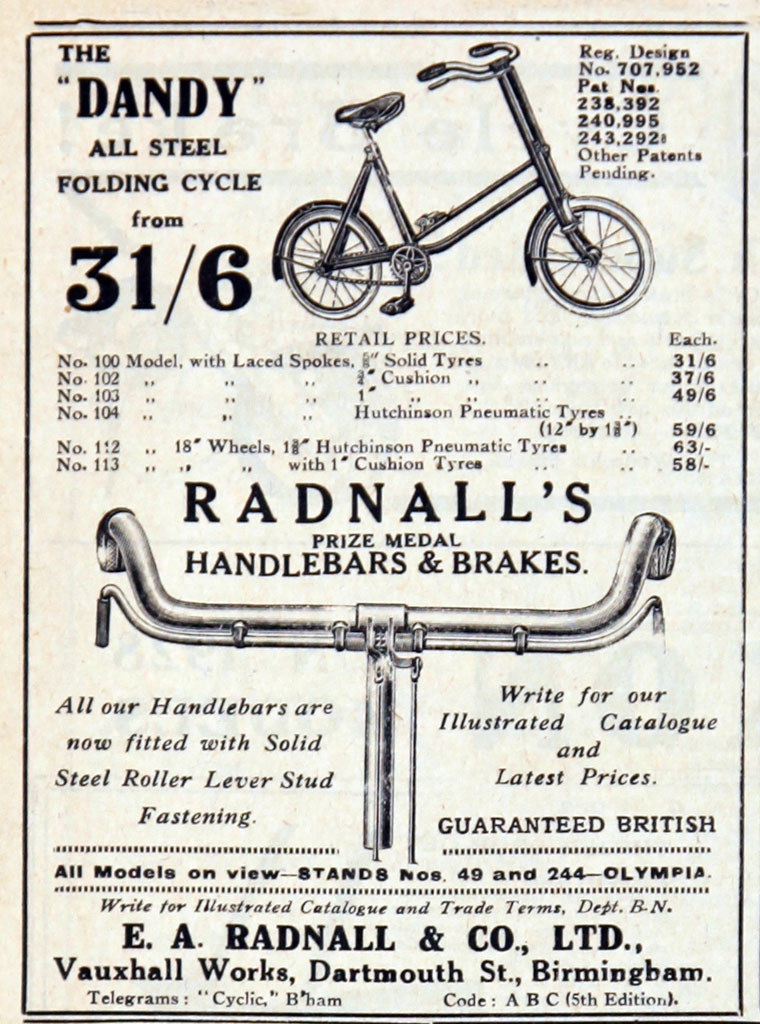 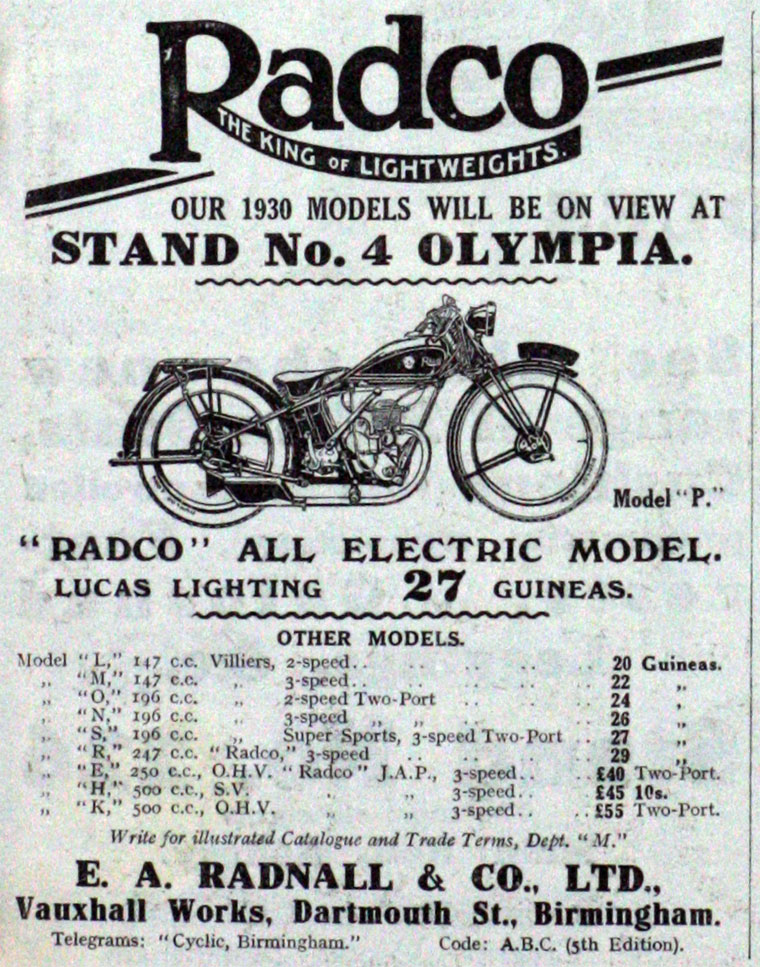 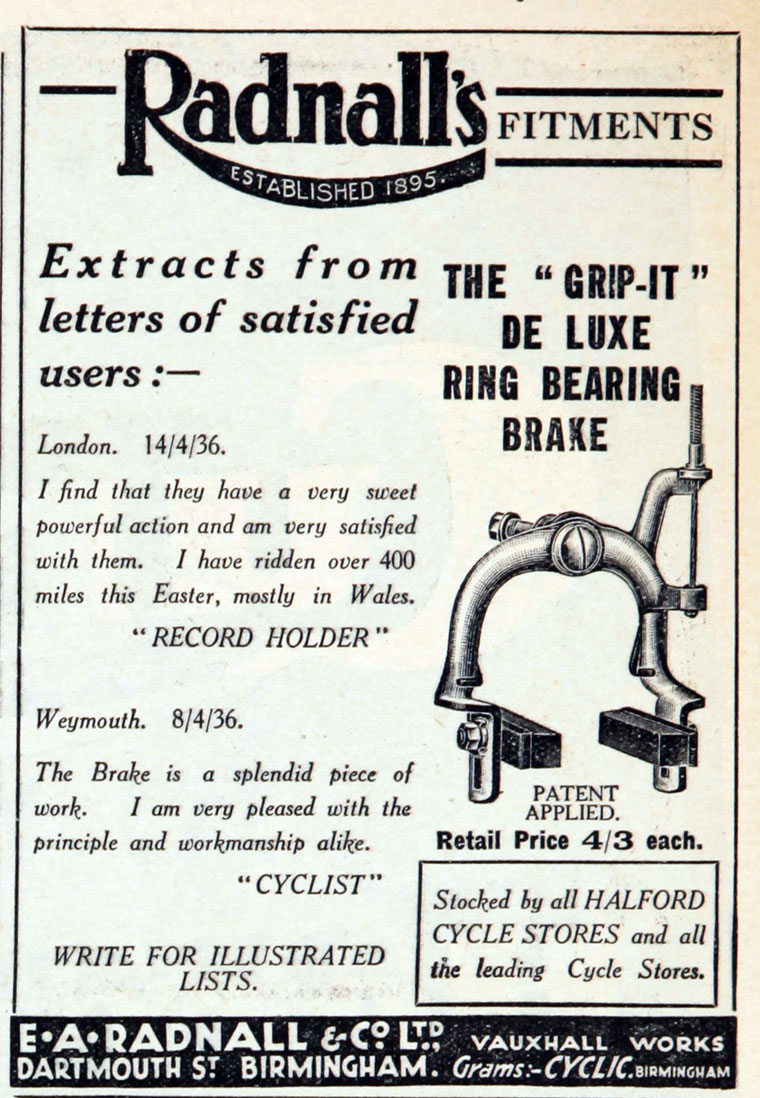 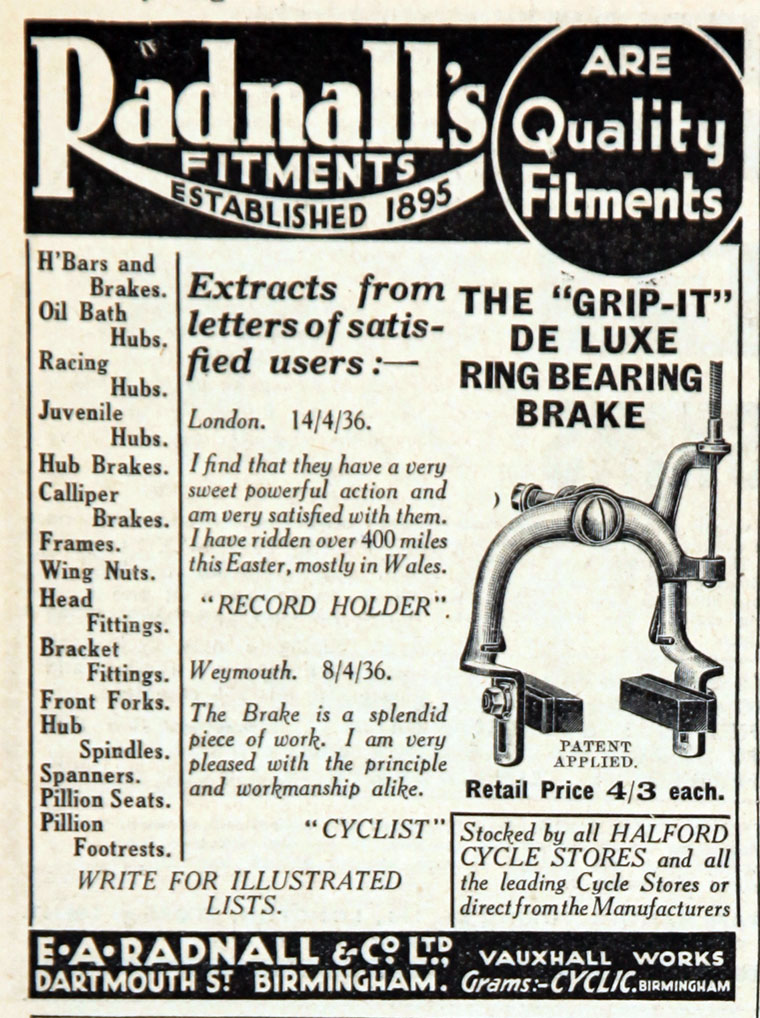 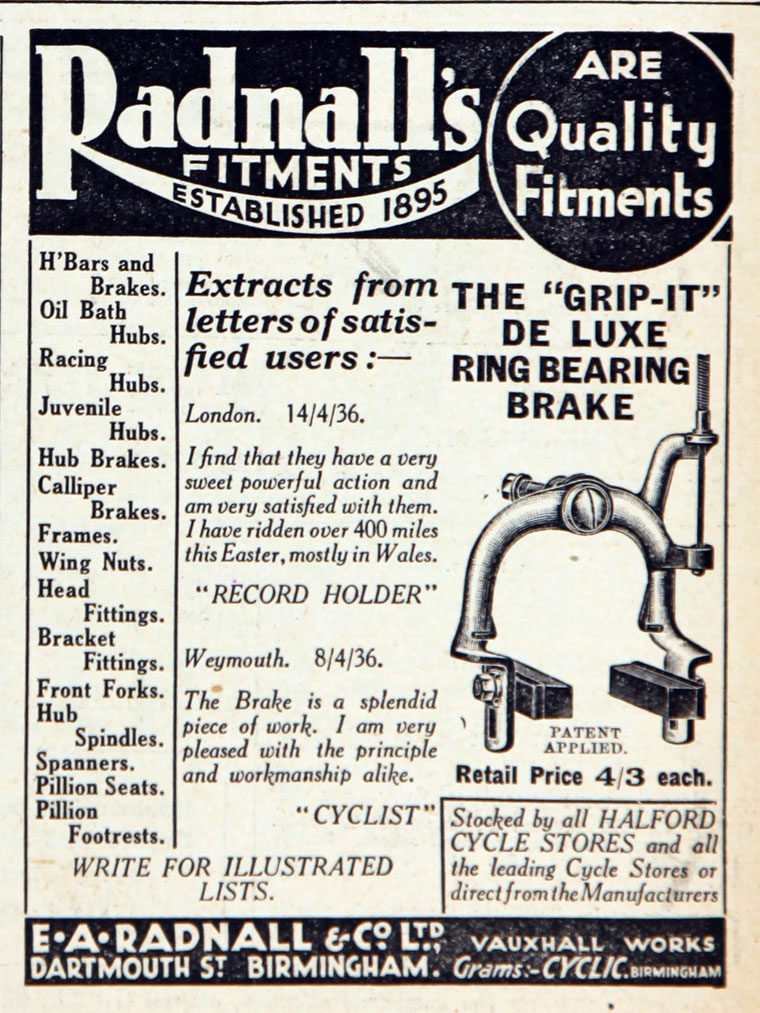 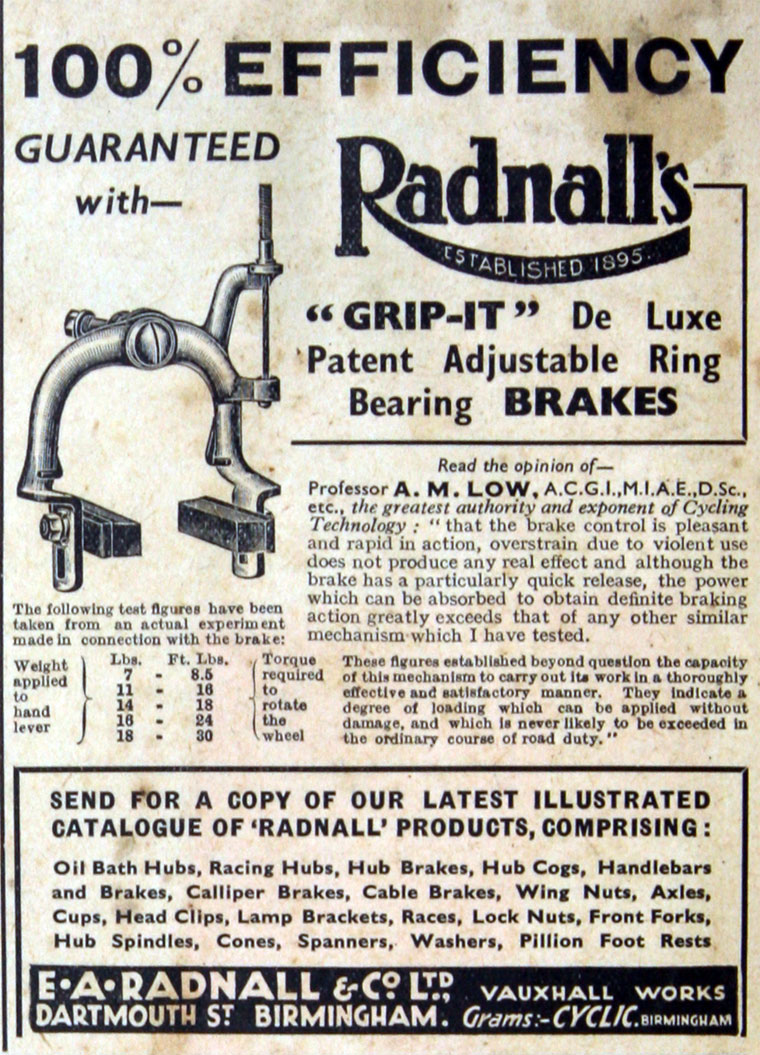 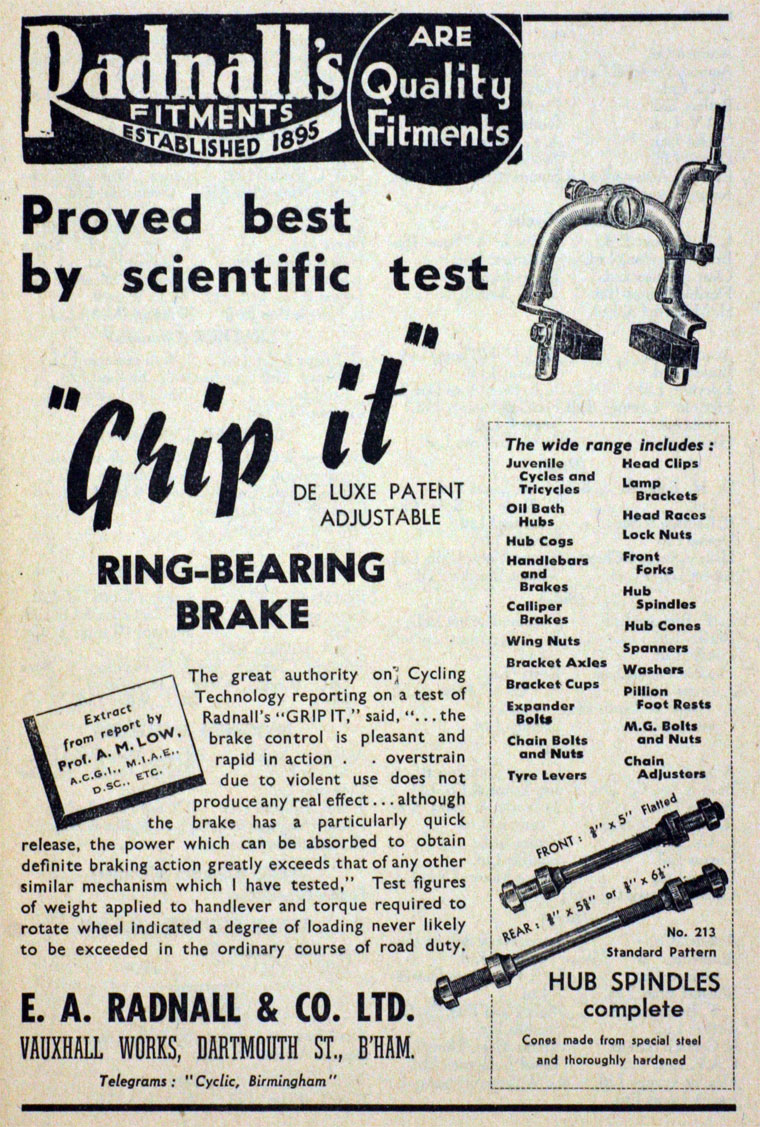 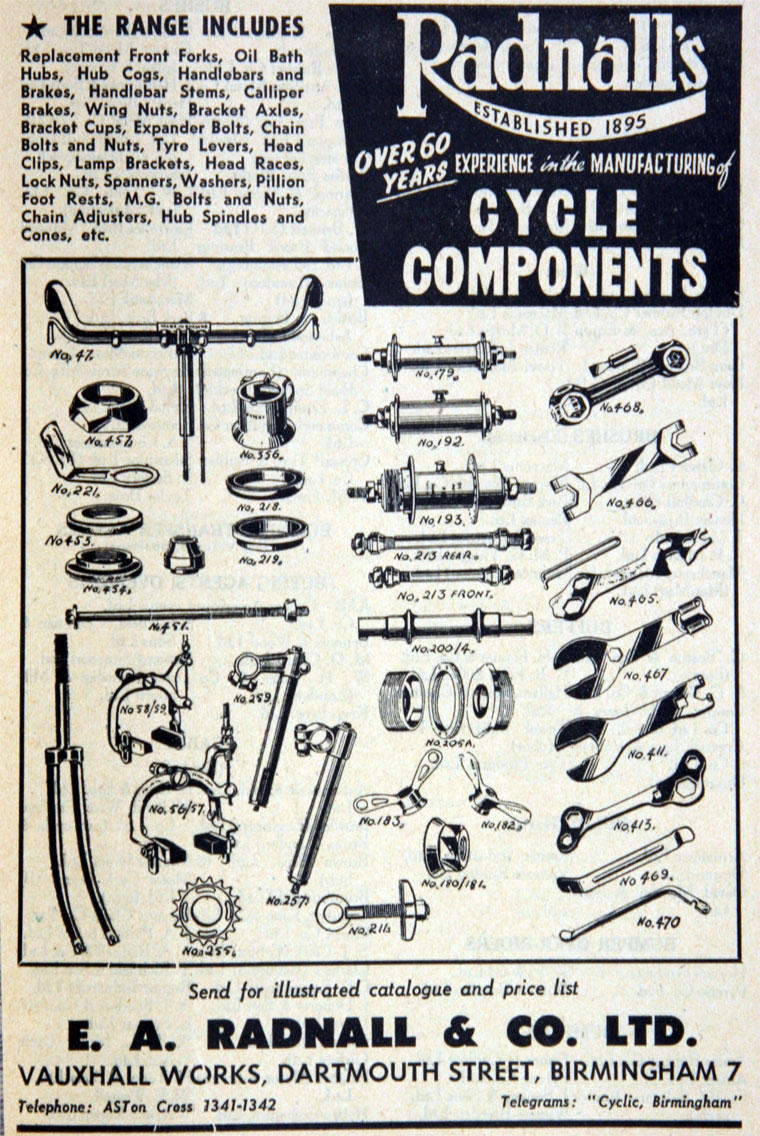 1913 Late that year the marque was first seen at the Olympia Show. The design was simple, with a vertically mounted 2.5hp two-stroke engine of 211cc, with rear magneto, petroil lubrication, external flywheel and Radco forks. A chain-driven two-speed Albion gearbox and belt final-drive, or a single speed with direct belt were offered.

1920 That model was joined by a 247cc version. Gearboxes were changed to Burman with two or three speeds.

1921 The smaller engine was dropped and a ladies' moped was added, plus a complete sidecar outfit and various transmission choices.

1928 By now there were also two 490cc models, both with JAP engines. One was an sv and the other a sports model with a choice of single or twin-port engine and called the Radco Ace.

1929 All the models were retained, but the 247cc changed its engine to a Villiers, plus an Albion three-speed gearbox.

1932 By now the range had been cut to just the two-strokes.

1933 The models of the previous year continued, after which they dropped motorcycle production and manufactured components only.

1954 The name returned on a lightweight that revived the Ace name. It was fitted with a 99cc Villiers 4F, two-speed engine unit and leading-link forks. This was a prototype but nothing more was heard of it.

1966 Late that year the name re-surfaced once again for the Radcomuter. This very basic machine was a mini-bike powered by a 75cc sv Villiers lawn-mower engine. Typical of its type, nothing further came of it.