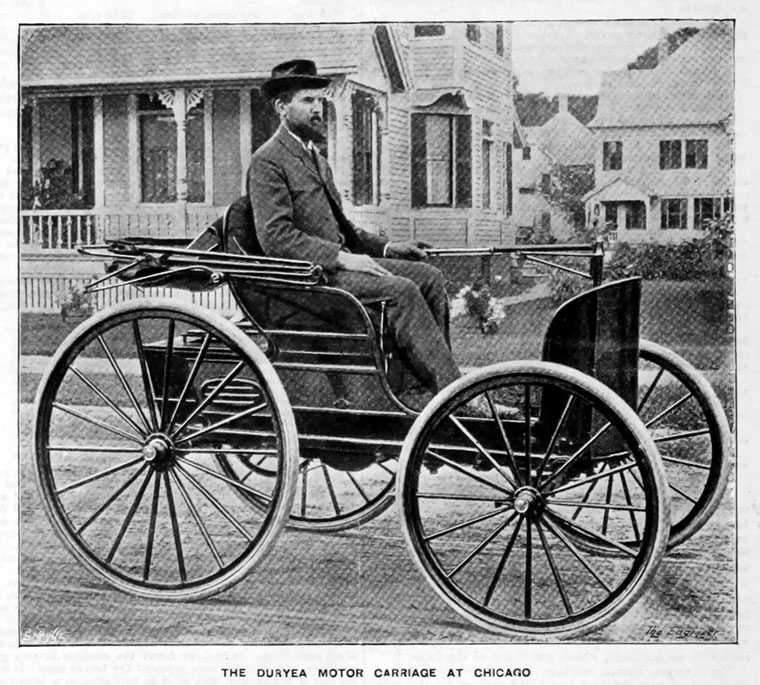 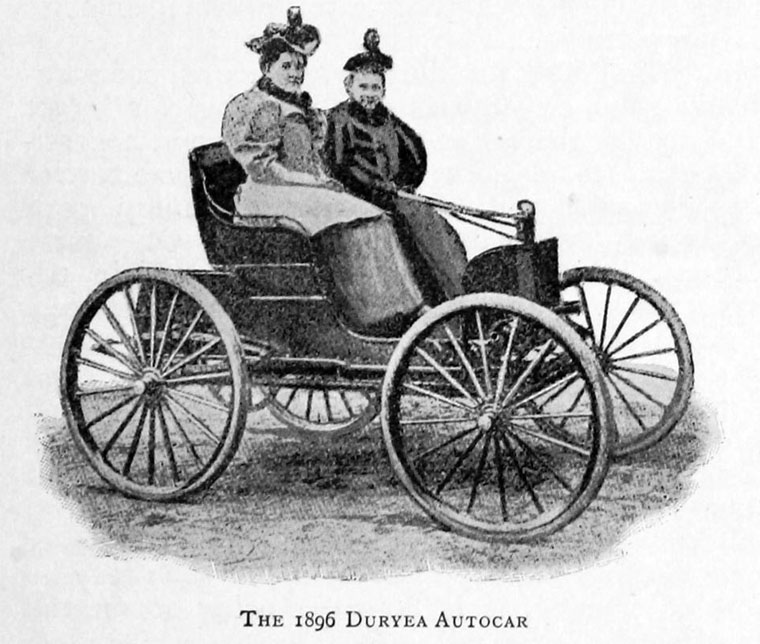 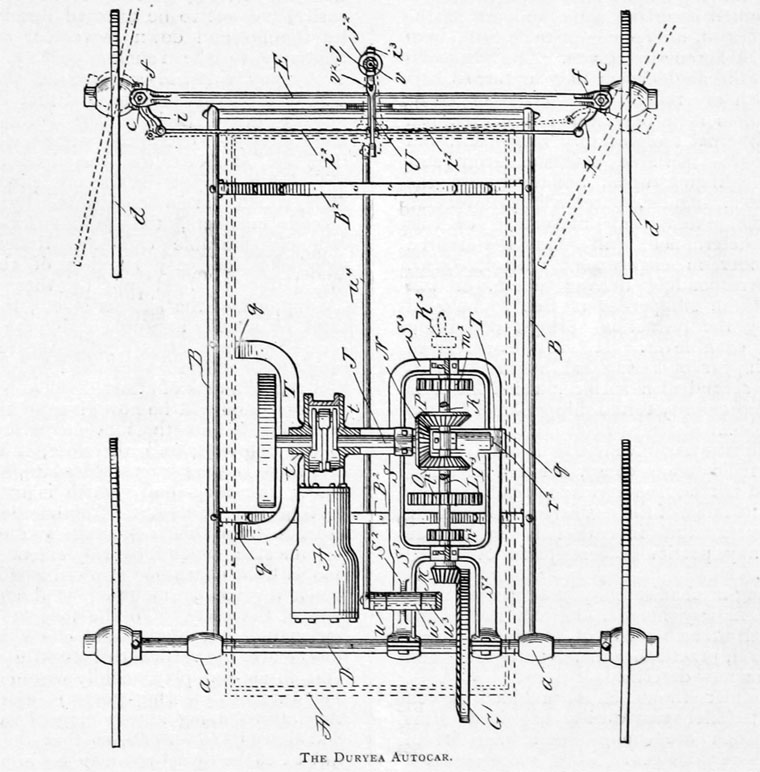 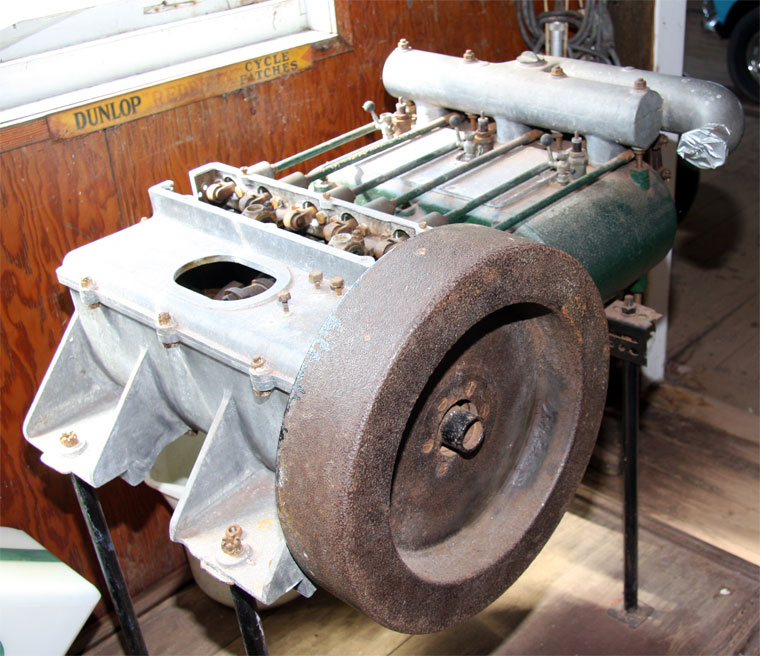 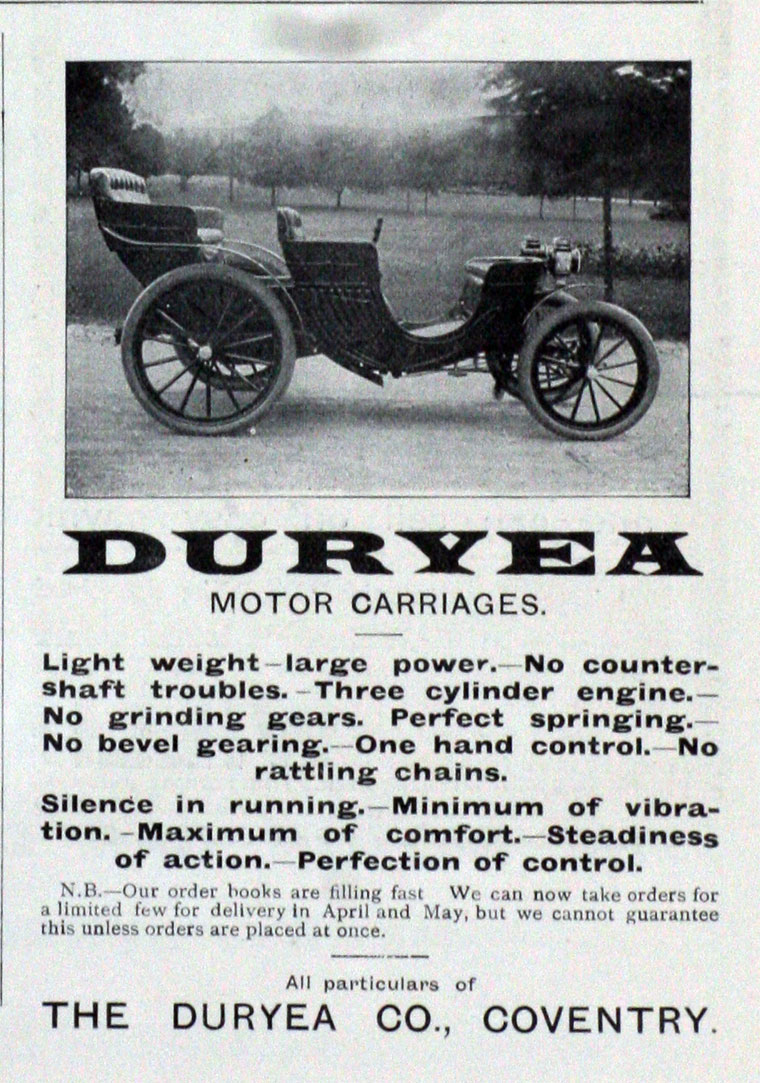 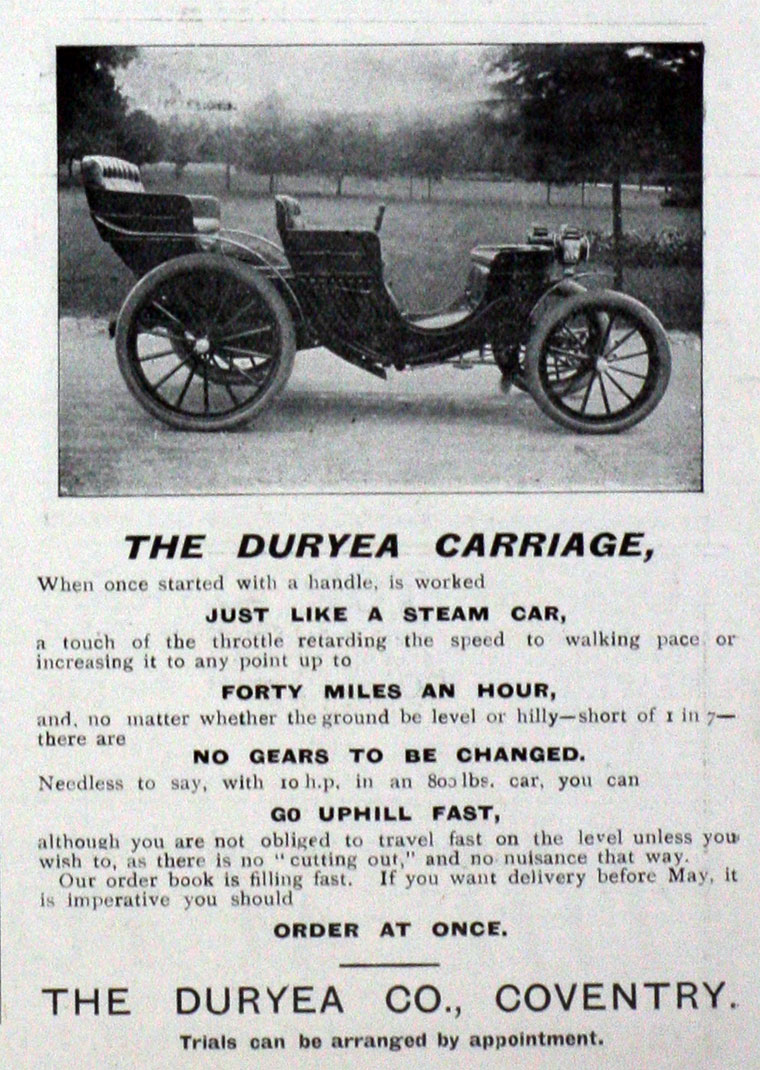 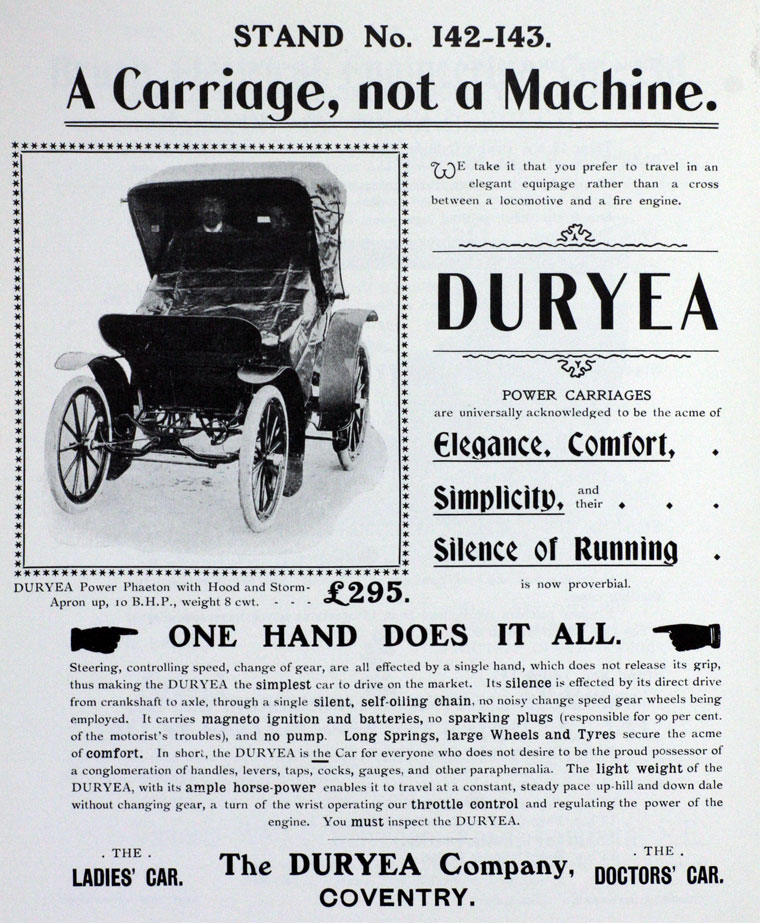 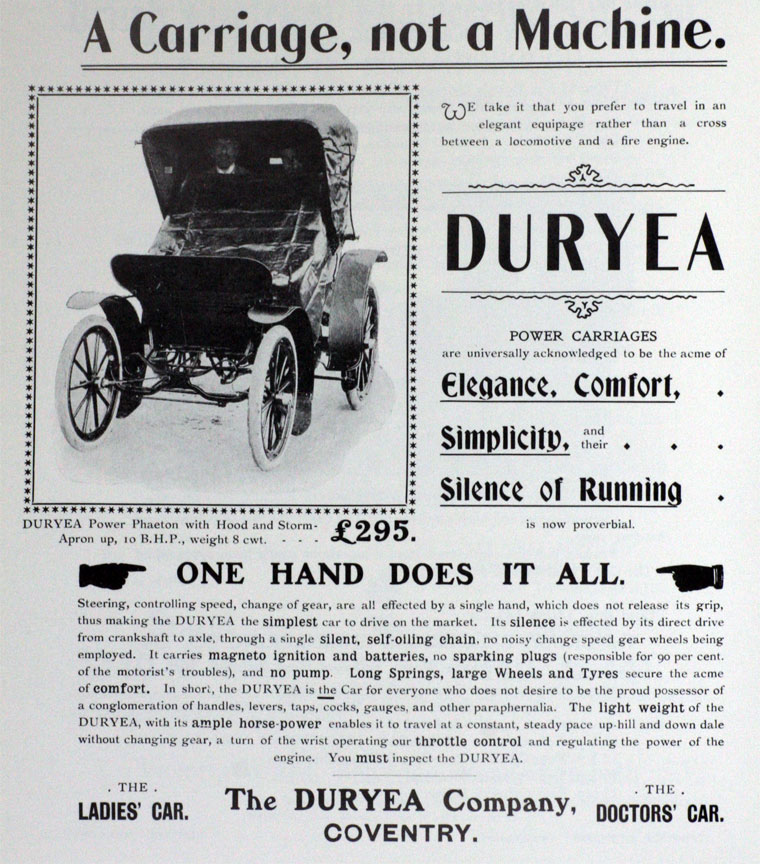 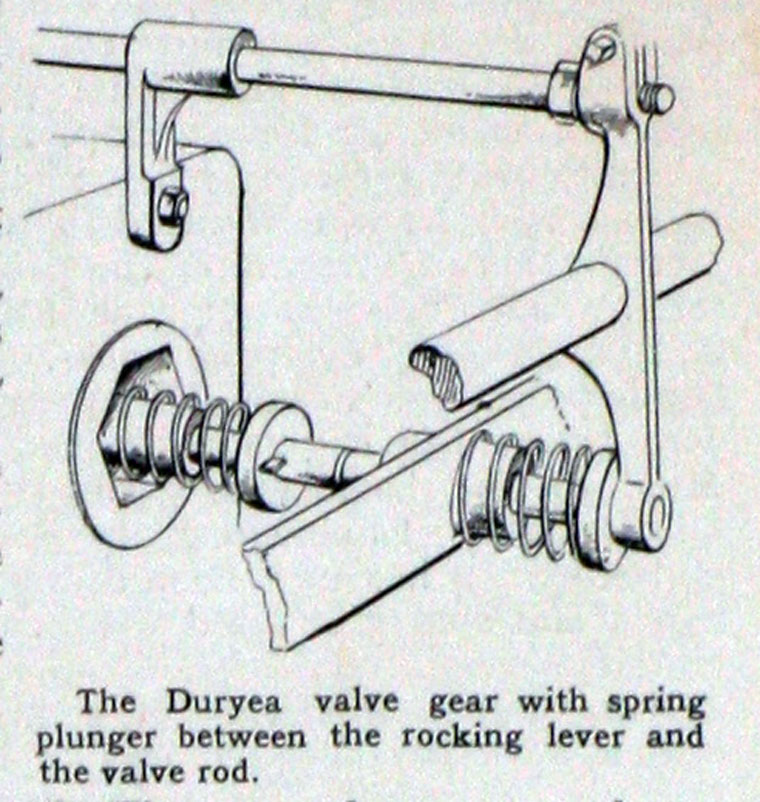 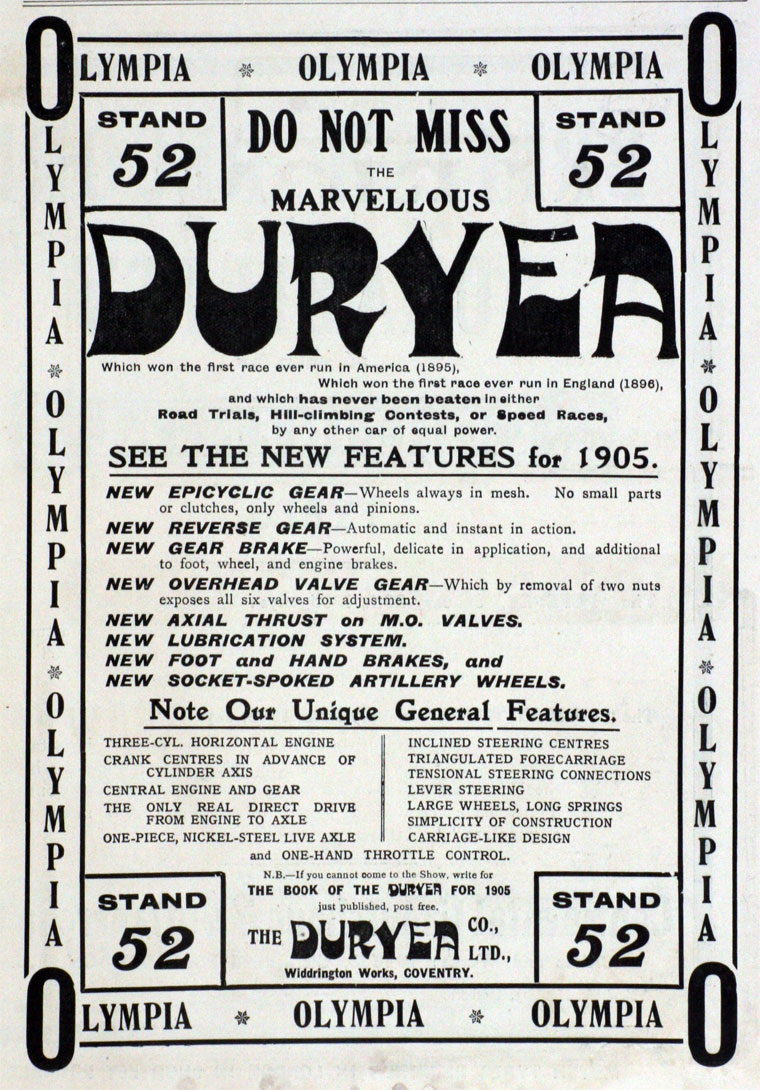 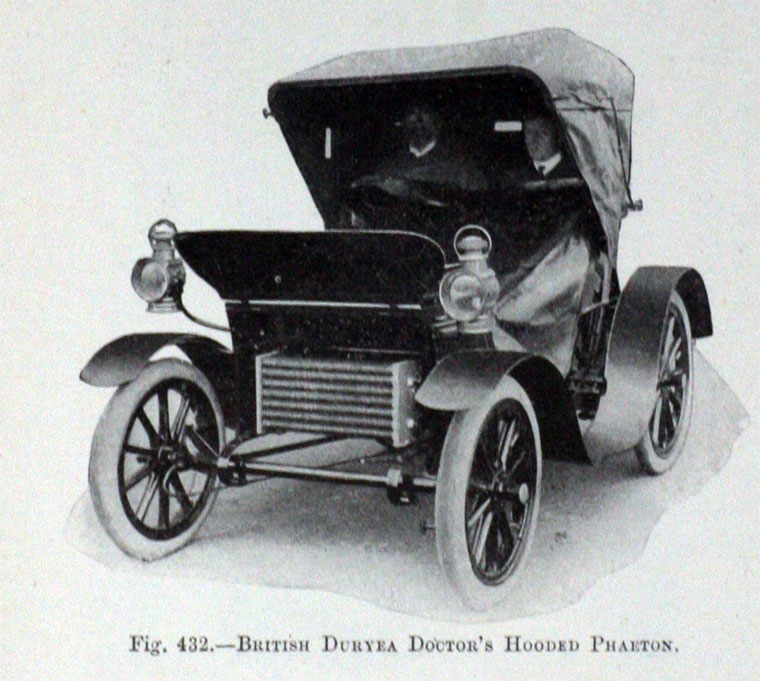 Duryea of USA and of Coventry

Originally of American construction; made cars in the UK from 1902.

1896 established a company, the Duryea Motor Wagon Company, to build the Duryea model automobile, the first auto ever commercially manufactured.

Charles Duryea sought out investors and buyers while his brother, Frank Duryea, primarily handled the mechanical side of the business.

1900 Frank set up the Hampden Automobile and Launch Company (Springfield), while Charles joined J. Stevens Arms and Tool Company, who were about to start developing cars; they took over the factory of steam car and bicycle maker Overman (car company), sharing the premises for several months, to make the Stevens-Duryea car.

1902 Stevens-Duryea's runabout was imported to Britain by Joseph Baker and Sons[1] but did not succeed there; in the U.S.A. it survived several years.

1902 Henry Sturmey set up the Duryea Co in Coventry which built the car under licence for a few years The engines were made by Willans and Robinson in Rugby.[2]

1902 Advert: Motor Carriages from the Duryea Co of Coventry.