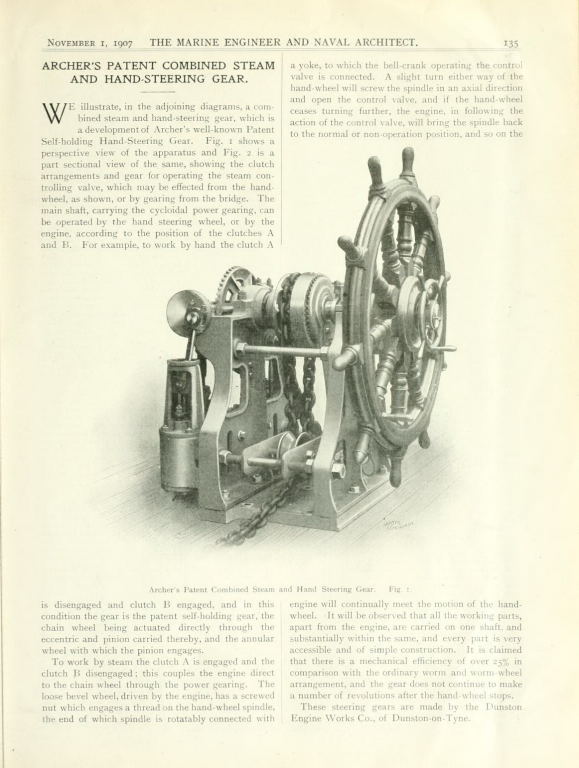 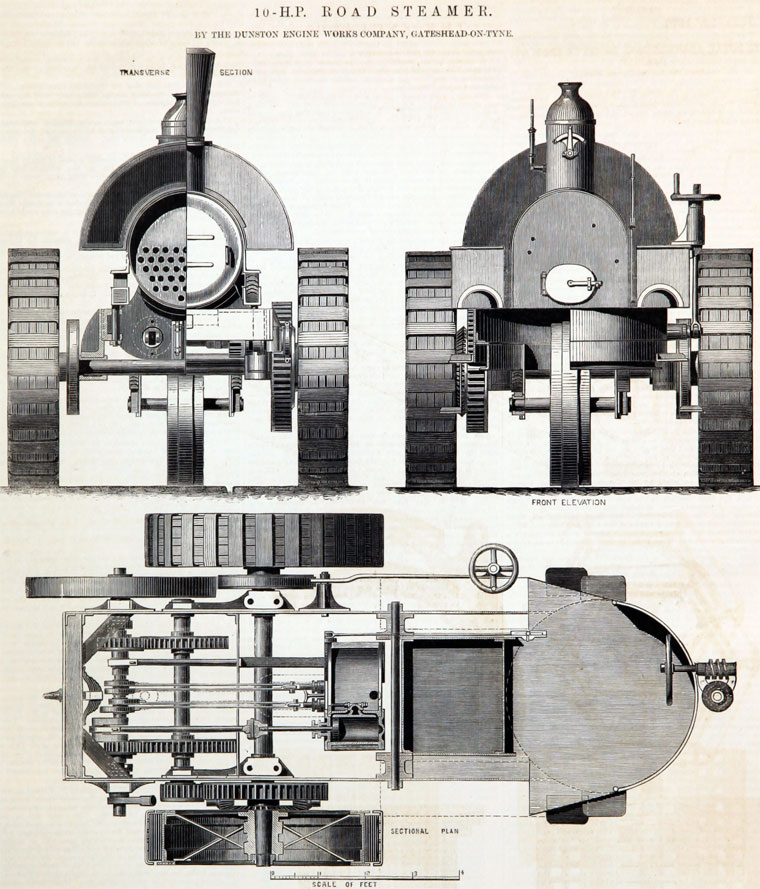 1872 'A road steamer invented by Messrs. Archer and Hall was made in 1872 by the Dunston Engine Works Company, Gateshead-on-Tyne, the chief feature of which was the chain armour placed round the india-rubber tyres of the driving wheels. The two cylinders 7 in. diameter, and 10 in. stroke were placed beneath the boiler barrel. The crankshaft, countershaft, and axle were carried on an independent frame of wrought-iron plates extending from end to end of the engine. The feed water was carried in a saddle tank placed above the boiler barrel; and the whole engine was mounted upon springs, so arranged that under all circumstances and conditions, the spur gearing never altered its relation to the several pitch circles.' [2]