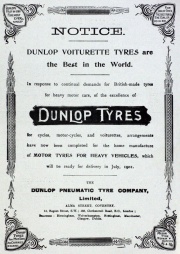 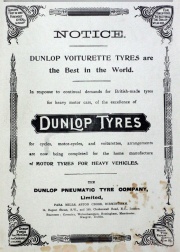 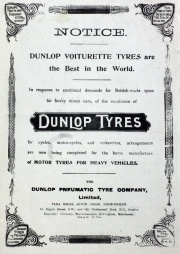 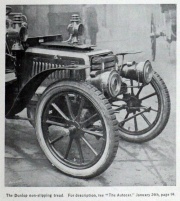 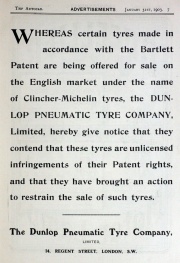 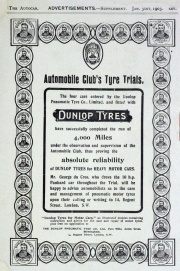 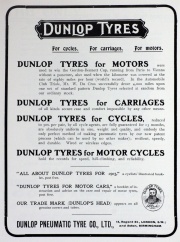 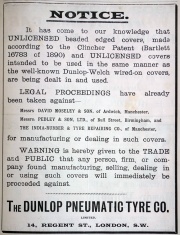 February 1903. Legal action being taken against David Moseley and Son, Pedley and Son and the India-Rubber and Tyre Repairing Co. 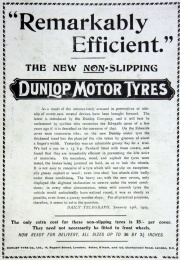 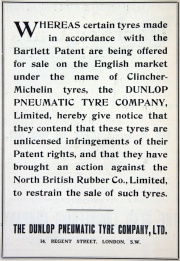 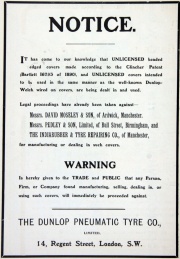 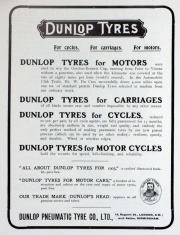 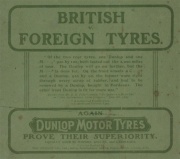 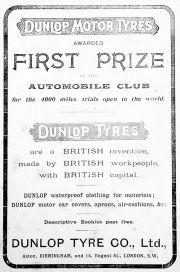 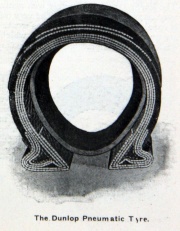 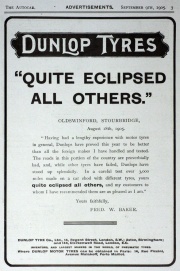 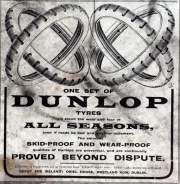 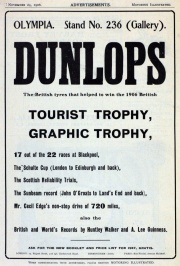 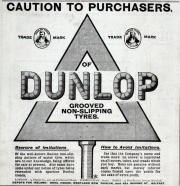 The shareholders listed were

1896, at the age of 56, John Boyd Dunlop transferred control of the patent and the company to William Harvey Du Cros. In return he was given 1,500 shares in the new company, which still bore his name, and he retired to Dublin. [5]

1896 Dunlop Cycle Co was formed by Dunlop. The name was later changed because of conflict of interest in making pneumatic tyres as well as bicycles. The new name chosen for its bicycle producing arm made use of the Ariel trademark, which had been acquired with an earlier acquisition by Dunlop. The result was the Ariel Cycle Co[6]. Advertising referred to "Ariel late Dunlop"[7]

1897 onward. Very litigous period as they tried to defend their patents.

1902 Initially the Dunlop Pneumatic Tyre Co sub-contracted manufacture but by 1902 it had its own manufacturing subsidiary in Birmingham.

1907 In a re-structuring, the company set up the Dunlop Rubber Co by offering existing shareholders the opportunity to subscribe for shares to provide capital for the new company. [12]

1907 Lost their case to stop the Dunlop Motor Company of Kilmarnock using that name. [13]

1912 August. Financial issues between the company and the Dunlop Rubber Co. It was agreed to amalgamate the two companies[14] with transfer of assets and goodwill of this company to the Dunlop Rubber Co[15]. The Dunlop Pneumatic Tyre Co would change its name to the Parent Tyre Co to avoid confusion as it continued to pay dividends to its shareholders[16].