Grace's Guide is the leading source of historical information on industry and manufacturing in Britain. This web publication contains 140,434 pages of information and 227,382 images on early companies, their products and the people who designed and built them. 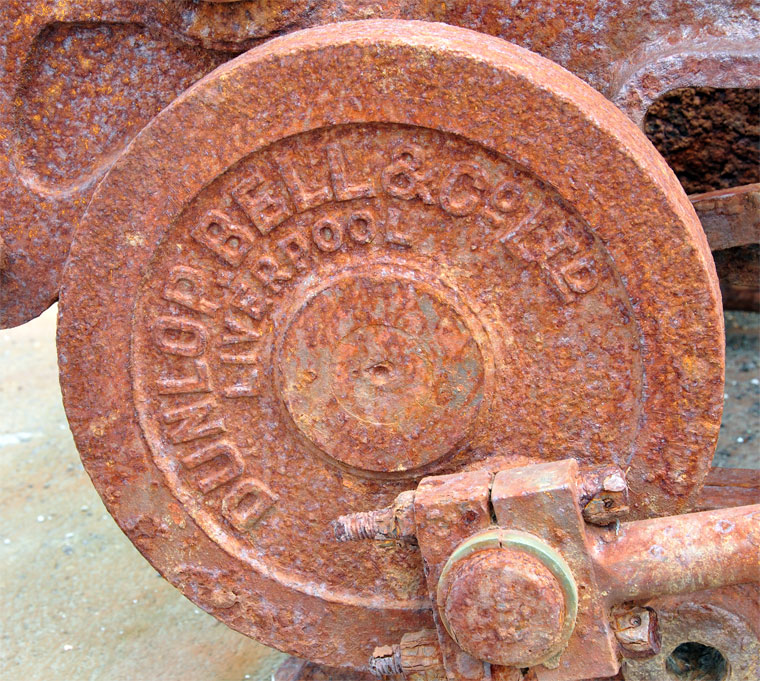 1885 'Horne v. Dunlop, Bell & Co. This case was before the Queen's Bench Division yesterday. It was an appeal from the decision of the County Court judge of Westminster in action brought by Mr. William Horne, engineer, of London, to recover £59 10s. from the defendants, Messrs. Dunlop, Bell, and Co., of the Albert Engine Works, Greenland-street, Liverpool, on account of commission upon orders alleged to have been secured for the defendants from Messrs. Blandy and Co., of Madeira......' [2]

1914 '....Charles Arthur Dunlop, an apprentice in the employ of Dunlop, Bell and Co., engineers, Bootle, and on November 22 last was assisting in repair work to a gantry in the yard of Messrs. Alfred Dobell and Co., Derby-road. The man with whom was working dropped a brass, and plaintiff went down recover it. When ascending the ladder with the brass he put his hand on the rail of the gantry to help him in getting up, and at that moment a crane was started without any warning being given, with the result that had his right hand badly injured, two of the fingers having to be amputated. Mr. Procter (instructed by Messrs. Evans, Lockett and Co.), for the plaintiff, said that in consequence of the accident Dunlop was unable to use spanner or hammer with the injured hand and that the injury put an end to the boy’s hopes of becoming a marine engineer ....' Awarded £250.[4]

A paragraph and photo appear in Peter Tatlow's book on British Breakdown Cranes. [5]

Two cylinder twin drum steam winch at Tilmanstone Colliery, Kent, in use until the pit closed in 1986[6]