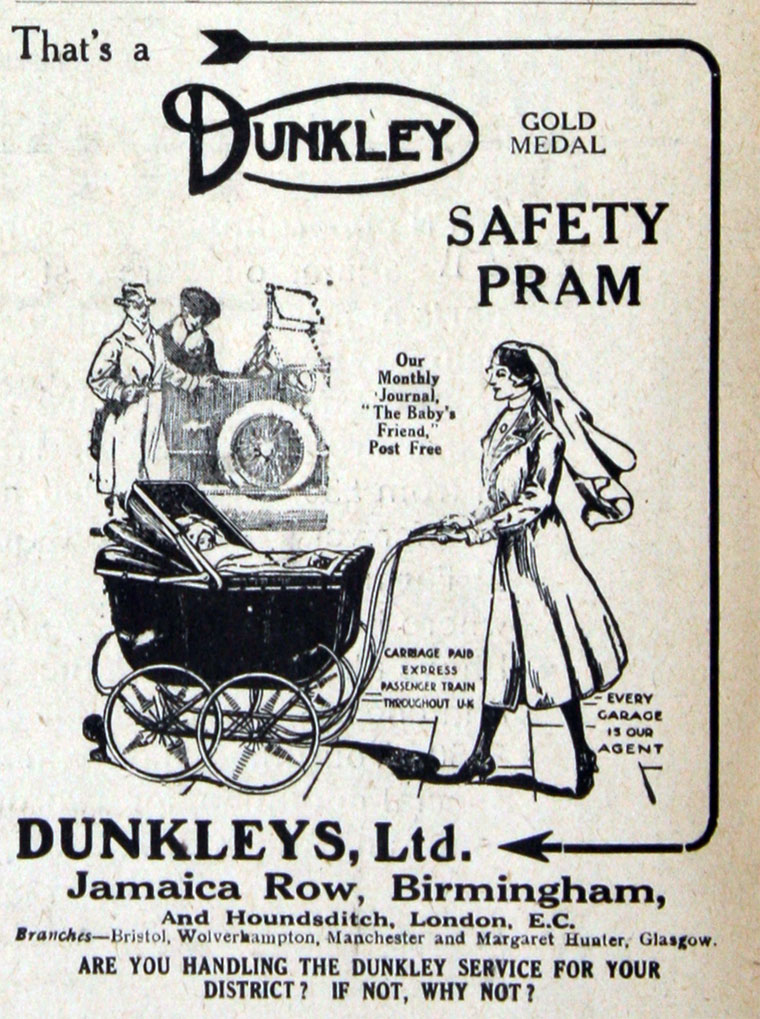 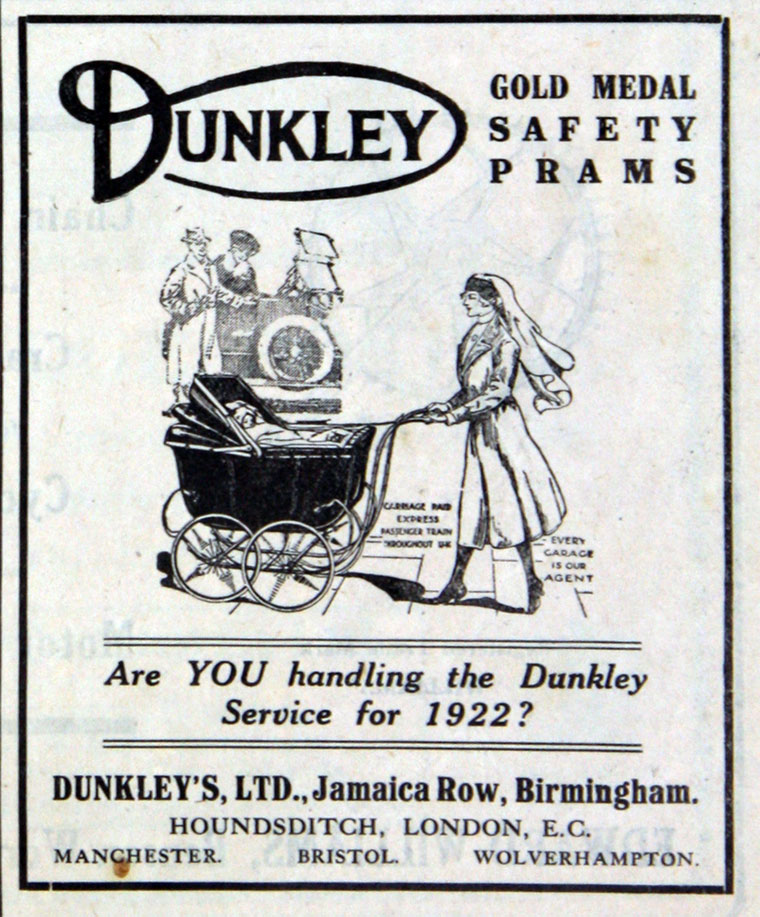 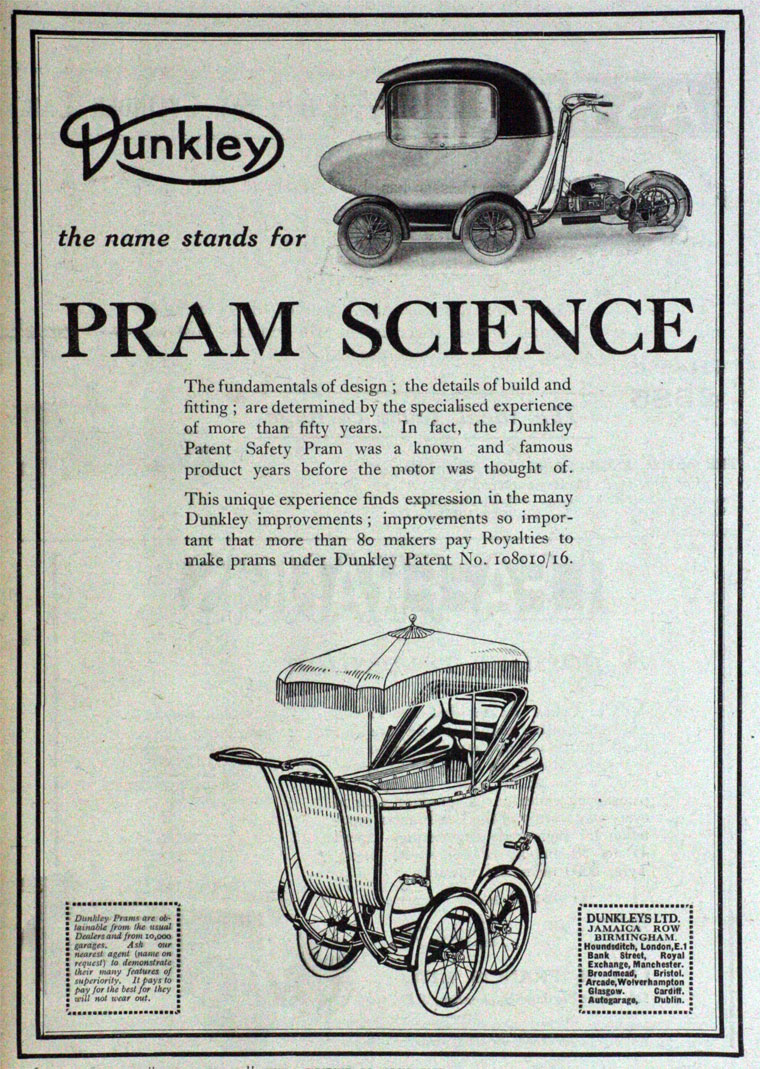 1897 January. Description and image of the gas-engined autocar.[2]

1906 Incorporated as a Private Limited Company.

1918 HENRY DUNKLEY, of the Dunkambulator Works, 75, Jamaica Row, City of Birmingham, in the County of Warwick, Manufacturer, do hereby declare the nature of this invention to be, as follows: This invention relates to the improvements hereinafter described, in canopies for perambulator and other like carriages, and has reference to that class of canopies in which an umbrella like frame is used to form the canopy