Grace's Guide is the leading source of historical information on industry and manufacturing in Britain. This web publication contains 148,113 pages of information and 233,645 images on early companies, their products and the people who designed and built them. 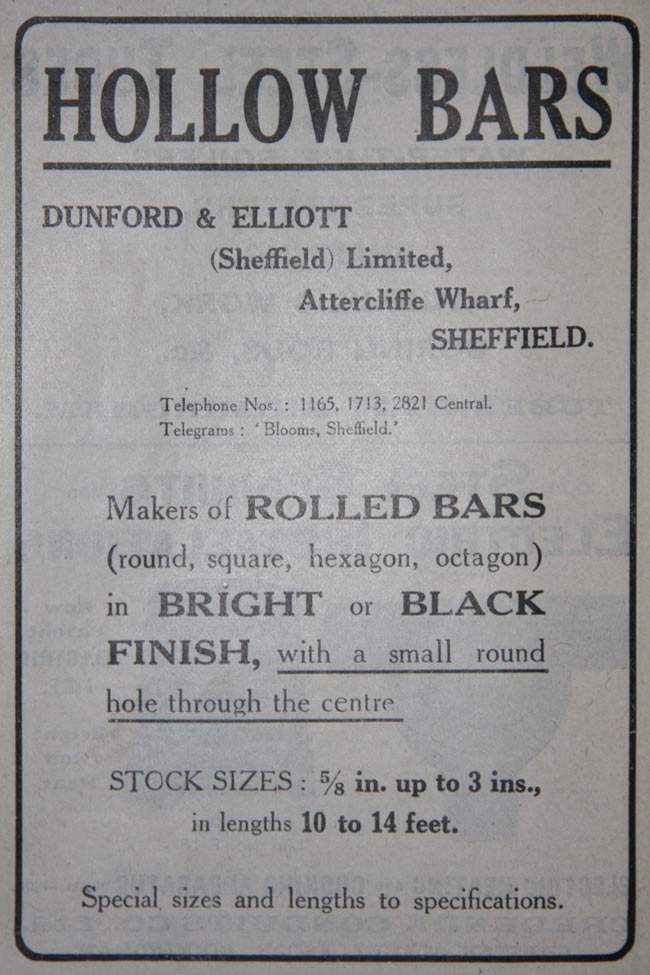 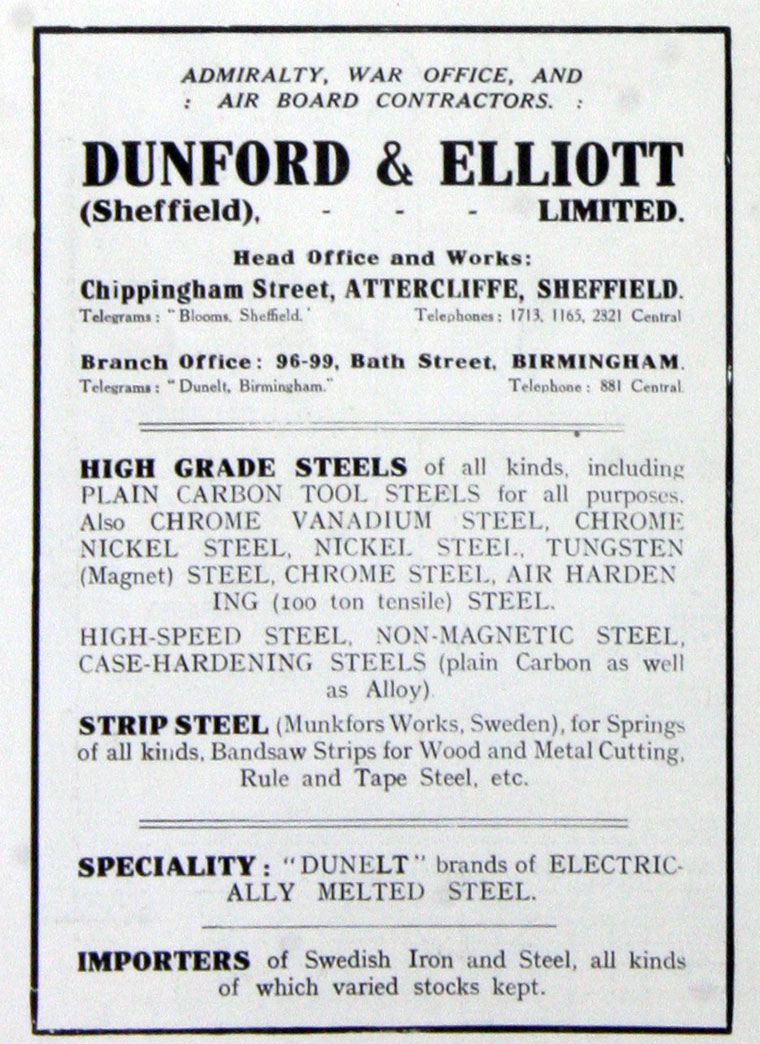 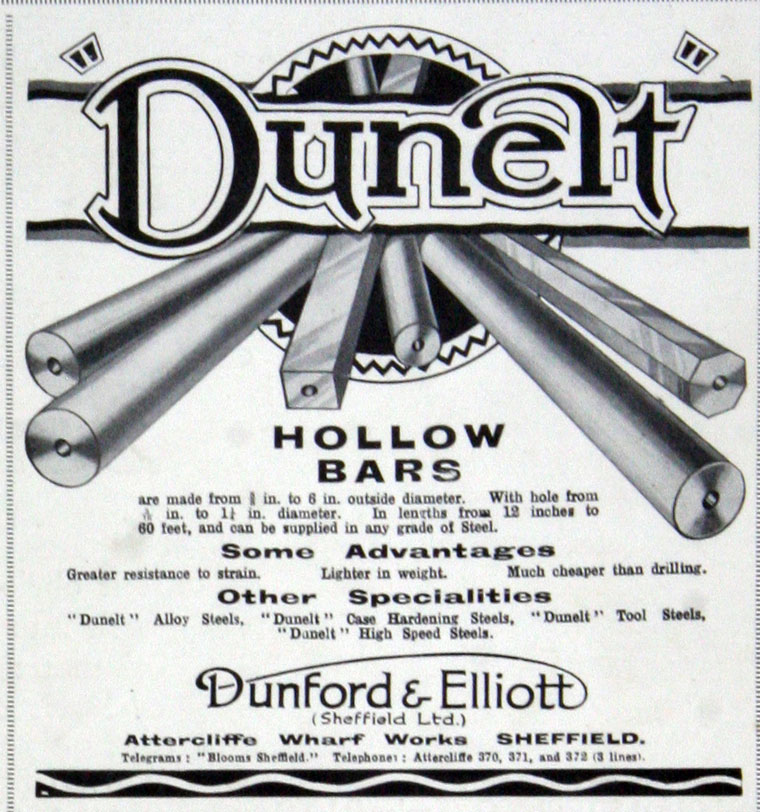 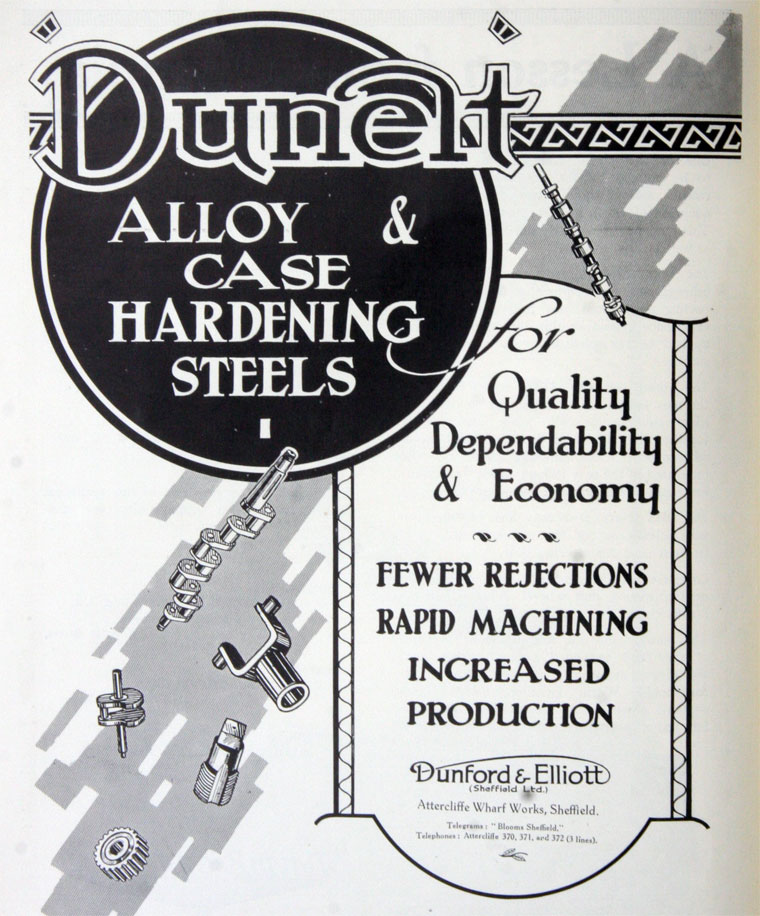 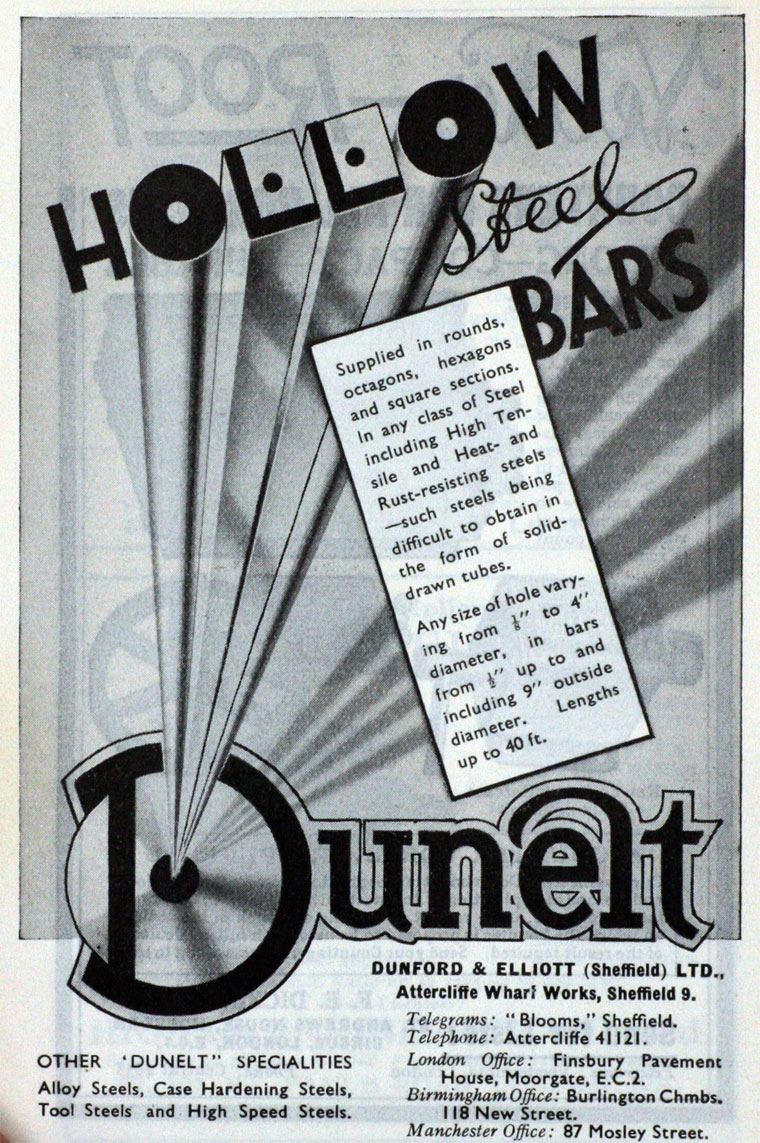 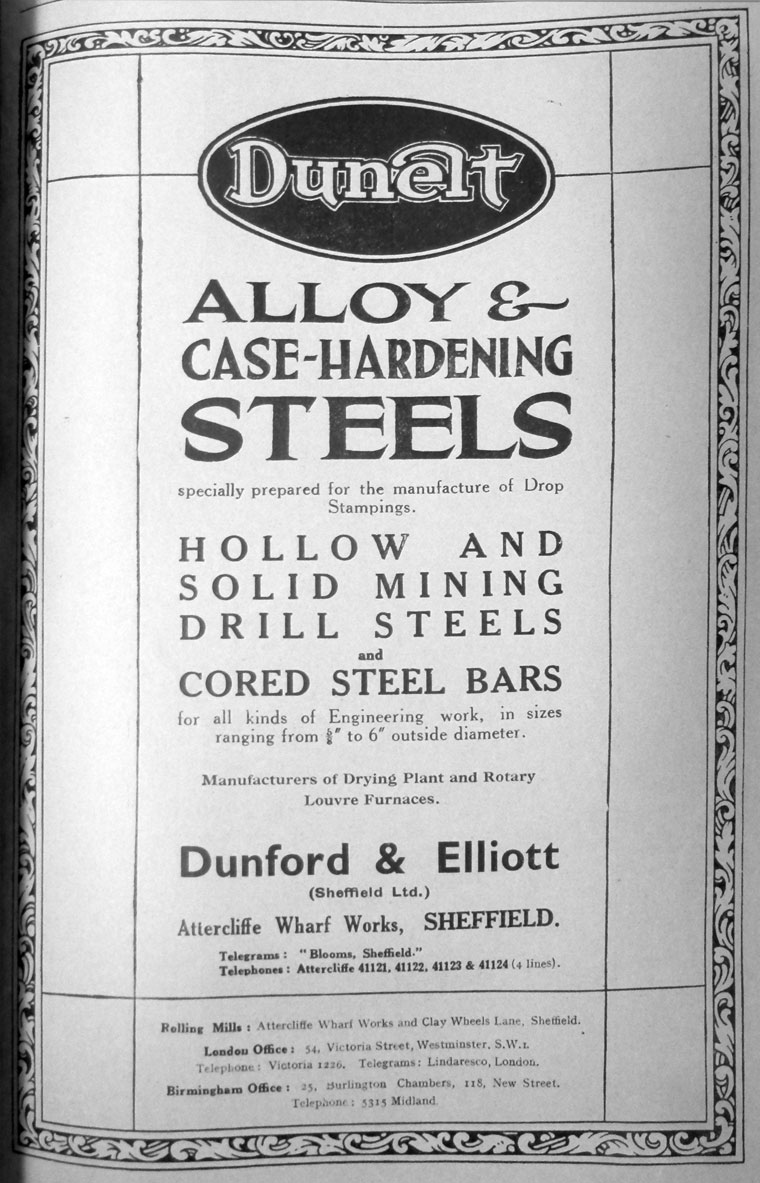 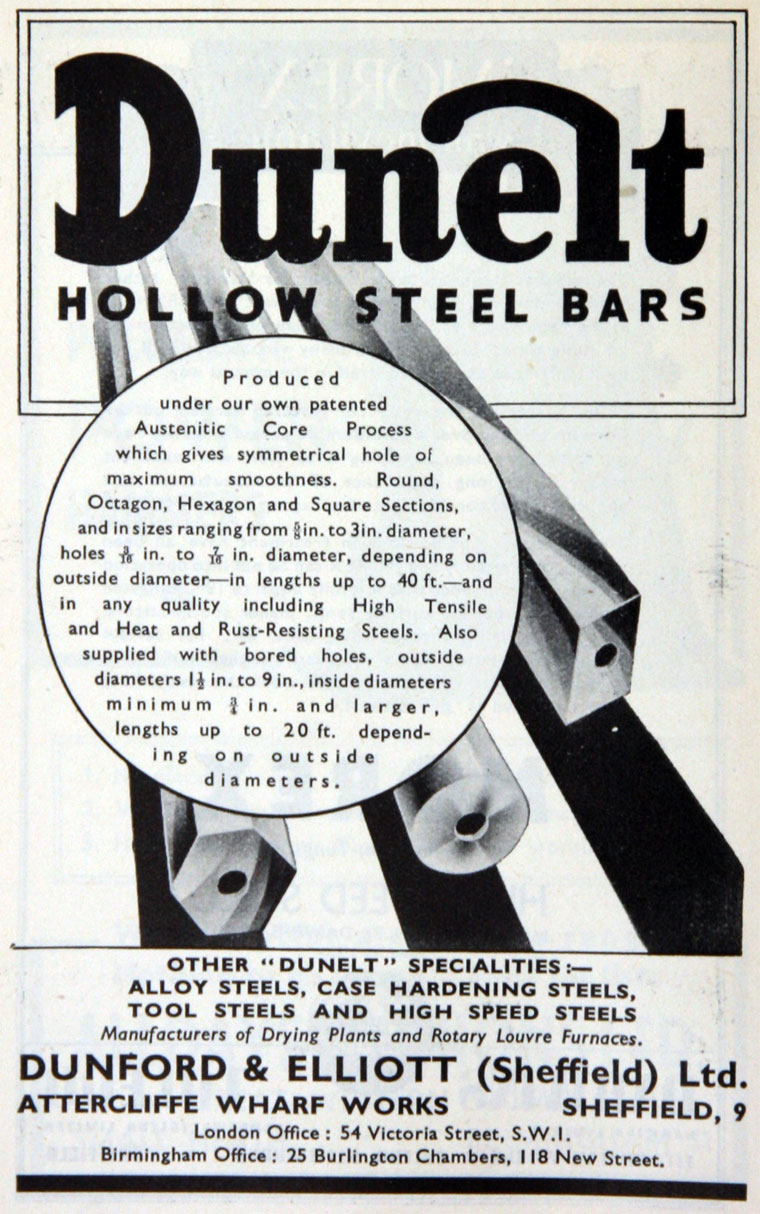 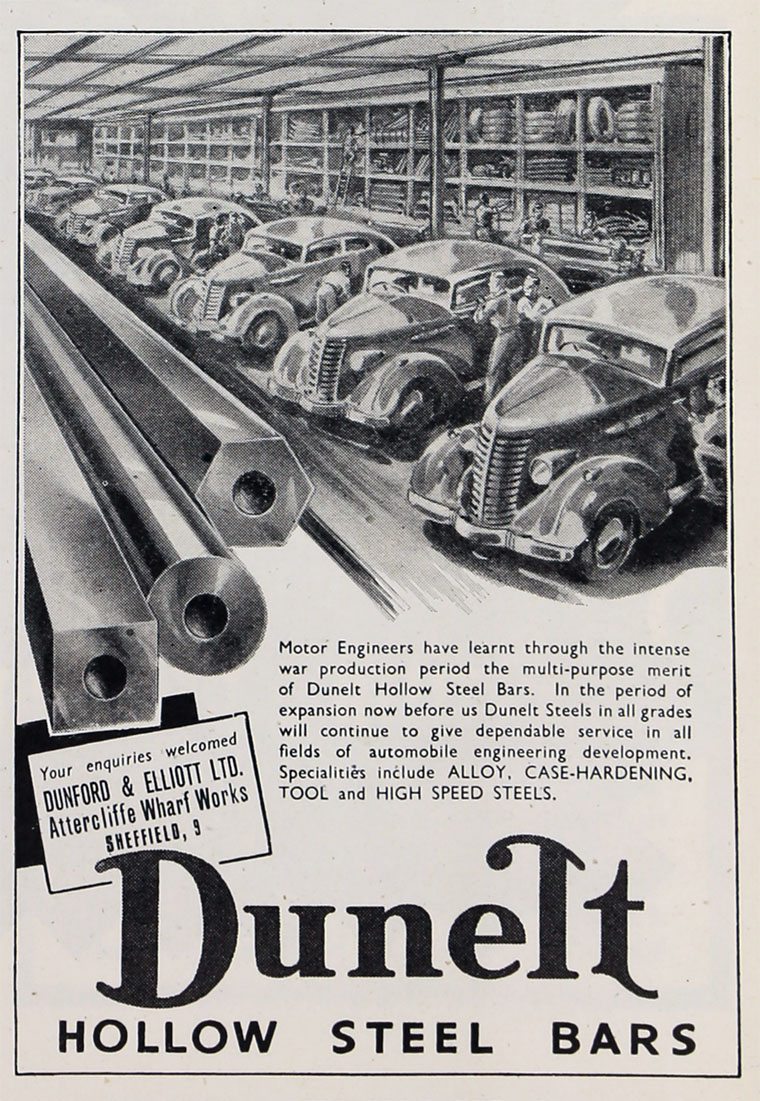 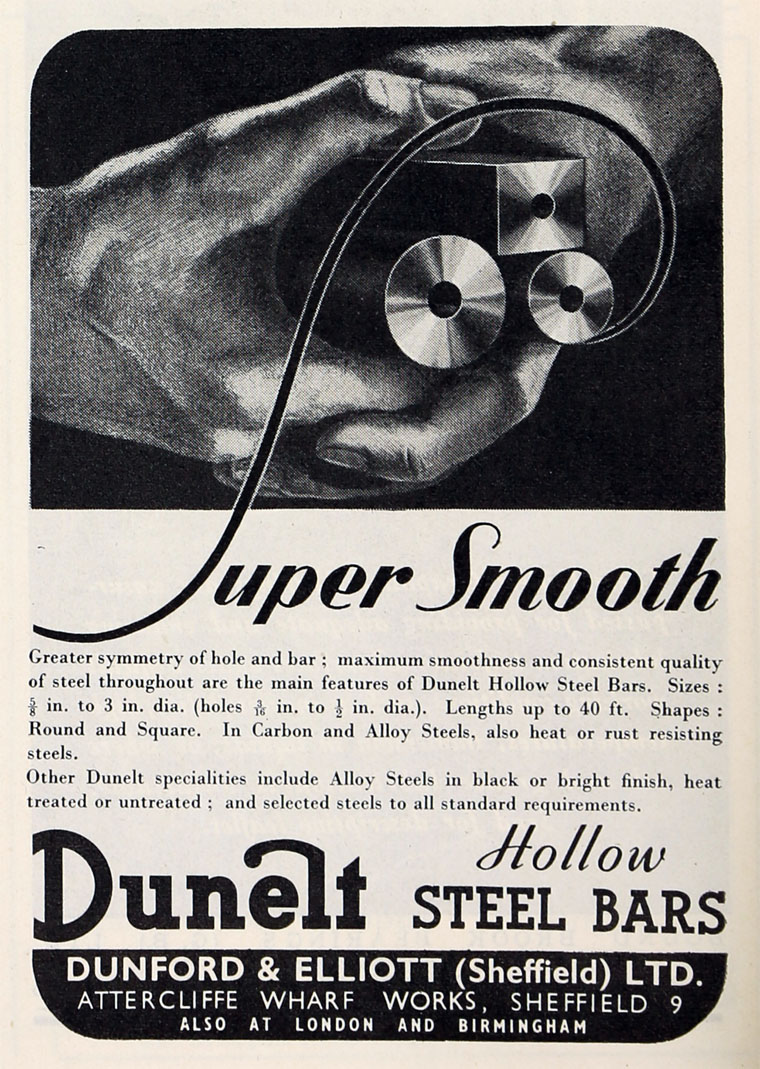 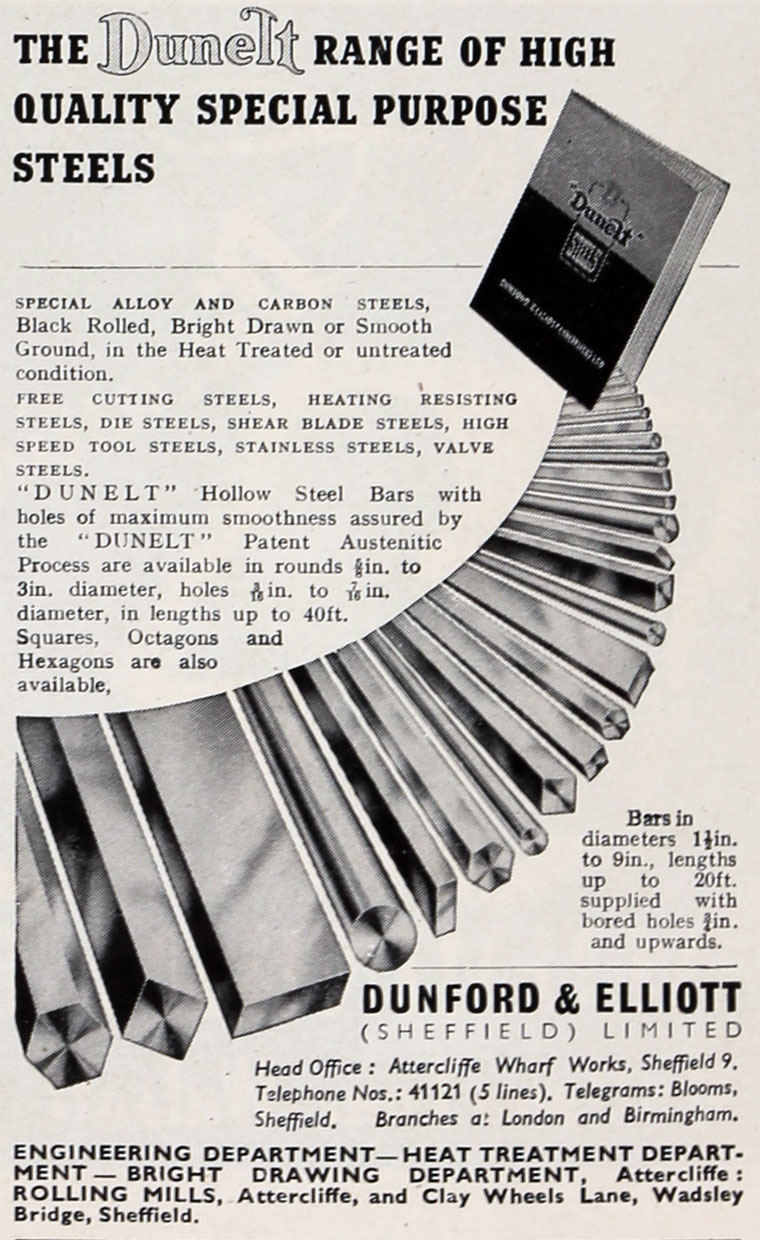 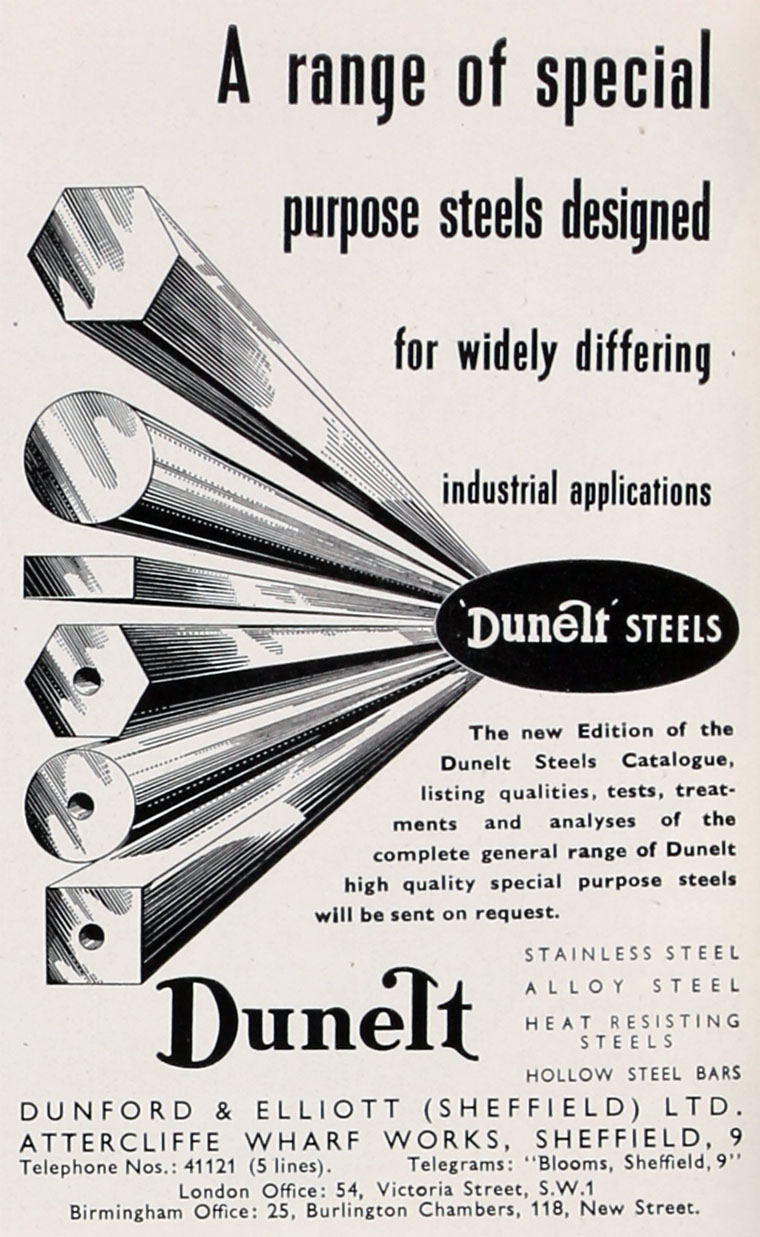 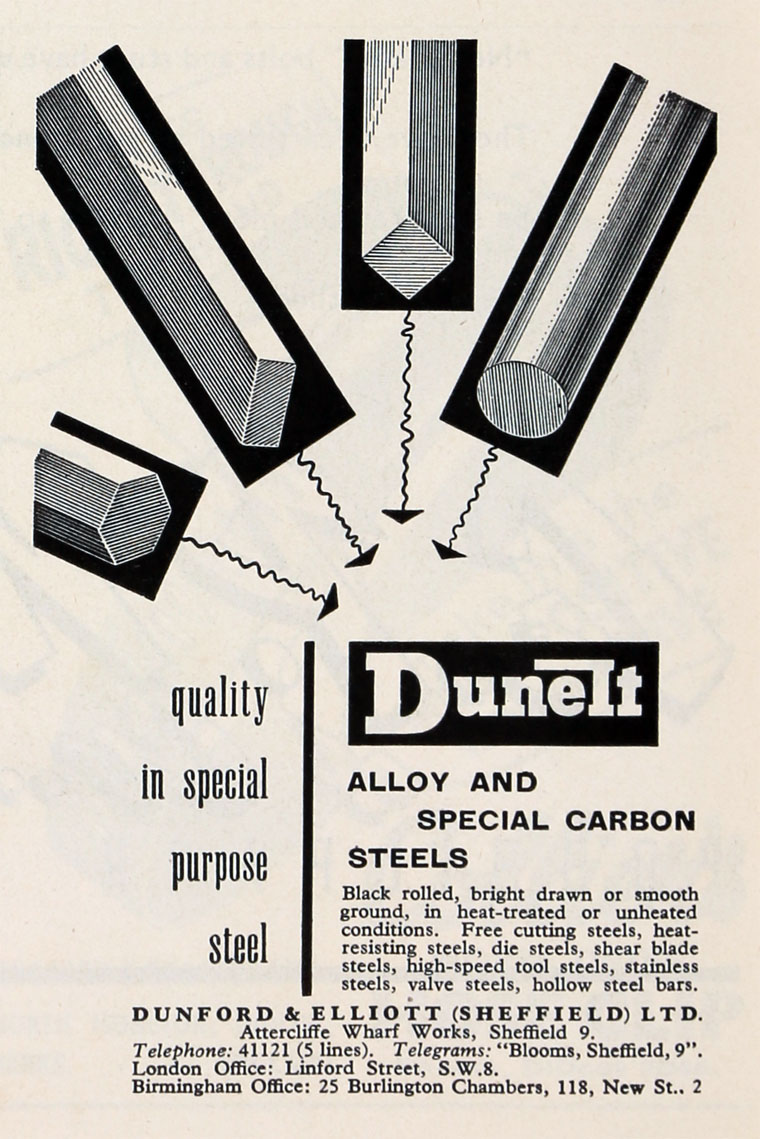 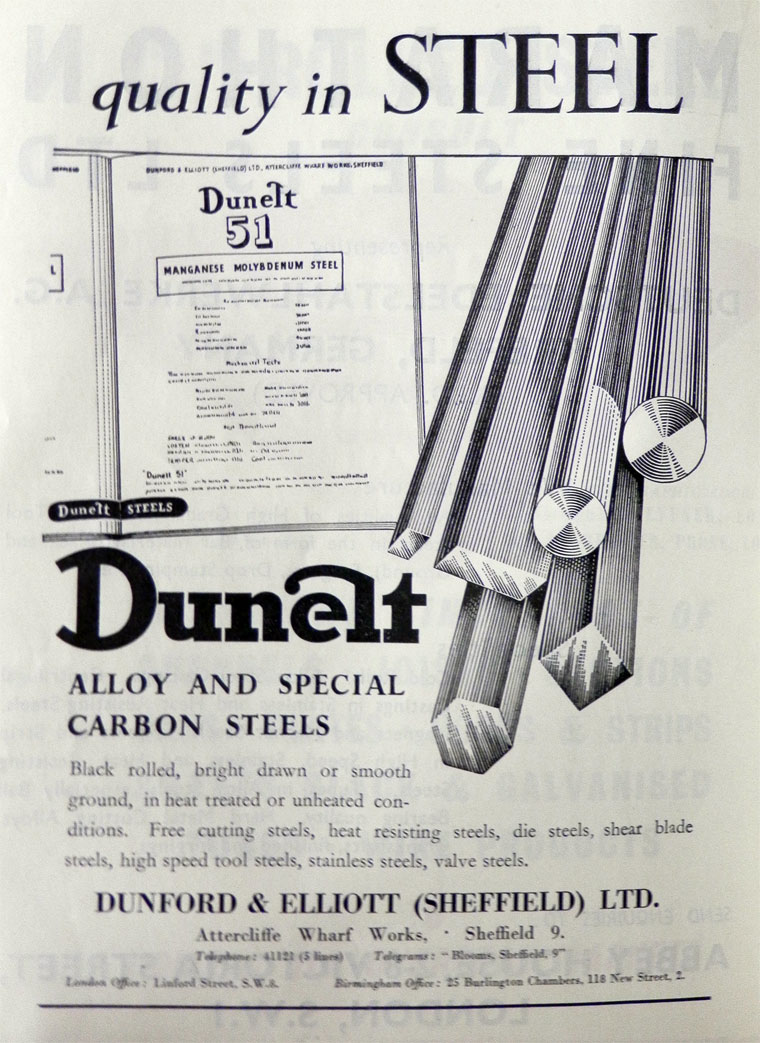 William Beardmore won control of Dunford and Elliott, encouraging the firm to diversify into the manufacture of motorcycles and cars.

1919 Dunelt motorcycles, an offshoot of Dunford and Elliott, displayed its first motorcycles.

1953 Placing of the share capital on the Stock Exchange[10], makers of rolled steel bars and sections for the motor car, aircraft and engineering trades; hollow drill steel for mining; drying plant for the food industry, and industrial process controllers.

1967 Merger with Hadfields at the instigation of the Industrial Reorganisation Corporation to increase the size of the units of the industry so as to be able to justify reinvestment[12].

1968 Dunford and Elliott (Sheffield) would become the holding company for the group; Dunford Hadfields would constitute the steel operations; Newell Dunford Engineering would hold the engineering activities[14]

1969 Osborn-Hadfield Steel Founders, 59 percent owned by Samuel Osborn and Co and 41 percent by Dunford and Elliott[15] was acquired by Weir Group for merging with their foundries.

1970 Merger with the privately-owned Spartan Steels and Alloys[16].

1973 Acquired Brown, Bayley Steels[17], which was run along side Dunford Hadfields

1977 Johnson and Firth Brown failed to acquire Dunford and Elliott, which between them shared the British market for forged rolls [19].

1977 Company acquired by Lonrho partly as a consequence of fending off further bid from Johnson and Firth Brown[20].