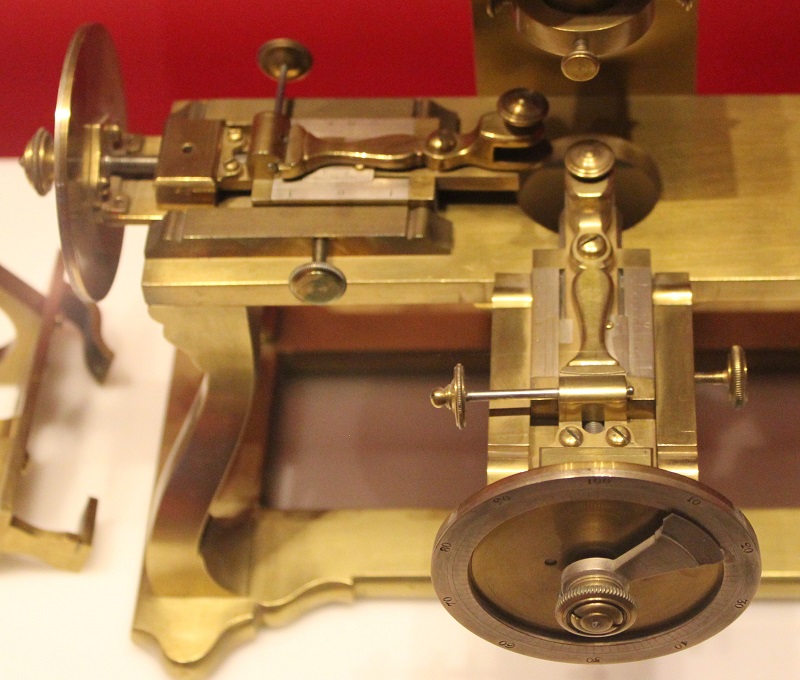 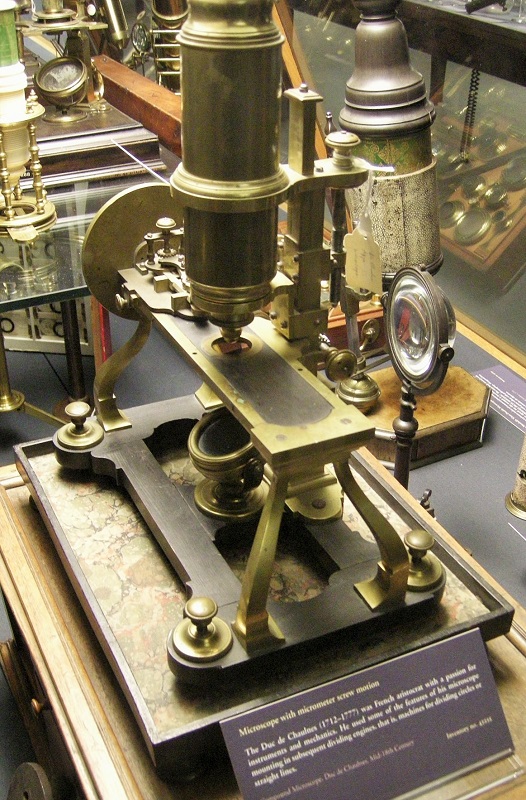 Detail of the Oxford microscope 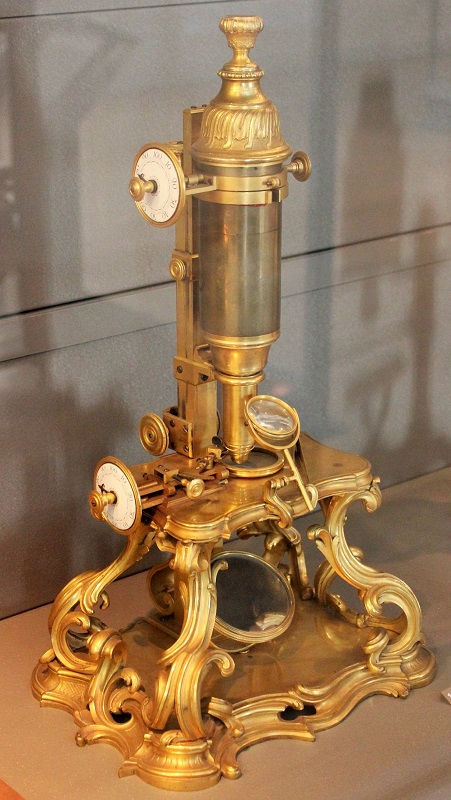 Michel Ferdinand d'Albert d'Ailly was a French astronomer and physicist. He made important contributions in the field of scientific instruments.

c.1751 he invented a new type of a microscope, which he had built in England, and whose description he had published.[1]. However, another source suggests that the first example may have been made by [[Alexis Magny][2].

Between 1751 and 1754 Alexis Magny made eight microscopes for the Duc. The elaborate gilded bronze parts are thought to have been made by the sculptor Caffieri. See last image.

He developed accurate methods of measuring lenses. He also developed improved methods of dividing scales, and between 1765 and 1768 he had two dividing engines constructed, one linear and the other for circular division. These are said to be the earliest known examples after the circular engine produced by Henry Hindley c.1739.[3]. Note: The Museo Galileo (Florence) have a linear and a circular dividing engine, both made in Florence, which have features in accordance with the Duc de Chaulnes' designs.

Two of the measuring microscopes shown in the photographs are from two different unidentified makers.

A large electrostatic machine from the Cabinet de Charles, on display at the Musee des Arts et Metiers, was once owned by the Duc de Chaulnes