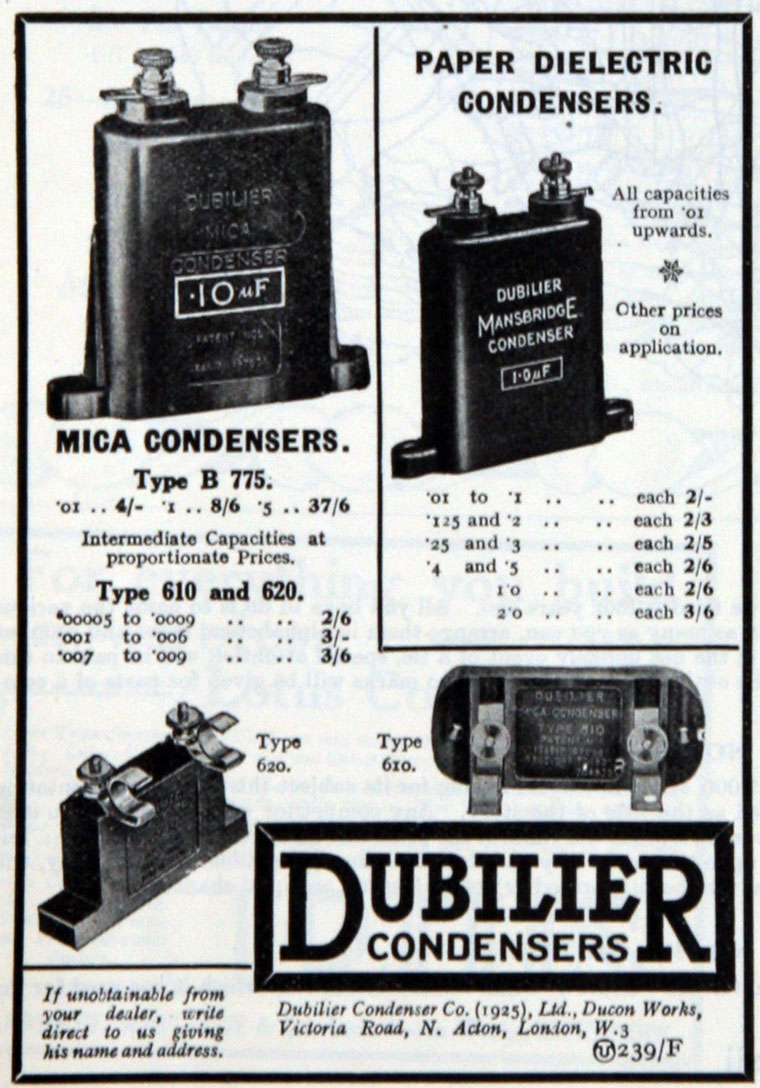 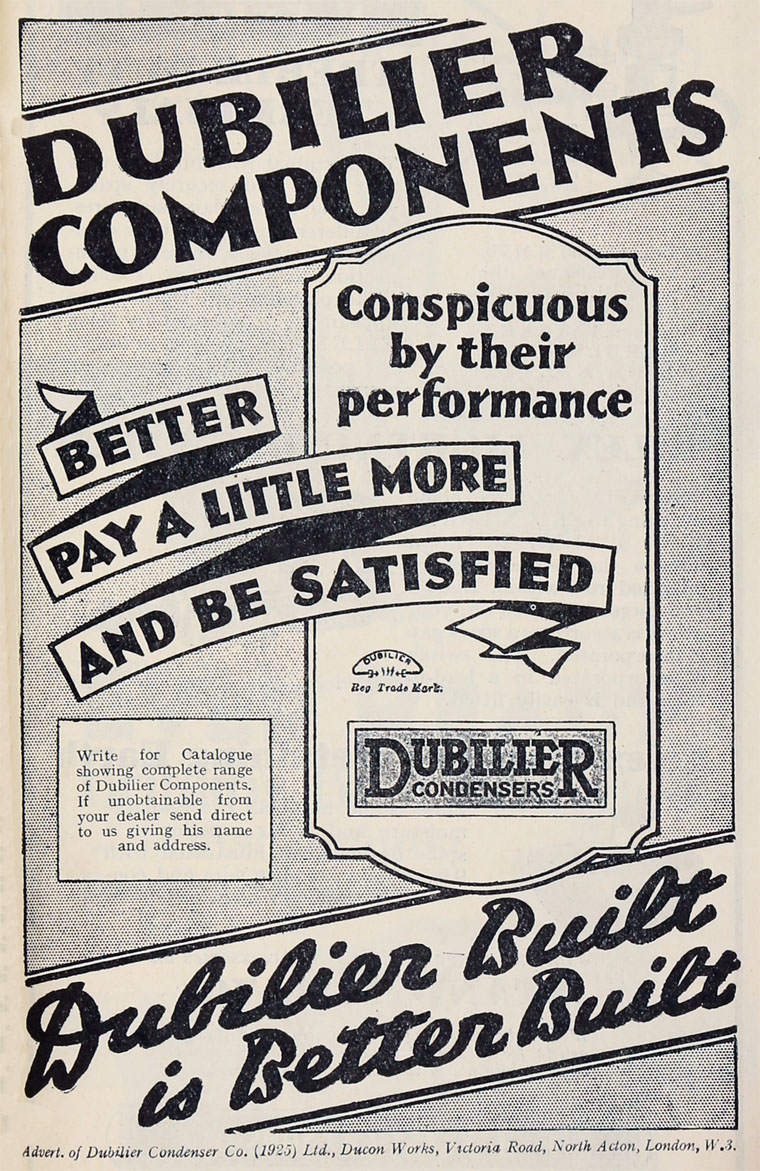 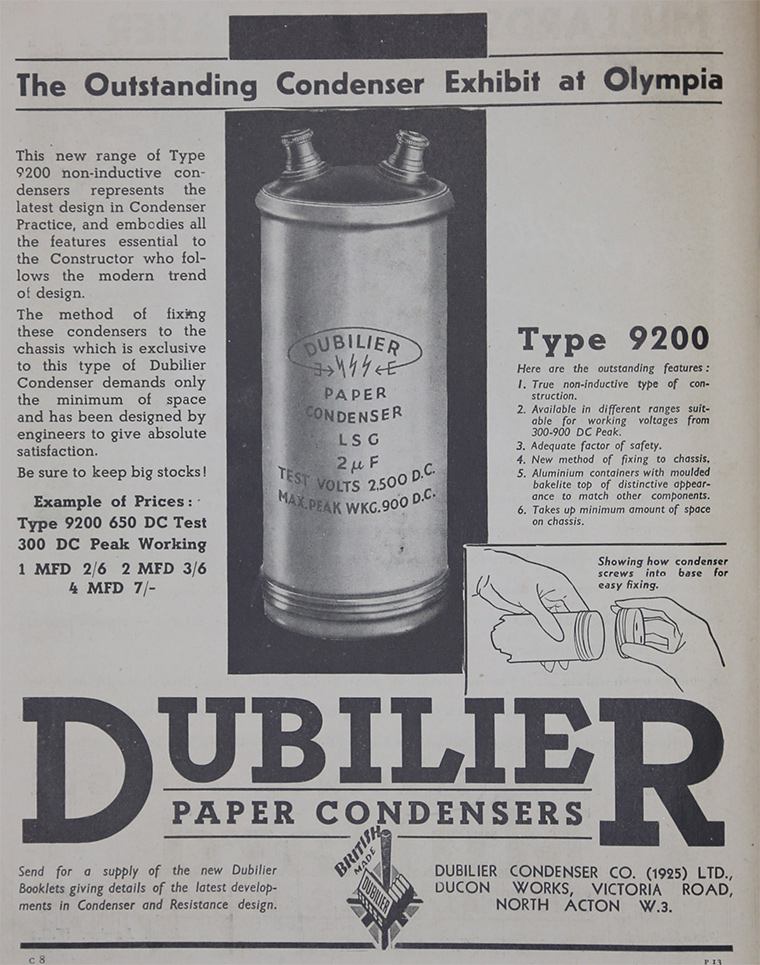 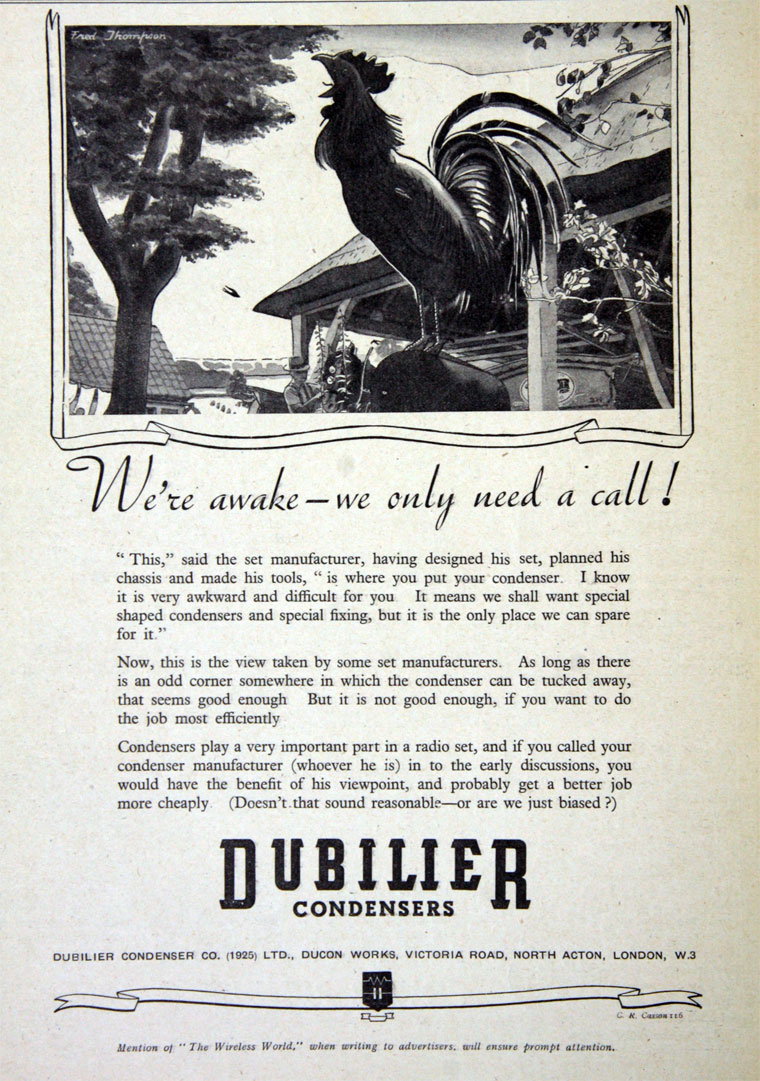 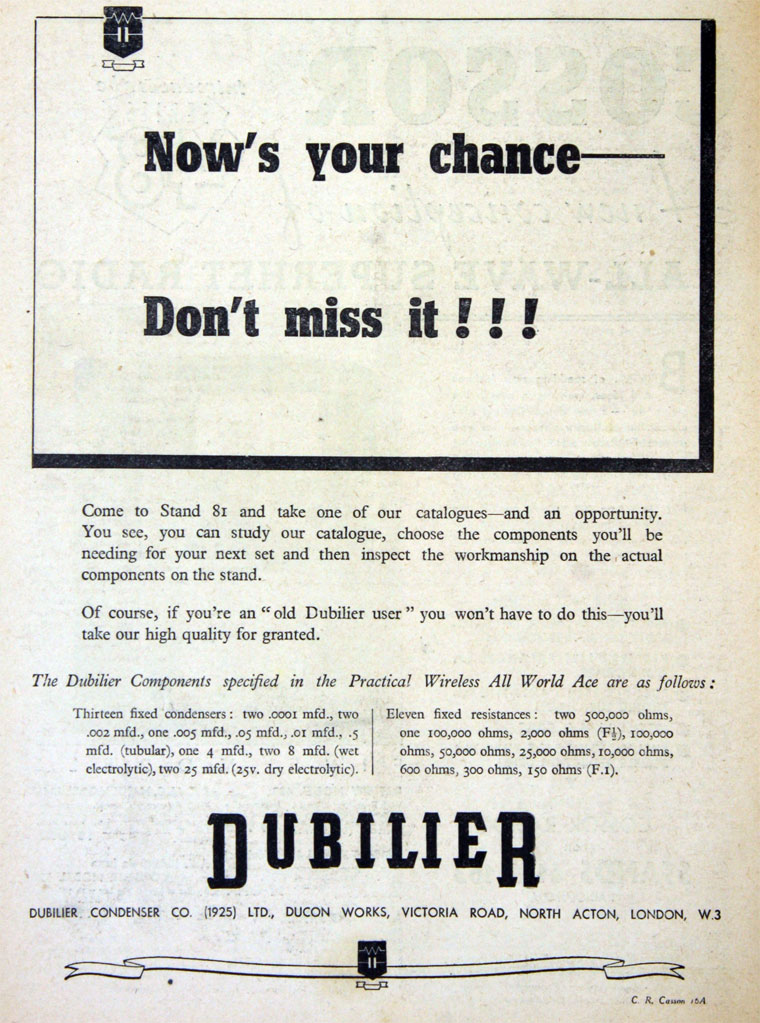 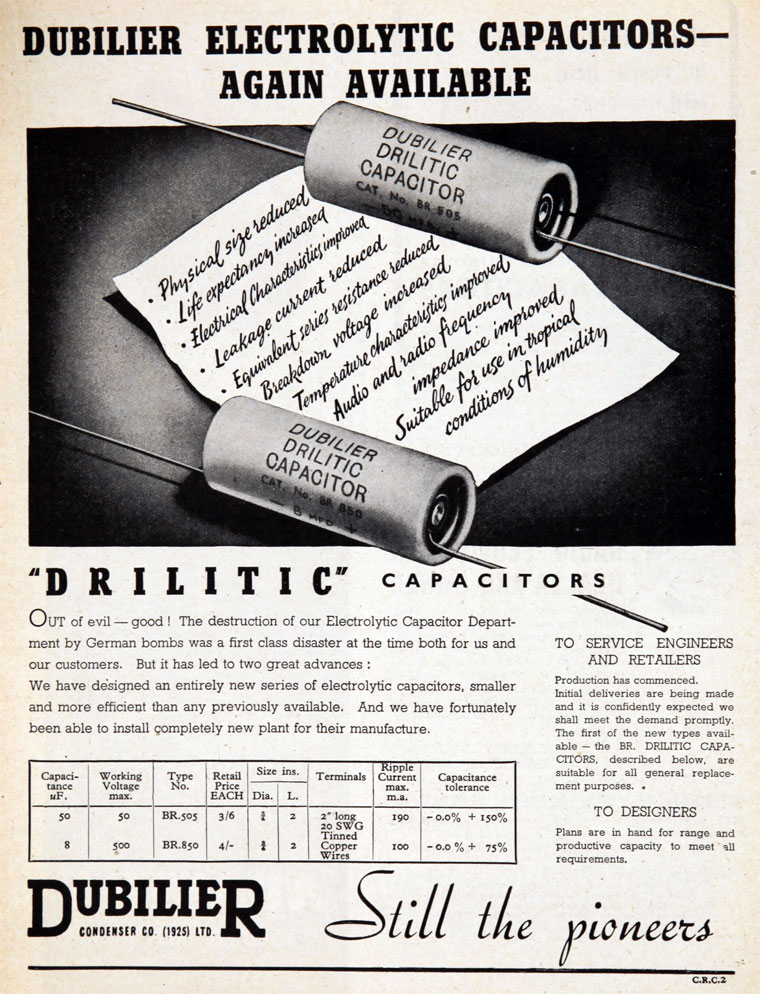 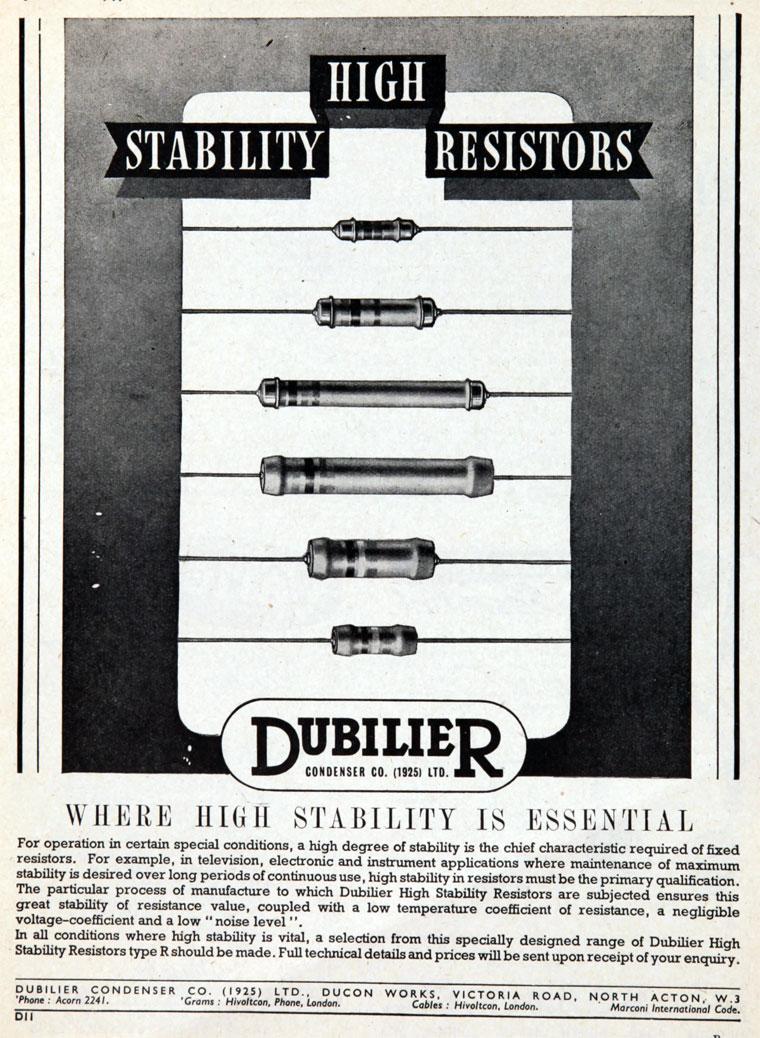 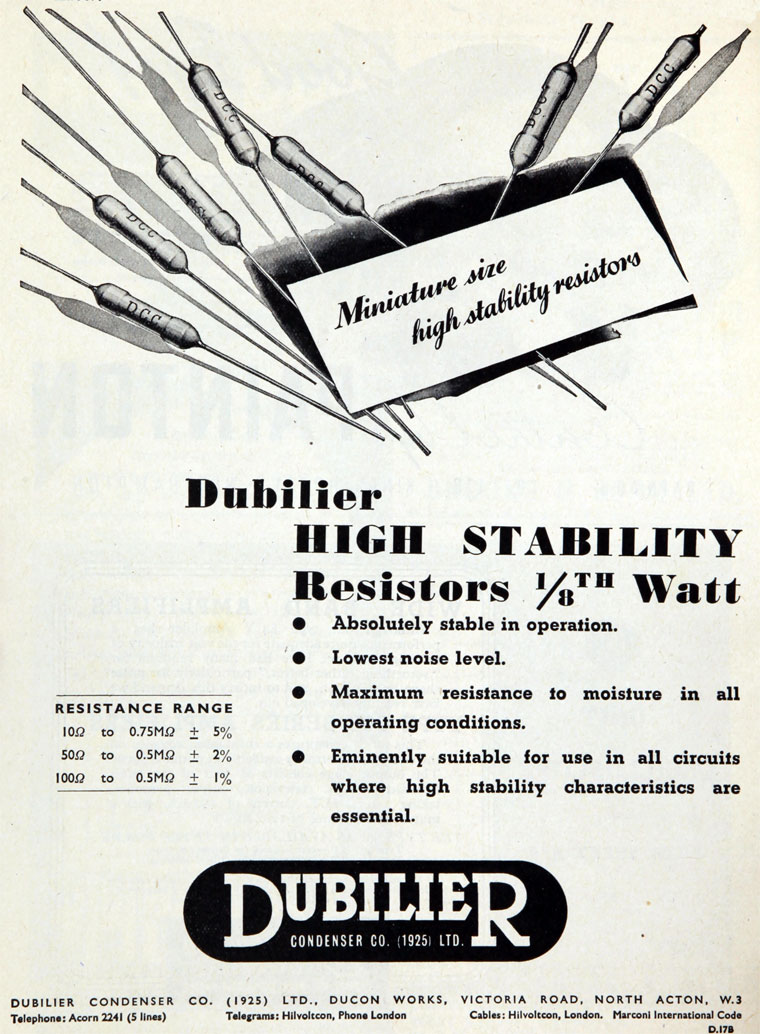 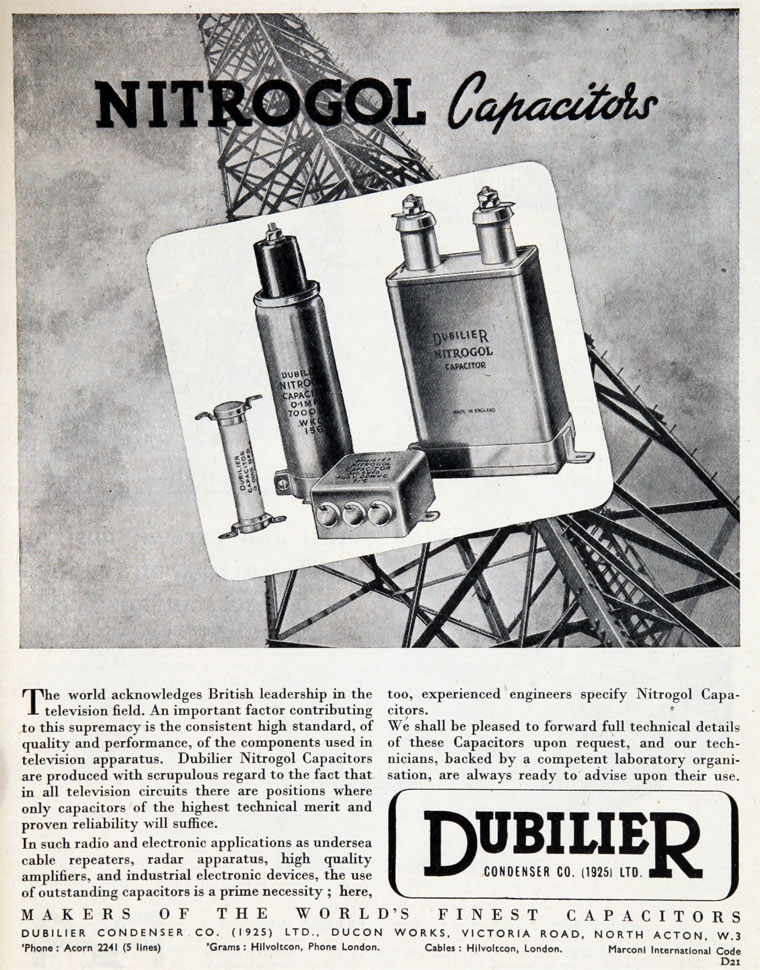 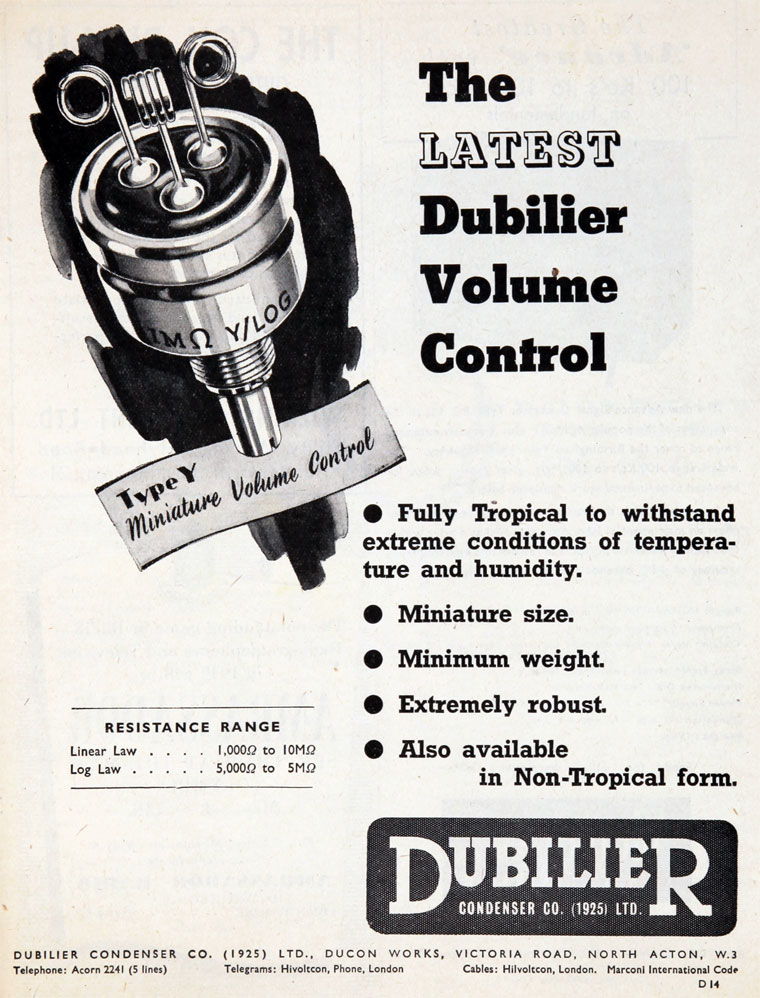 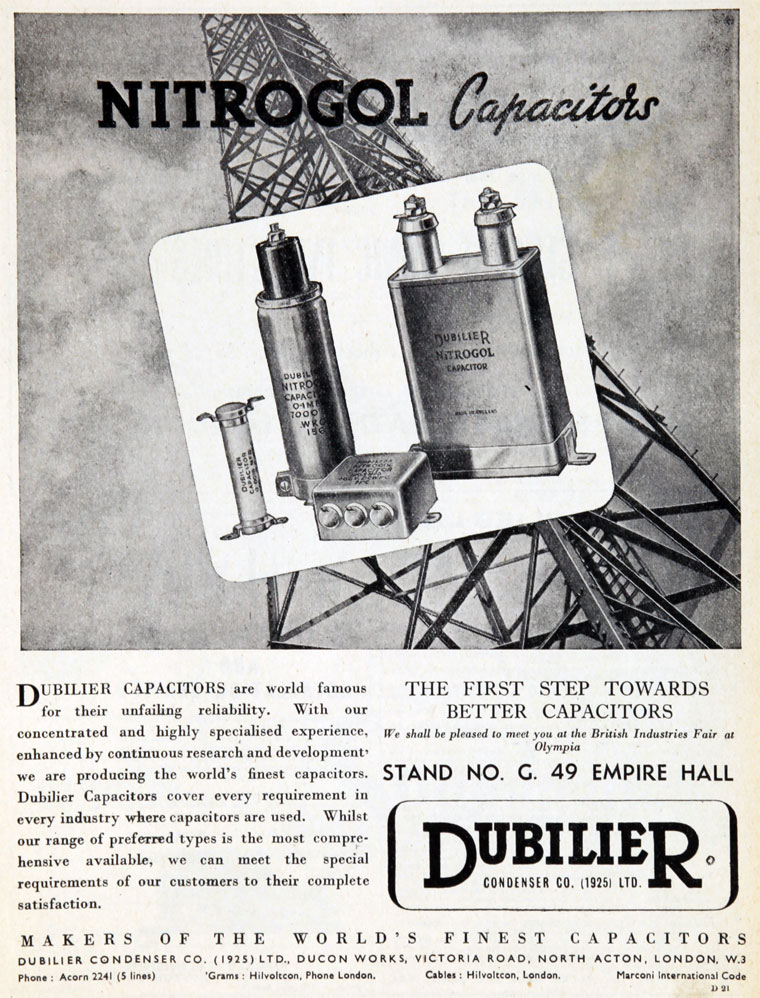 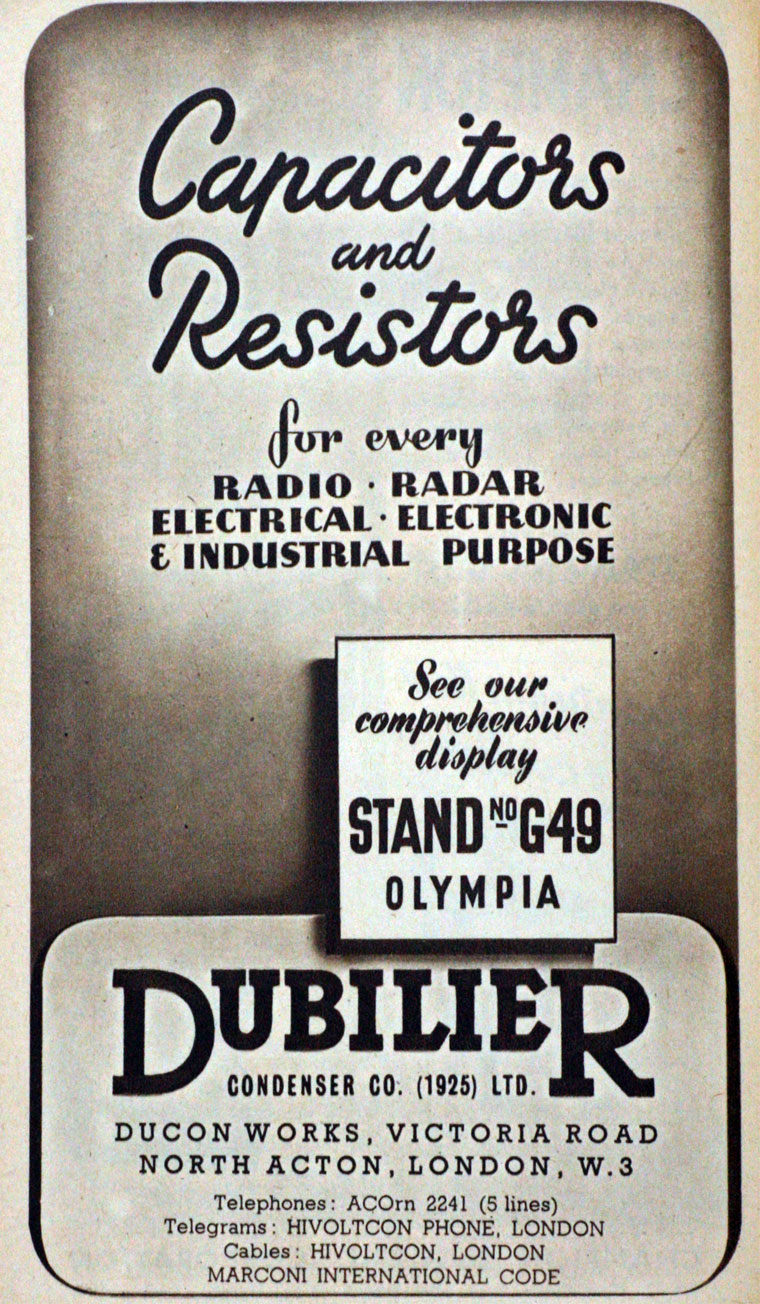 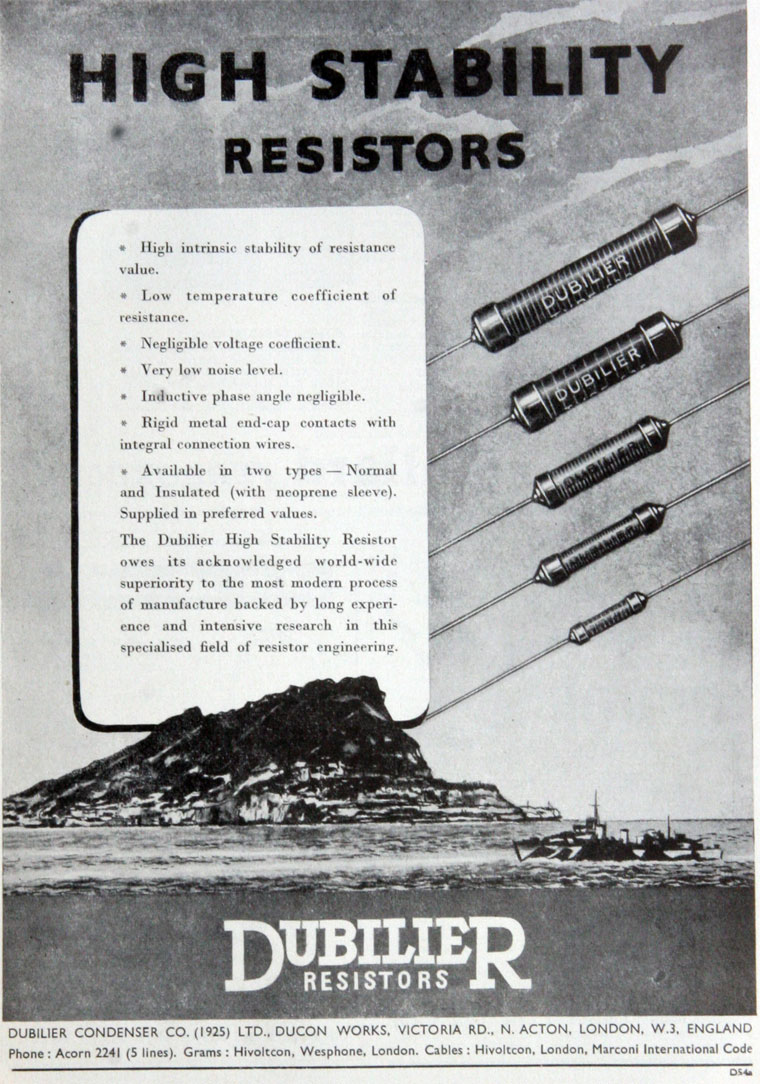 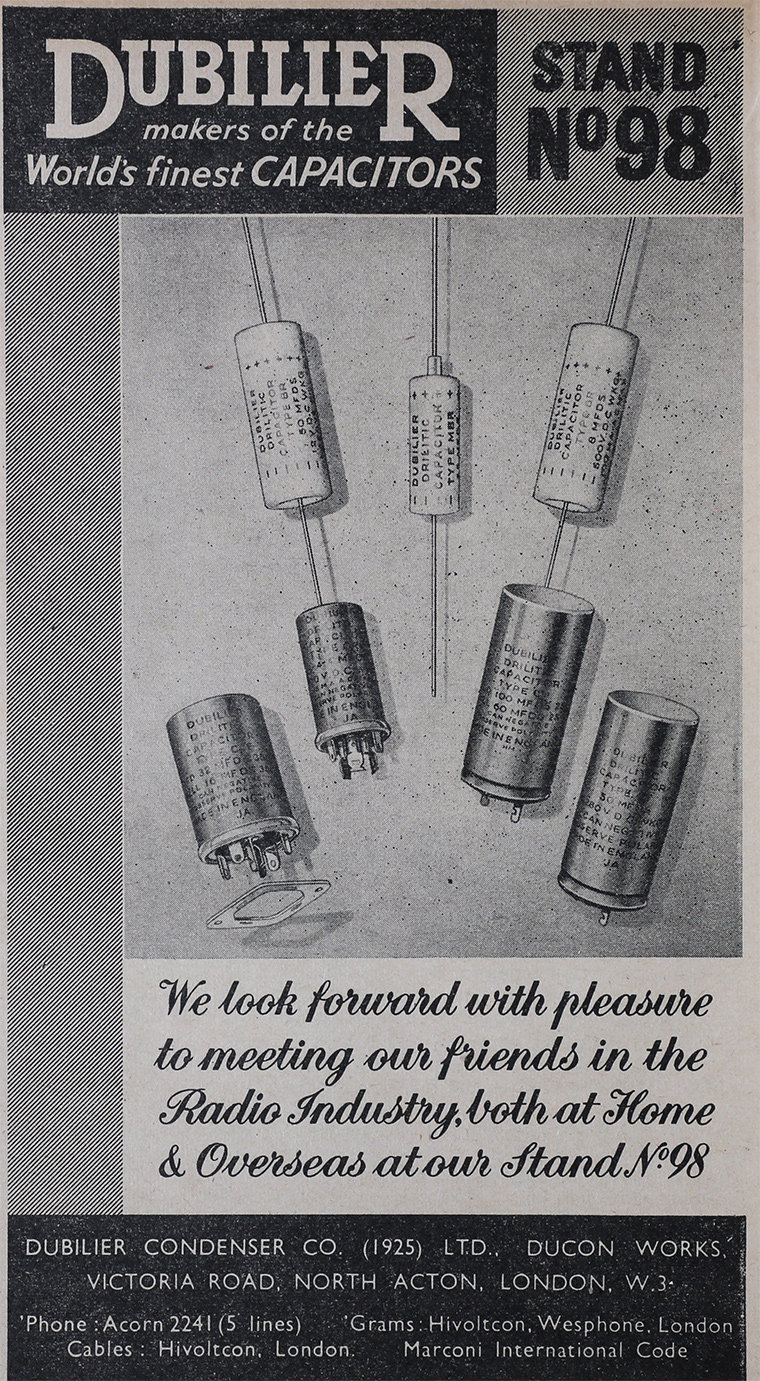 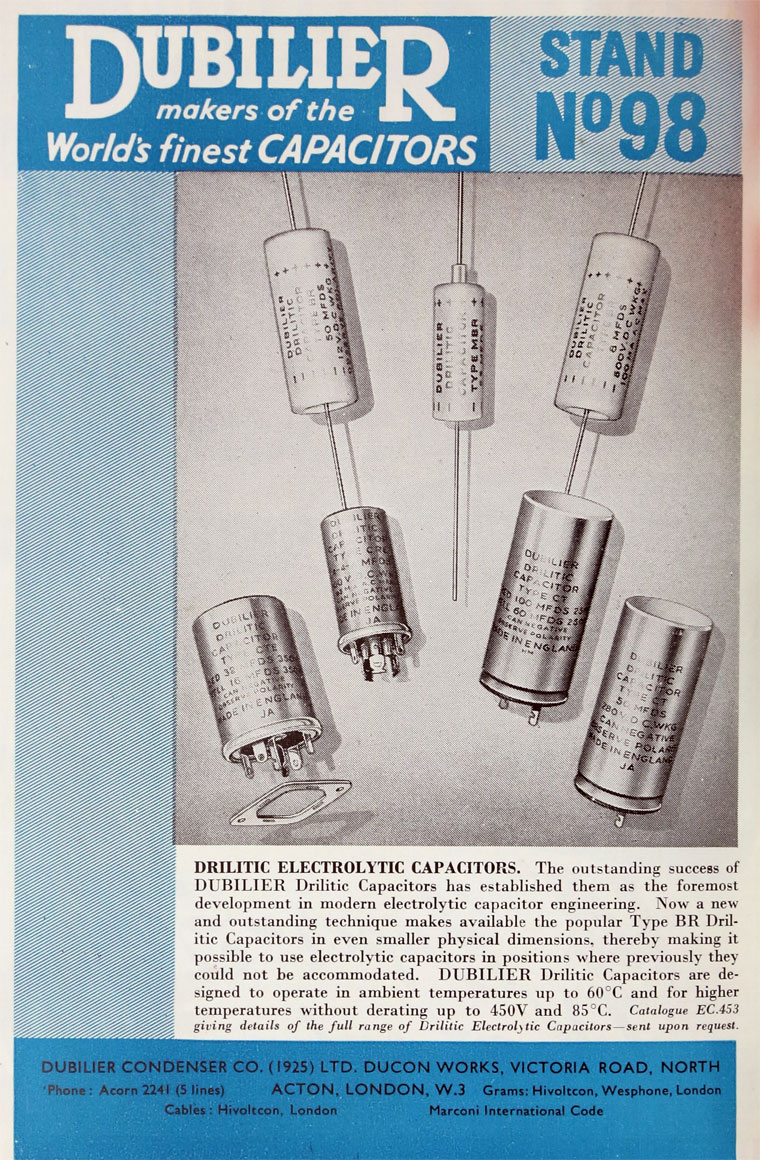 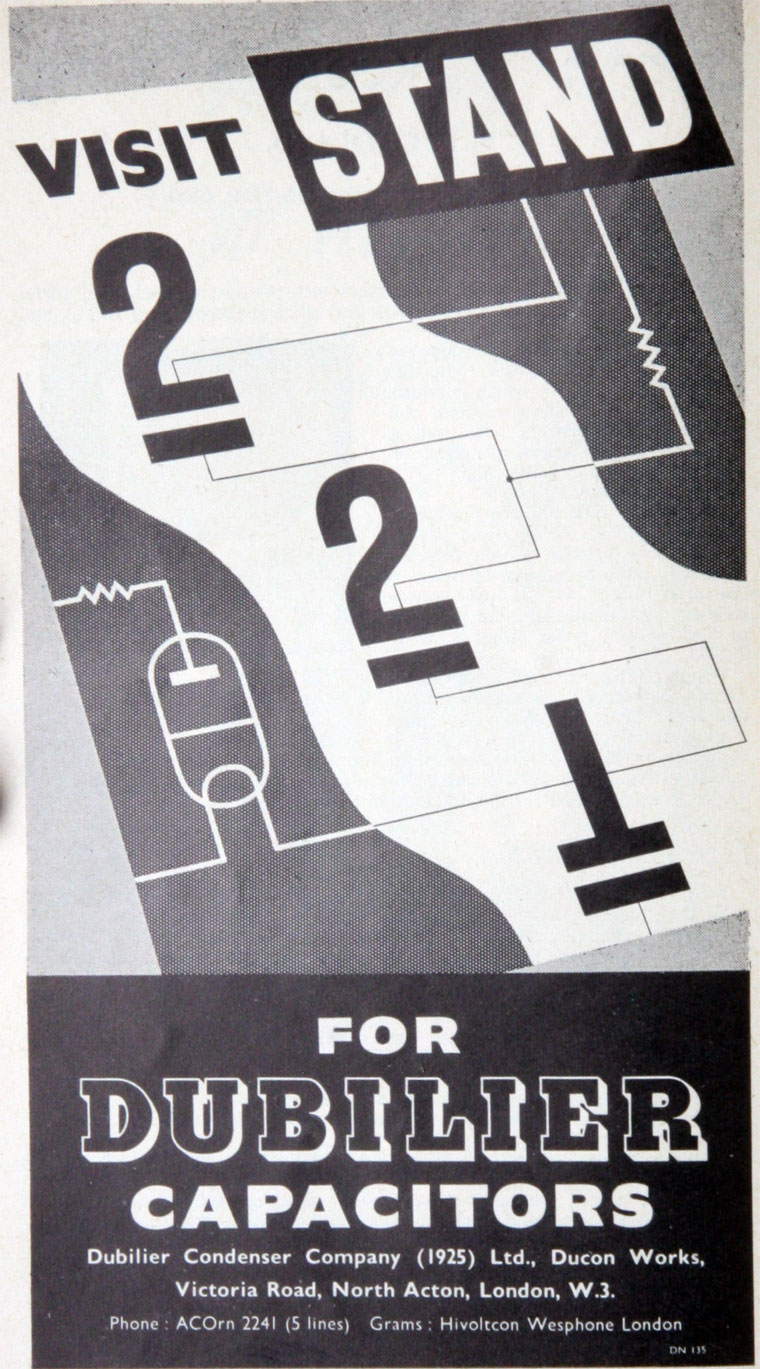 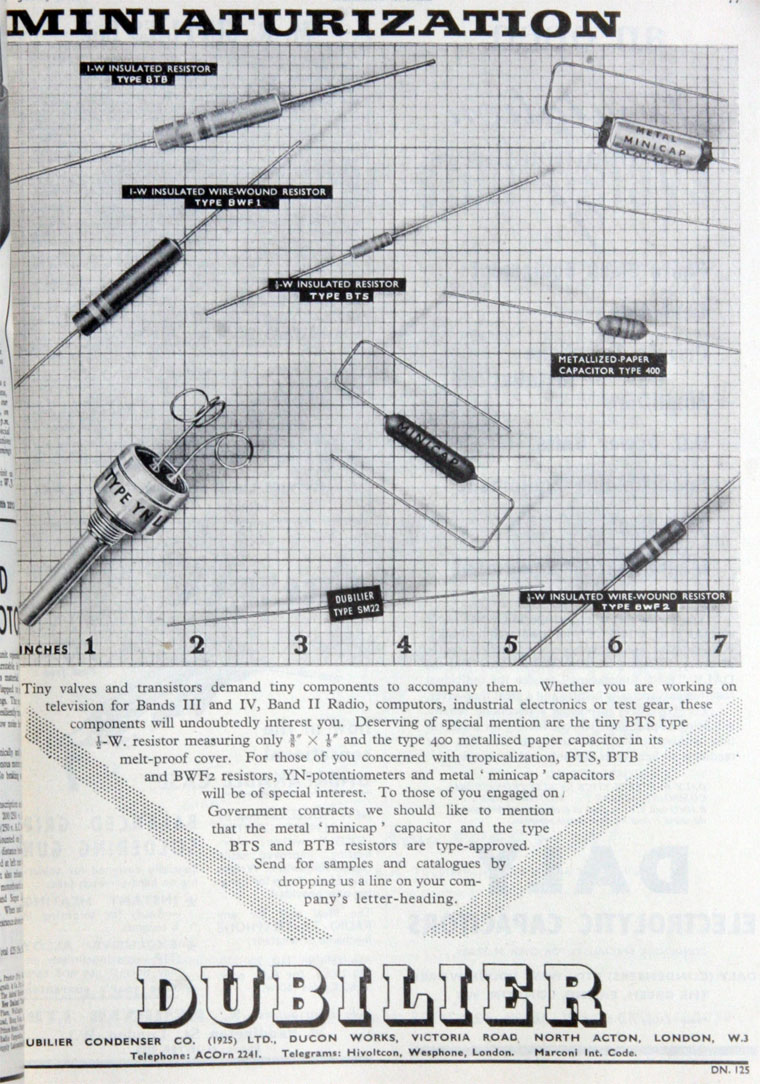 1925 Dubilier Condenser Co (1925) Ltd established as a public company to take over company of the same name[1].

1961 Manufacturers of electrical condensers and other equipment for electrical power transmission and radio and television industry. [7]