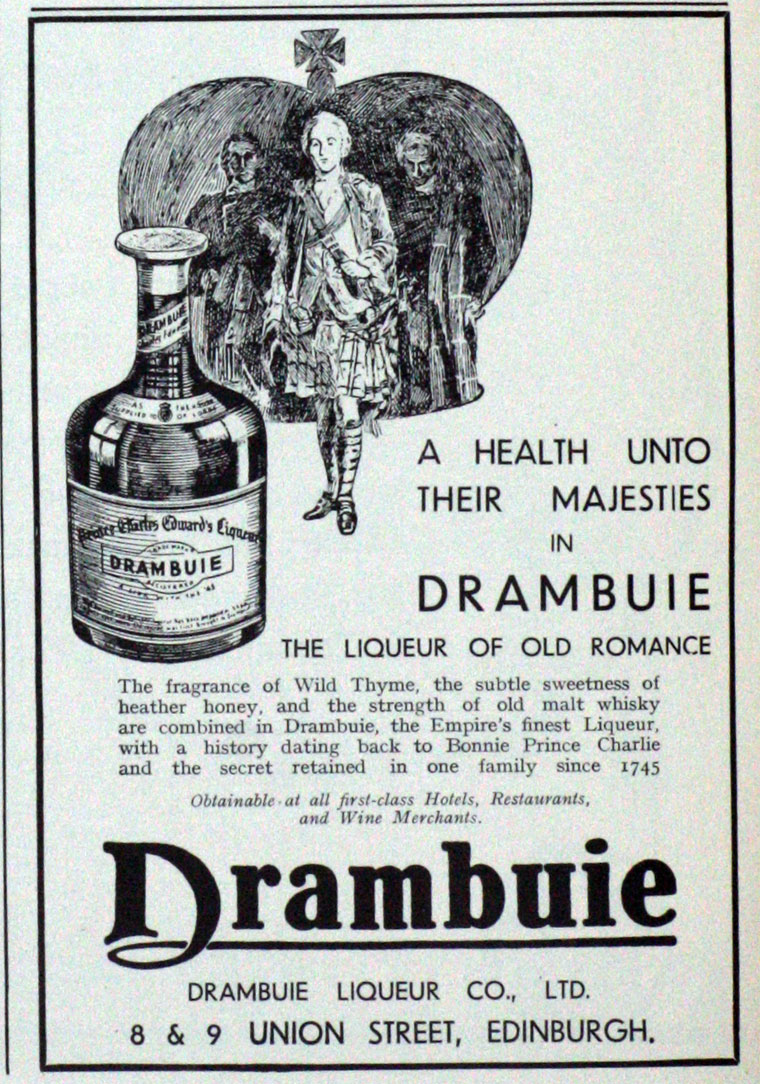 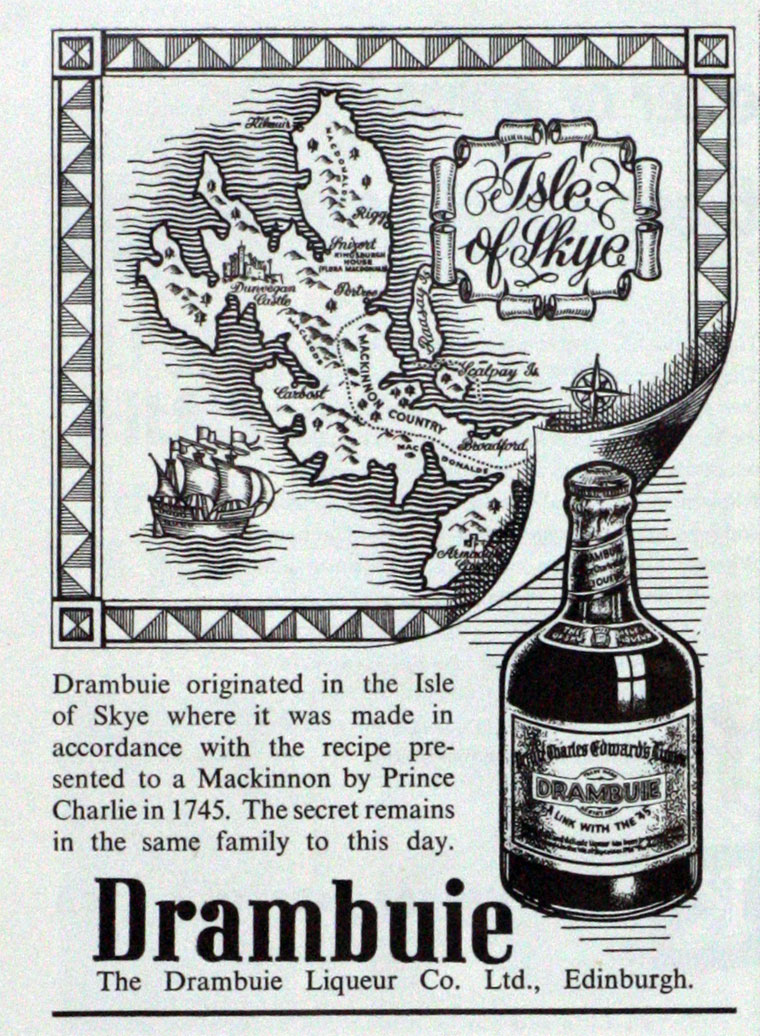 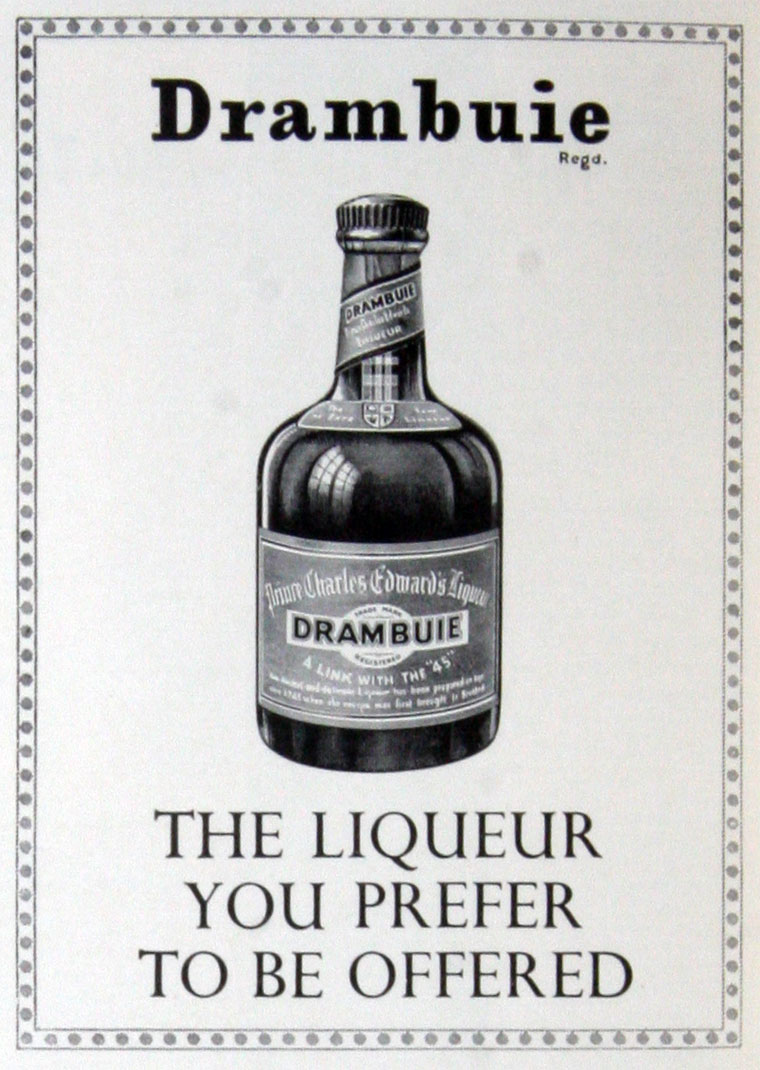 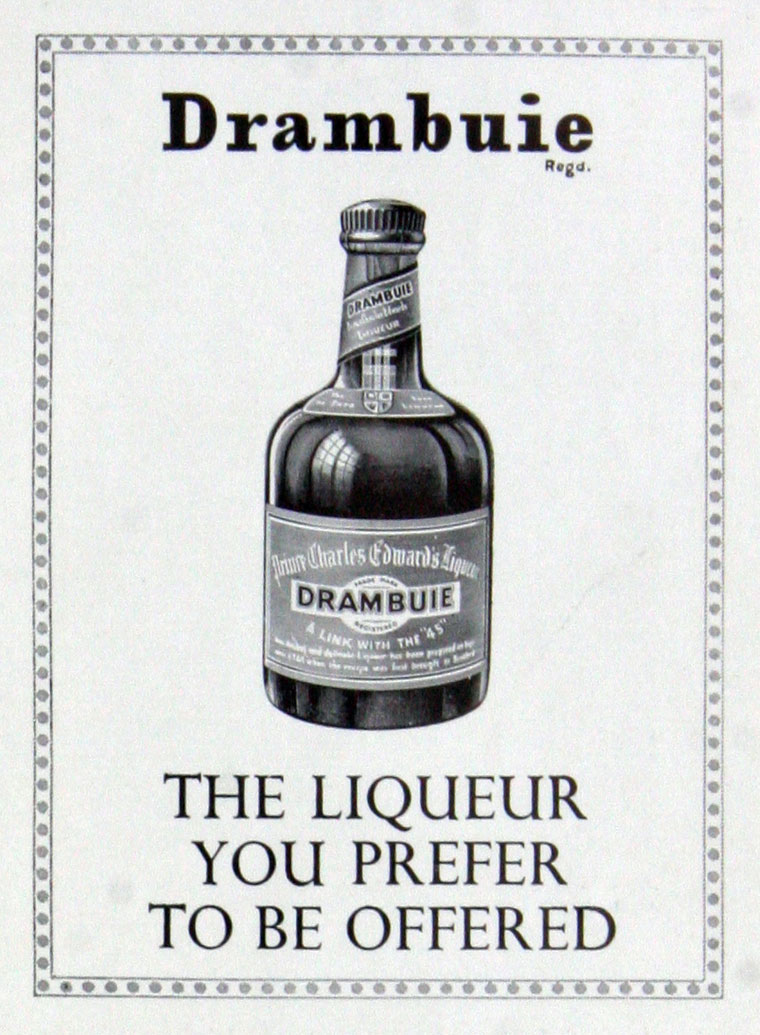 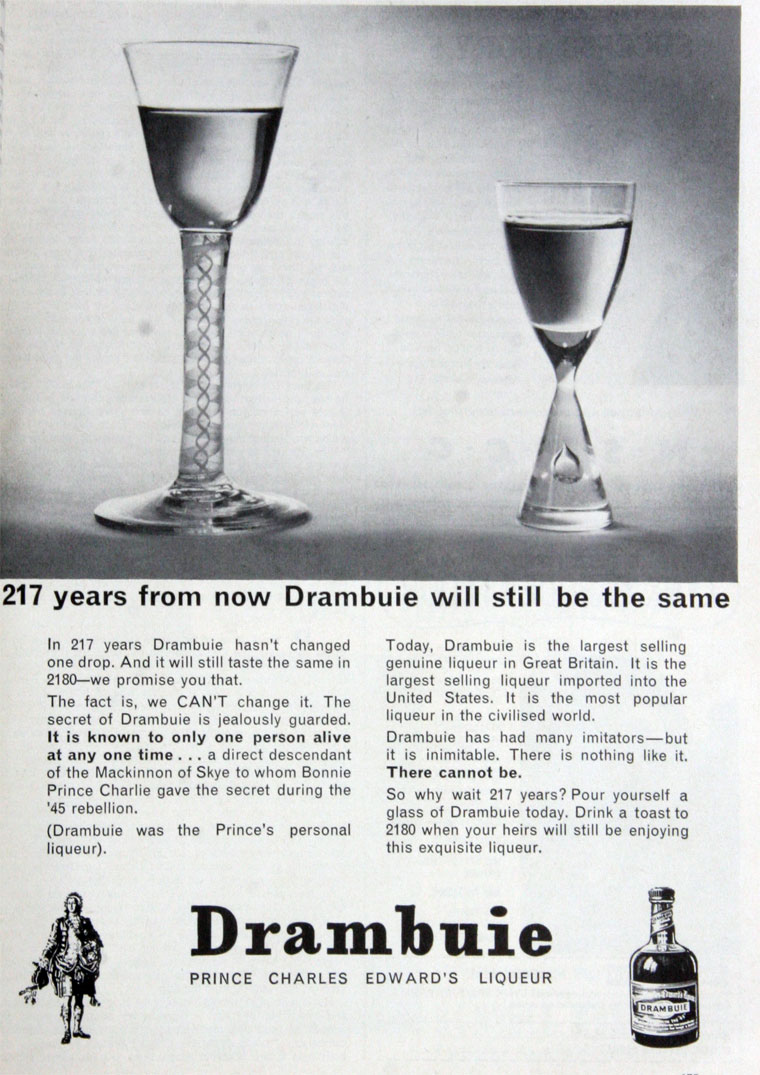 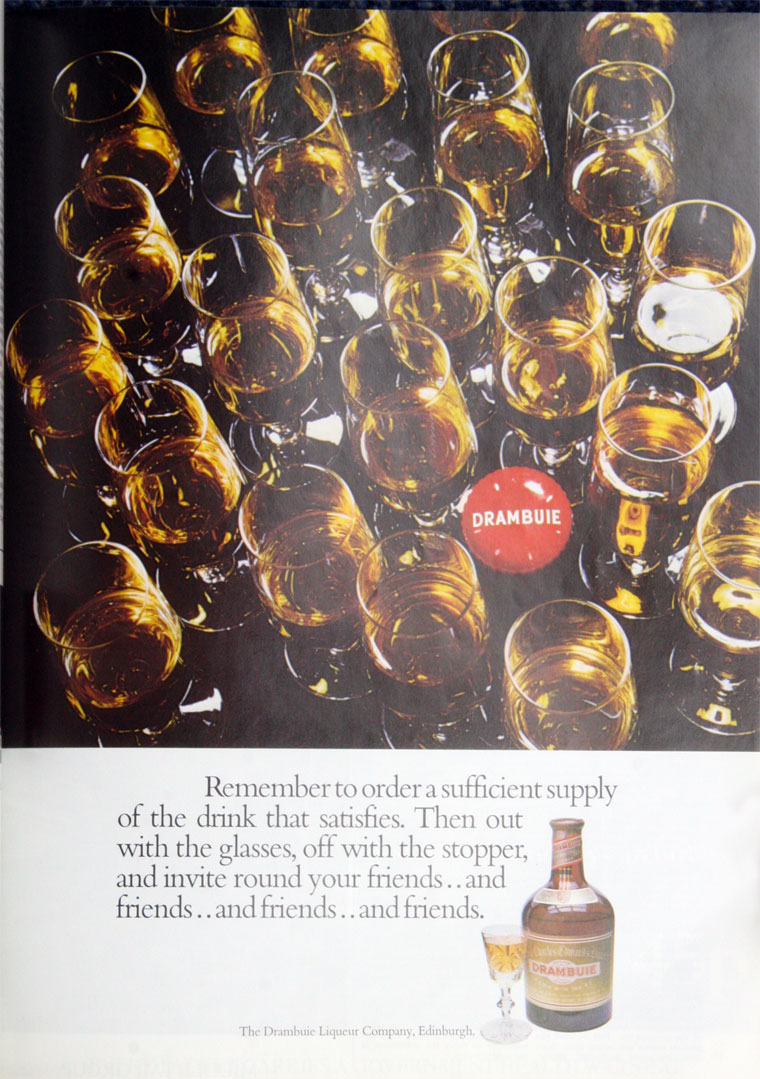 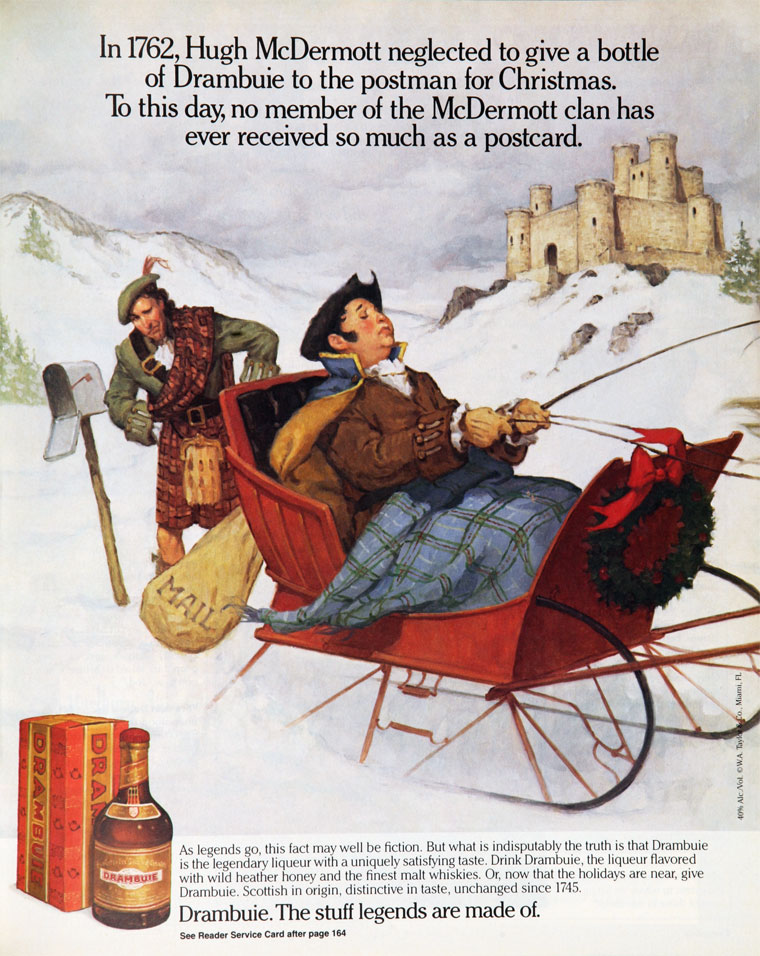 1745 The background legend to the whisky-based liqueur involves a secret recipe passed on from Bonnie Prince Charlie, in gratitude for aid in escape from his pursuers after the Jacobites' defeat at Culloden. The recipe was associated with the Isle of Skye until it was brought to Edinburgh early in the 20th century.

1893 Drambuie was first registered as a trade mark.

1937 The company changed its name again to The Drambuie Liqueur Company Limited.

2014 The company and brand were bought by William Grant and Sons for an undisclosed sum.