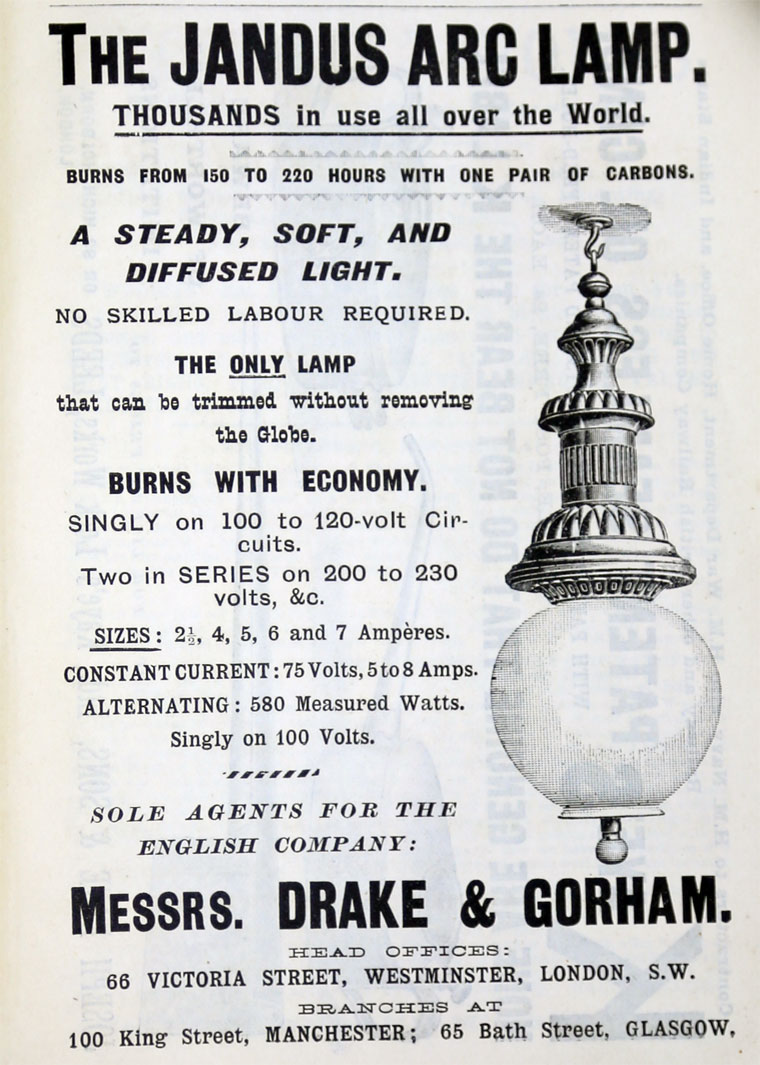 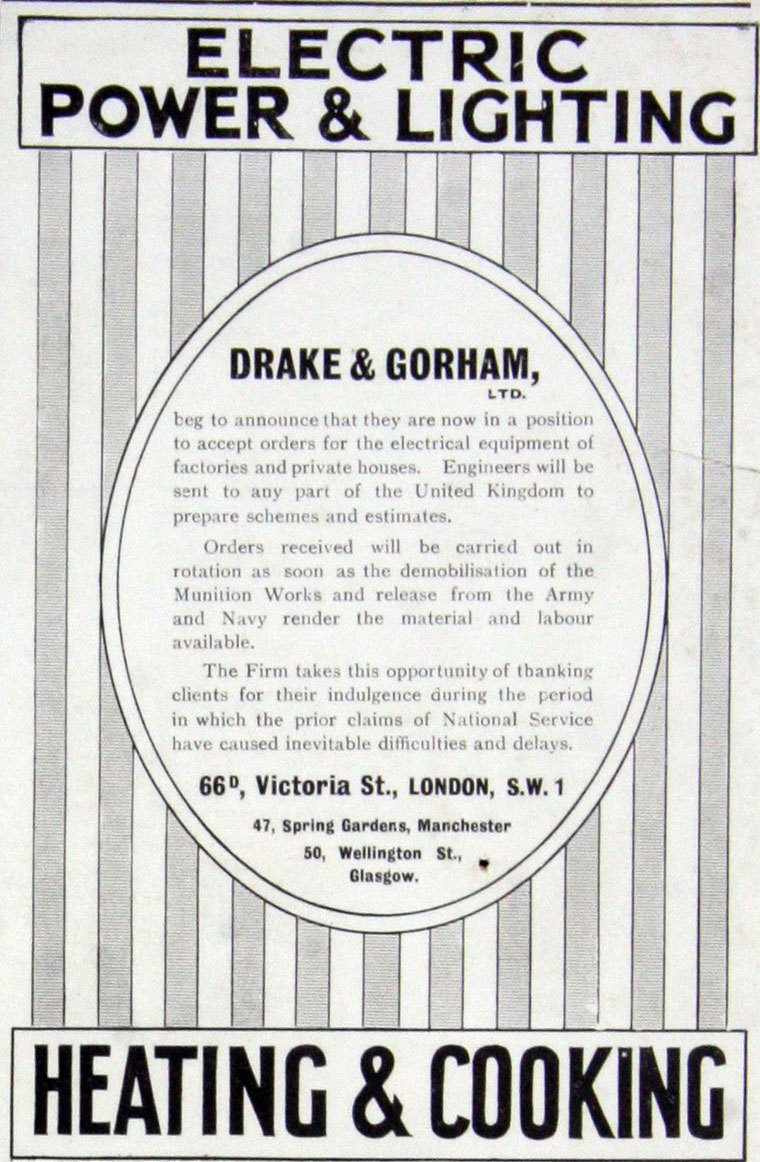 1920. Edison truck by Drake and Gorham and Gillespie Partners.

1898 Formation of Drake and Gorham Electric Power and Traction Co, to take over electric tramways and electricity supply undertakings.

1901 Public company registered on 22 May, to acquire the business of electrical engineers of the same name. [5]

1914 Electrical, mechanical and hydraulic engineers. Specialities: the application of electricity to light and power; petrol gas and acetylene lighting. [7]

By 1929 electrical contracting was a major part of the business; also dealt in switchgear, wireless, Duro pumps and water softeners[11].

1931 Published a list of private houses, churches, institutions, schools, offices, works, etc which had been customers, as well as electric signs, architects and consulting engineers, and municipal electricity supply companies and others[12]