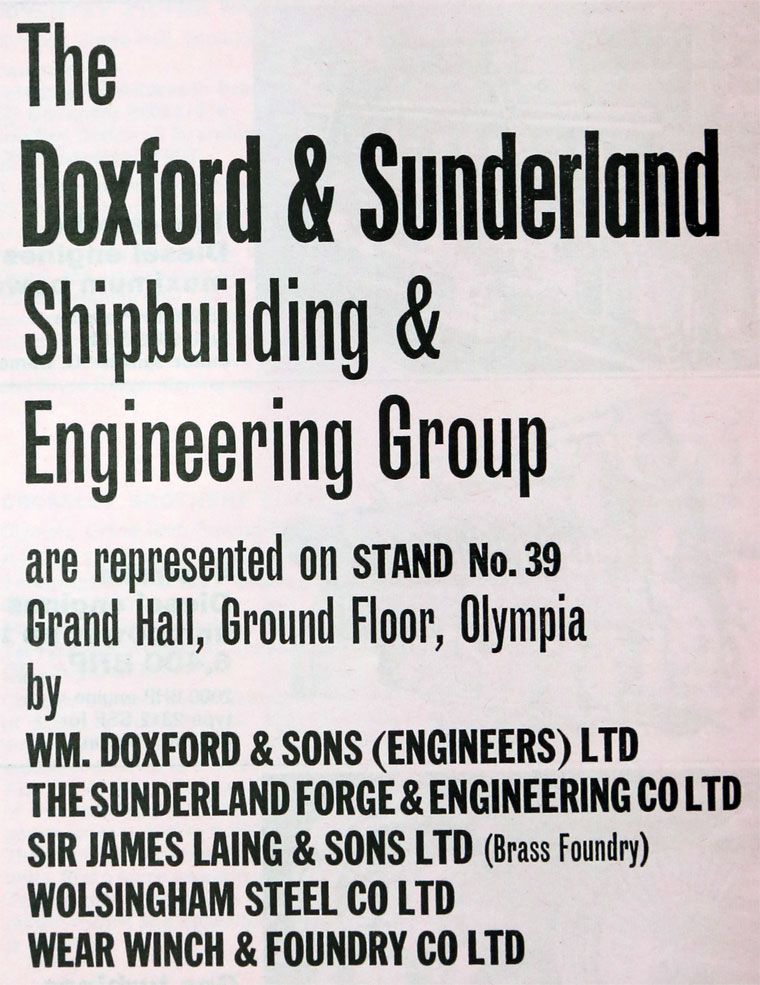 1973 The old East yard at Pallion was demolished and replaced with a gigantic shipbuilding hall where two ships could be built at the same time, side by side with each other. The Doxford and Sunderland Group was renamed Sunderland Shipbuilders Ltd on 5th March.

1980 The last Doxford oil engine was installed on the bulker Canadian Pioneer. The engine was no longer popular and the Pallion Engineering Works became a spare-part supplier only.