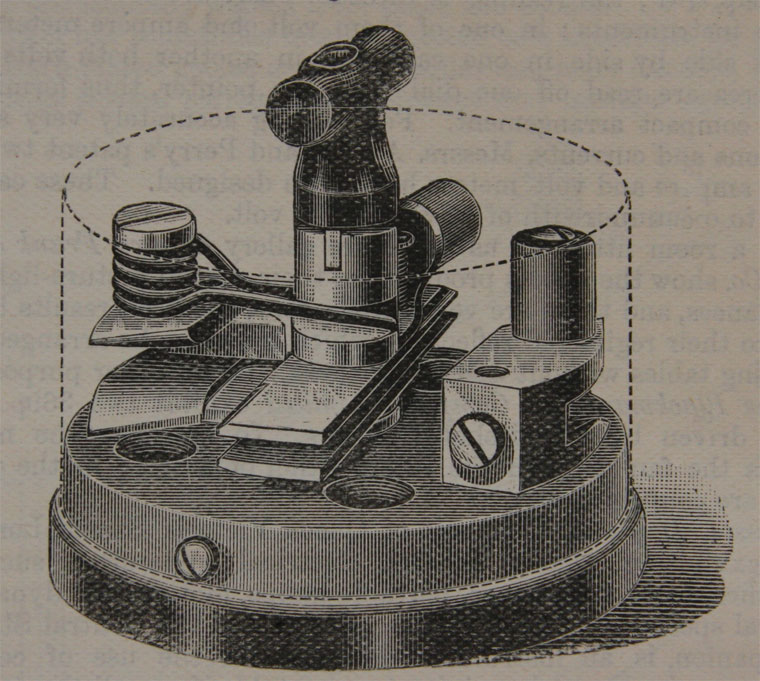 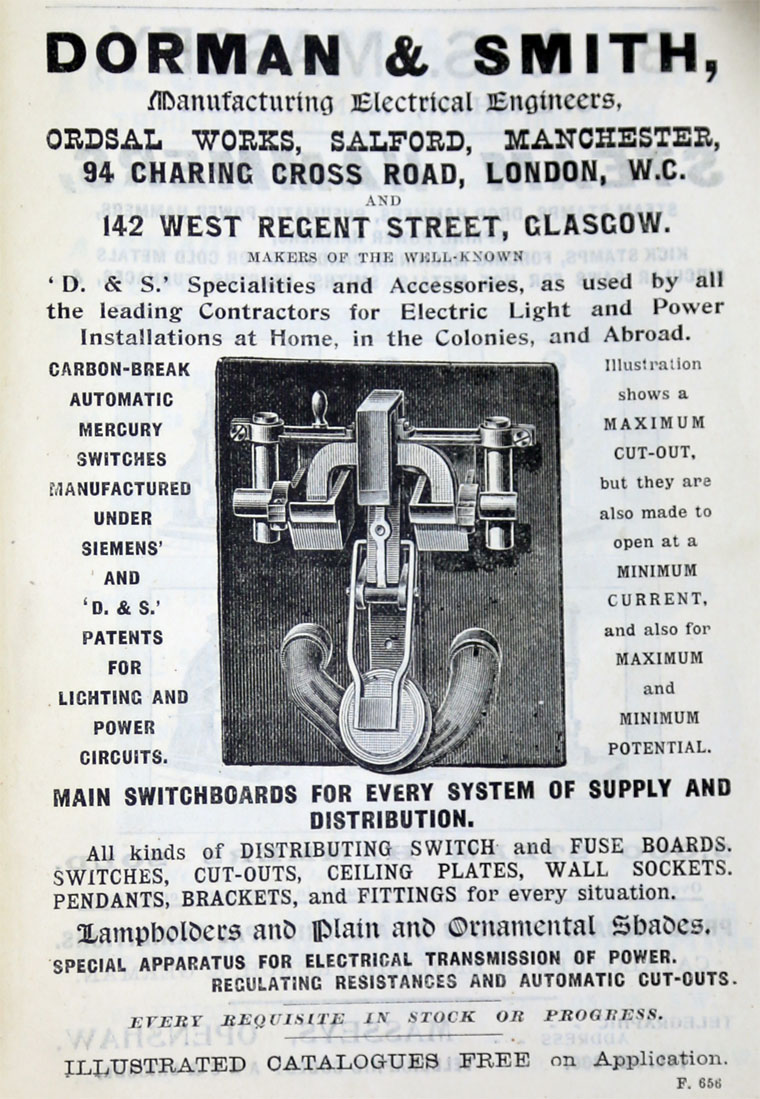 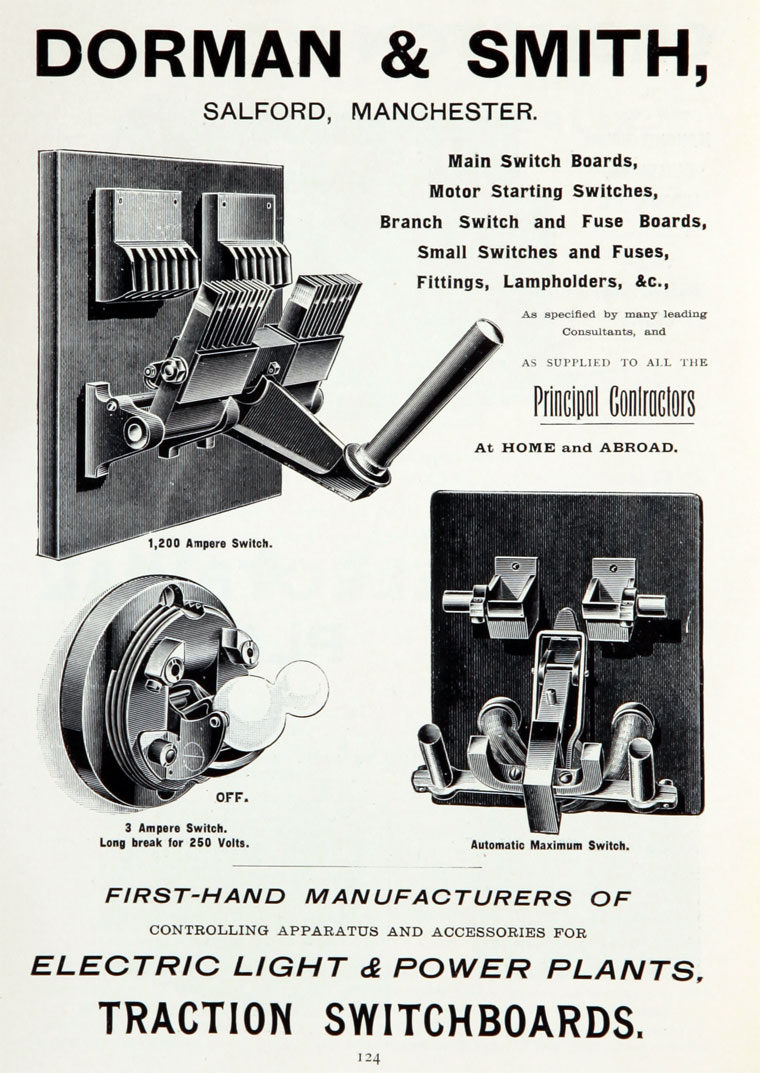 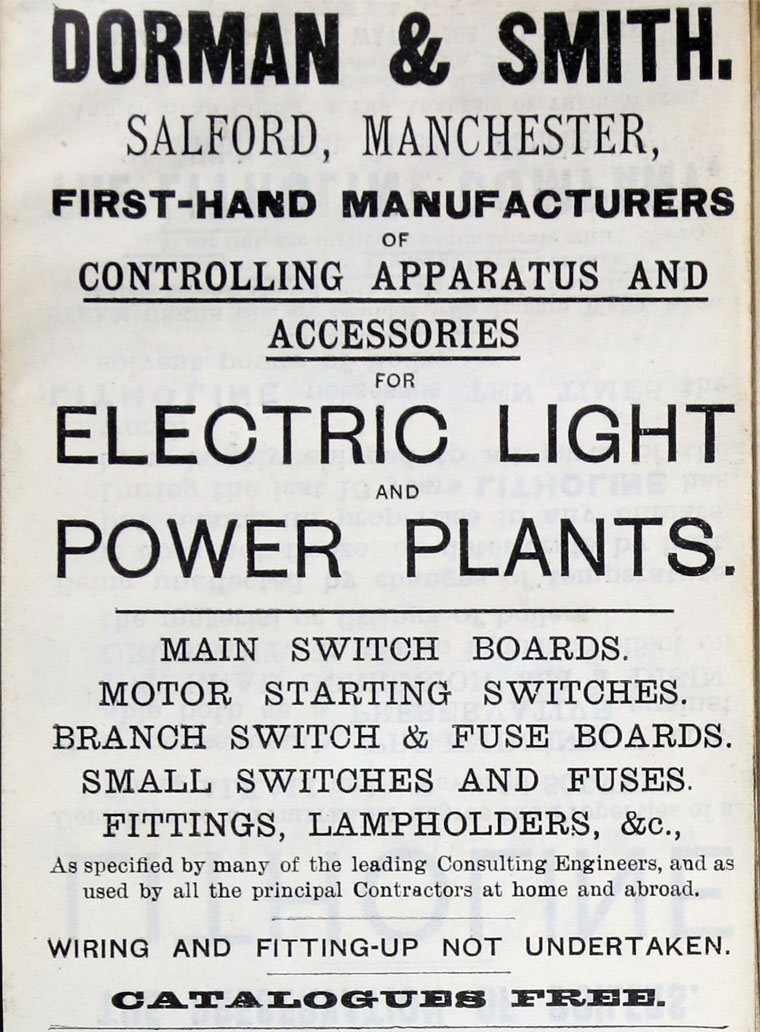 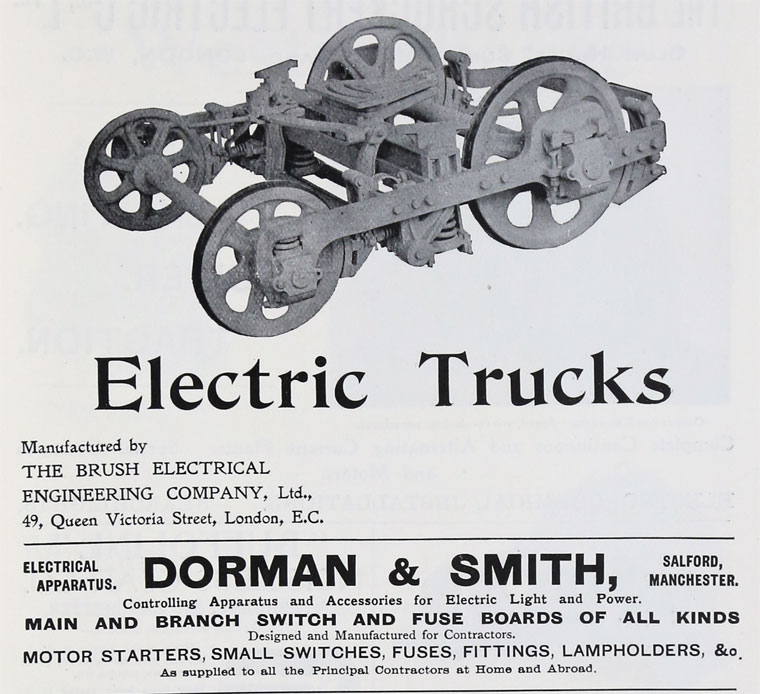 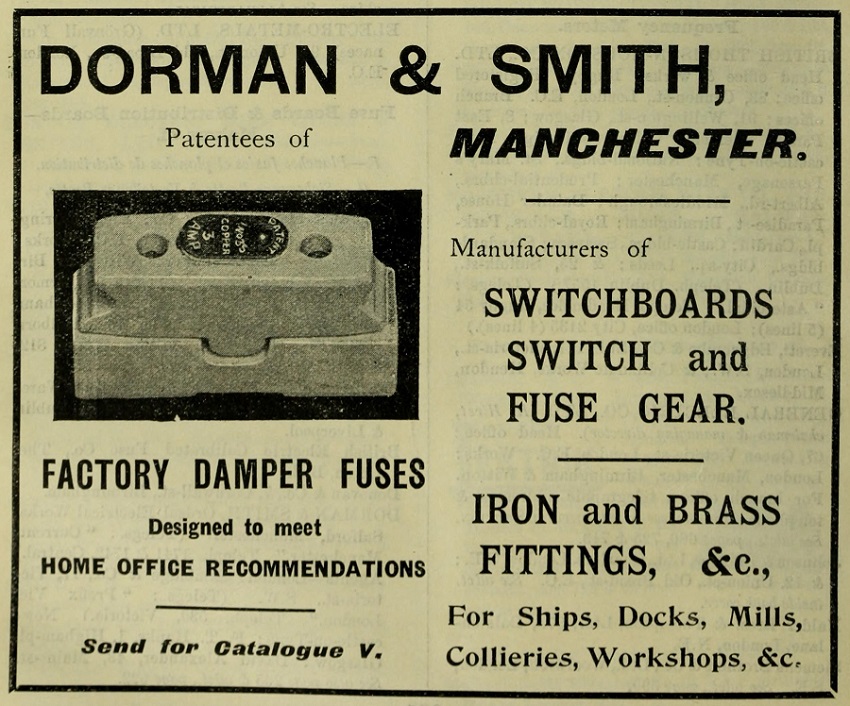 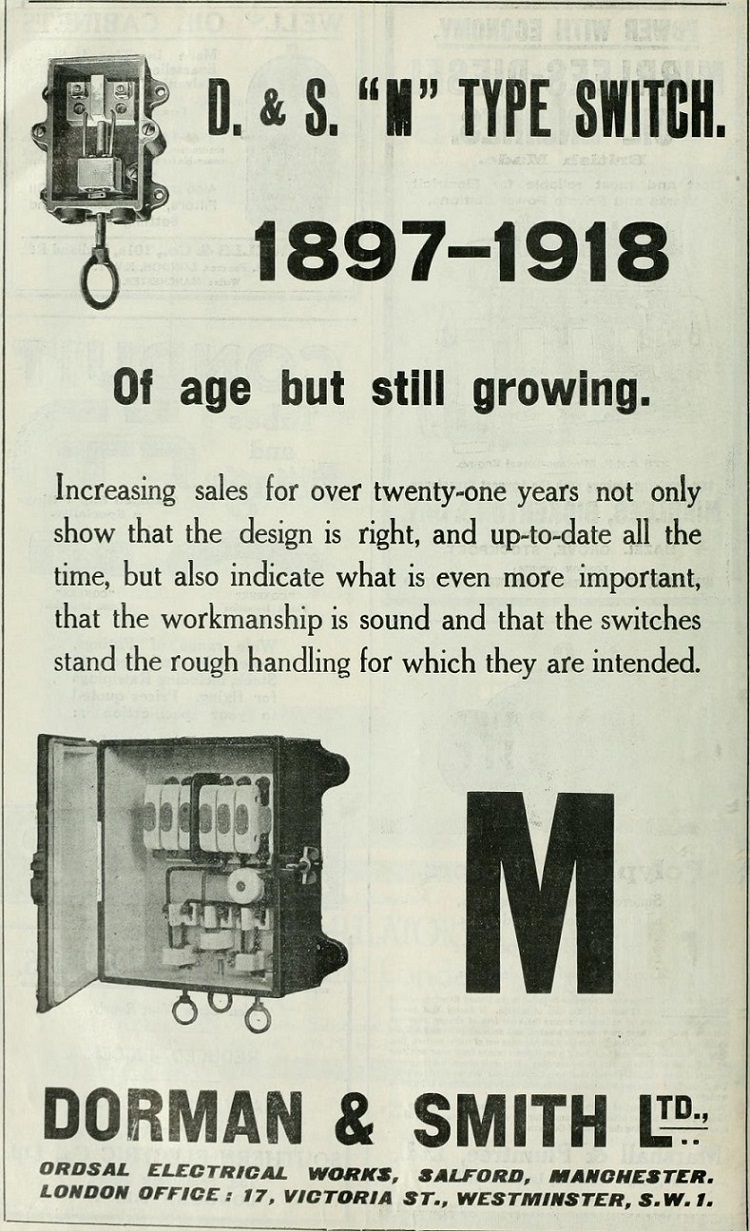 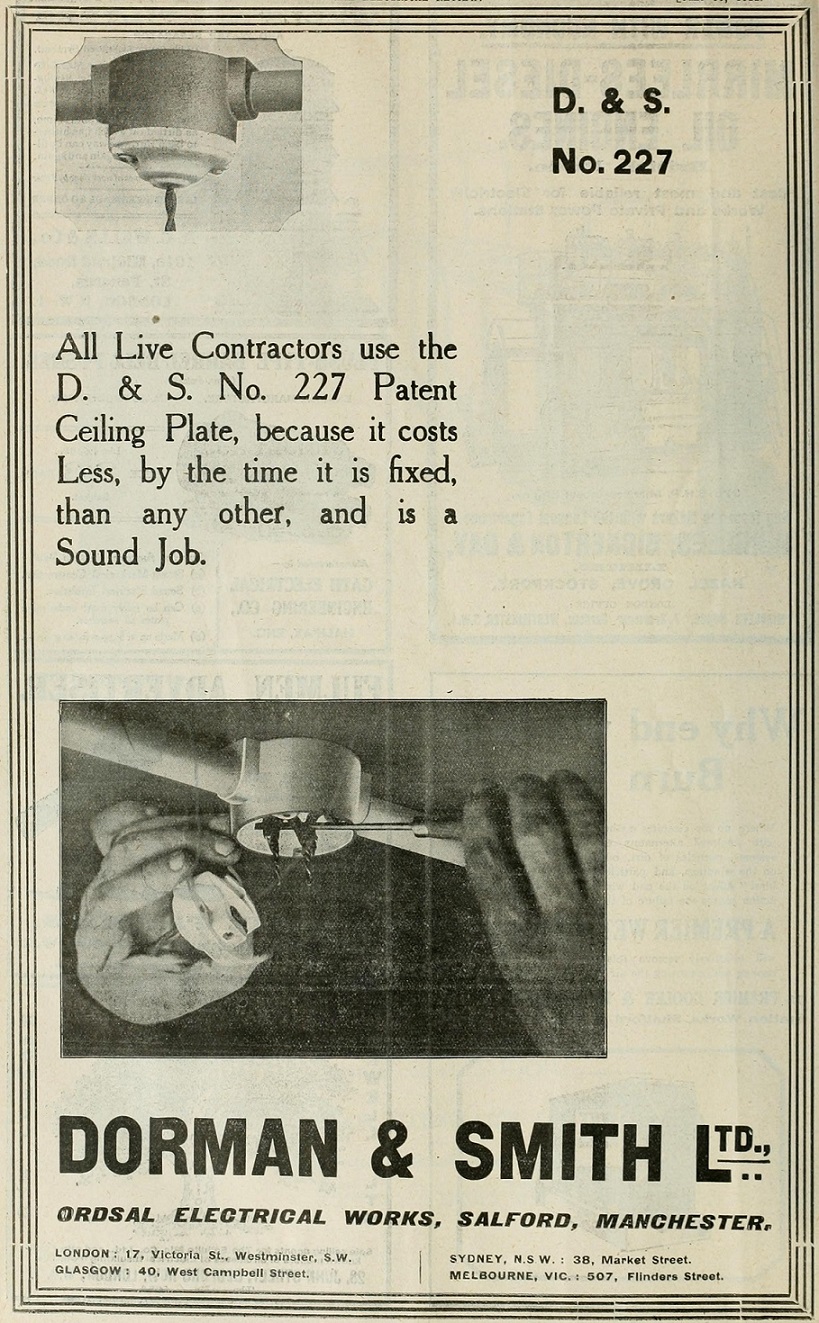 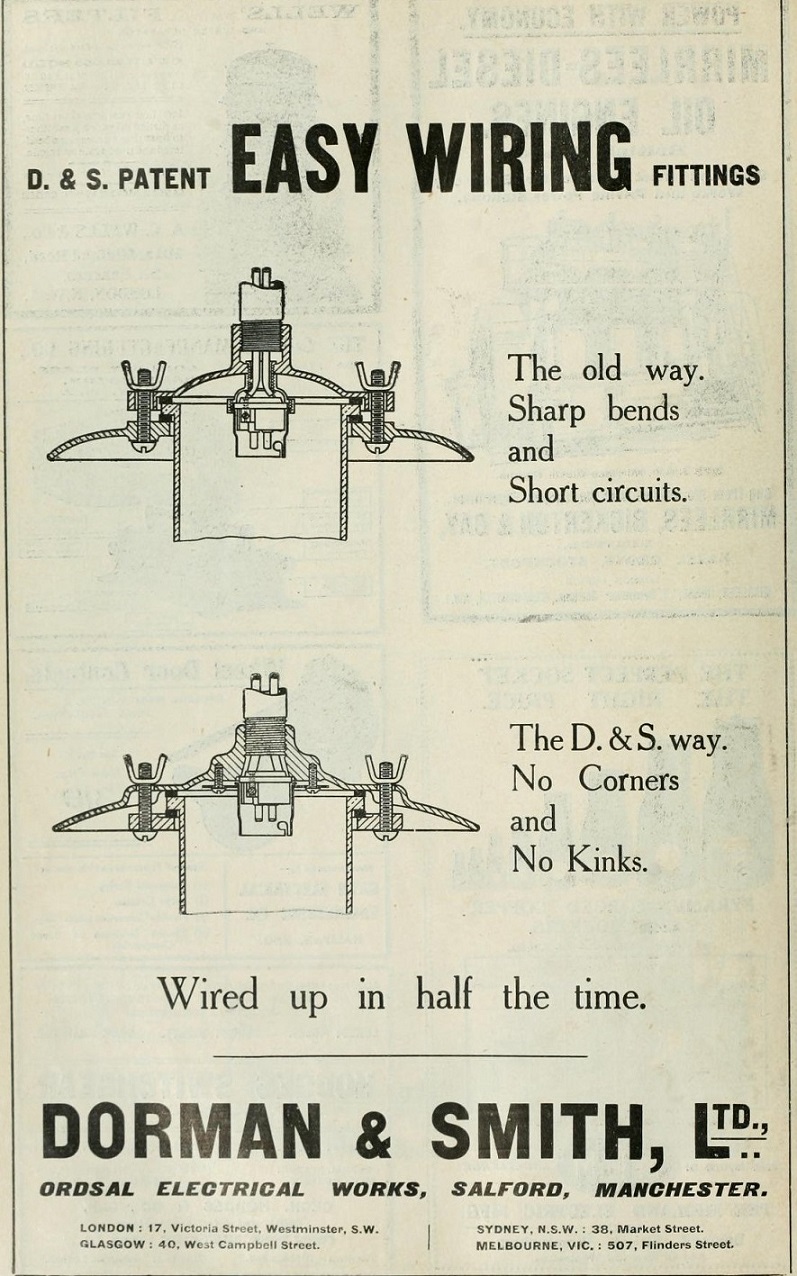 Mr. Dorman carried out some of the earliest electrical installations on board ship, and was responsible for many of the early designs of switchgear and other electrical apparatus.

When Mr. Raworth left Manchester, Mr. Dorman and Mr. Smith took over the small works which he had established and gradually developed the business which became Dorman and Smith, Ltd.

1958 Salford works was closed when production transferred to Preston.