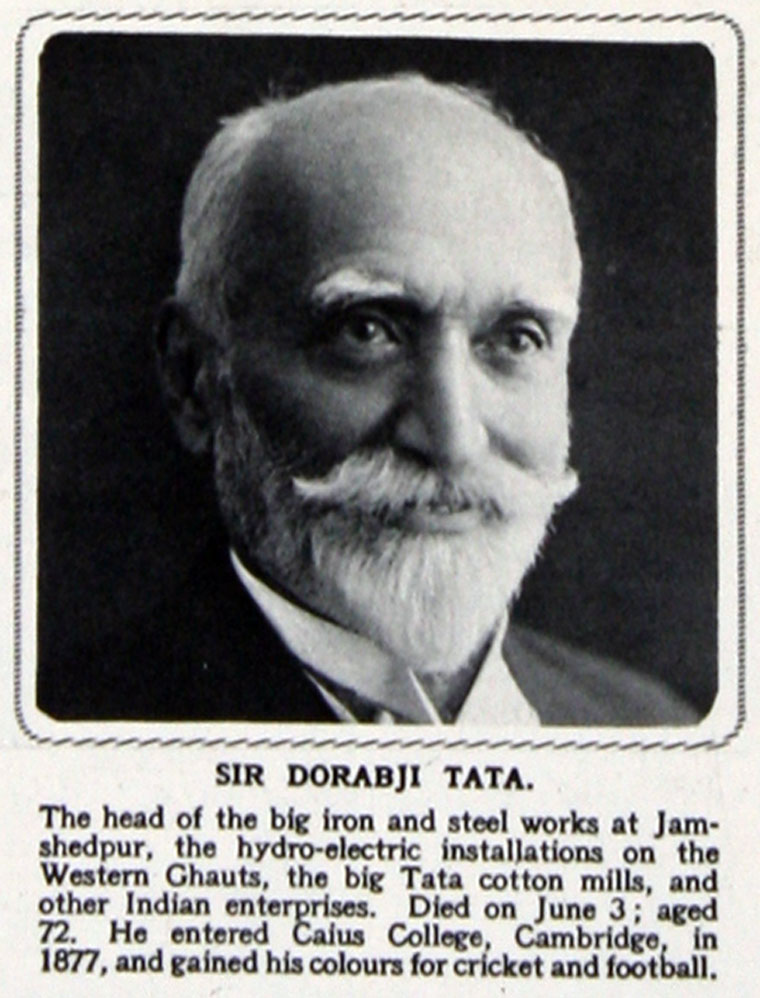 Sir DORABJEE JAMSITJEE TATA died on June 4, 1932, at the age of seventy-two.

The family fortune had been founded by the establishment of a prosperous cotton-spinning business by his father, Jamsitjee Tata, who then set himself the task of carrying out three great enterprises: the establishment of an Institute of Science to prepare Indians for the direction of modern large-scale industries; the construction of iron and steel works; and the construction of hydro-electric power stations in the Western Ghats, where the rainfall is prolific, in order to relieve Bombay of its dependence on distant coalfields. It fell to Sir Dorabjee to complete his father's work.

He established and endowed the Institute of Science at Bangalore. The Central Provinces were searched for iron ore, and rich deposits were discovered at Gurumashini. The works of the Tata Iron and Steel Co., Ltd., were built at Jamshedpur; the steel produced there was of very great value to Great Britain during the Great War. Three associated companies - the Tata Hydro-Electric, the Andhra Valley, and the Tata Power - were launched, and are capable of delivering electricity to Bombay far in excess of the capacity for absorption.

Sir Dorabjee made many gifts, besides his endowment of the Institute of Science, to scientific institutions. He had been educated at Caius College, Cambridge, and he gave £25,000 to Cambridge for the School of Engineering. He received a knight- hood in 1910.

Sir Dorabjee was elected a member of the Iron and Steel Institute in 1904.