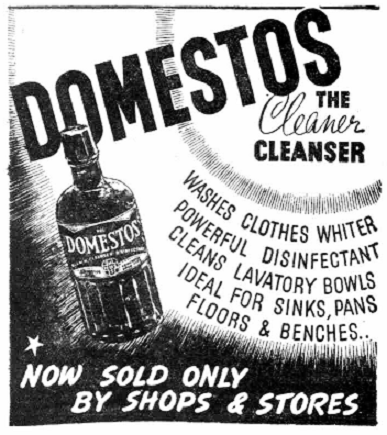 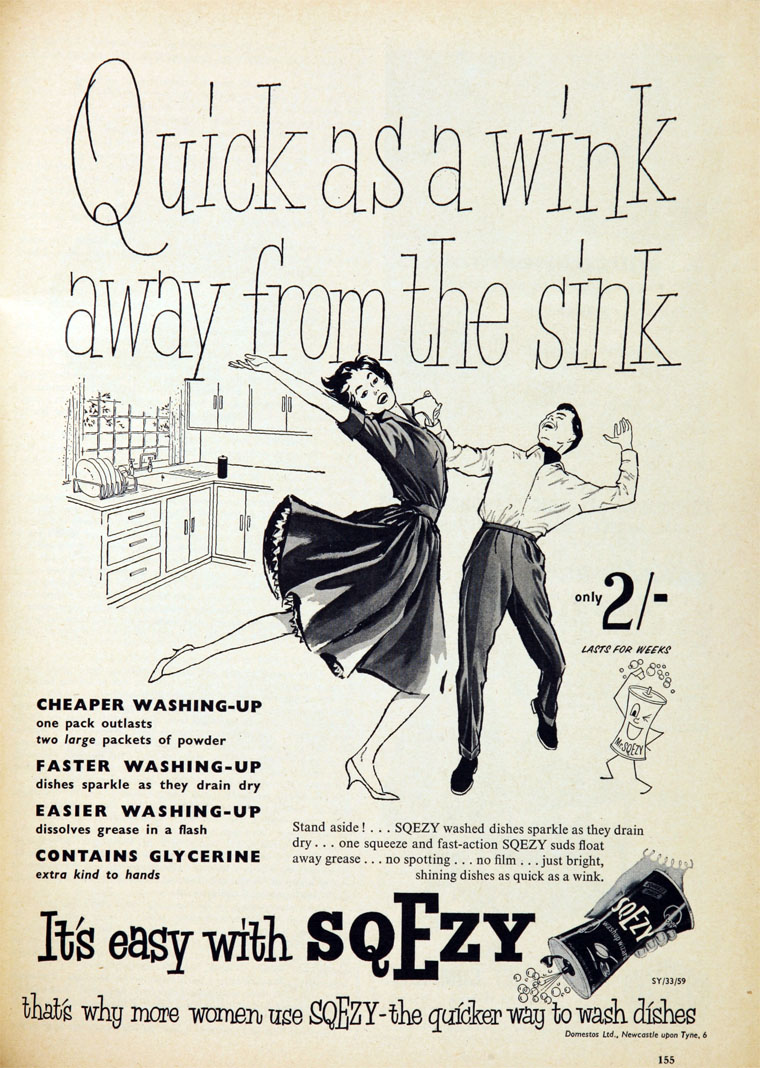 Domestos is a household cleaning range which contains bleach (primarily sodium hypochlorite NaClO) and is manufactured by Unilever.

1929 Domestos was founded by Wilfred Handley.[1]

At first the product was sold from door to door in the UK, housewives using it as a cotton and household surface whitener. [2]

1980s-90s A Domestos marketing campaign featured a mock of a scene from the film Big Bad John in which a Domestos bottle moved slowly around a bathroom in the style of a cowboy as nearby loo brushes and ornaments hid nervously. The bottle went under the name of "Big Bad Dom". The advert was produced using CGI. The advertising slogan for this campaign claimed that Domestos "Kills all known germs. Dead."

2002 A short lived campaign featured former Big Brother contestant Alex Sibley appeared in a commercial lampooning his own obsession of cleanliness and an incident in the house where Alex mimes to the tune That's the Way (I Like It) by KC and the Sunshine Band. In the advert Alex is seen cleaning the Big Brother toilet with Domestos whilst miming to the same song.

2003 After hoping that their 2002 campaign and the popularity of Big Brother, would help to sell their product Domestos were in trouble and looking for other ways to improve their marketing campaign.

2005 Various commercials for different Domestos brands were shown on British Television, with computer generated germs made to represent Salmonella, E.Coli and Staphylococcus. Each germ asserted their plans to inflict suffering, sometimes in parody of well known films such as The Godfather, before being wiped out by a specific brand of Domestos. The advertising slogans for this campaign are "Domestos - Millions of Germs Will Die" for Standard Domestos, and "Millions more germs will die" for 5x Longer Domestos.