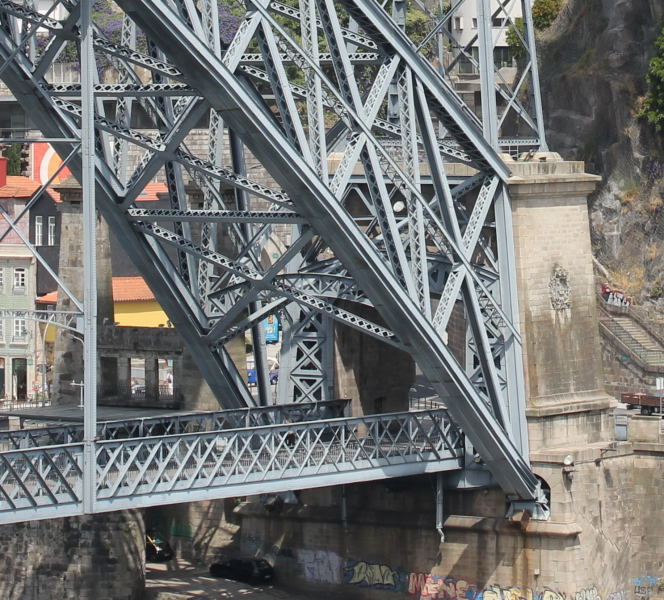 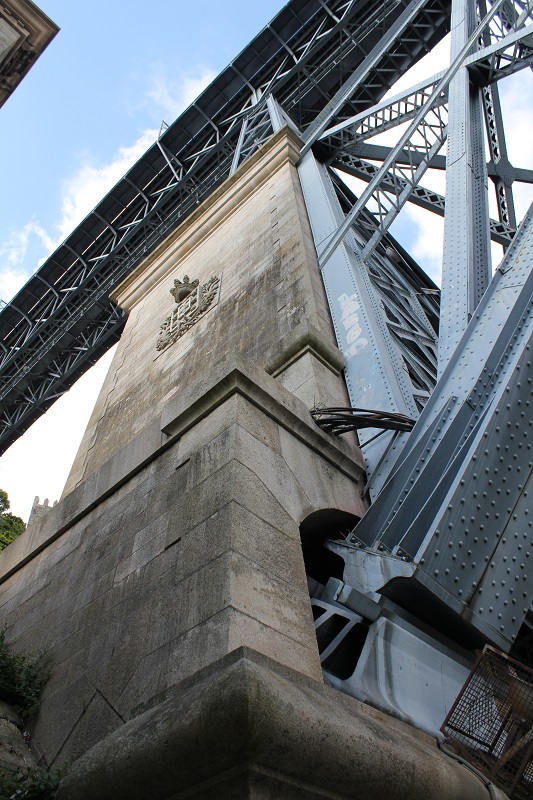 11.One of the four main hinges. Note the wedge packers.

12.Looking down on a masonry tower 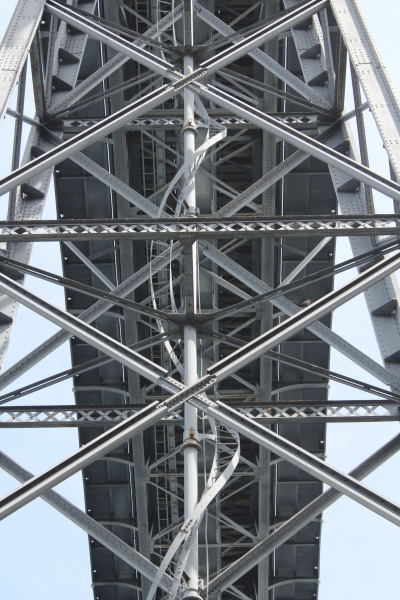 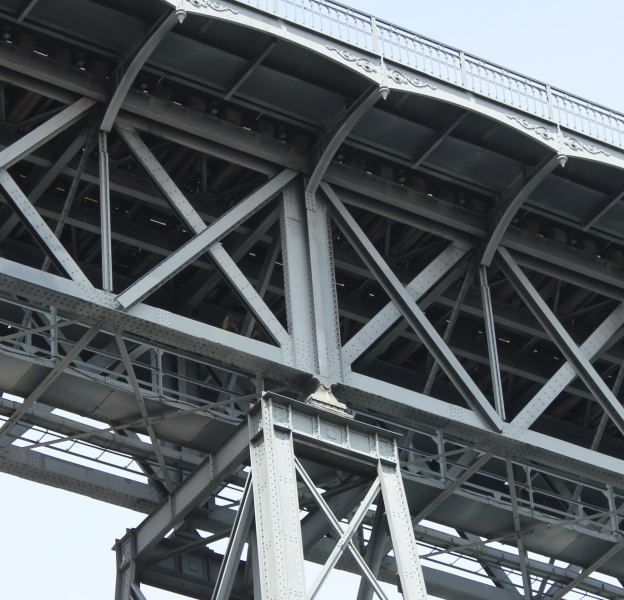 19. The bottom flange has 8 layers of plates riveted together 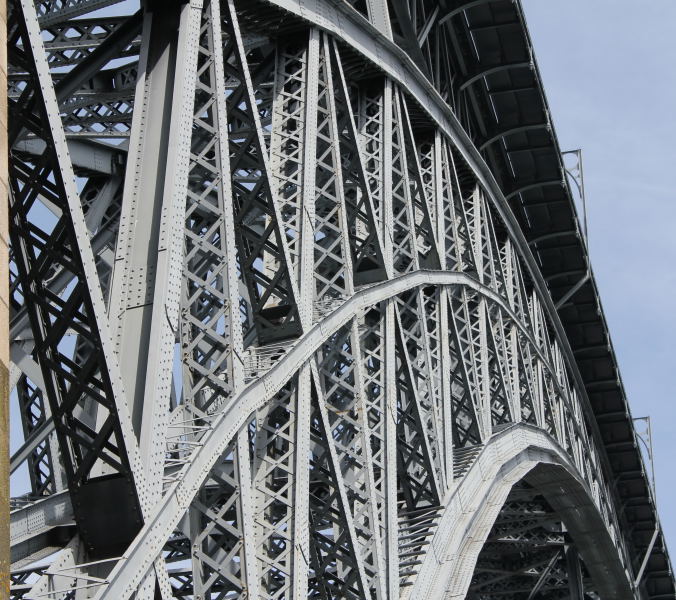 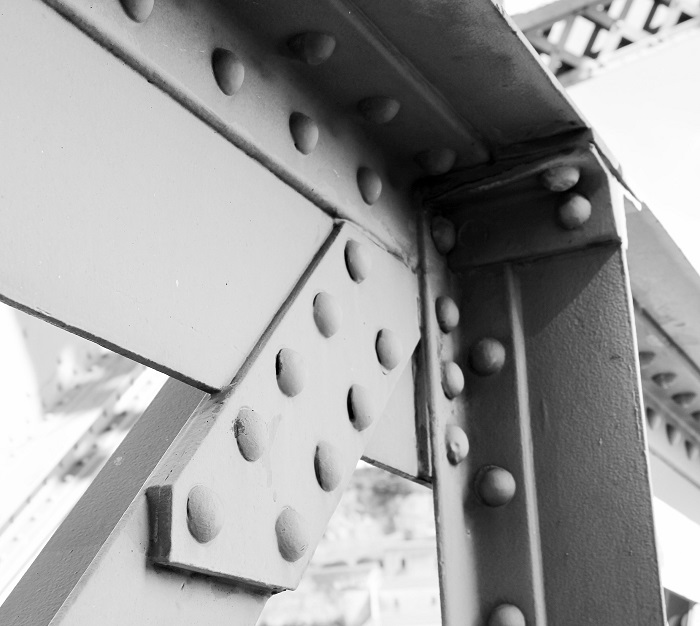 A magnificent double deck wrought iron bridge over the River Douro in the centre of Porto. It has a trussed parabolic arch of 172m span. The upper deck, widened in 1931, is now reserved for trams and pedestrians. The lower deck is for light vehicles and pedestrians. Some sources state that the lower deck also serves to tie the arches, but the deck disappears into the masonry piers, so it is not obvious how the deck tension is transmitted to the arches.

Designed by Theophile Seyrig, and constructed by Soc. Willebroeck (Belgium) between 1881 and 1886[1]. Ten companies had tendered for the work, and the Seyrig/Willebroeck bid won despite being the third most expensive.[2]

An earlier, iron railway bridge - Maria Pia Bridge - designed by Gustave Eiffel and Théophile Seyrig, can be seen nearby. Although superficially similar, the arch is crescent shaped, and there is no lower deck. Constructional details show marked differences. In fact, although the basic principles are similar, and the bridges share a parent - Seyrig - the approach to detail design is very different. Perhaps this illustrates the extent to which the design work was undertaken by the bridge constructor's own designers rather than by the Responsible Engineer. This can be seen by comparing photos of any structural element on the two bridges.

A curious aspect of the Luiz I bridge is the effort that Willebroeck made to avoid using the trade of the 'angle smith' (angle iron smith). Angle smiths were widely employed by structural engineers and shipbuilders to skilfully bend angle, channel and T-sections and to 'joggle' the same (i.e. forming a 'dog leg' to accommodate step changes between components). Examples of their work can be seen in photo 9 on the Maria Pia Bridge entry. In contrast, the last photo on this page indicates how avoidance of 'joggling' makes it necessary to use extra pieces of plate to fill gaps.

See here for photographs showing the construction of the bridge, with the now-demolished Ponte Pensil (Porto) suspension bridge alongside.