Grace's Guide is the leading source of historical information on industry and manufacturing in Britain. This web publication contains 145,069 pages of information and 230,730 images on early companies, their products and the people who designed and built them.

1862 Model of self-acting mule, on display at the Musee des Arts et Metiers in Paris, 2019 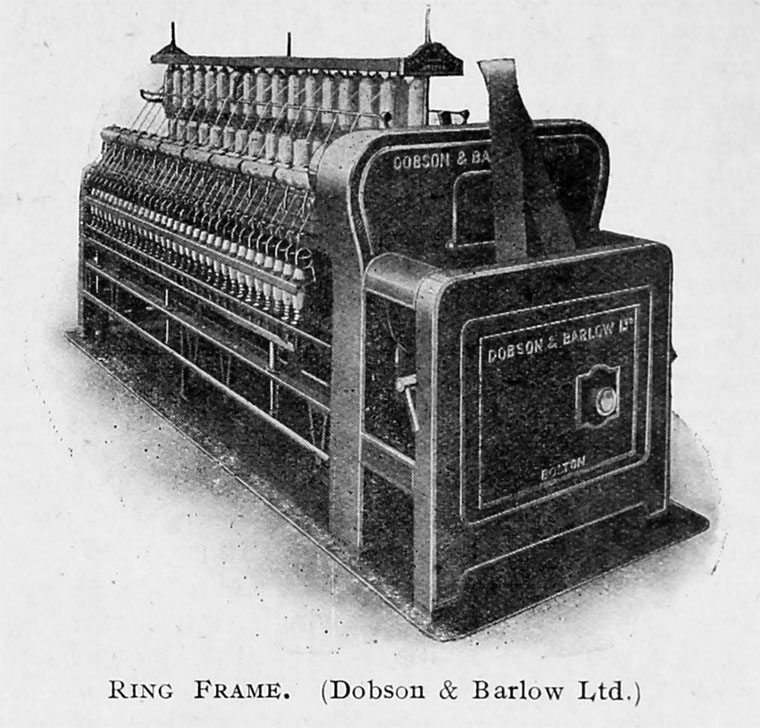 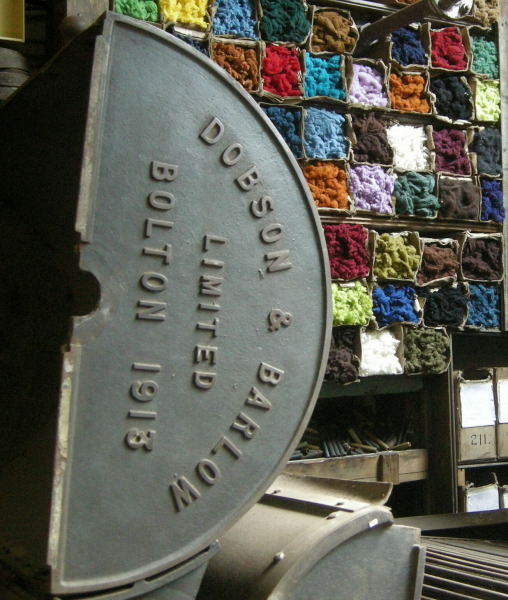 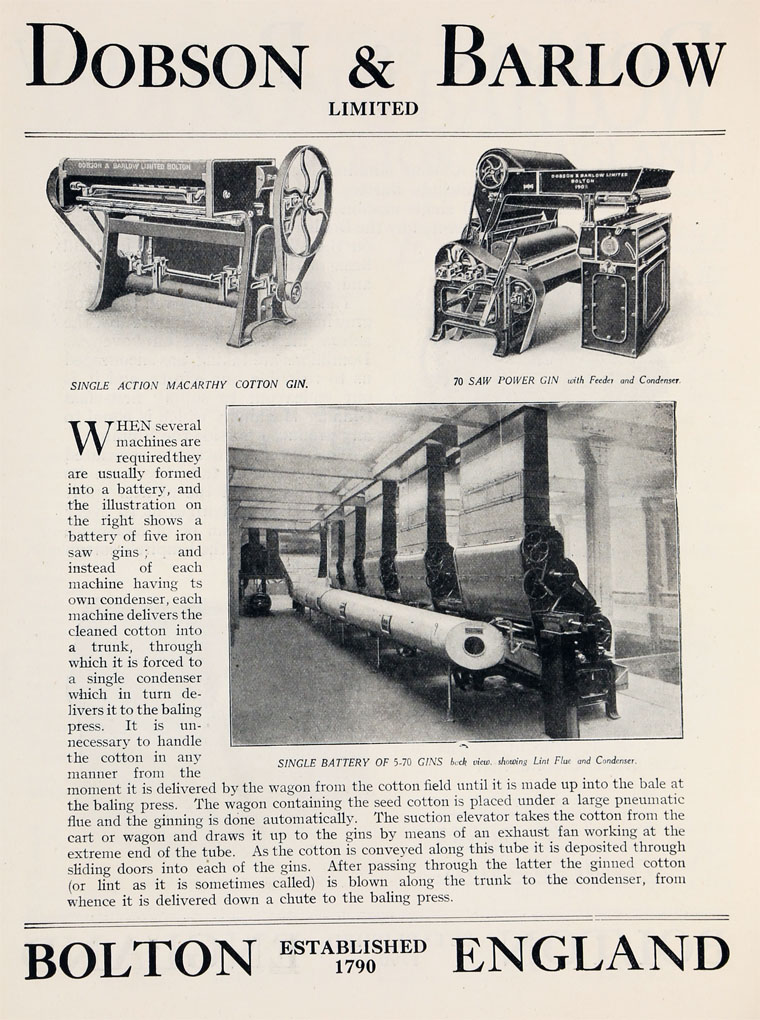 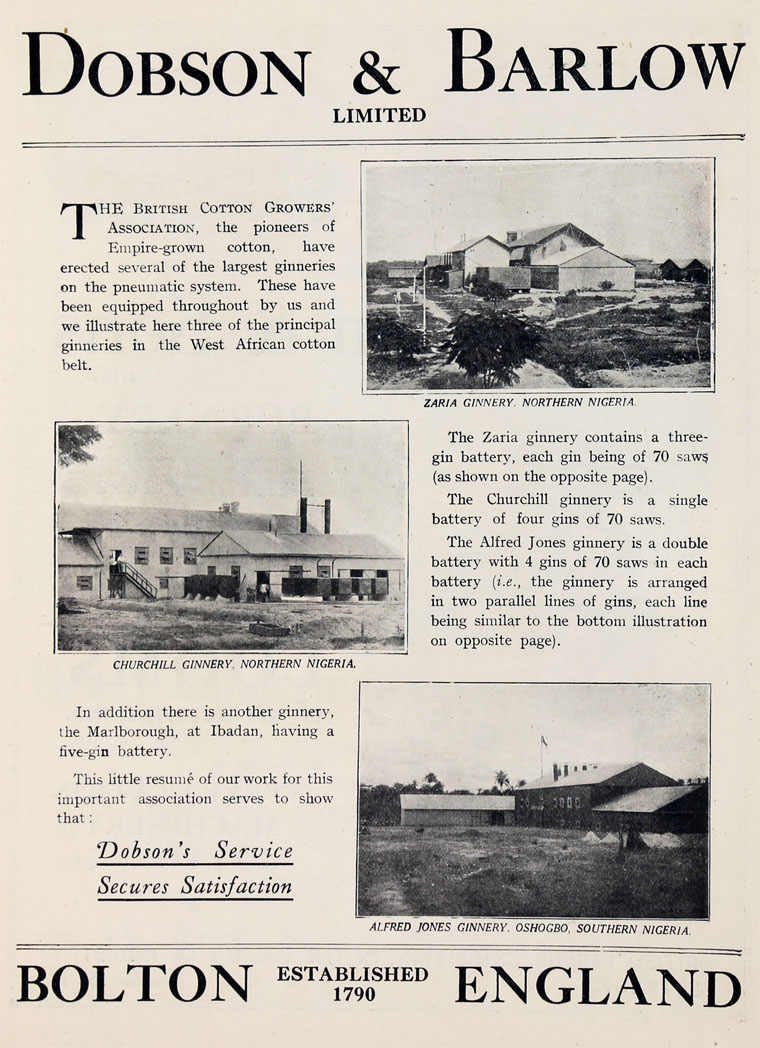 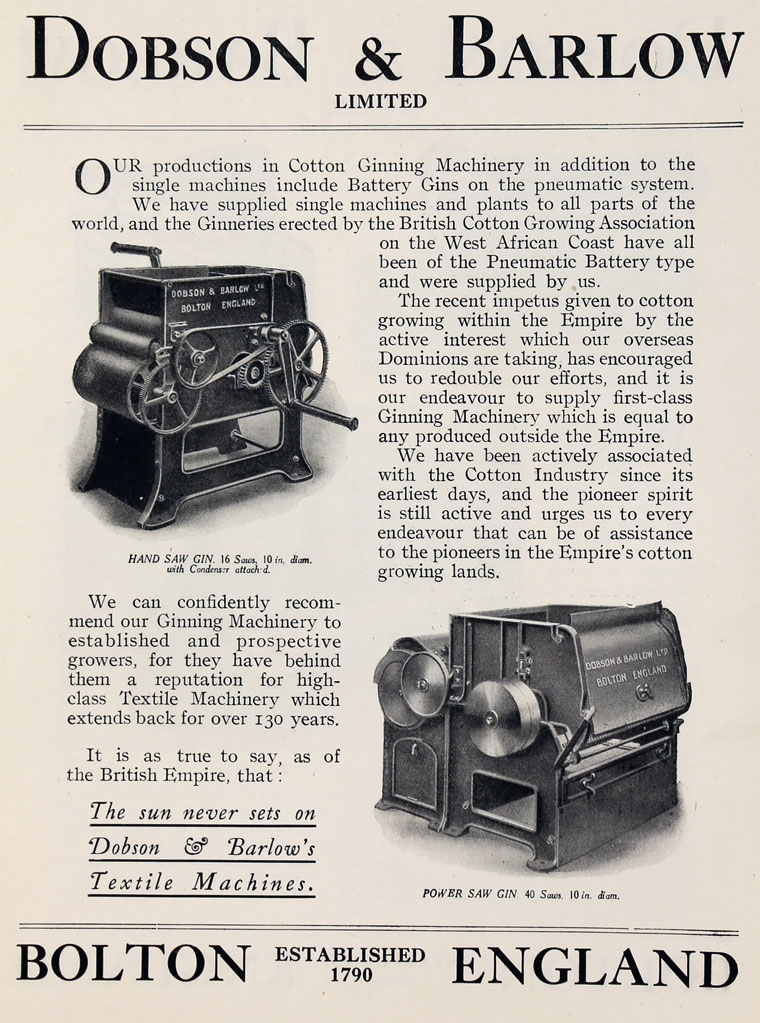 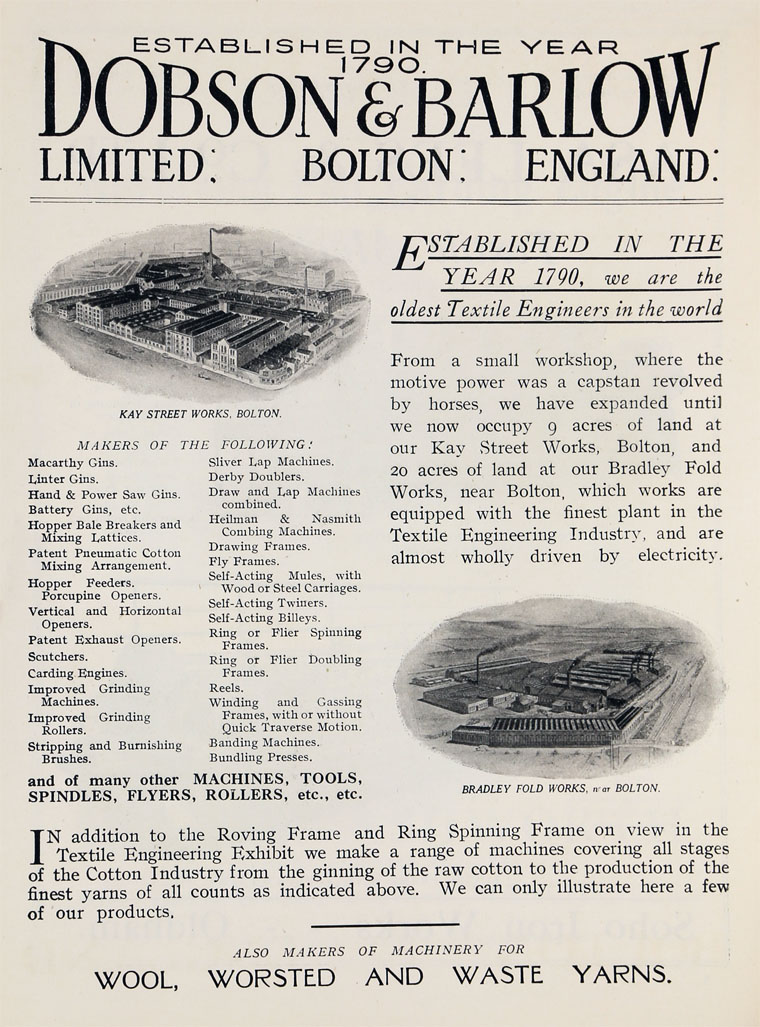 1851 On the death of Mr. Metcalf, Benjamin Dobson entered into partnership with Mr. Barlow; the name of the firm became Dobson and Barlow.

1864 Patent to Peter Knowles, Foreman in the employ of Messrs. Dobson and Barlow, of Bolton-le-Moors, in the county of Lancaster, Machine Makers, for an invention of "improvements in machinery for opening and cleaning cotton, and other fibrous materials."[1]

1906 After building a second production facility at Bradley Fold, the company was re-floated as a public limited concern with members of the Dobson family holding key directorships.

1907 The company was registered on 13 June, in reconstruction of a company of the same name, carrying on the manufacture of machinery for cotton spinning and doubling. [4]

Dobson and Barlow's main competitors between 1890 and 1913 were mainly Lancashire based companies such as Platt Brothers, Asa Lees and Co and Howard and Bullough. Between them these three companies alone employed around 20,000 workers.

WWI During the First World War Dobson and Barlow Ltd became one of the most important producers of munitions in the region. They produced a wide range of war equipment including Mills No. 5 hand grenades, artillery shells, field kitchens, mobile workshops, naval mines and search lights. Apart from the significant disruption to their normal activities caused by munitions production, some 1,600 male employees volunteered for the armed forces.

1915-1918 Dobson and Barlow withdrew from the textile machinery market to concentrate on munitions.

1917 Reference to having the tallest chimney in England by J. Smith

1981-21 Company records indicate that a large proportion of the orders received between 1918 and 1921 were from Belgian and French textile producers who were re-equipping and refurbishing after the devastation of the war.

1932 Dobson and Barlow were incorporated into Textile Machinery Makers (TMM) and after then lost much of its independence.

WWII: Dobson and Barlow produced bomber wings at the Bradley Fold plant. These units were totally unlike their normal production and were mostly hand built using mainly skilled male workers. By the end of the war the company had built 6,065 pairs of wings.

After 1945 the firm was returned to the TMM Group

By 1959 was a subsidiary of Stone-Platt Industries[6]

1979 as part of Platt Sacco Lowell, the Dobson and Barlow plant employed less than 200.