1. 1959 Djinn helicopter at the Helicopter Museum in Somerset 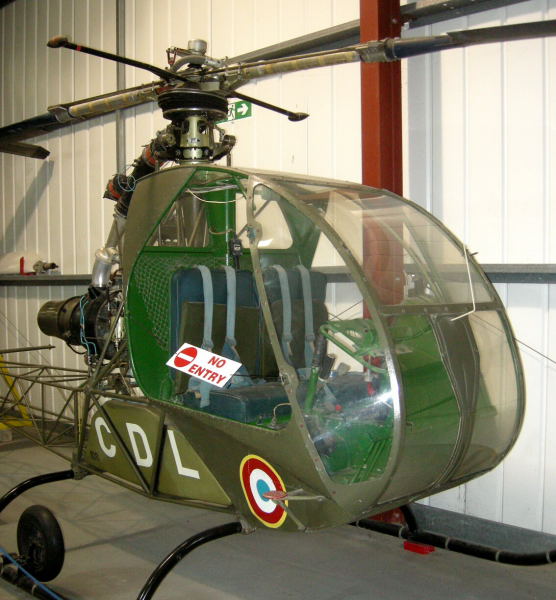 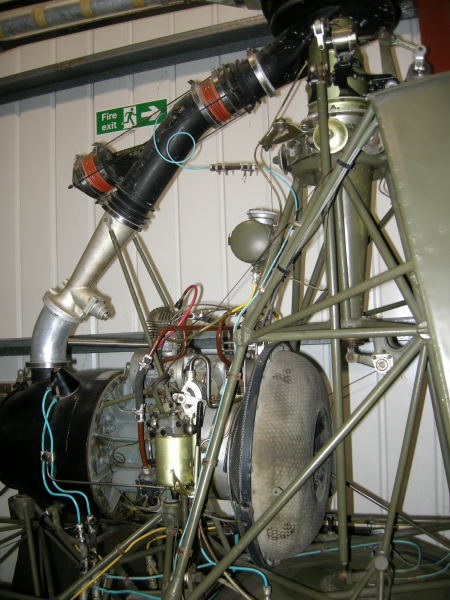 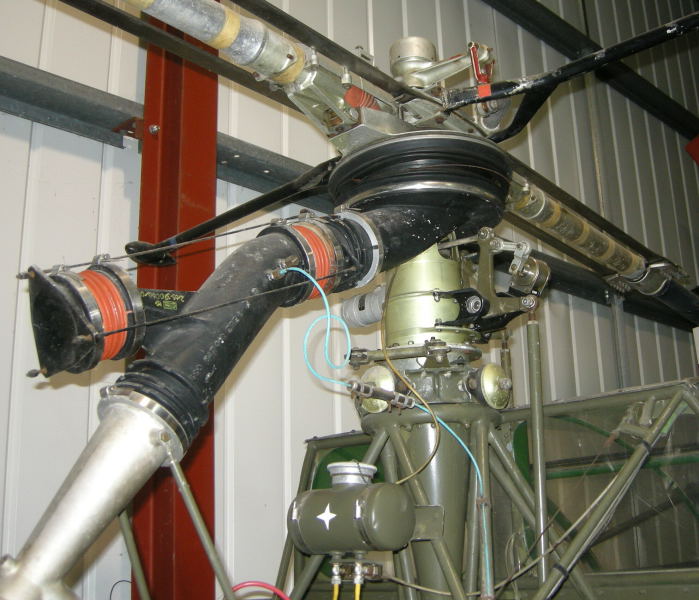 4. This shows the compressed air pipe leading to the blades from the compressor. Note the bellows connection, and the compensating bellows which counteract the thrust force arising from internal pressure 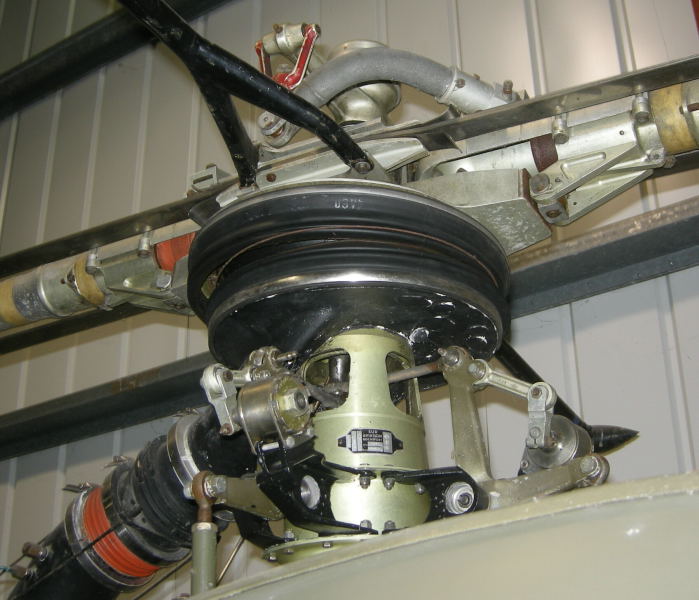 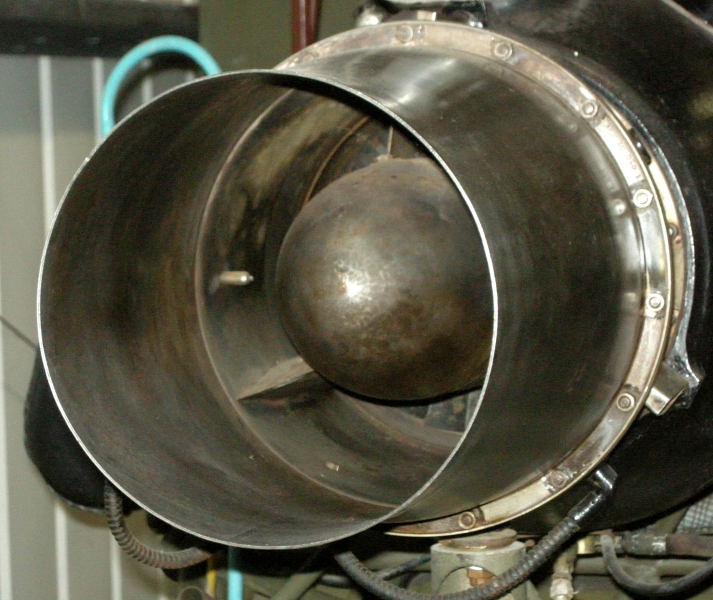 The Sud-Ouest Djinn is a French two-seat light helicopter designed and manufactured by SNACSO (Sud-Ouest for short), which later became Sud Aviation.

A 1959 example is on display at the Helicopter Museum in Somerset. It has a 240 SHP Turbomeca Palouste IV engine. The black-painted casing seen in Photo 10 hides a complex arrangement of internal chambers which distribute air from the centrifugal compressor to the rotor and to the two-stage gas turbine.

SNACSO had acquired the rights to the design of the Doblhoff WNF 342 helicopter developed in Germany by Austrian Friedrich von Doblhoff and his team in WW2. Three members of the German team, including Theodor Laufer, moved to France in 1946 to work on the development of the Ariel and the Djinn. Laufer returned to Germany to work for Dornier on the development of the DO32E helicopter.[1]

The Doblhoff WNF 342 helicopter's tip jets burned a mixture of fuel and air. However the Djinn's rotors were driven by compressed-air jets at the end of each blade, without burning fuel in the jets. The Djinn was the first production rotorcraft to use tip-jet propulsion.

Note: The Djinn had been preceded by the same maker's Ariel helicopter, which made its first flight as early as 1947. In that case the tip jets had combustion chambers.

Tip jets avoid the complication of drive gearing, and they avoid the need for an anti-torque tail rotor or contra-rotating blades.

The blades were attached to the hub by a flexible leaf spring arrangement, instead of the usual hinges. See photos 7 - 9. This system was also part of the German WW2 concept.