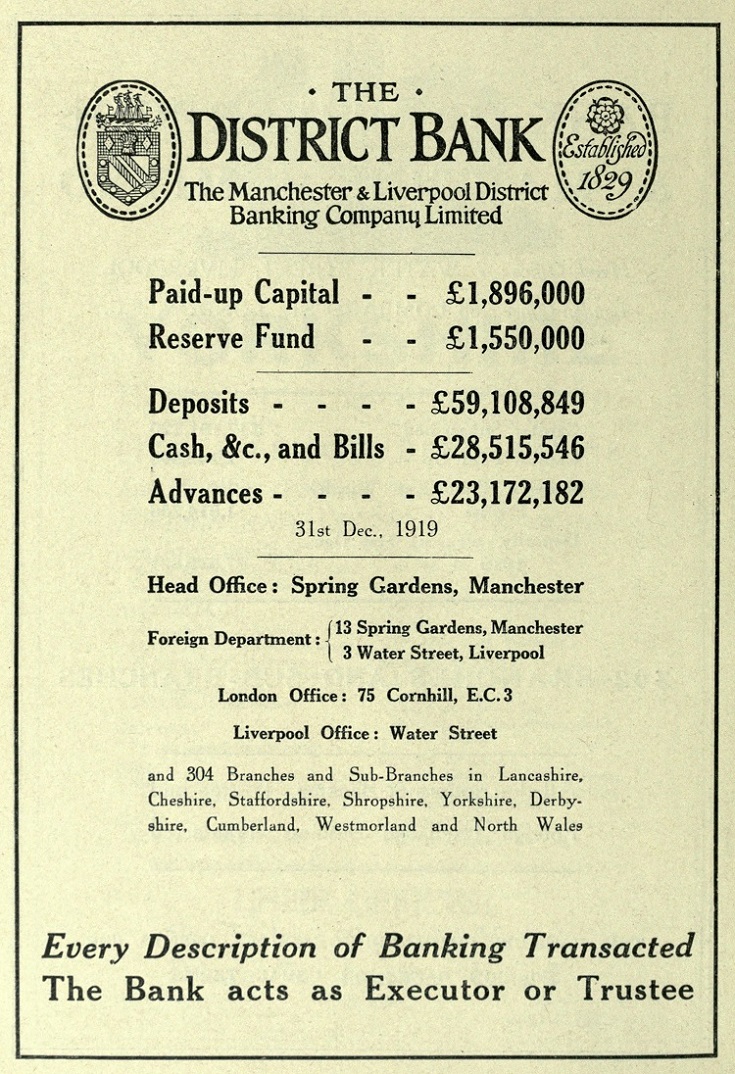 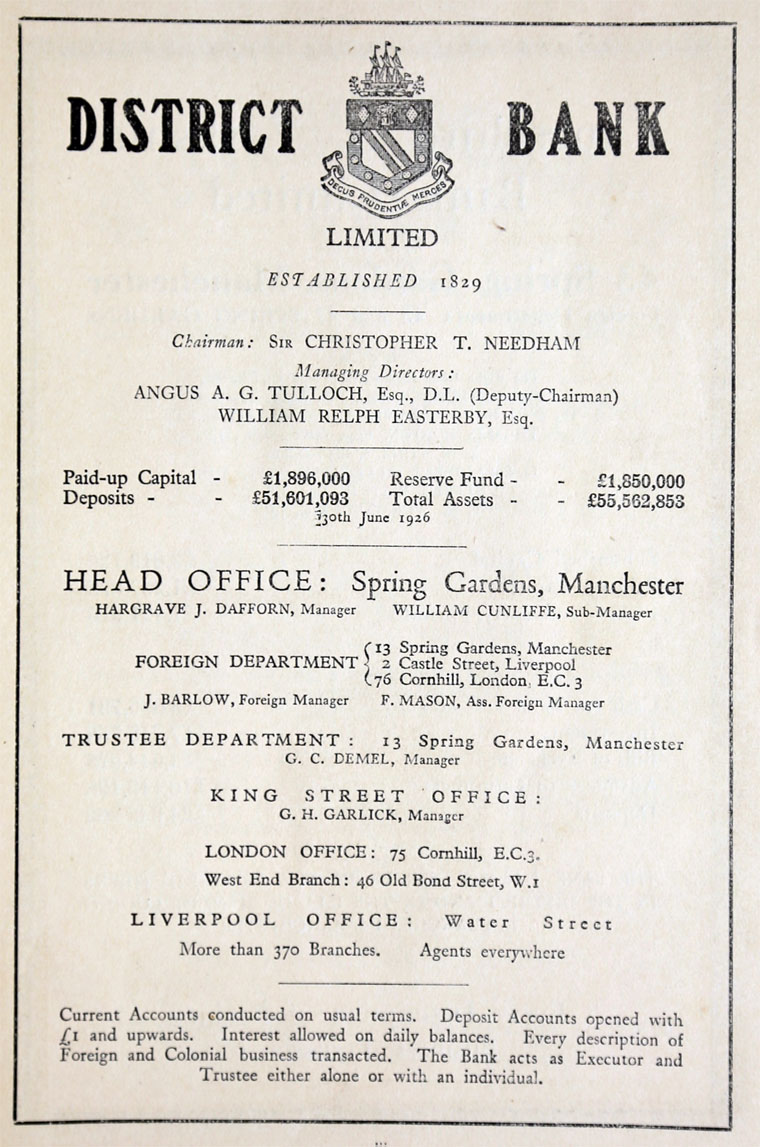 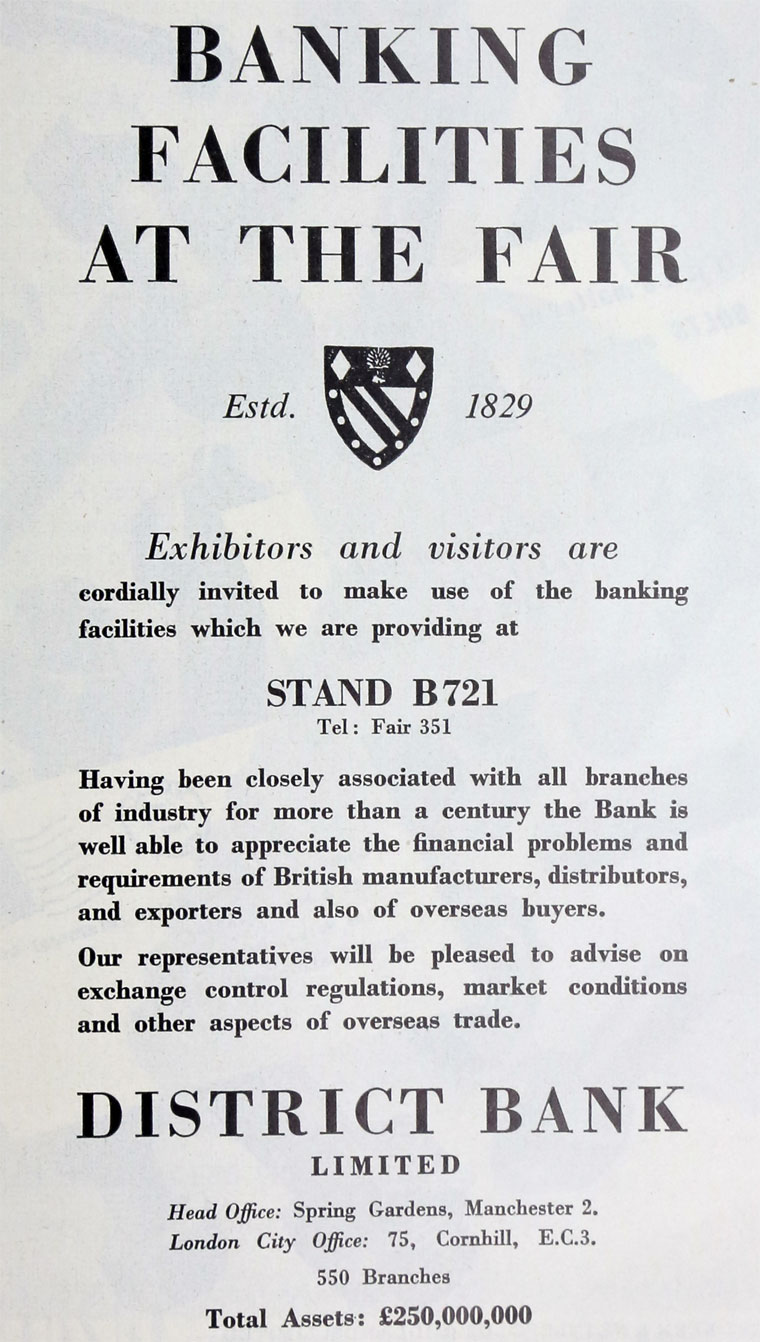 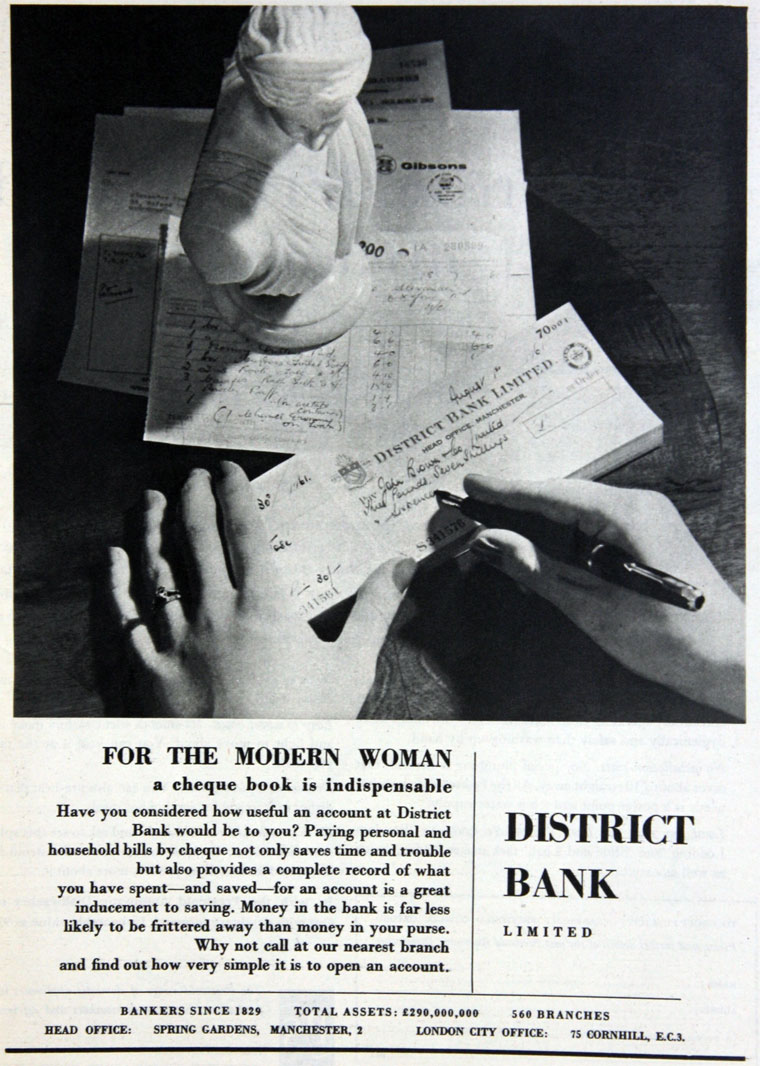 Branches were opened in Oldham, Liverpool and Hanley in 1830 and by late 1833 17 branches existed.

By 1880, when the bank acquired limited liability status, it had 54 branches and sub-branches in Lancashire, Cheshire, Derbyshire, Shropshire, Staffordshire and Yorkshire.

1885 opened an office in London

1891 acquired William, John and Thomas Brocklehurst and Co of Macclesfield.

1924 Name shortened to the District Bank.

1935 the business amalgamated with County Bank, a Manchester-based bank with a network of 190 branches.

1936 it was admitted to the London Clearing House.

By the late 1930s a number of branches had been opened east of the Pennines, in the Midlands, southern England and Wales. This expansion of the network resumed after the Second World War.

1962 Acquired by the National Provincial Bank.

Continued to operate independently until 1968, by which time it had 570 branches.