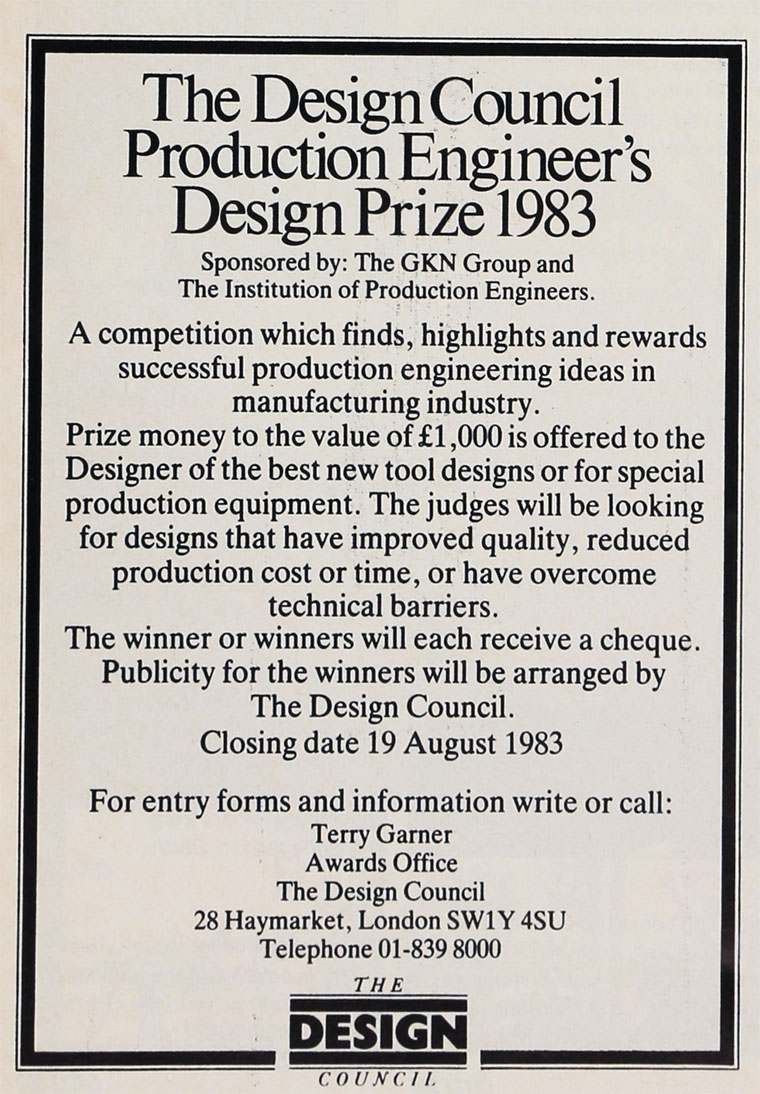 The Design Council started on 19 December 1944 as the Council of Industrial Design (COID), founded by Hugh Dalton, President of the Board of Trade in the wartime Government. And its objective was 'to promote by all practicable means the improvement of design in the products of British industry'.

S. C. Leslie, the Council's first director, played an important part in the Britain Can Make It exhibition of 1946. It was 1947 successor Sir Gordon Russell who established the organisation's model for the next 40 years. Under Sir Paul Reilly in the early '70s, the organisation changed its name to the Design Council in 1972.

The Design Council was incorporated as a registered charity by Royal Charter in 1976, although it continued to operate as a non-departmental public body.

In December 1994 the Council underwent a restructuring, which resulted in its function being changed from being both an advisory body and a provider of goods and services to being primarily strategic, with a mission “to inspire the best use of design by the United Kingdom in the world context, in order to improve prosperity and wellbeing”.

On 1 April 2010 it incorporated a subsidiary trading company called Design Council Enterprises Limited to transact “fundraising activities that are not primary-purpose charitable activity.”

On 1 April 2011, it ceased to be a non-departmental public body of the Department for Business, Innovation and Skills and became an independent registered charity, although it continued to receive grants from the Department. It also officially merged with the Commission for Architecture and the Built Environment (CABE) on the same day although Design Council CABE was incorporated four days earlier.[1]