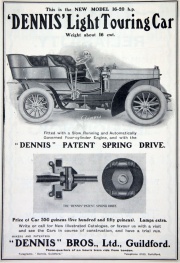 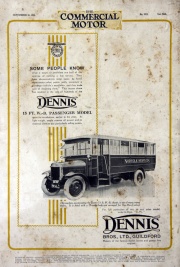 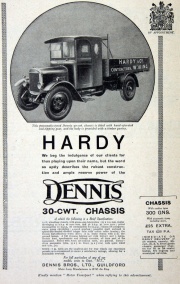 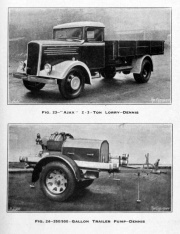 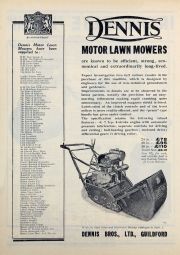 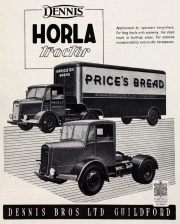 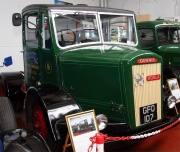 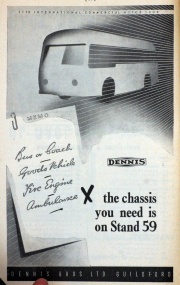 WW2 Produced a large number of trailer fire pumps and other vehicles, as well as lorries and light armoured vehicles for the War Office.

1972 Purchased by the Hestair Group. The Mercury Truck and Tractor and Mercury Airfield Equipment businesses were then sold to Marshalls (Halifax), also makers of aircraft ground support and airfield tractors[11] Resumes bus production with the rear-engined Dominator chassis. Also supplied the rugged, front-engined Jubilant to Hong Kong before a three-axle version of the Dominator emerged as the Dragon and Condor models, designed to cope with extreme peak loadings of up to 172 passengers

1989 Management Buy-out of Hestair's engineering businesses including Dennis; the new parent was Trinity Holdings[12]. The 3 companies were[13]:

1990 Dennis opened a new factory at Slyfield on the outskirts of Guildford to replace its ageing manufacturing plant.

By 1992 Trinity Holdings had acquired Reliance-Mercury, maker of airport tractors.

1998 Acquired by Mayflower Corporation after a battle with Henlys[16]

2007 The last fire engine was built at Slyfield; the site continued to be the centre of bus chassis manufacturing for Alexander Dennis.