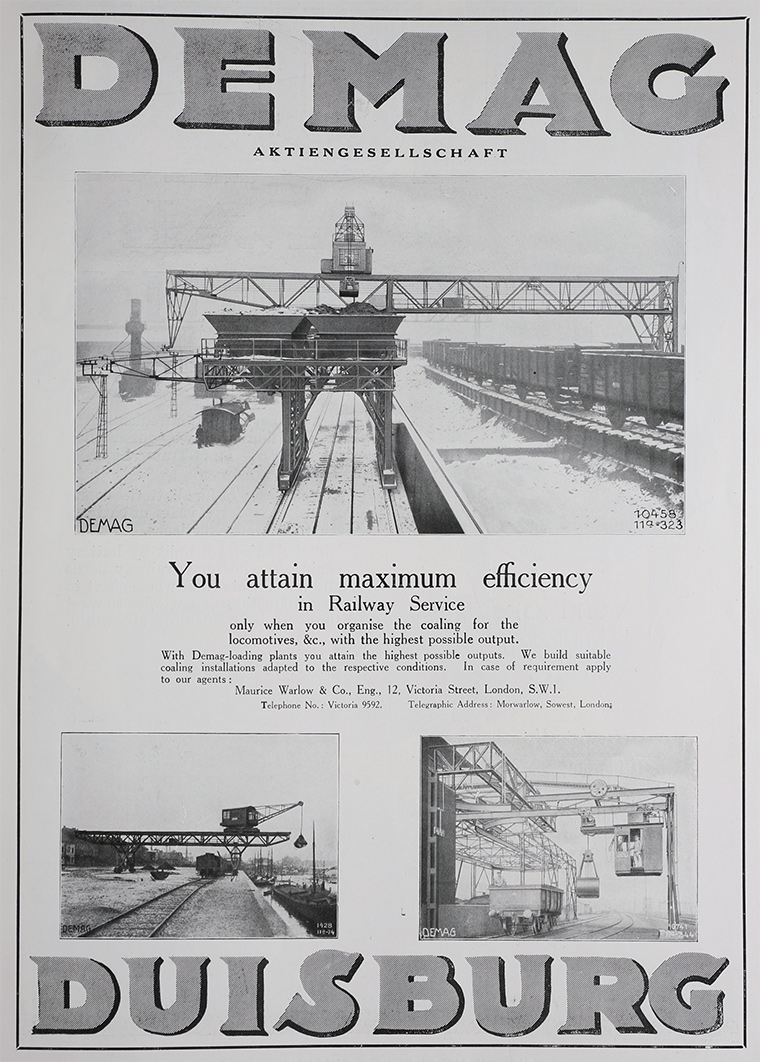 Formed in 1910 in Duisburg through the amalgamation of the Märkische Maschinenbau-Anstalt L. Stuckenholz AG, the Duisburg Mechanical Engineering AG, and the Benrath Machine Works GmbH.

1929 Agents in the UK were Maurice Warlow and Co

1976 Demag was the main company importing cranes into the UK; it had established an assembly operation in the UK[1]