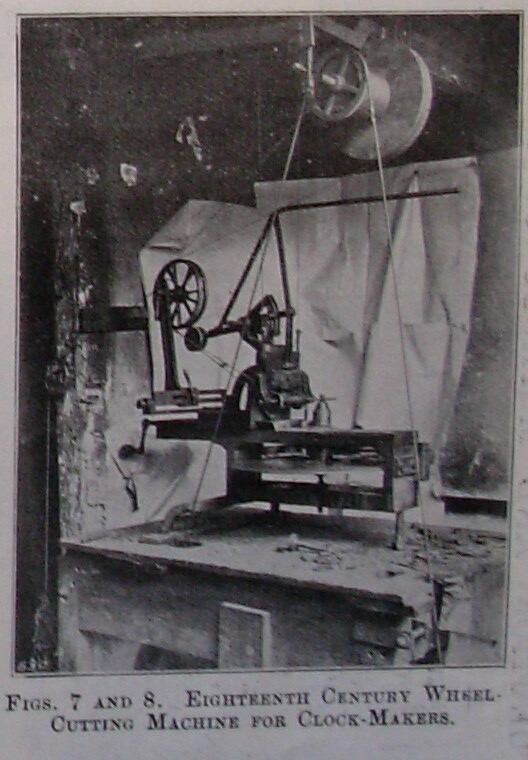 1851 Advertising as successors to I. Dell of John Street. Makers and retailers of clocks and watches.[1]

An article about gear cutting in 'Engineering' in 1908, written by Thomas Humpage, included a photograph of a gear cutting machine which was 'about a century old' and was still in use at Dell & Co's workshop in Broad Street, Bristol. It shows some advanced features for its time. A vertical slide carried the headstock for the milling cutter's horizontal spindle. The vertical slide was guided horizontally on the bed by dovetail slides. The blank to be cut was mounted on a vertical spindle which carried a large dividing plate. A foot-powered treadle provided the motive power, and the driving cord can be seen in the photo, passing through a very distressed bench to turn a countershaft from which a slender cord found its way to the spindle.