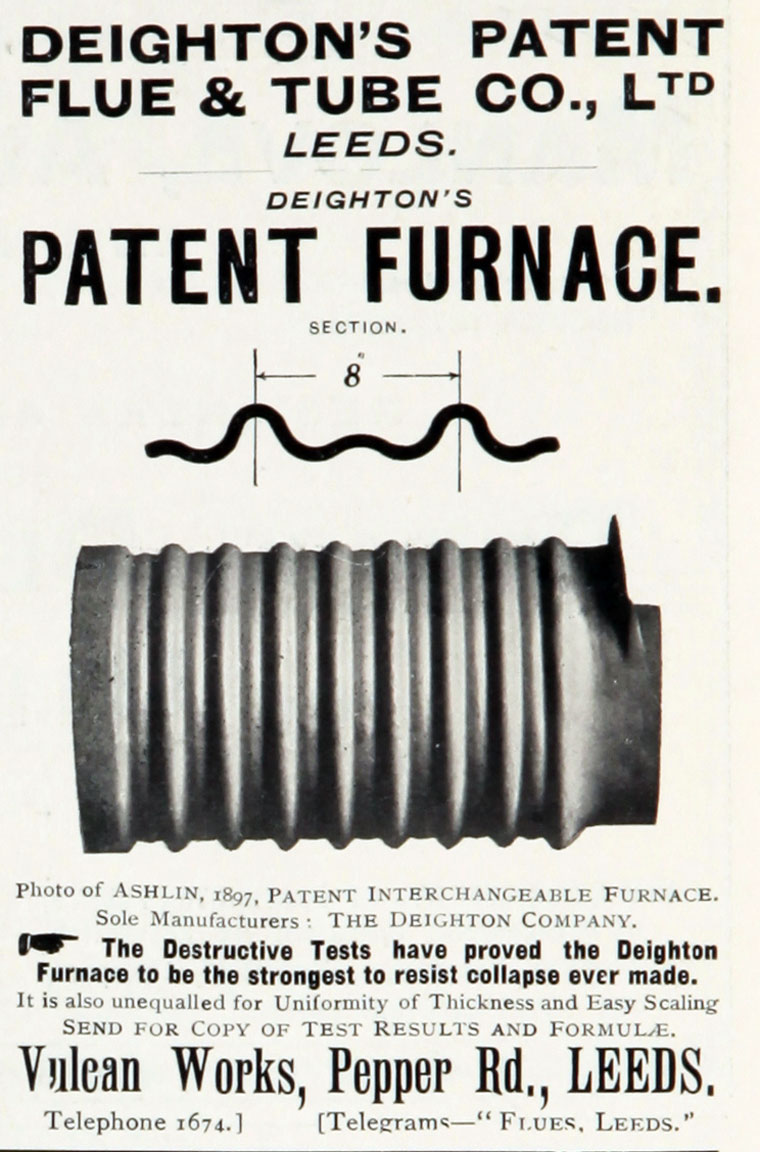 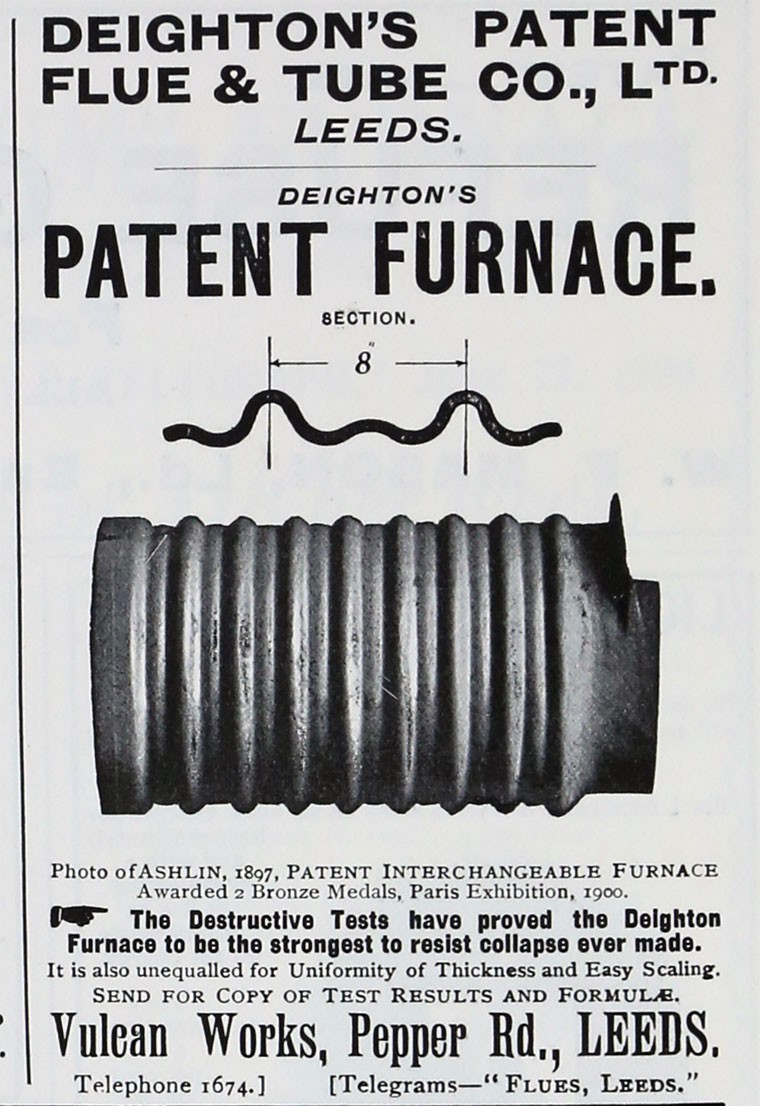 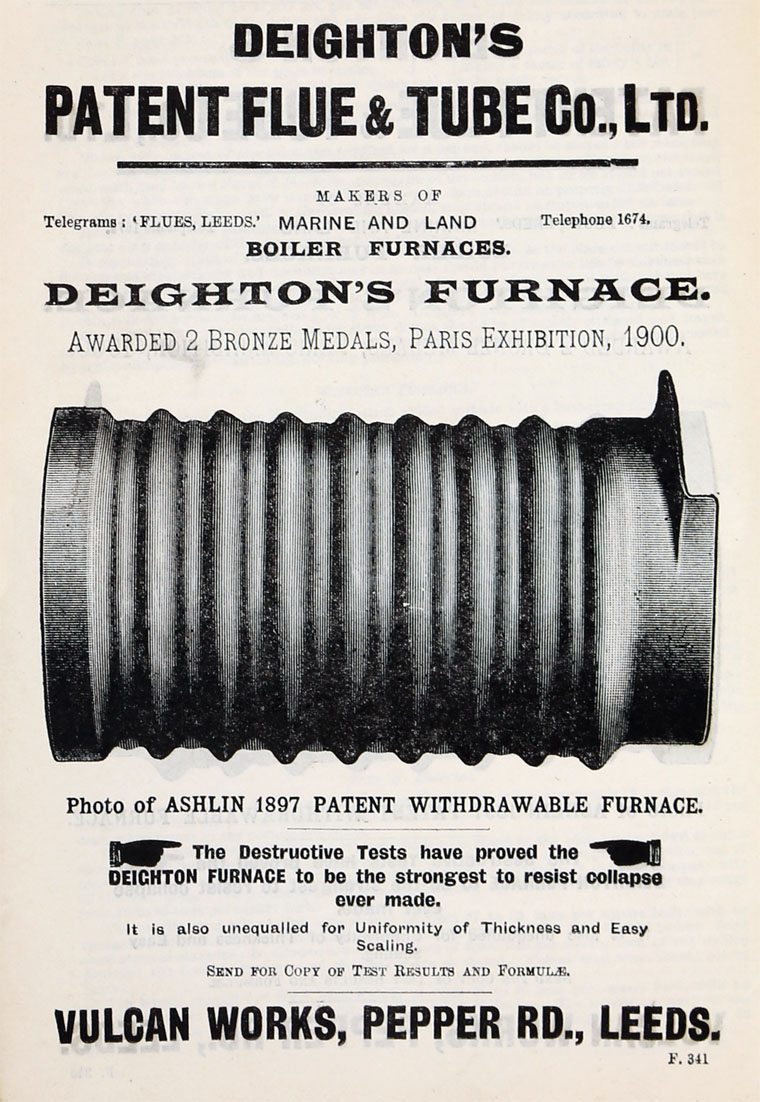 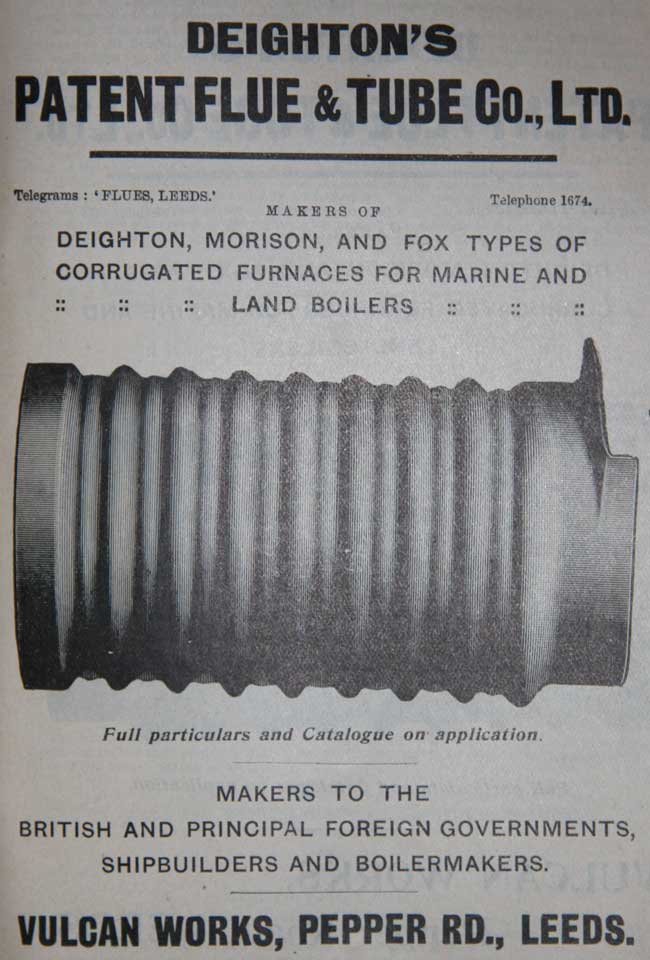 1896 Incorporated as a limited company.

1900 Leeds Forge Co took legal action against Deighton's Patent Flue and Tube Co for infringement of its patent for an improved boiler flue which was upheld by the House of Lords[1].

The Morison Suspension Furnace was designed and patented by Mr. Donald B. Morison, of West Hartlepool, as the result of a series of experiments conducted at Leeds under the auspices of Mr. Samson Fox. The Fox Corrugated Furnace had been a major advance in boiler design and construction. When the Morison Suspension Furnace was developed it assumed equal rank with the Fox furnace. These two designs were still unrivalled in 1898 despite, during the previous decade, numerous attempts made to produce a viable competitor[3].

In 1912 Donald Morison was a member of the Council of the Institution of Mechanical Engineers[4].