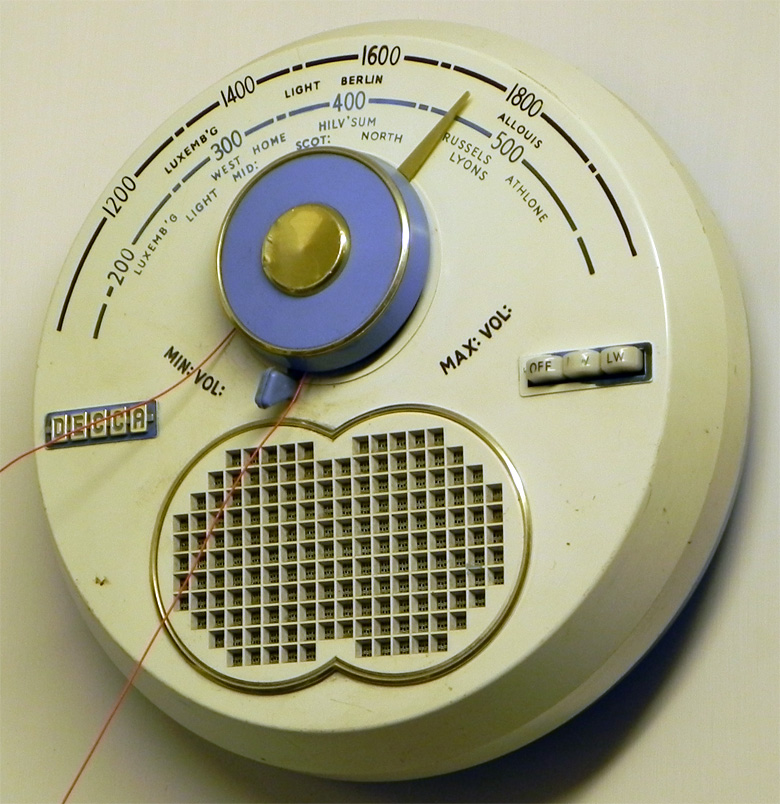 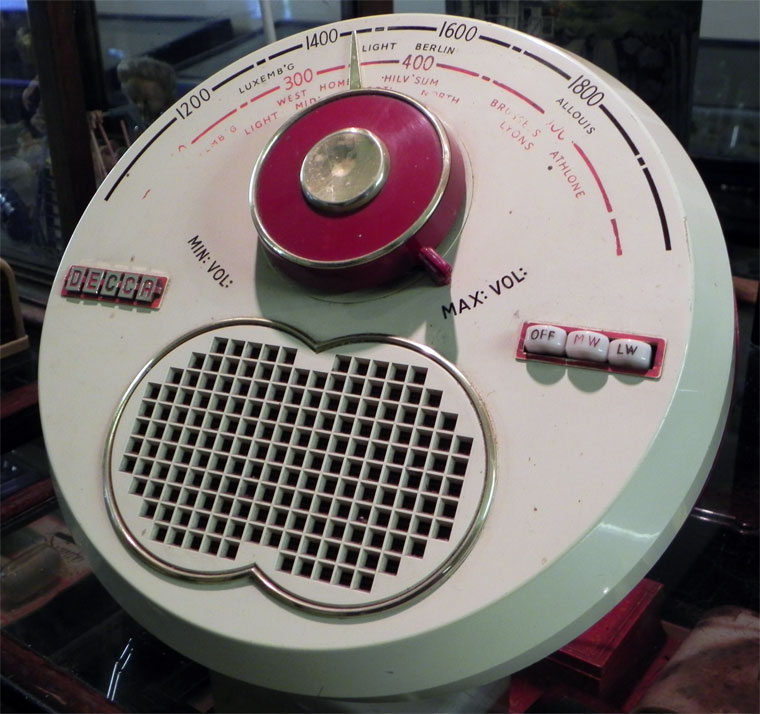 Radio. Exhibit at the Bakelite Museum. 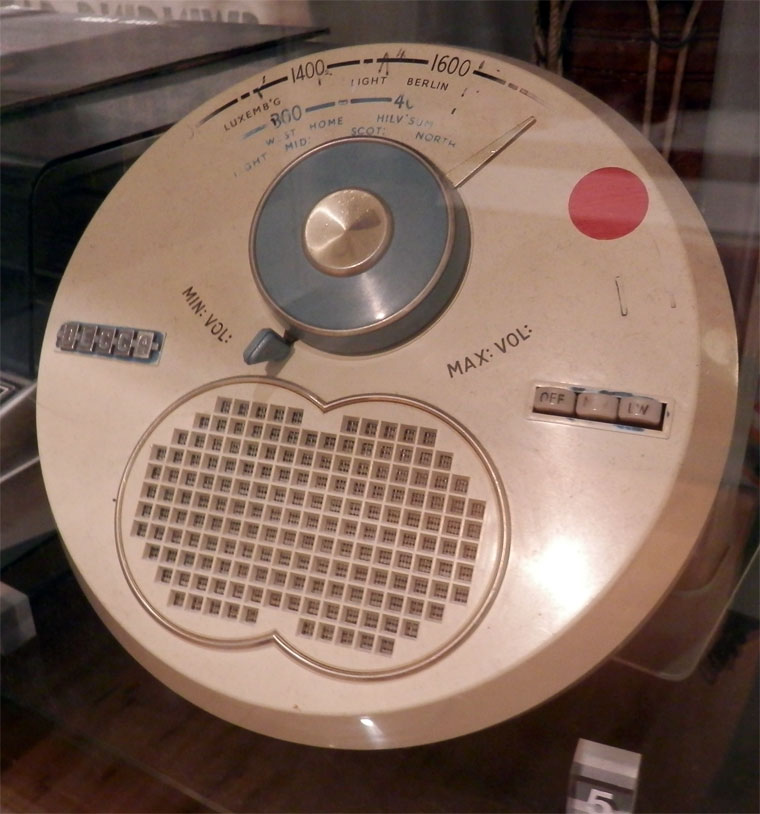 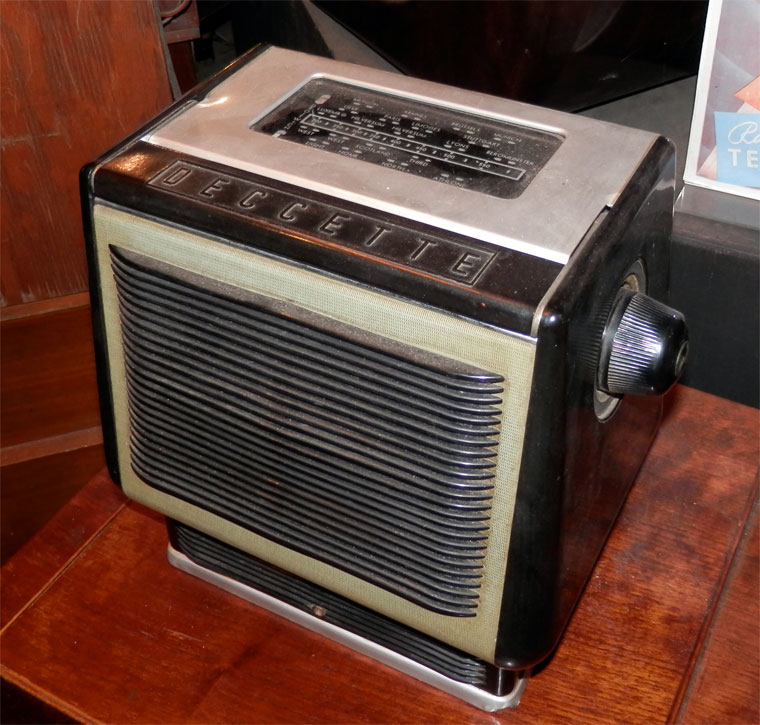 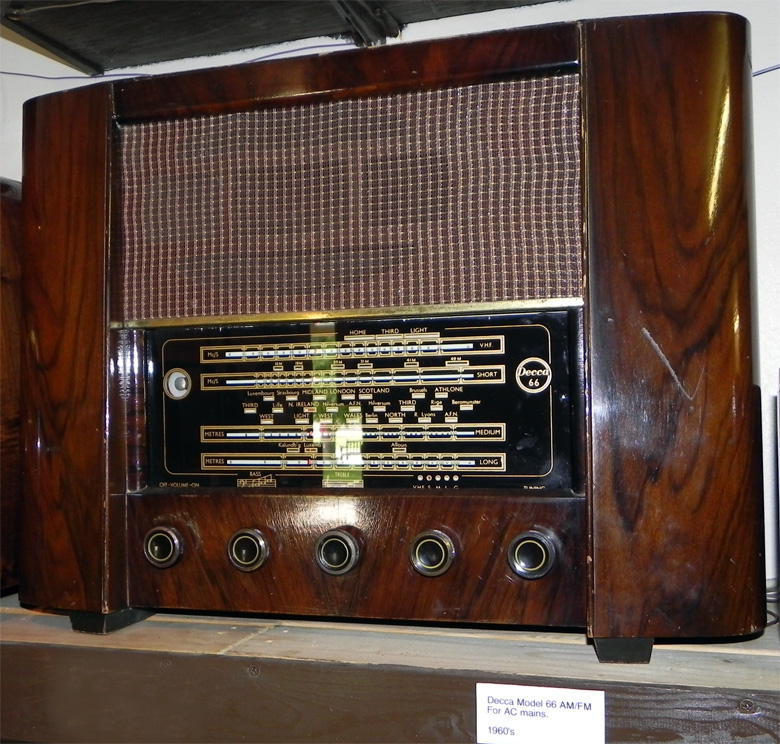 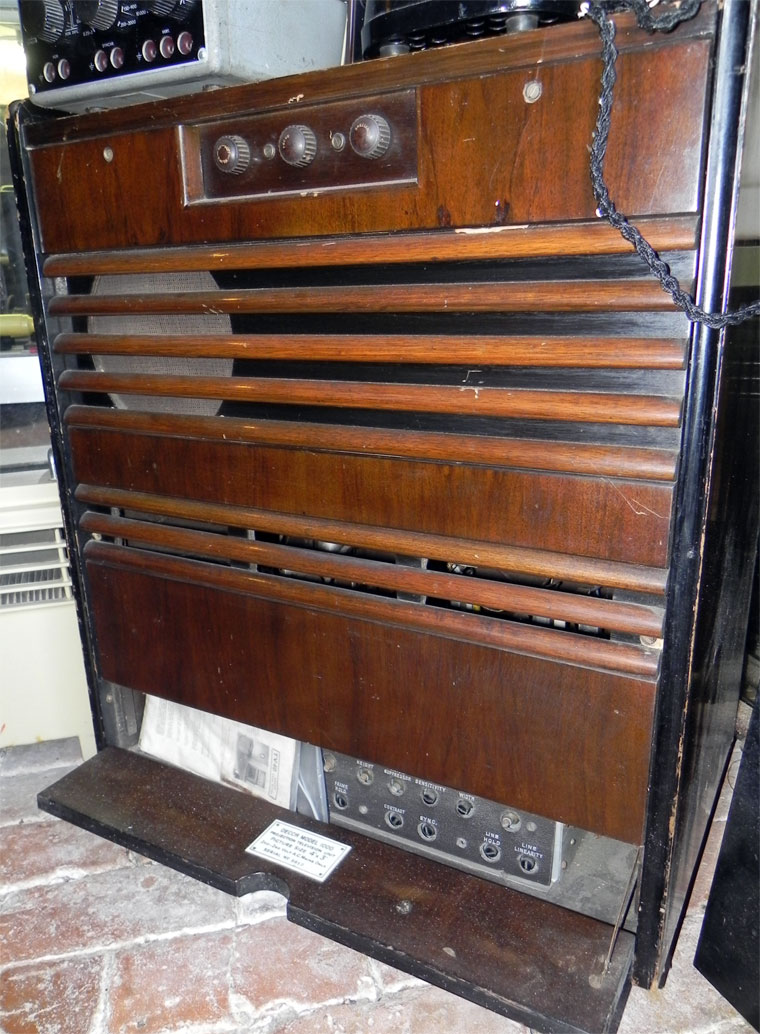 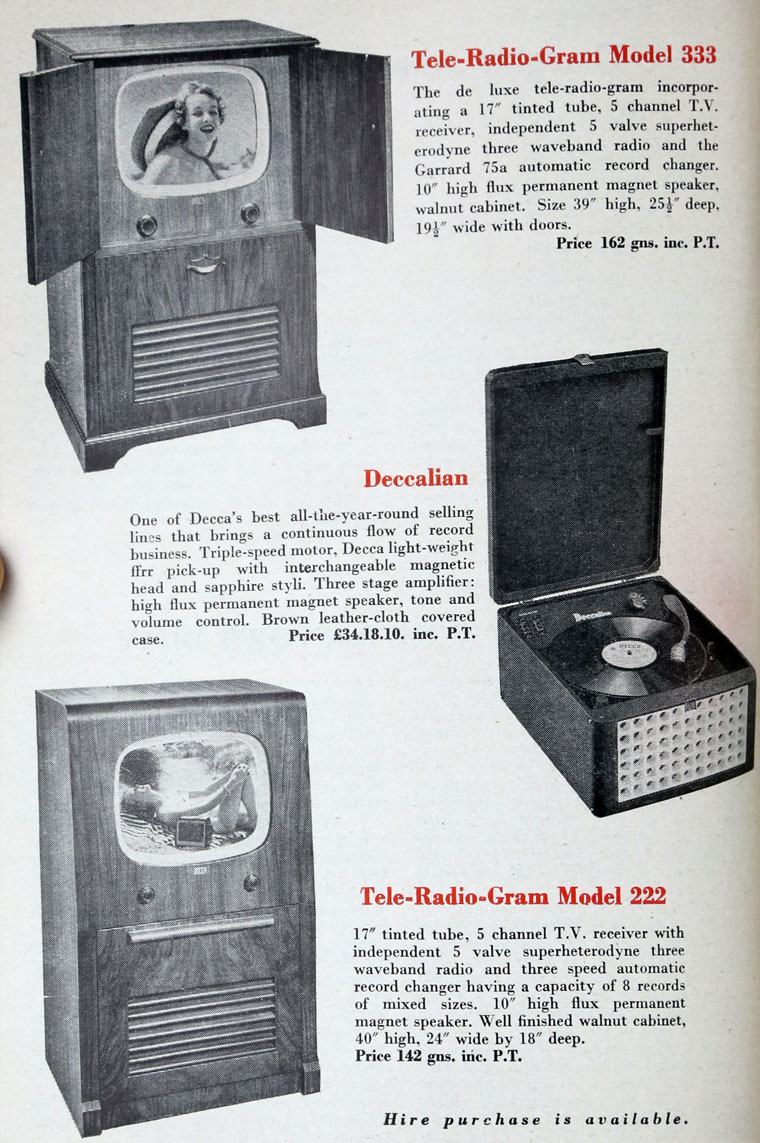 Decca Radio and Television, manufacturer and distributor of radios and televisions, of Brixton Road, London

1944 The business carried on by Decca Radio and Television Ltd was absorbed by Decca Record Co; the radio section was carrying on work of national importance[3].