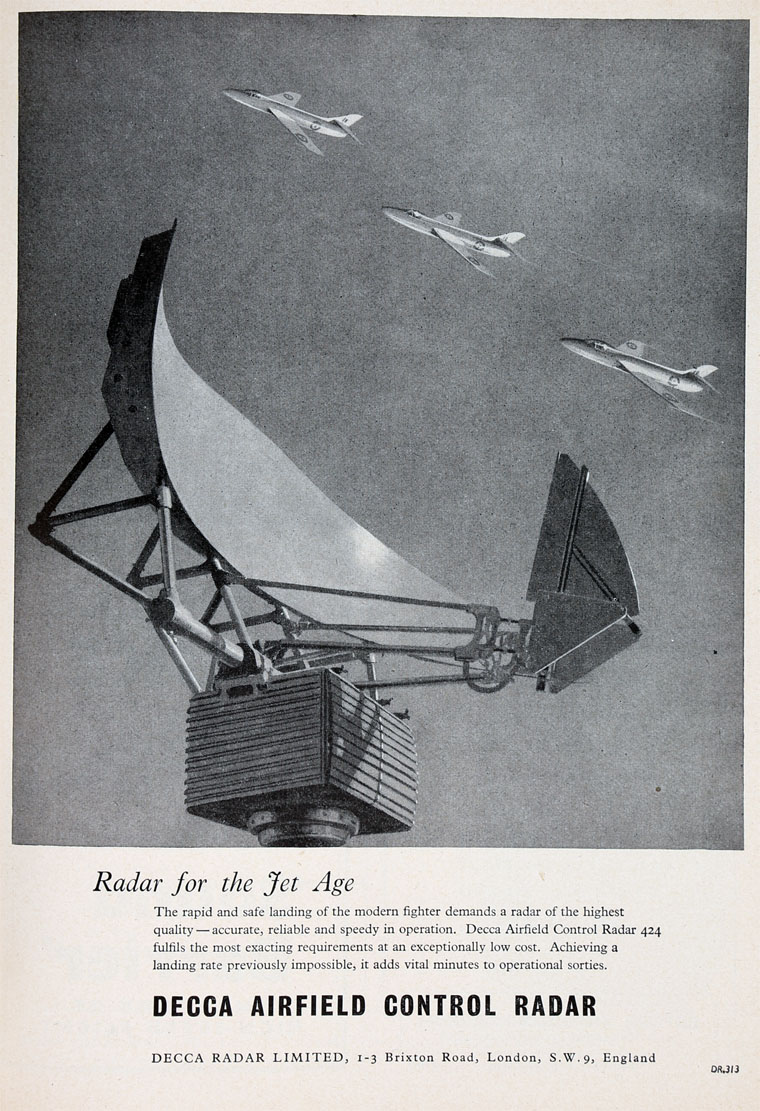 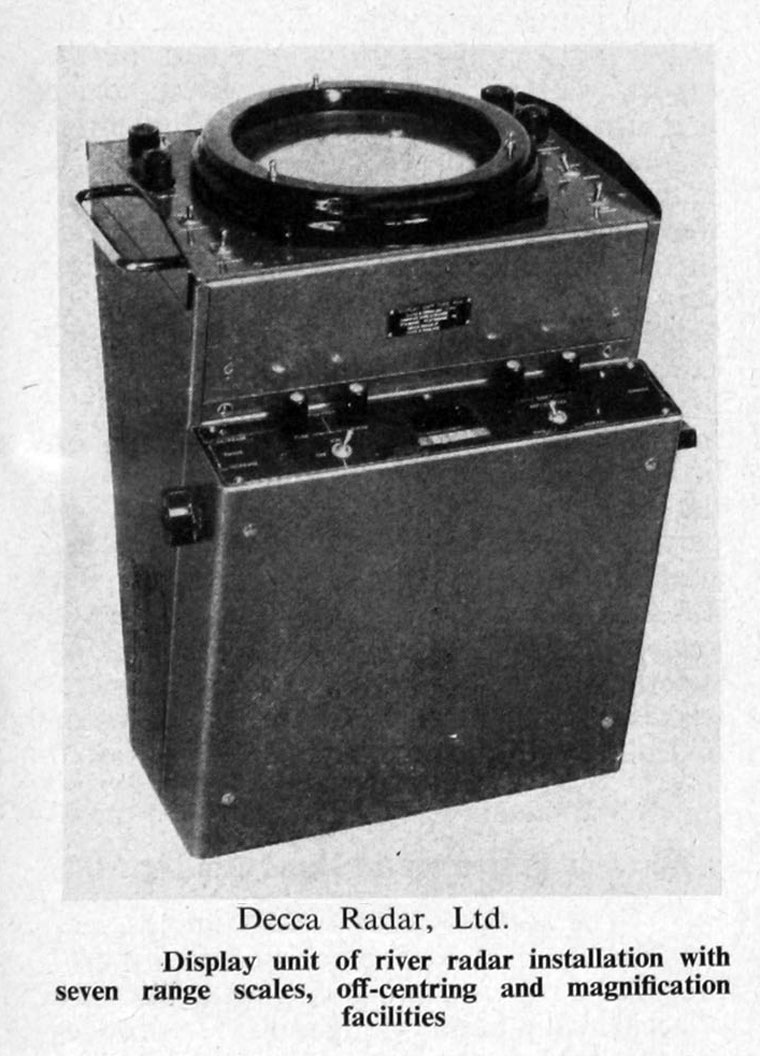 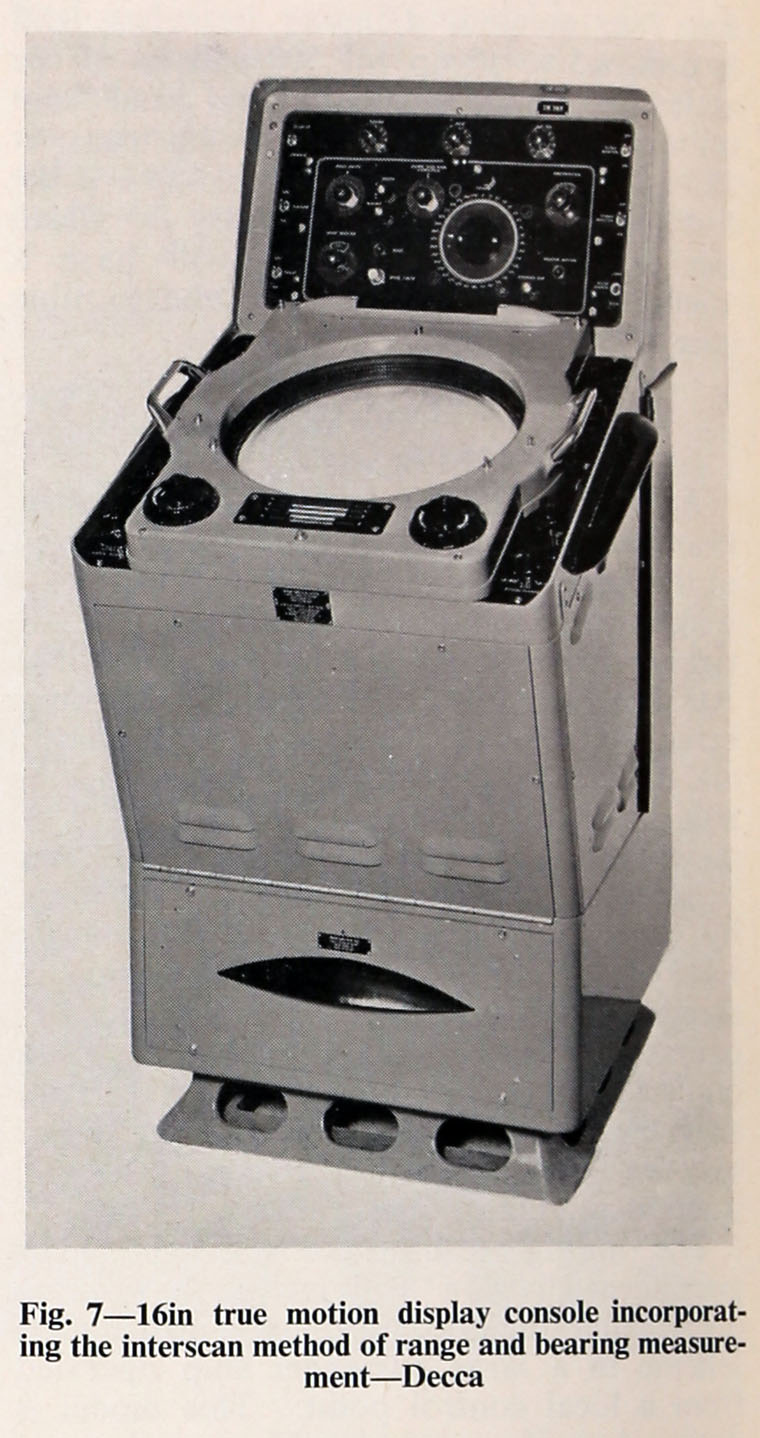 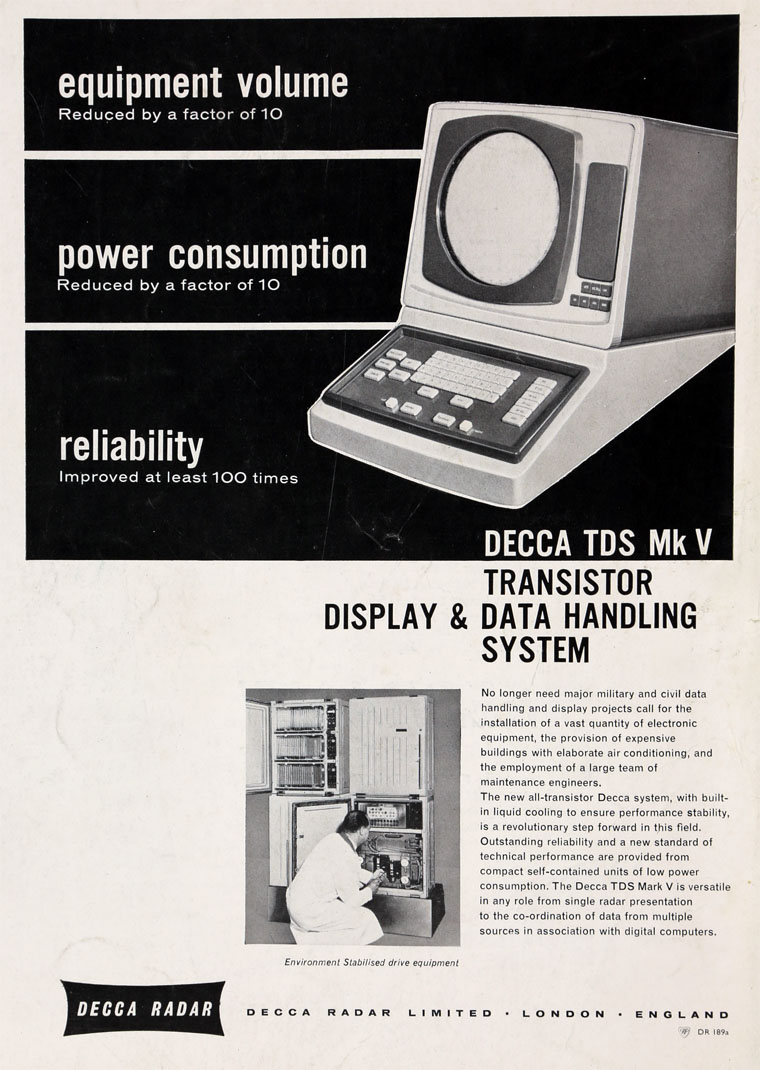 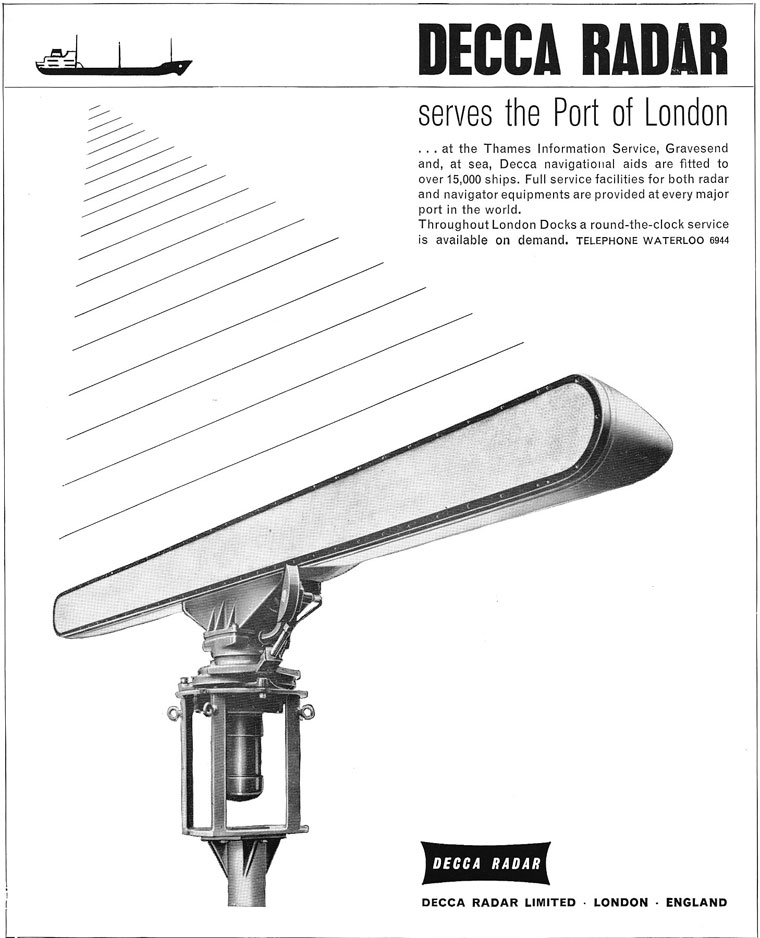 The Decca Record Co, a British gramophone manufacturer and record producer, contributed to the British war effort during the Second World War especially with the Decca Navigator system which resulted in a number of commercial ventures after the war, in particular the Decca Navigator Co and Decca Radar companies.

1950 Decca Radar launched its first marine radar, the 159, in 1950. (The radar was named after the number of the London bus that passed the Brixton laboratory where the radar was designed and manufactured). Fennessy became the first MD of the company.

1954 Introduction of airfield control radar, designed for use with jets, and cloud avoidance radar for use in commercial airliners[2].

The company held a position at the forefront of commercial marine radar technology, producing the first true motion radar, the first anti-collision radar and the first "Type Approved" colour radar.

1957 Racal's work on the "electric" computer had been slowed but continued development of high speed tape transports for use with computers[3].

1958 Development of Doppler radar which was integrated with Navigator and conventional radar. Sales of tape units for computers. Development of Deccafax closed circuit audio and visual communication system[4].

1961 Manufacturers of radar instruments, including a new marine radar set designed for small ships, called the "Decca 212". Moved into military and civil aviation.

Early Racal-Decca radars had dropped the Decca name which mariners had trusted for years, but outcry from marine customers prompted its return. At this time the business was run from New Malden in Surrey, UK.

In the mid-1980s, Decca introduced the BridgeMaster series of radars, which used a rasterized colour display. The BridgeMaster II series followed, with a Motorola 68000 CPU and powerful software options such as vector traces showing the trajectories of other ships as part of the ARPA package.