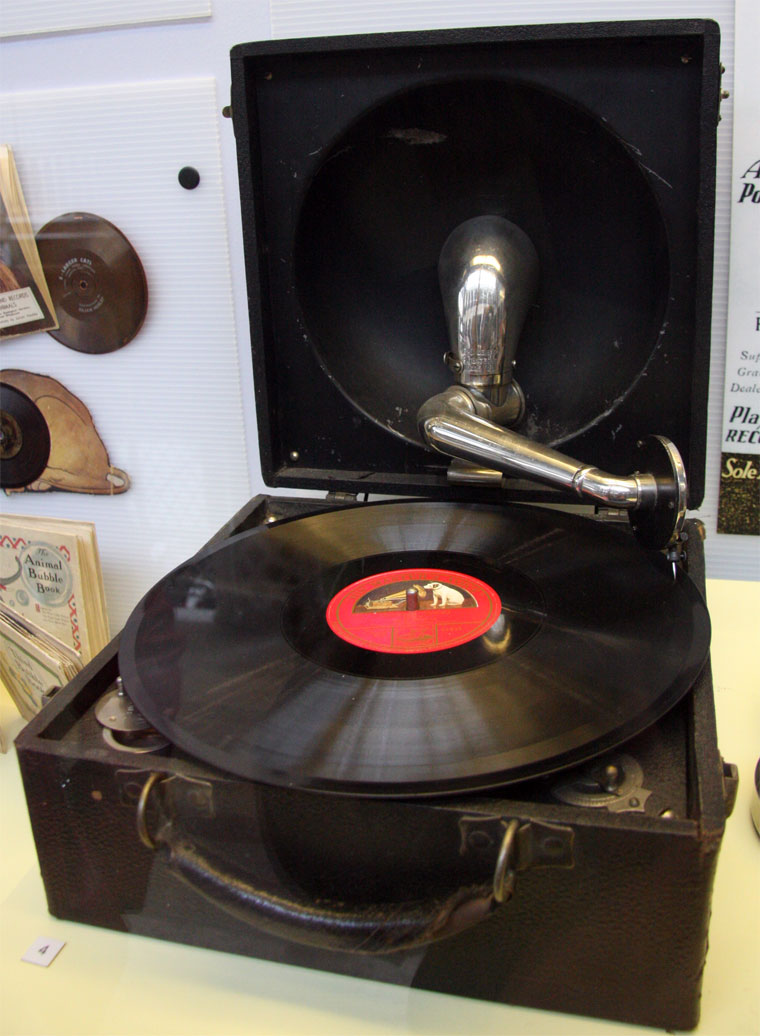 c1921. Exhibit at the National Museum of Scotland in Edinburgh. 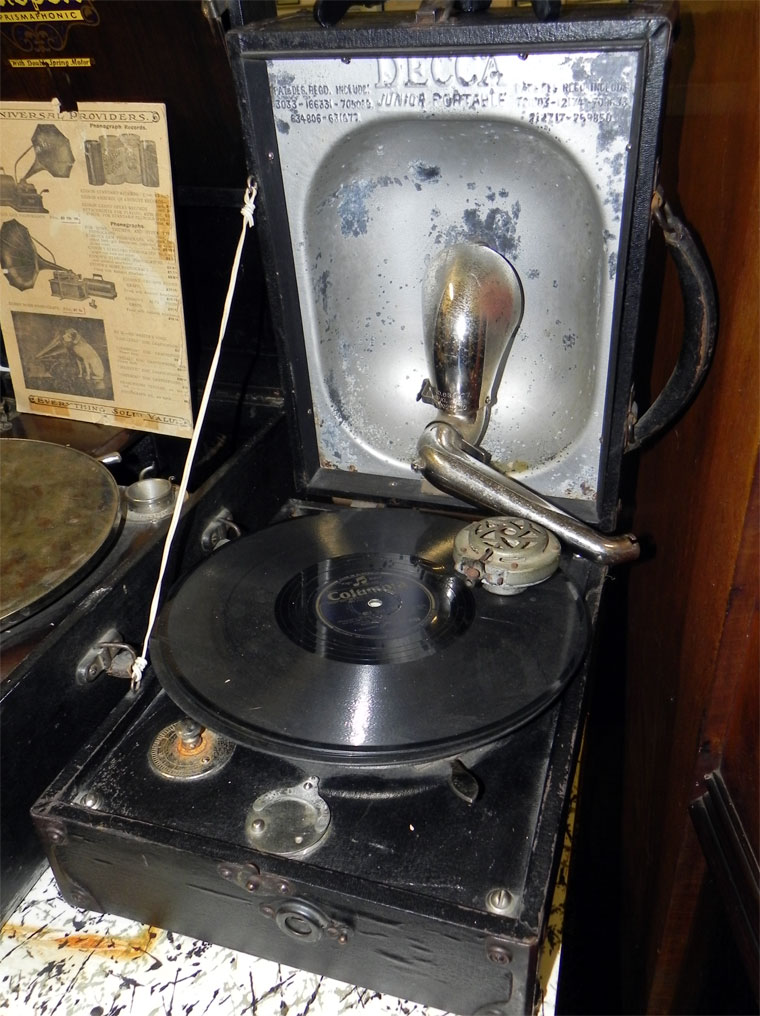 1914 Barnett Samuel and Sons began manufacturing portable gramophones which was called the Dulcephone, and was sold under the trade name Decca. It was patented as the first portable gramophone. This major breakthrough in the technology of recorded sound gave good-quality reproduction and the convenience of portability: the Decca could be carried around like a briefcase. Many were taken overseas by soldiers in WWI[1]. The company also made musical instruments under the name John Grey and Sons.

1927 A fire destroyed some of the factory in Cranmer Road, SW London[2].

By 1928 the gramophone-making part of Barnett Samuel and Sons had been renamed the Decca Gramophone Company.

1928 Frank Samuel believed that sales of Decca gramophones had probably peaked, and that his company would have to expand and diversify. As a result there was a public issue of shares; the customers of the company were to receive special consideration. Frank Samuel sold his shares in the company[3] [4].

1928 Edward Lewis's firm acted as brokers for Decca Gramophone Co's stock market flotation. Lewis thought the company should build on its worldwide reputation and distribution network through adding record production to its activities but Decca's board did not agree.

1929 Public issue of shares in the Decca Record Company was instigated by Edward Roberts Lewis, to bring together the manufacture of gramophones with the making of records in one company[5] by acquiring the Decca Gramophone Co and merging it with the record making facility that the promoters already owned[6].

1936 New radio venture had good prospects, according to the chairman[7].

1936 Radio accounted for 90% of the production at the Brixton Road factory under the Brunswick and (cheaper) Decca brands[8].

1938 Decca Radio and Television Ltd established as a subsidiary; paid a dividend for the second half of 1938[9].

1945 Revolutionary new gramophone Decola developed and high fidelity recordings to go with it[10].