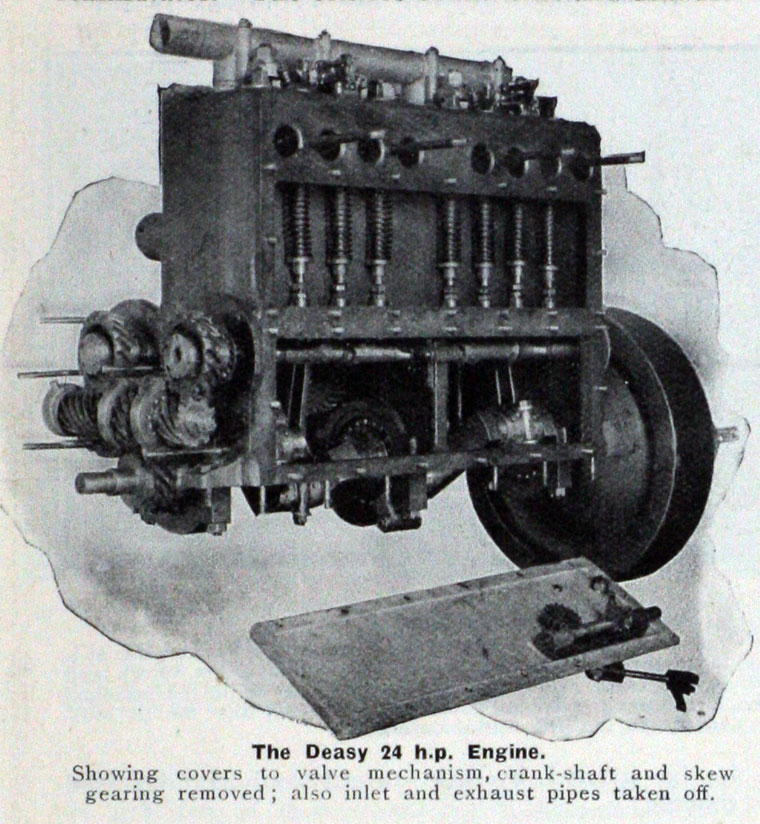 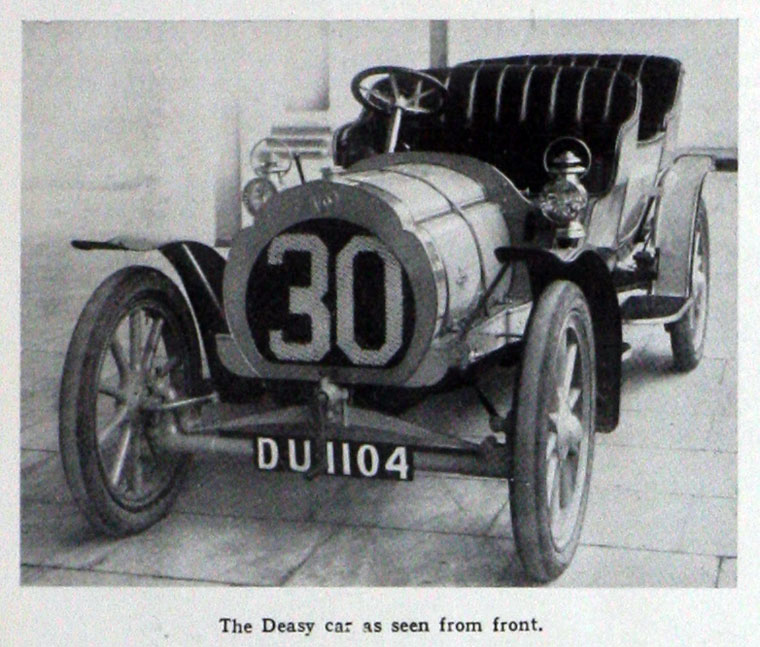 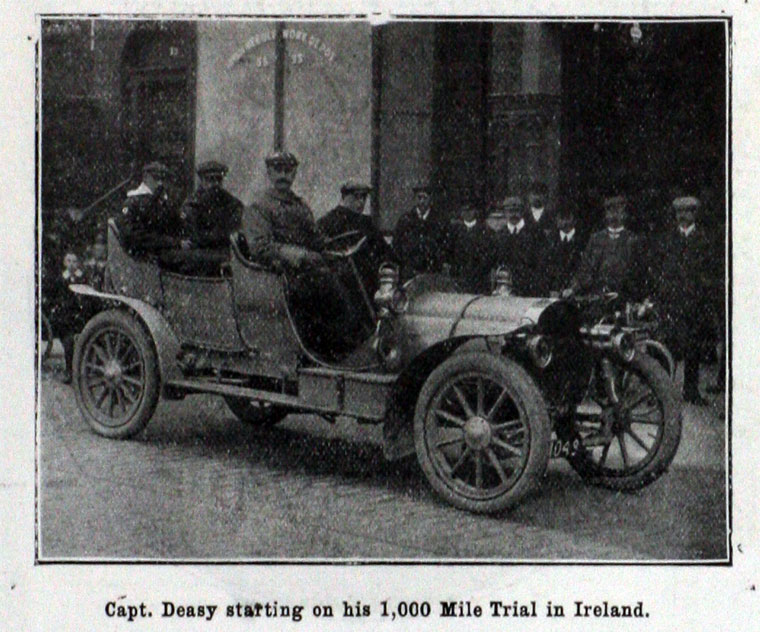 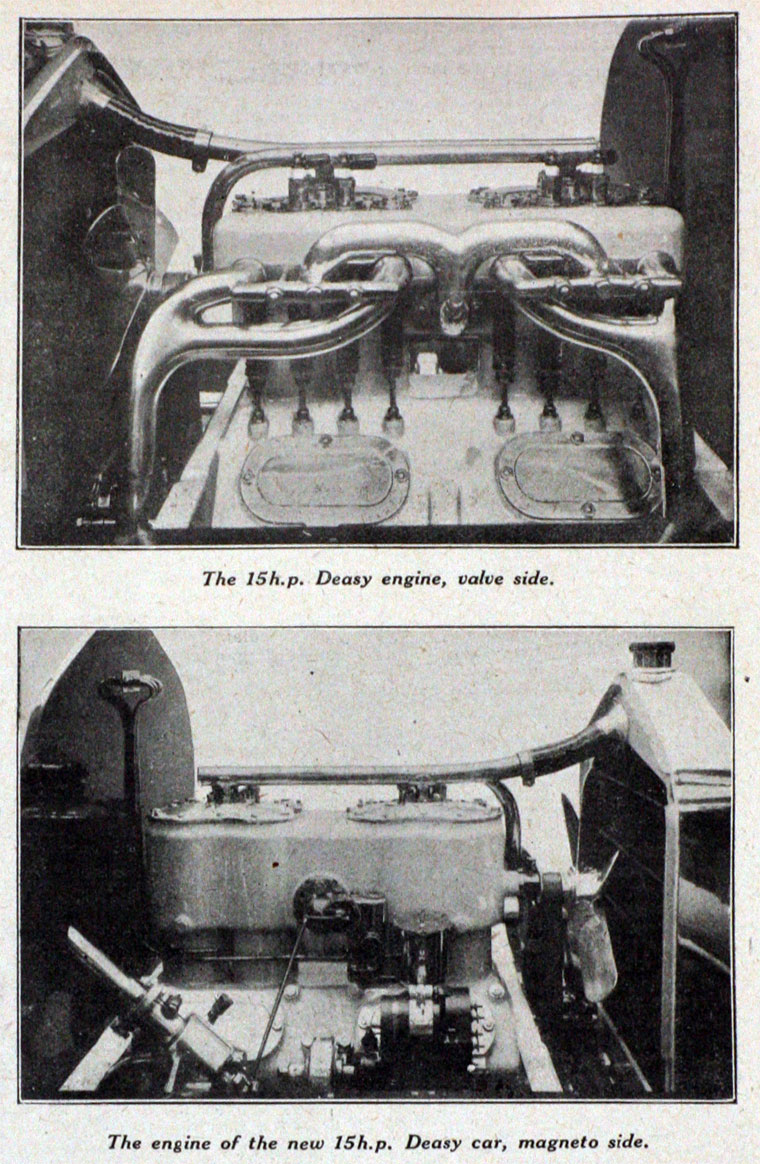 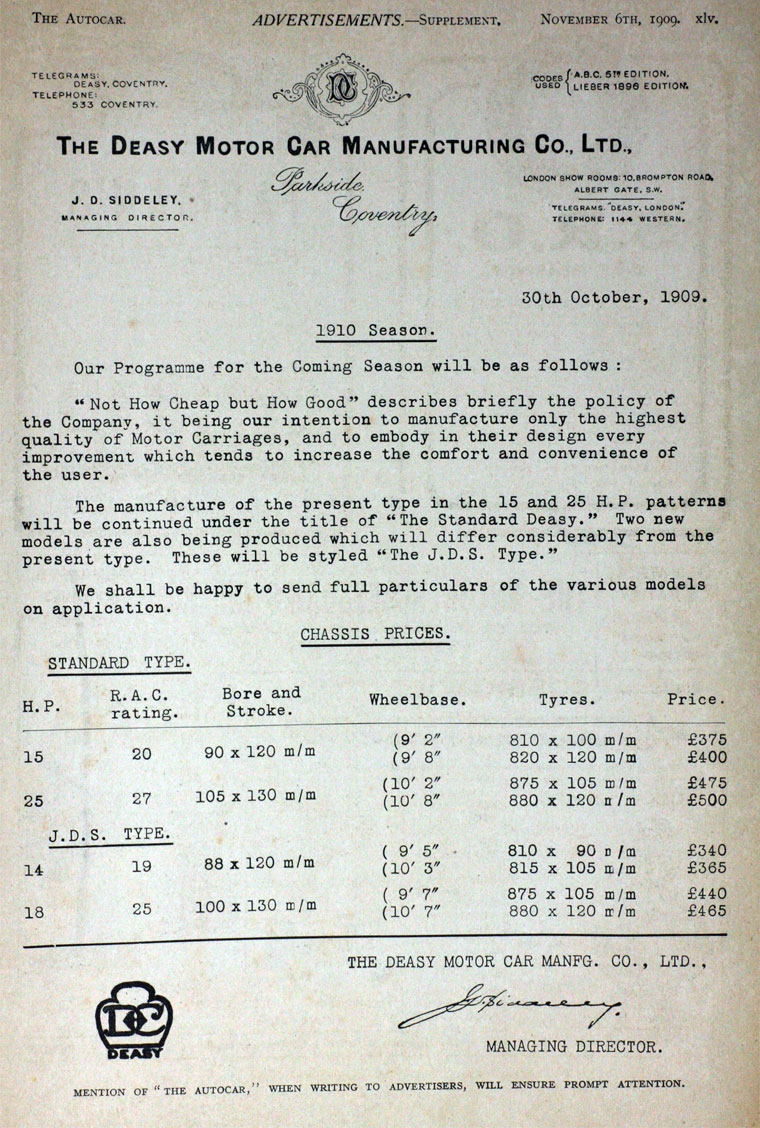 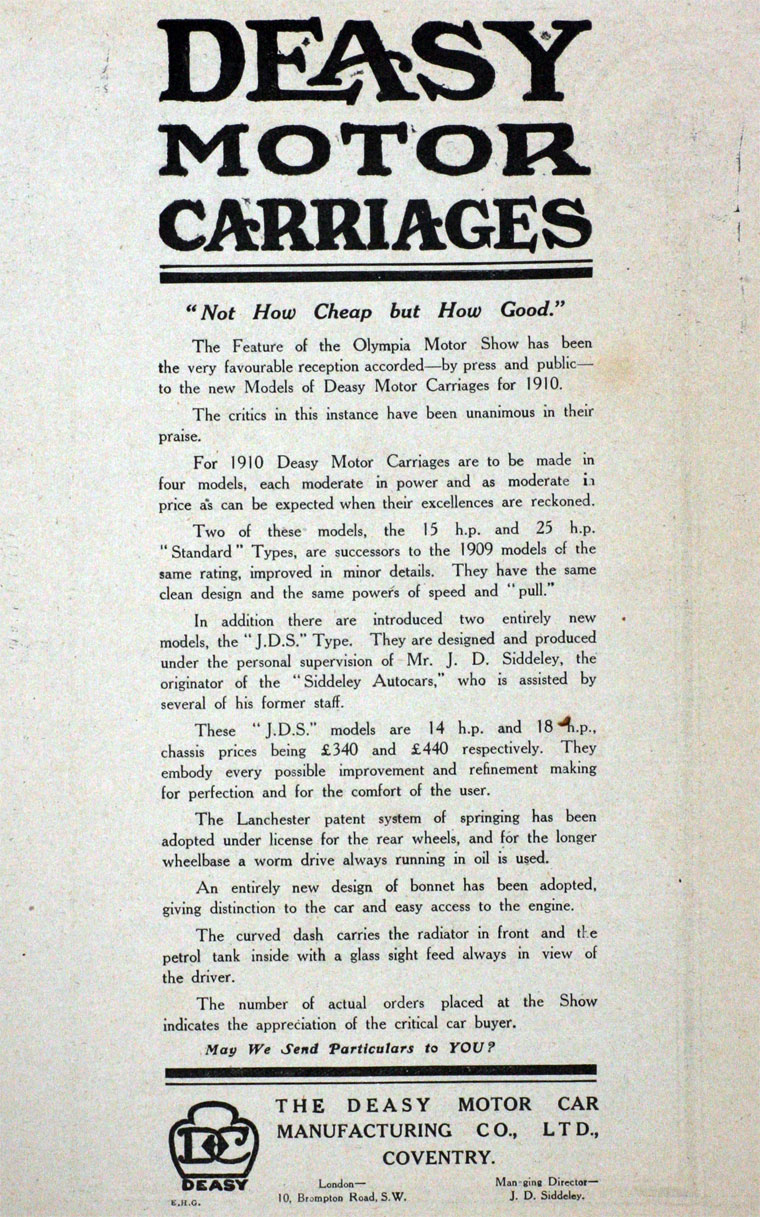 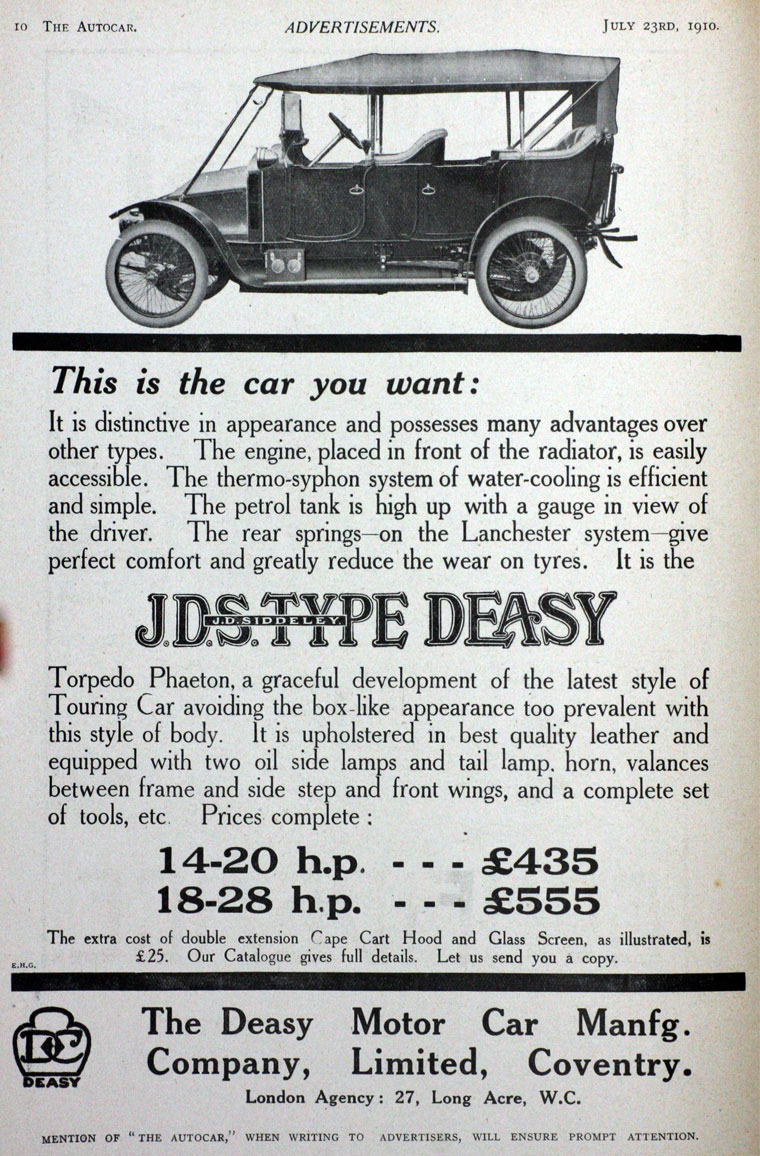 1906 February 7th. The company was registered to acquire all but 7 shares of the capital of H. H. P. Deasy and Co. Directors included Kenneth Hugh Buchanan. Plan to build 250 cars per year. Edmund W. Lewis is engineer and works manager. [1] [2][3]

The Deasy Motor Car Manufacturing Co took over the factory used by the old Iden Car Co at Parkside, Coventry. The vehicle designer was Edmund W. Lewis of Rover and Daimler fame.

From the outset Deasy and Lewis were at loggerheads over the way things should progress, the main problem being the lack of urgency in getting vehicles to customers. There was no doubt that the company was undercapitalised and paying the wages on a Friday was always difficult. Nearly all the components in the vehicles were bought in, but the machining was of indifferent quality and much re-working was required, smoothness being at first sacrificed for expediency.