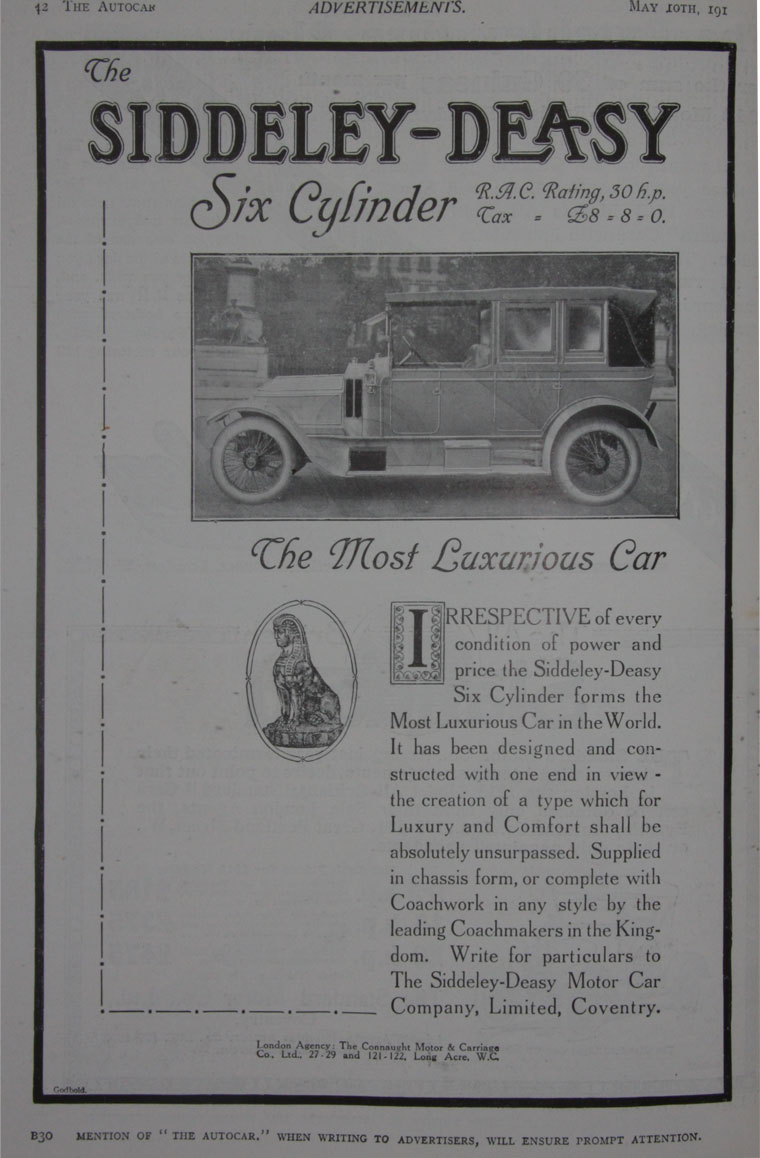 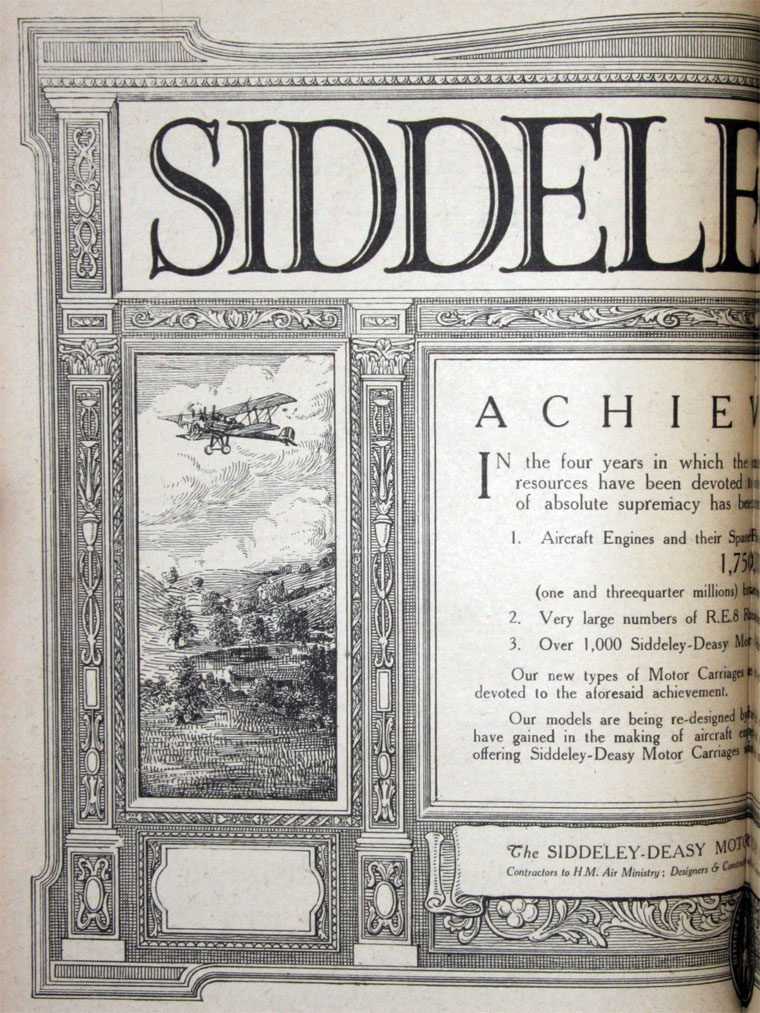 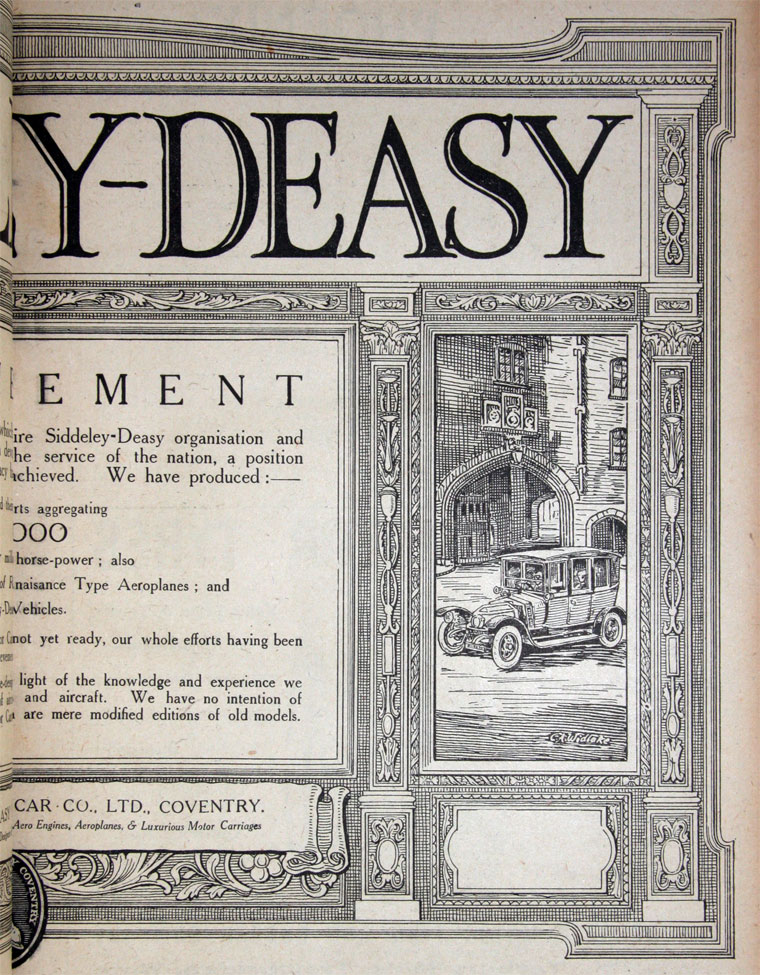 1911 The Deasy name prevailed at this time because of objections from Wolseley about using the name Siddeley.

1911 Car entered in to the 1911 Prince Henry Tour by the chairman Sir Richard Waldie Griffiths and driven by Michael Orde.

1912 The cars used the slogan "As silent as the Sphinx" and started to sport a Sphinx as a bonnet ornament, a symbol which become synonymous with descendant companies.

1913-1917 For a list of the models and prices of Petrol Motor Commercial Vehicles see the 1917 Red Book under the name Stoneleigh.

Order for 650 aero-engines type RAF 4A

Appointment of A. J. Susten as accountant having joined in 1912

WW1 Siddeley-Deasy grew to have 5,000 workers; the company produced trucks, ambulances, and staff cars. In 1915 airframes and aero-engines started to be produced as well. Siddeley-Deasy were one of six companies which produced the Royal Aircraft Factory R.E.8 aircraft from 1916.

1917 Developed the Beardmore-Halford-Pullinger Puma engine for aircraft use. Production of the engine reached 600 per week.

1919 January. Advert that states that in the last four years, while they have been producing for the nation, they have made 1,750,000 aircraft engines and their spare parts; very large numbers of RE8 reconnaissance aircraft and over 1,000 motor vehicles. [8]

1919 Siddeley-Deasy was merged with Armstrong Whitworth, which had been a supplier of its castings, to become Armstrong Siddeley Motors. The company continued producing automobiles until 1960.

Siddeley remained in charge until 1935.