Grace's Guide is the leading source of historical information on industry and manufacturing in Britain. This web publication contains 148,148 pages of information and 233,681 images on early companies, their products and the people who designed and built them. 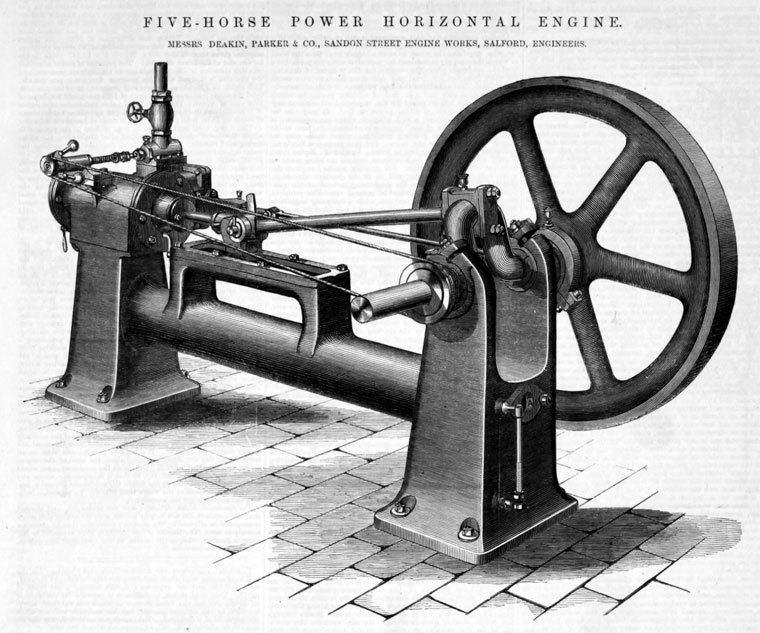 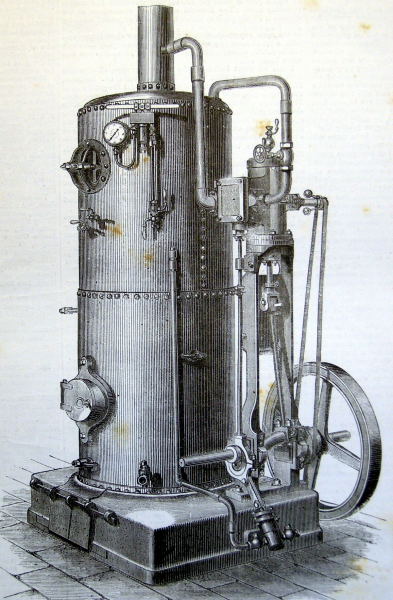 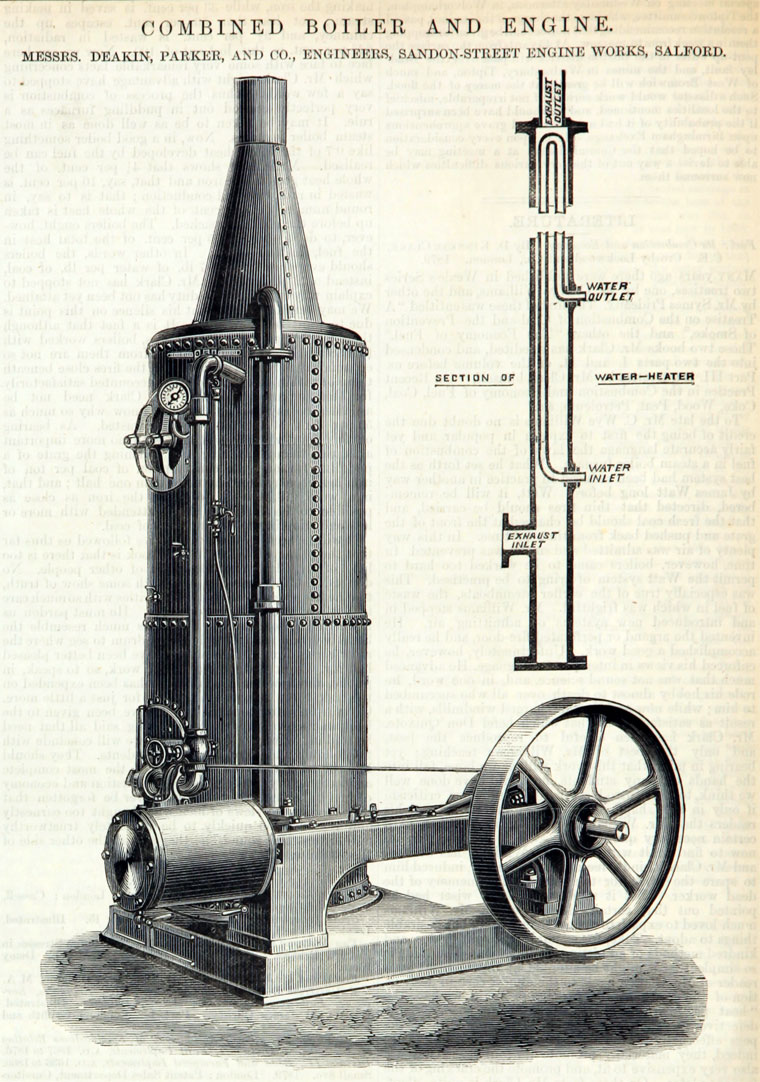 1869 Advert: 'NEW massive HORIZONTAL ENGINES of modern construction, good materials and workmanship throughout, and beautifully finished, ALWAYS IN STOCK and in progress, sizes from 4 in. to 24 in. Cylinders. Prices very reasonable. Many hundreds at work.-THOMAS DEAKIN, Sandon Works, Broughton-road, Salford, Manchester.'[1]

1875 Horizontal compound engine for the Water Street Works of the Manchester Corporation Health Dept. Cylinders 12" and 18" bore, 3 ft stroke. Another engine was made using the same patterns for the Turkish Government. [2]

1886 H. Lindley of Sandon Engine Works granted Patent No. 5039 for a method of sharpening milling cutters. [6]