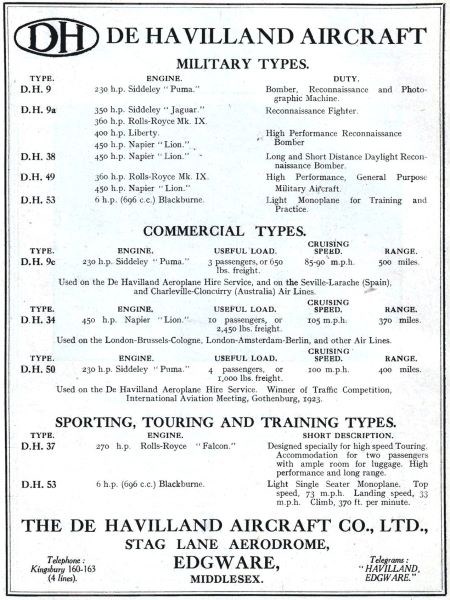 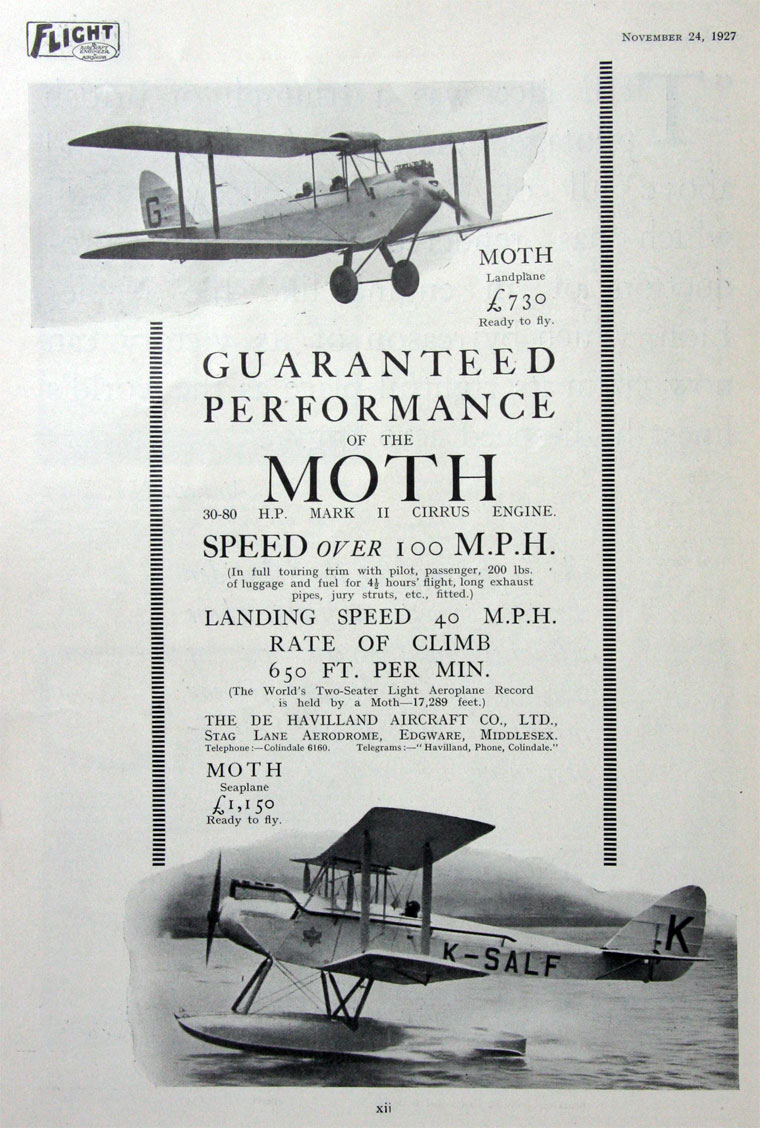 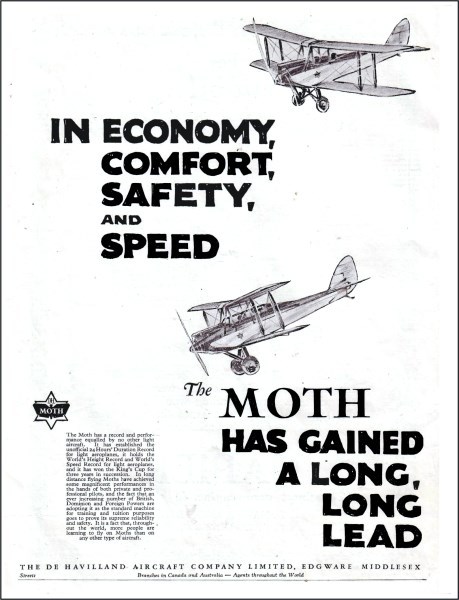 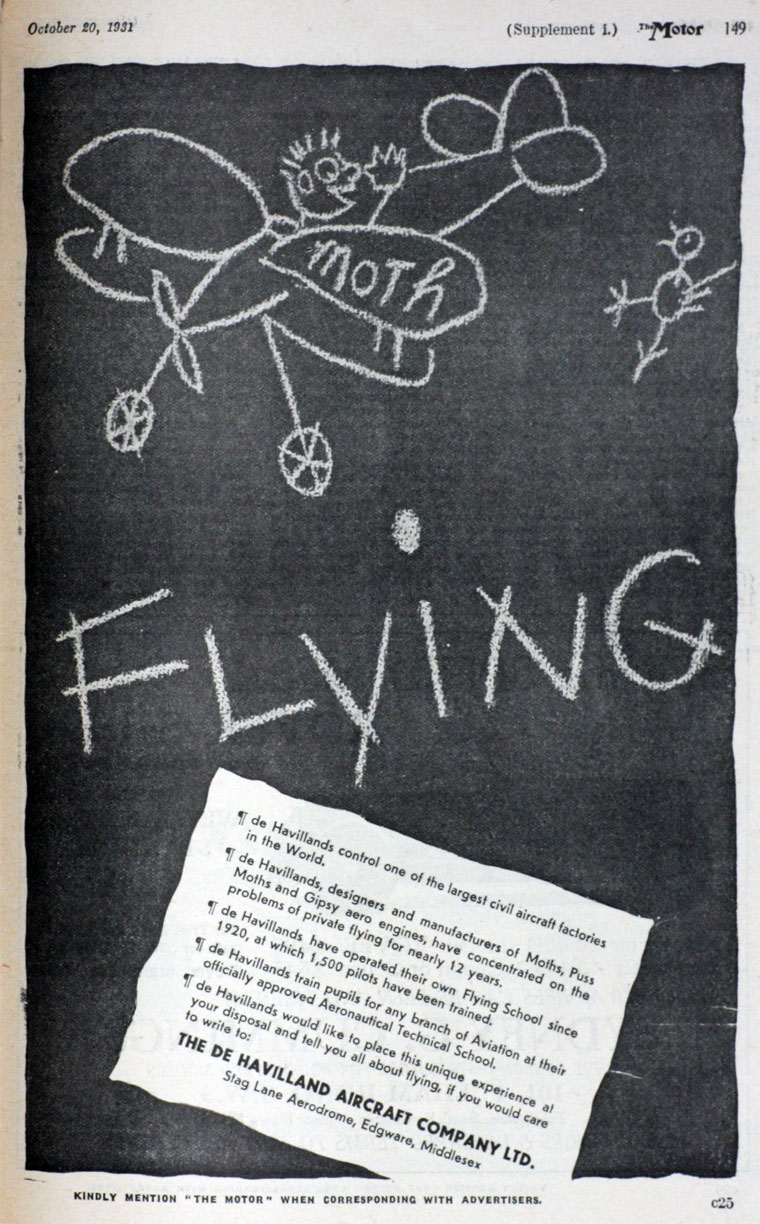 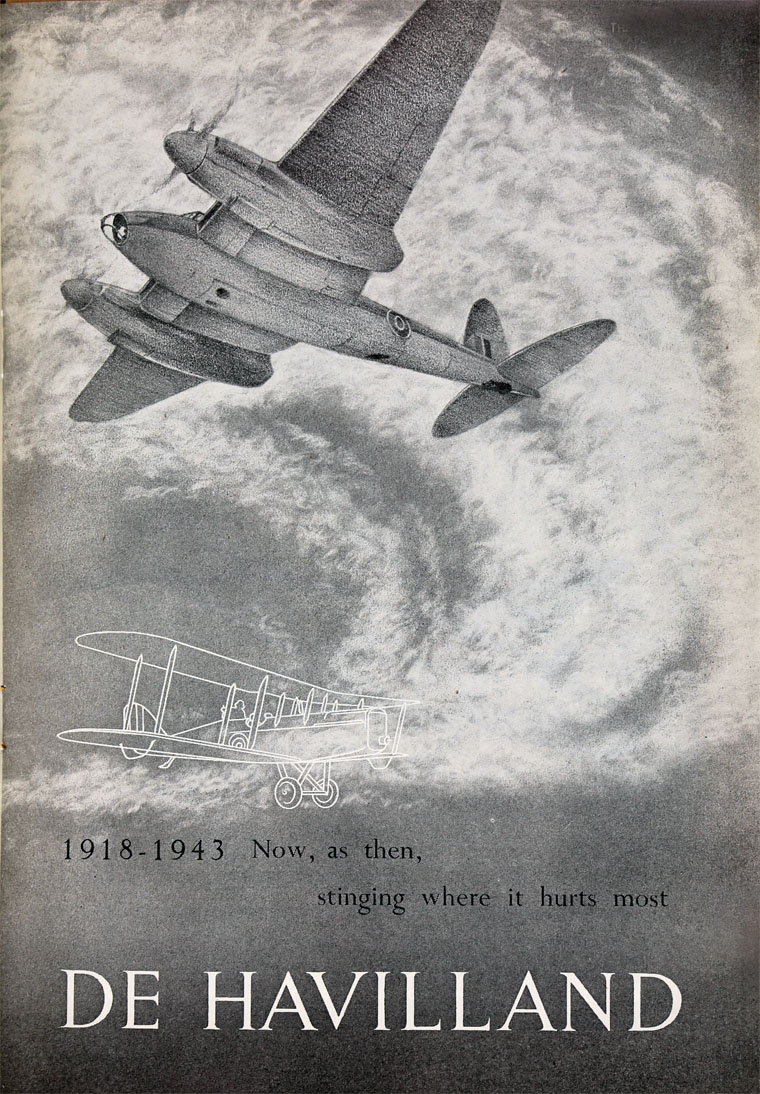 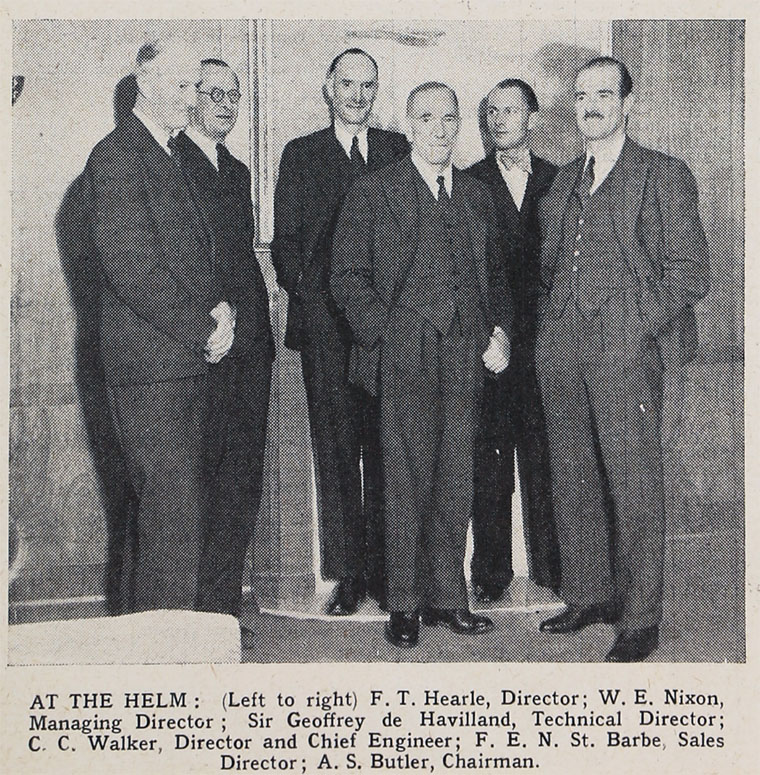 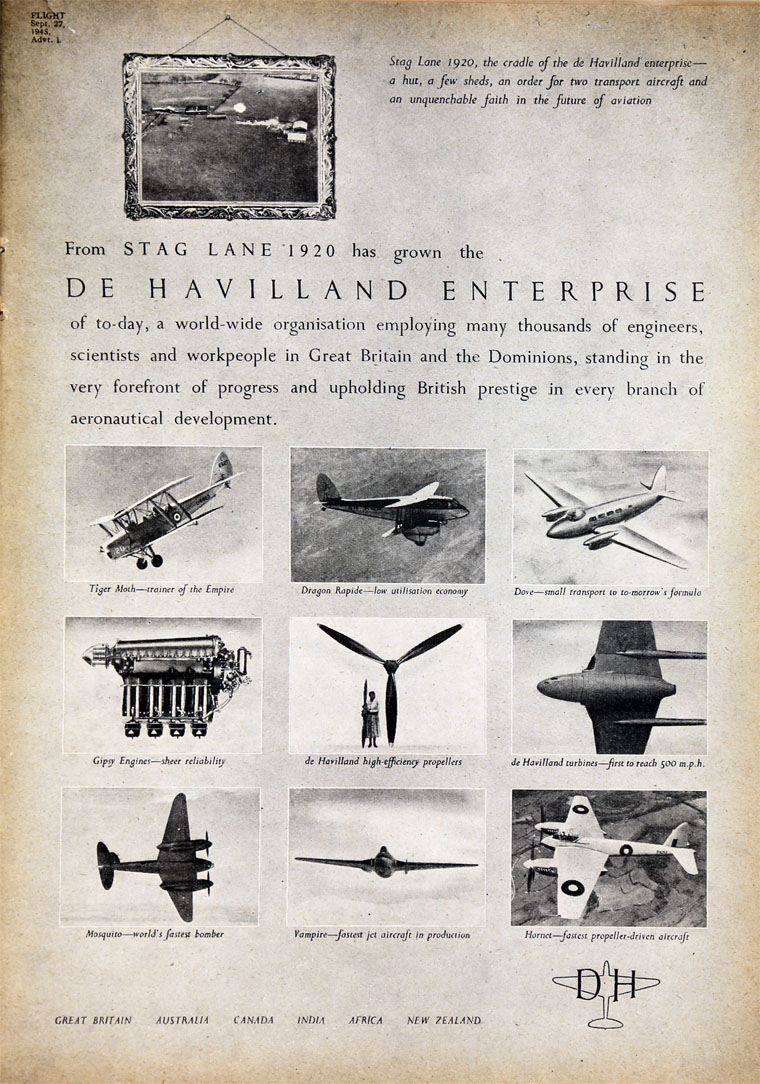 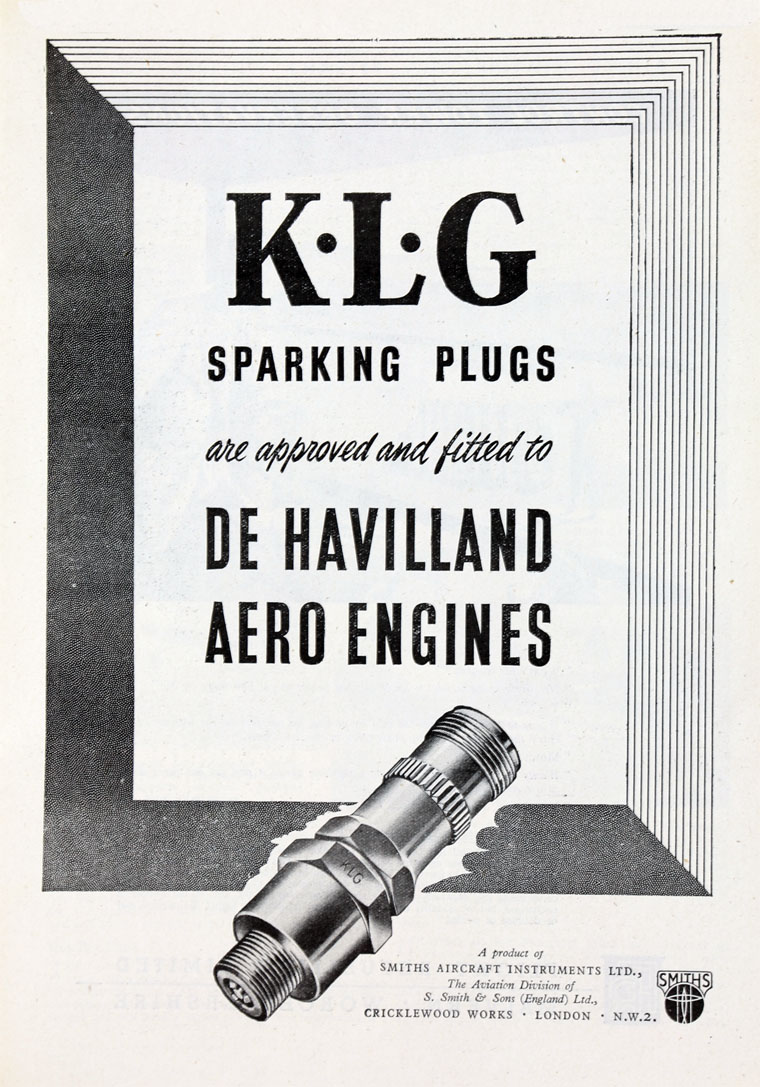 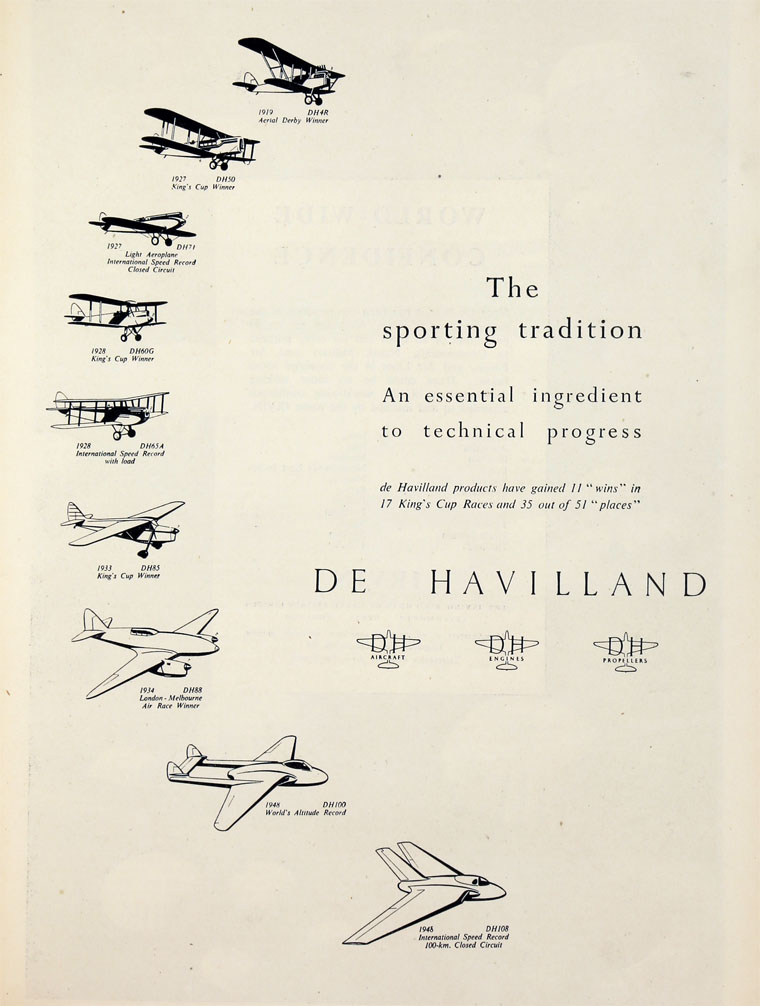 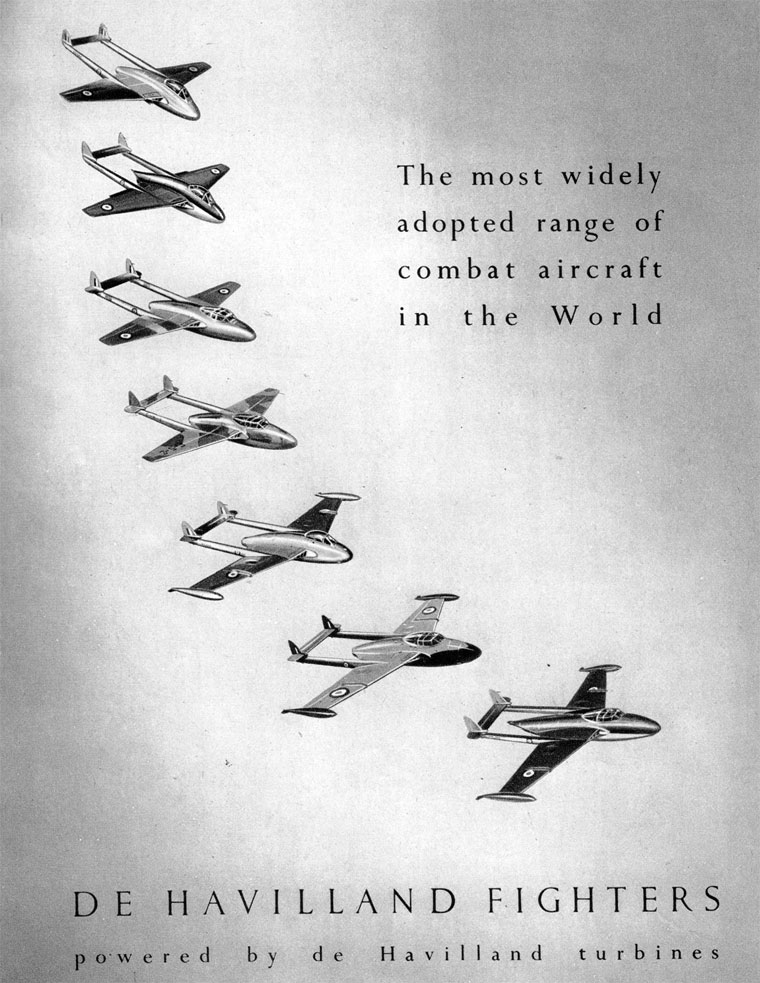 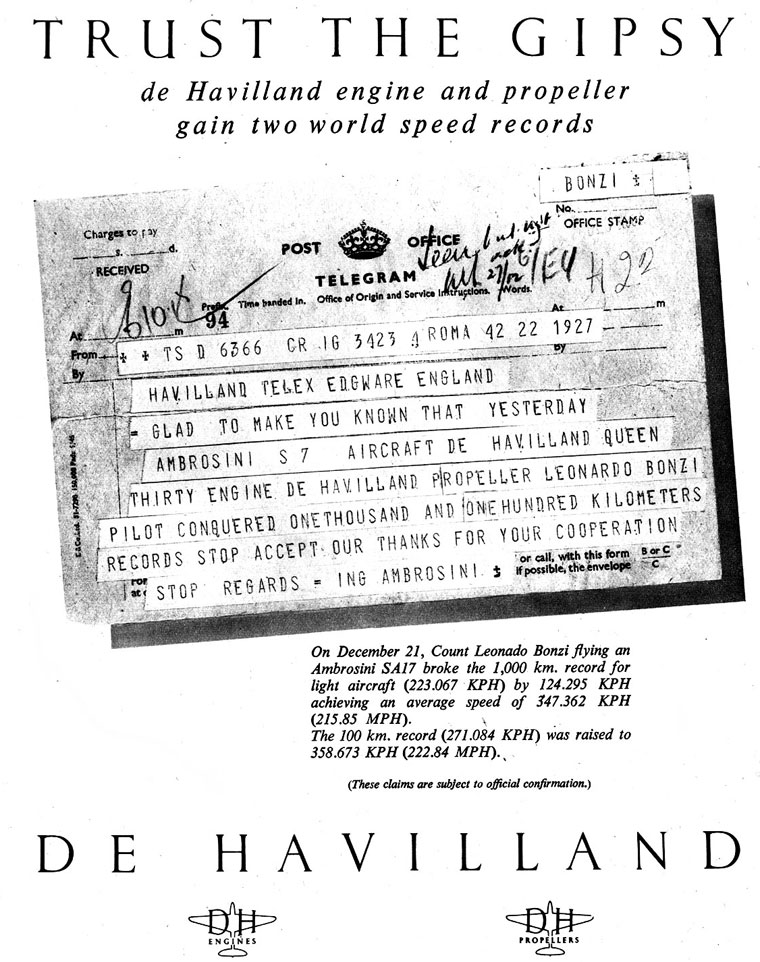 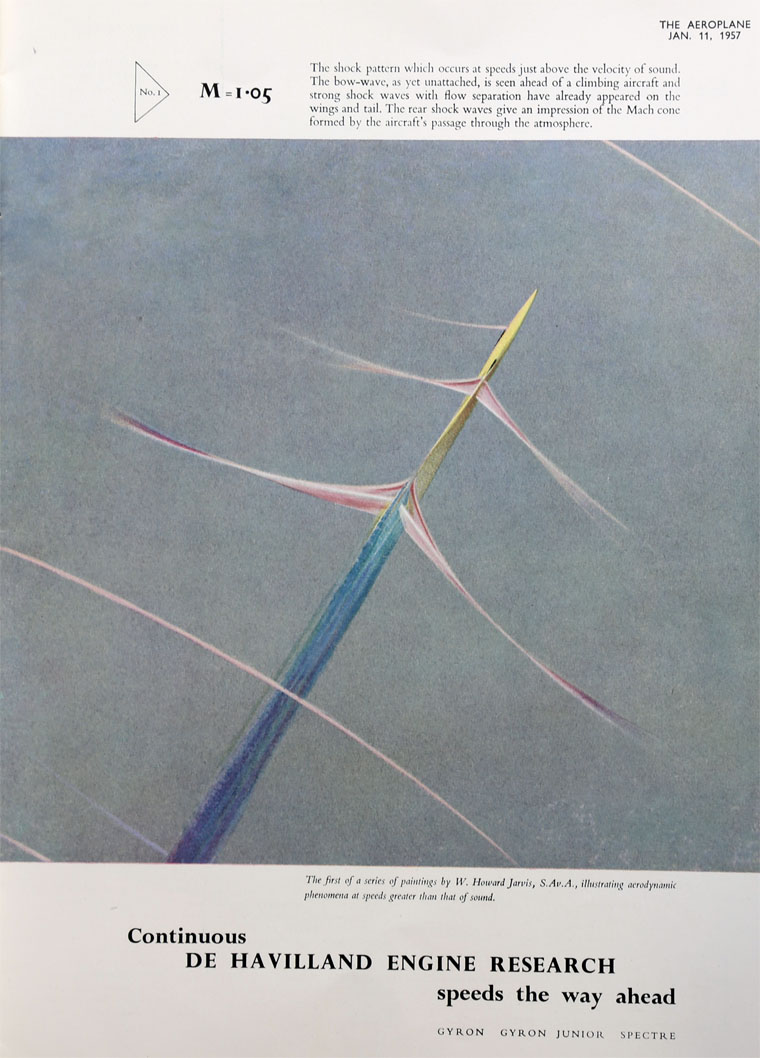 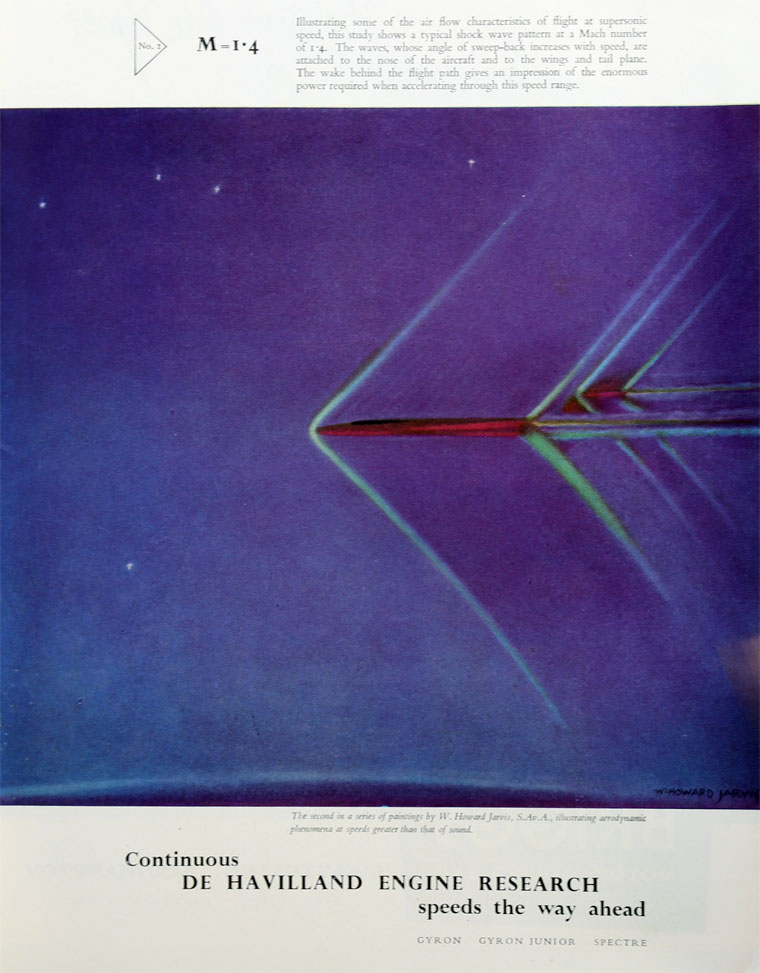 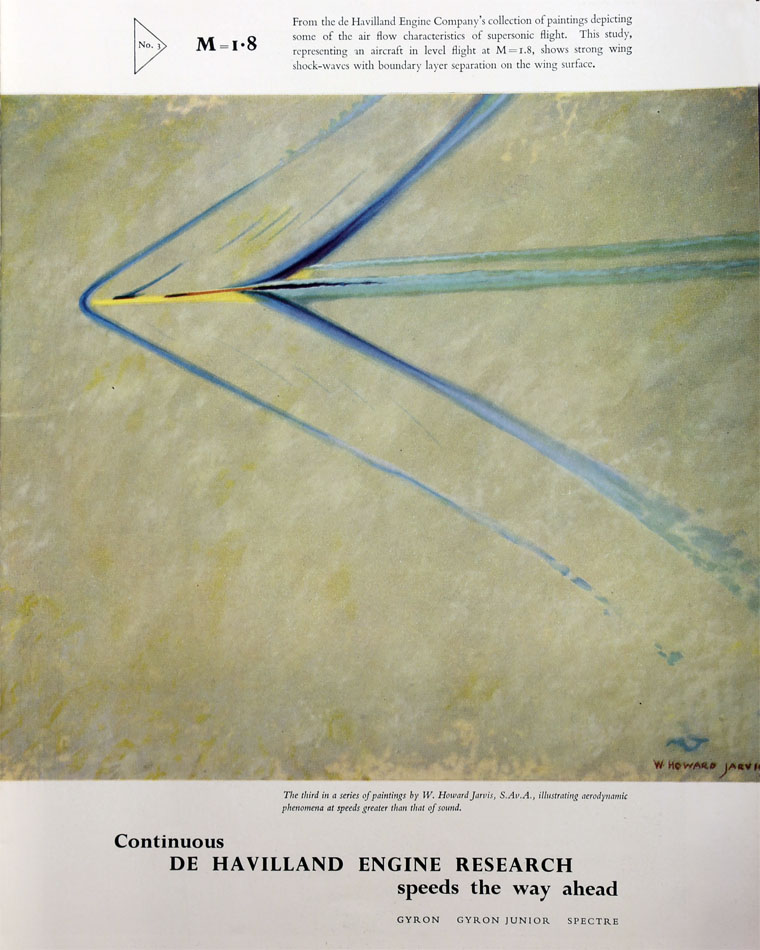 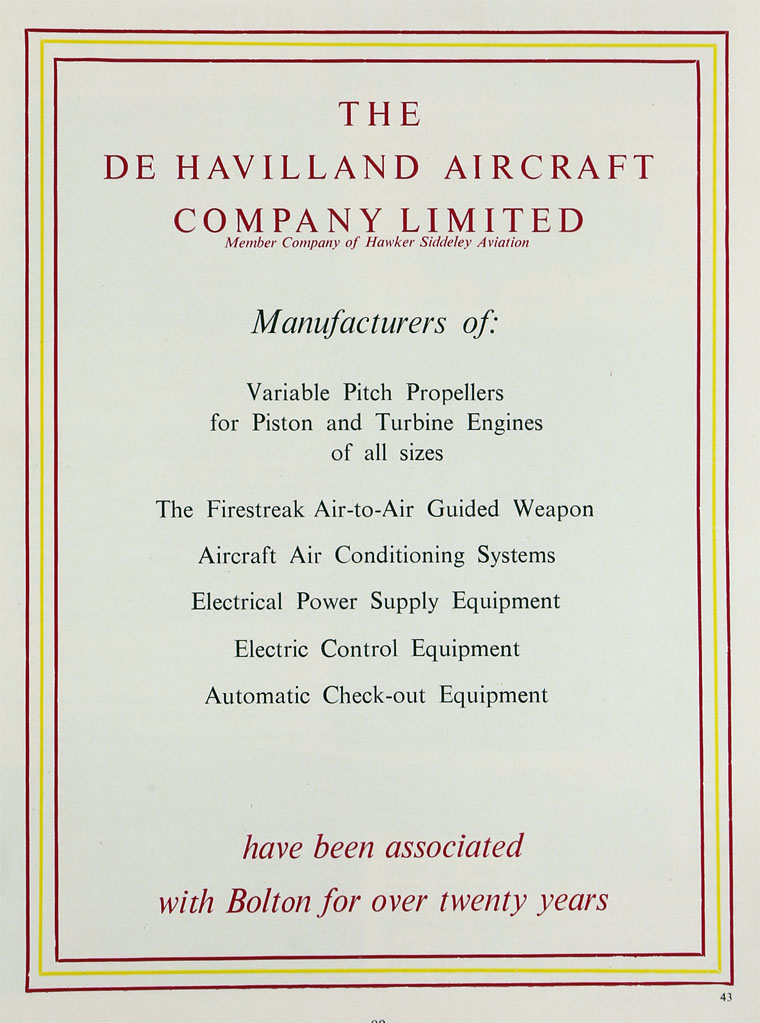 The de Havilland Aircraft Company was a British aircraft manufacturer.

1920 The private company was founded in 1920 when Airco, of which Geoffrey de Havilland had been chief designer, was sold to BSA. De Havilland then set up a company under his name in September that year at Stag Lane Aerodrome in Edgware. It later moved to Hatfield, in Hertfordshire, England. He was neither chairman nor managing director of his company, begrudging all time lost to technical work and feeling exasperated by financial responsibilities.

Images of the Edgware factory are available on the RAF Museum London website.

1924 The De Havilland Aircraft Company, Limited, continued to manufacture the DH 9 and 9A types of military aircraft, the first-named being on occasion fitted with water-landing gear. In addition, on the service side, it produced certain experimental machines for the Air Ministry. On the commercial side, it concentrated chiefly on the DH 50 four-passenger machine, to which we referred in our review a year ago, and took the first steps towards the production of a new type, the DH 54, a sixteen-seater, to be driven by a 650 horse-power Rolls-Royce "Condor " engine. Similar steps have been taken in connection with a three-engined commercial machine.[2]

1925 De Havilland pioneered the light aeroplane movement with the Moth.

By 1928 Messrs. de Havilland and Co had developed a further type of Hucks starter, mounted on a Ford one-ton chassis[3]

Initially, de Havilland concentrated on single and two-seat biplanes, essentially continuing the DH line of aircraft built by Airco, but powered by de Havilland's own Gypsy engines. These included the Gypsy and Tiger Moths. These aircraft set many aviation records, many piloted by de Havilland himself. Amy Johnson flew solo from England to Australia in a Gypsy Moth in 1930, the flight taking 19.5 days.

The Moth line of aircraft continued with the more refined (and enclosed) Hornet Moth and Moth Minor, the latter being a low-wing monoplane constructed of wood.

The DH.84 Dragon was the first aircraft purchased by Aer Lingus, who later operated the DH.84B Dragon Express and the DH.89 Dragon Rapide. De Havilland continued to produce high-performance aircraft including the high-speed twin-piston engine DH.88 Comet mail-plane, one of which became famous in its red livery as the winner of the MacRobertson Air Race from England to Australia.

The high-performance designs and wooden construction methods culminated in perhaps the most famous de Havilland aircraft - the Mosquito, constructed primarily of wood because of the shortage of aluminium during the war. The company followed this with the even higher-performing Hornet, which was one of the pioneers of the use of metal-wood and metal-metal bonding techniques.

After the Second World War, de Havilland continued with leading-edge designs in both the military and civil field, but several public disasters doomed the company as an independent entity. The experimental, tailless, jet-powered de Havilland DH 108 Swallow crashed in the Thames Estuary, killing Geoffrey de Havilland Jr, son of the company's founder.

1952 The de Havilland Comet was put into service as the first commercial jet airliner, twice as fast as previous alternatives and a source of British national pride. The Comet suffered three tragic and high-profile crashes in two years.

1952 Less well known, but equally disastrous, was the explosion of the DH.110 Sea Vixen prototype during the 1952 Farnborough Air Show, which also killed members of the public.

1958 De Havilland, Hunting Aircraft and Fairey Aviation formed Airco for the production of the DH121 airliner[5]

1960 As part of a general consolidation in the aircraft industry, Hawker Siddeley acquired Blackburn Group and de Havilland Holdings, making this one of the 2 large airframe manufacturing groups in Britain[6]

Presumably a product of Geoffrey de Havilland's early interests in automotive engineering when he was living in Rugby.