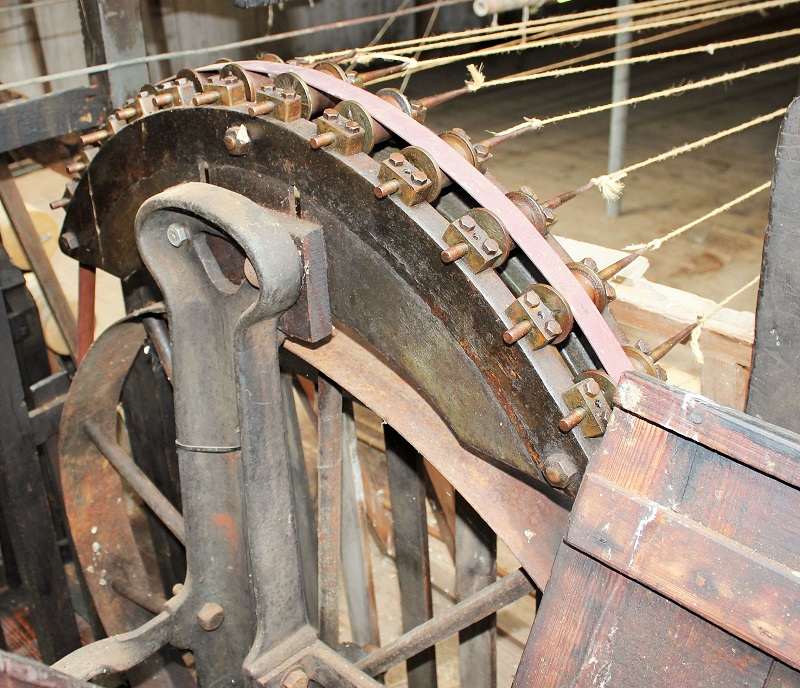 Dawe's Twine Works is Britain’s only surviving Victorian twine works with its original working machinery. Saved from total collapse and restored by local volunteers, and run by the Coker Rope & Sail Trust and CIO.

The working machinery is demonstrated on open days, driven by lineshafting powered by a 1927 Alexander Shanks and Son diesel engine.

Established by Israel Rendell II, who was listed as a ‘sail-cloth manufacturer’, but because the making of twine was an integral part of sail-making, twine-making was not listed separately until much later.

John Dawe took over the business from Rendell in 1877, he would have used the existing facilities until he built his own works. The new buildings were completed in 1899 when Sibley and Son of the Parrett Works, Martock, built and installed the machinery in the open-sided walk.

W. S. Dawe eventually took over from his father. However, the Works eventually ceased production in 1968.

For much more information on the history, see here.