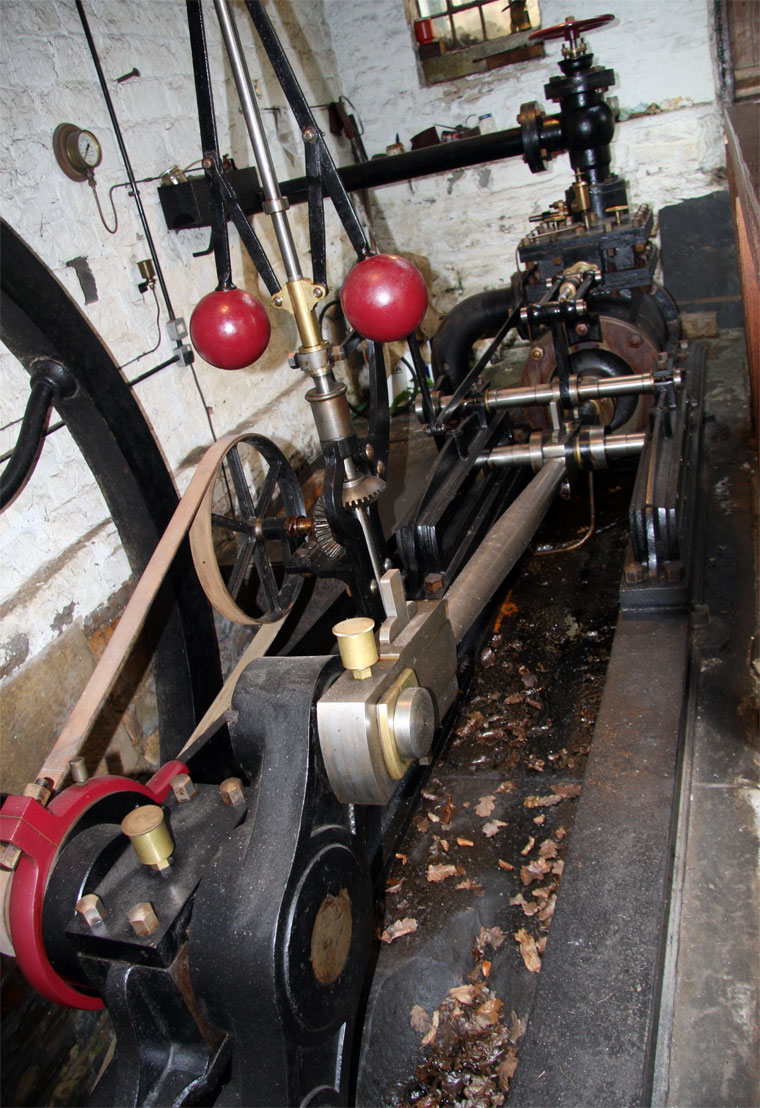 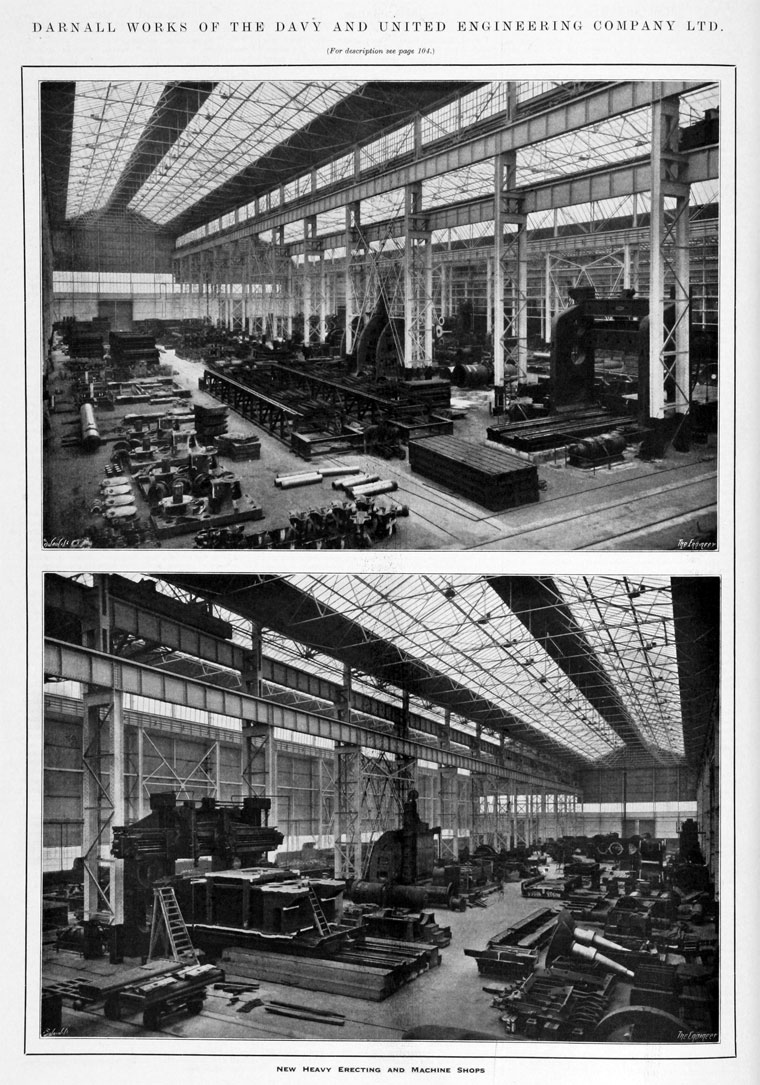 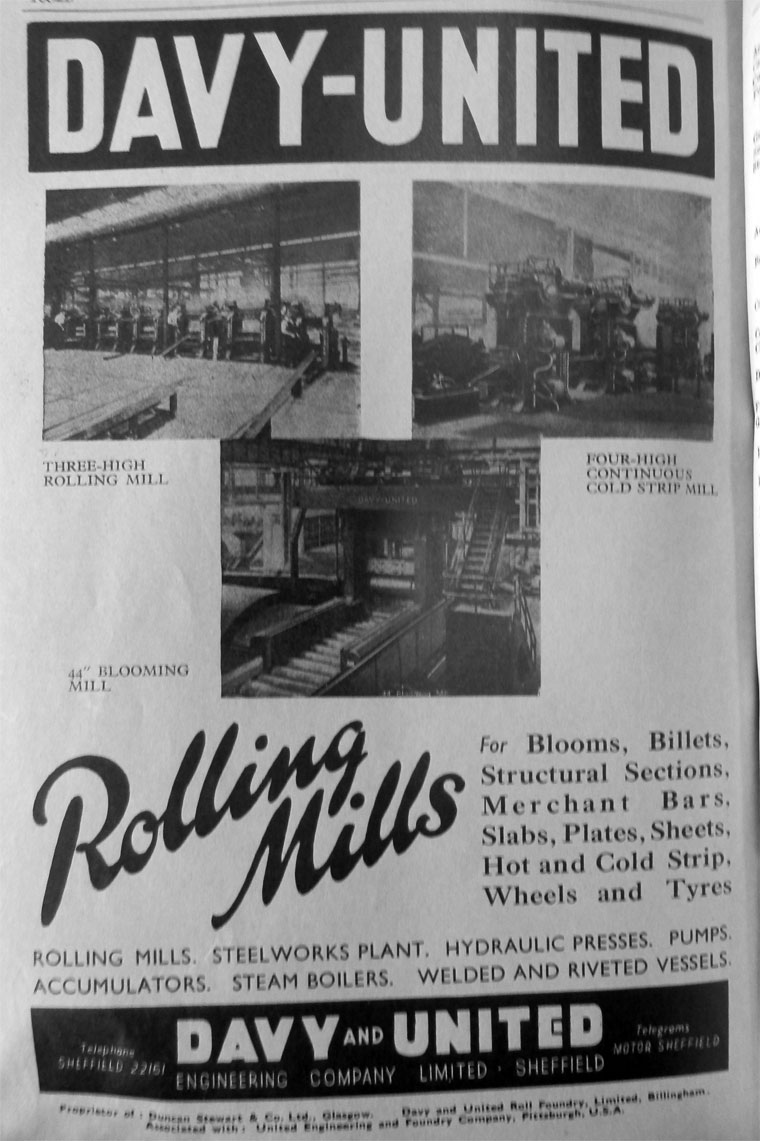 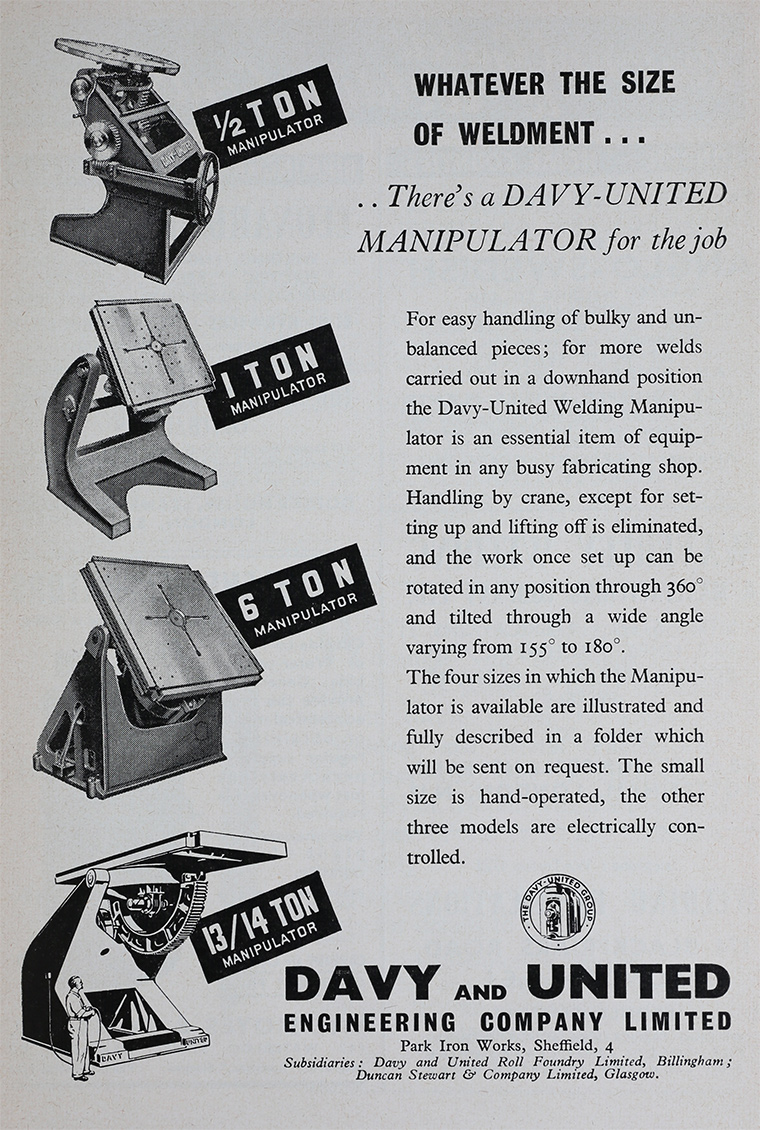 of Sheffield, Yorkshire, with works also at Middlesbrough and Glasgow.

1937 Company changed name to Davy and United Engineering Co reflecting the agreement with United Engineering and Foundry Co of Pittsburgh that both companies would manufacture and sell the products of the other in their respective areas; also exchange of directors[1].

1937 Principal activities were manufacture of rolling mills and rolls for use in mills, which were to continue to be the company's main activities until 1960[2].

1938 Order for Davy and United Engineering Co from Russia for heavy equipment[3].

1959 Holding company formed: Davy-United, within which Davy and United Engineering Co operated with 3 divisions: manufacture of machinery, construction of steelworks and plant for various steel processes. Other subsidiaries were Davy and United Roll Foundry Ltd and Davy and United Instruments Ltd[4].

1960 Merger of Davy-United and Power-Gas Corporation Ltd, by offer of Davy-United shares for the whole of the share capital of Power-Gas. The new company would be known as Davy-Ashmore Ltd, the Ashmore name coming from Power-Gas's principal subsidiary Ashmore, Benson, Pease and Co.[5]. Existing subsidiaries would continue to operate under their current names.

The company is now DavyMarkham, still located in Sheffield, producing very large fabrications and carrying out heavy machining, and also producing products previously made by Markham and Co [7]

The main engineering resources of the company are at Darnall works. Originally established in 1921, they comprise an extensive pattern shop, a heavy iron foundry capable of producing castings of up to 70 tons each, five light, medium, and heavy machining bays, and light and heavy erecting shops.

The company's other works in Sheffield - See Davy Brothers