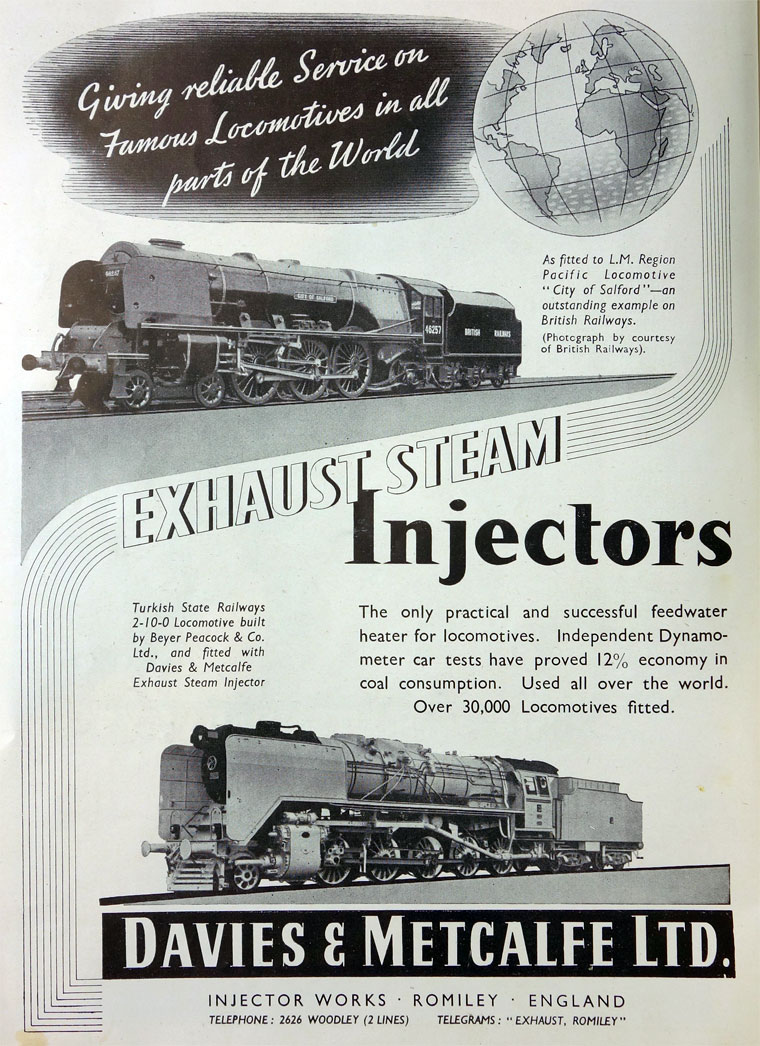 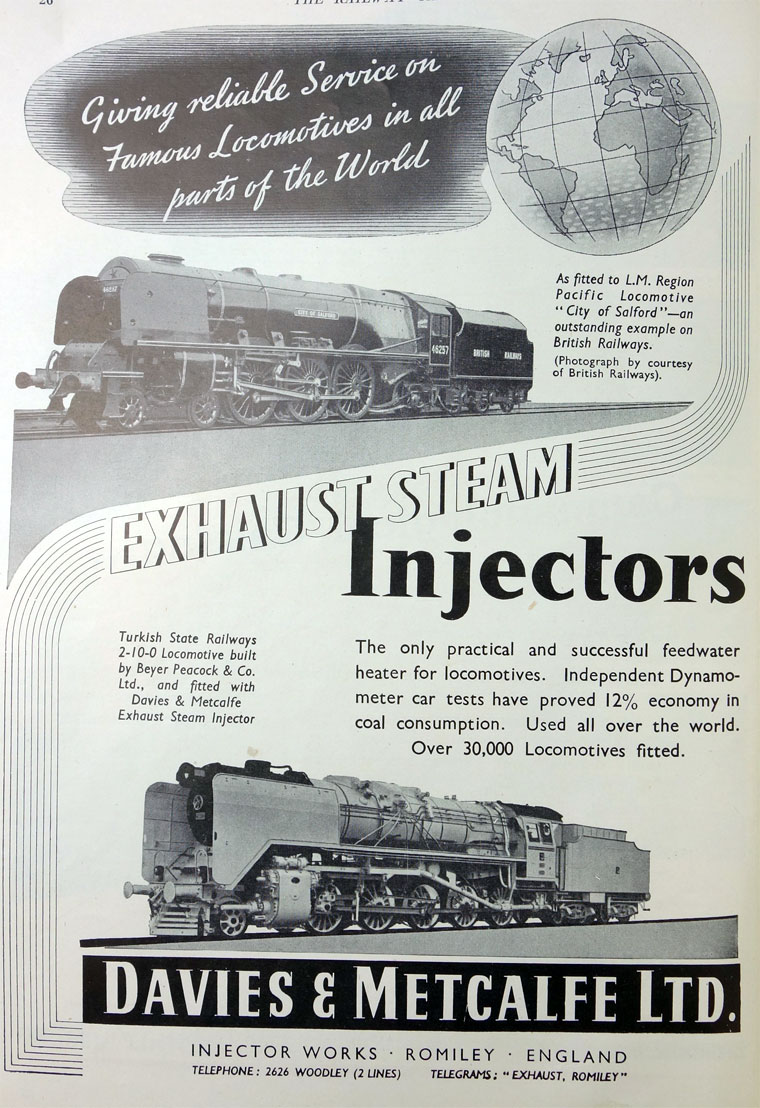 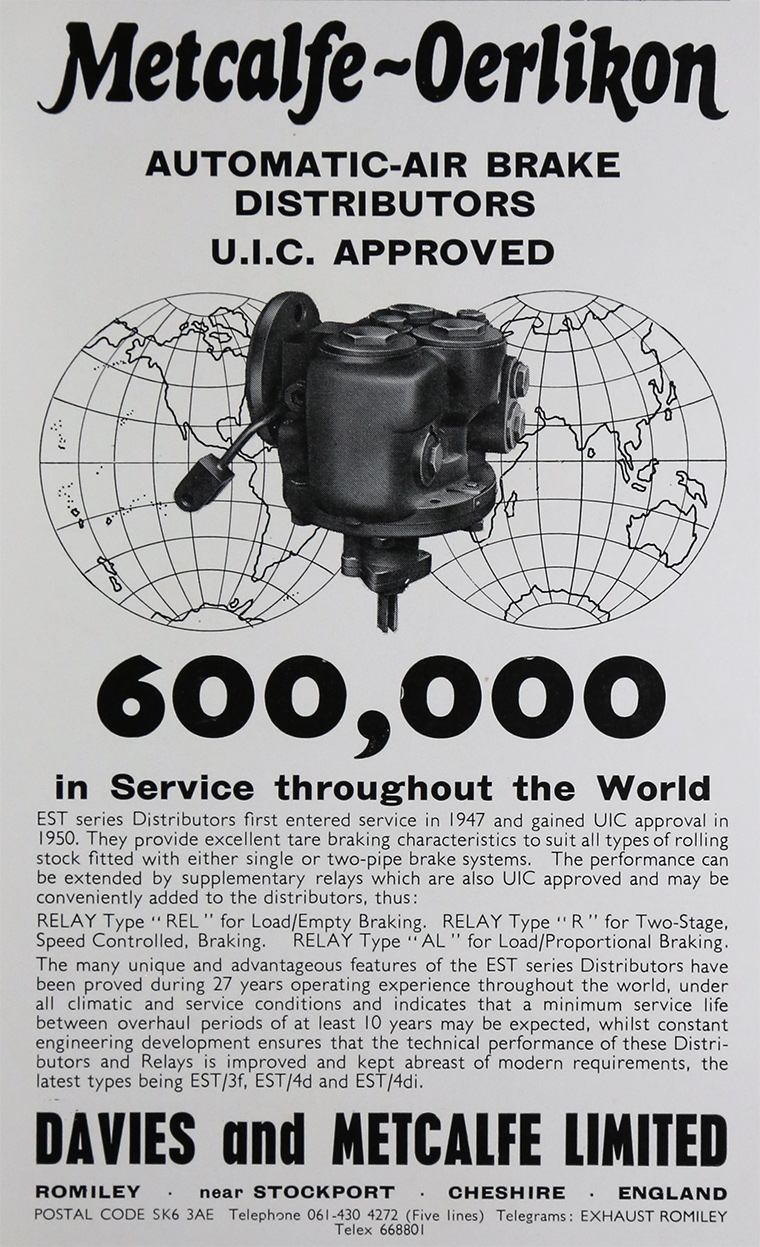 of Injector Works, Romiley, near Manchester.

1902 The firm built two locomotives for a narrow-gauge railway. [1]

1982 Described as Romiley and Cheshire-based. A company born into the railway boom. Turnover £12 million. Three factories in Britain, one in Australia and one in South Africa. The chairman of the company was Richard Metcalfe. Lost 30 % of staff in the last two years to keep the company afloat. Principle activity is design and manufacture of railway braking equipment. [2]

1999 Published 'Davies and Metcalfe - Railway Engineers to the World' by Richard Metcalfe.