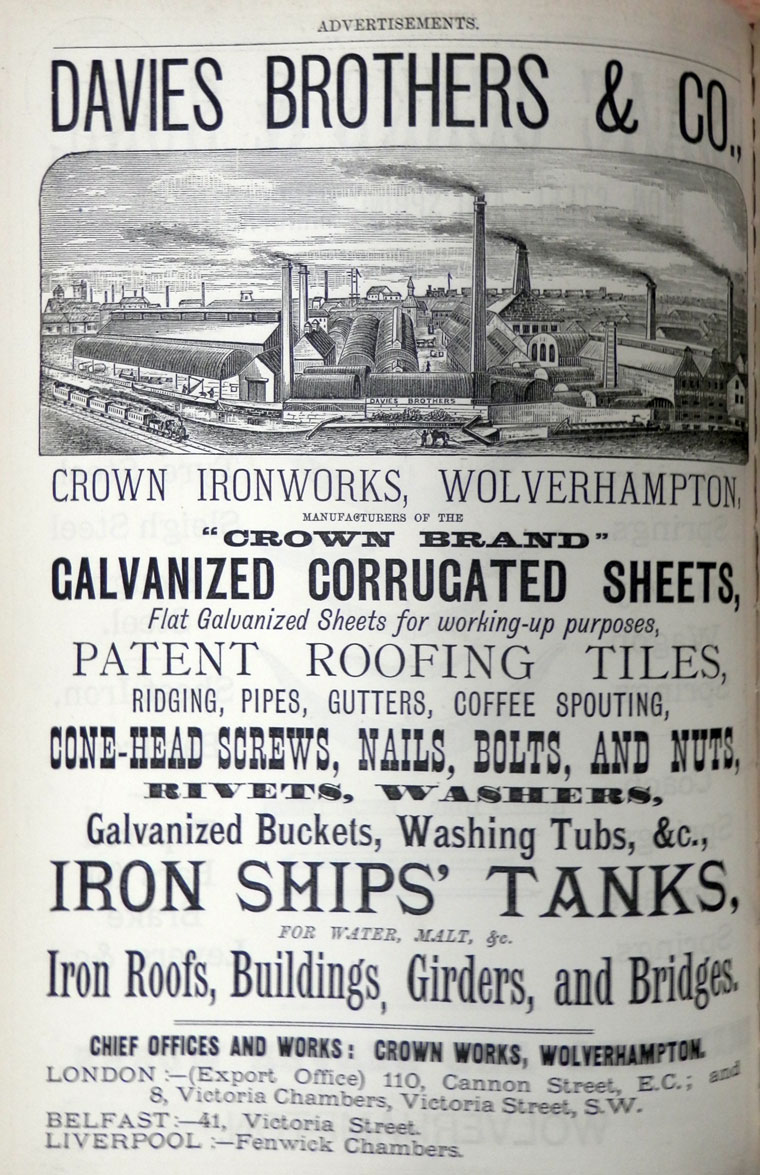 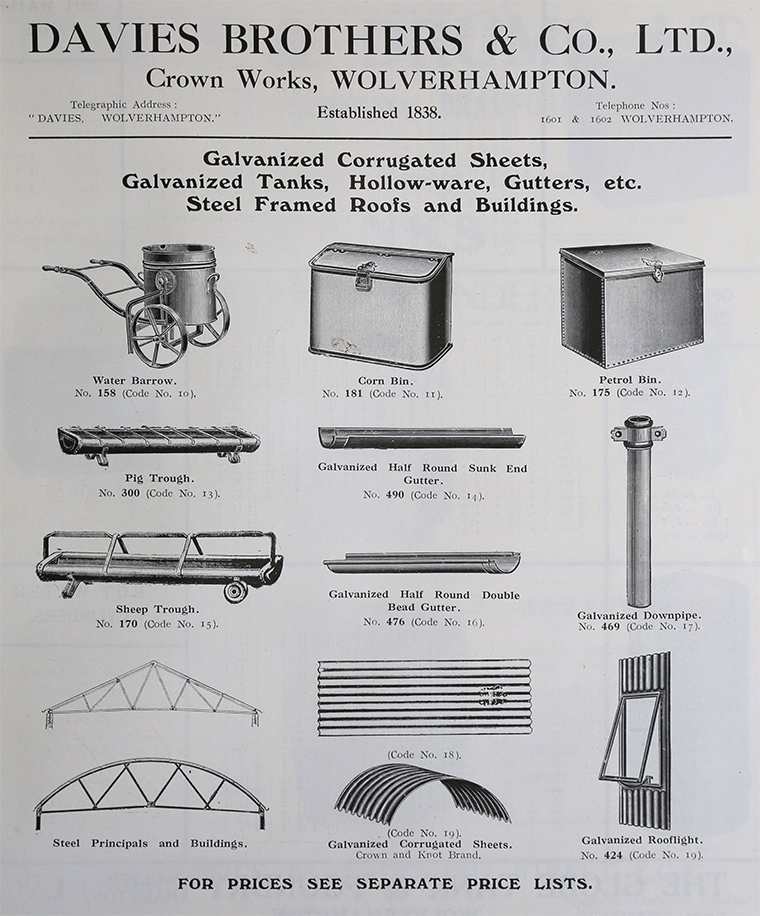 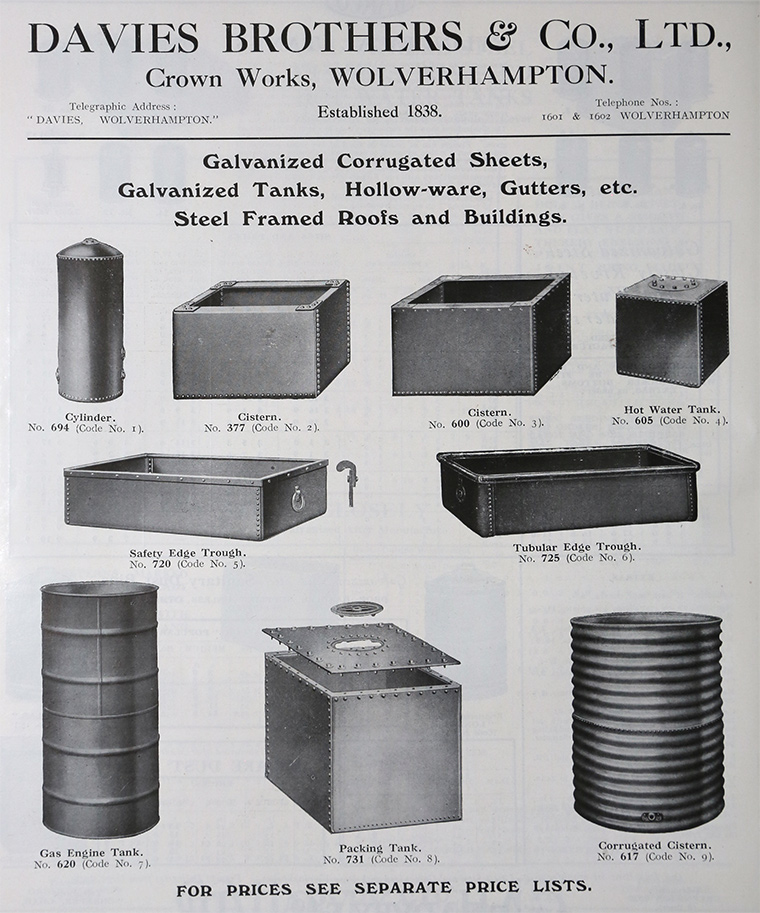 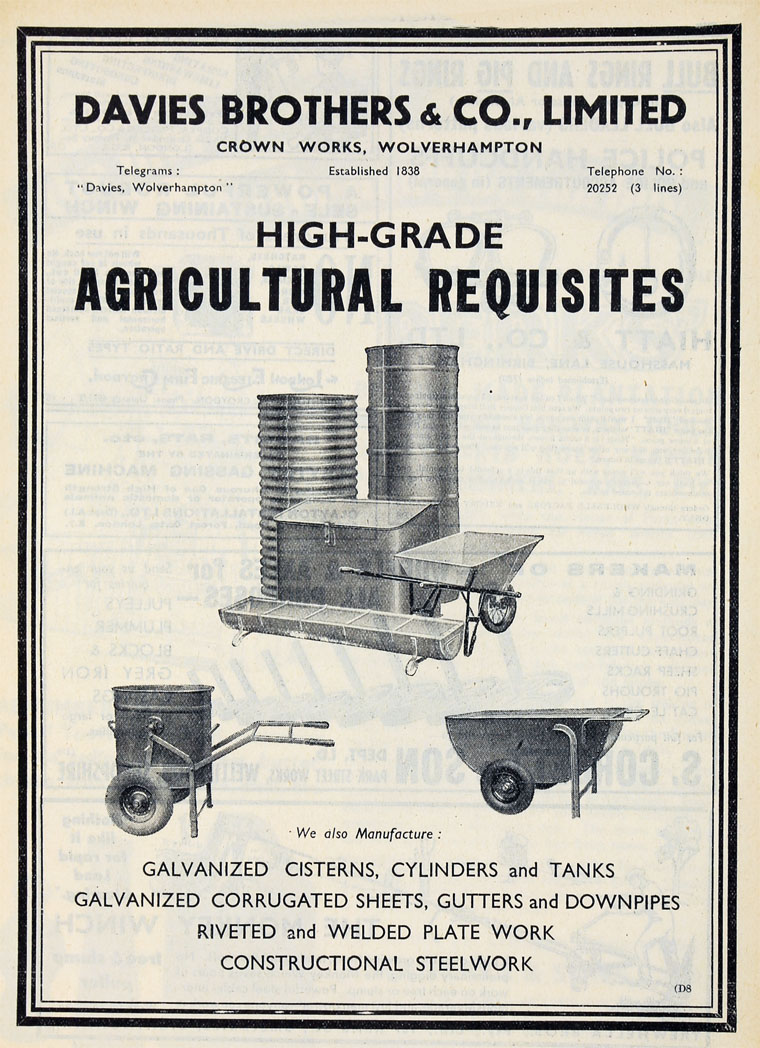 1838 Business founded by Edward Davies on Snow Hill. The firm was one of the first hot dip galvanising companies in the world.

1869 Moved to larger site, between Cross Street North and the canal, where they built a new factory called Crown Works.

1884 James left to start his own business.

1885 Private company incorporated as conversion of the business of Messrs. Davies Bros. and Co., of the Crown Works, Wolverhampton, galvanised iron manufacturers