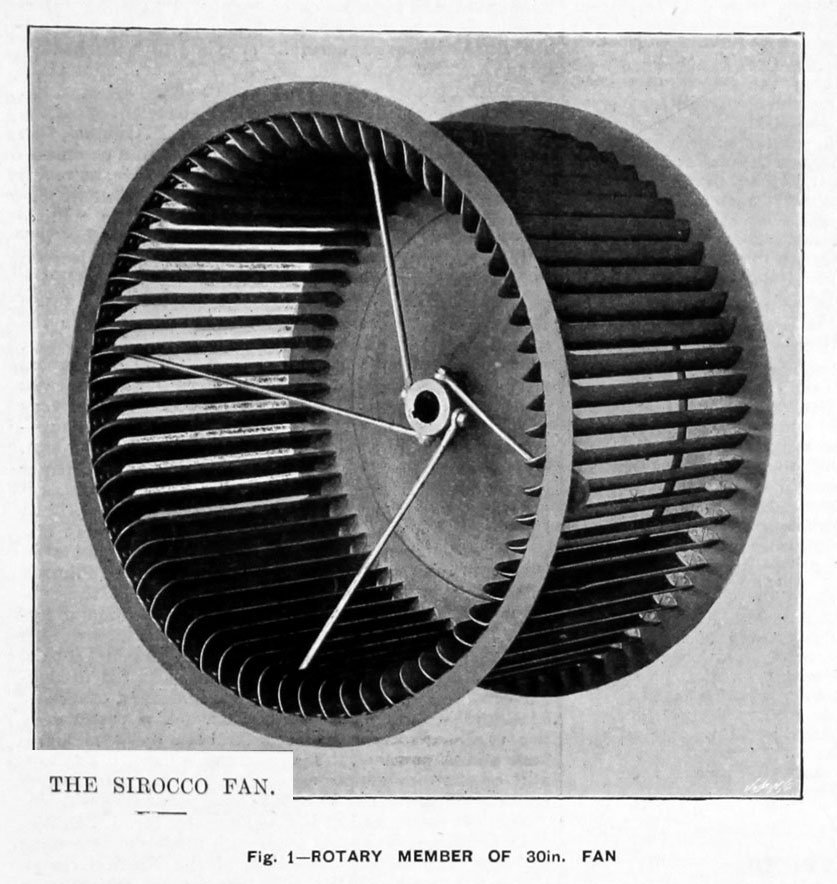 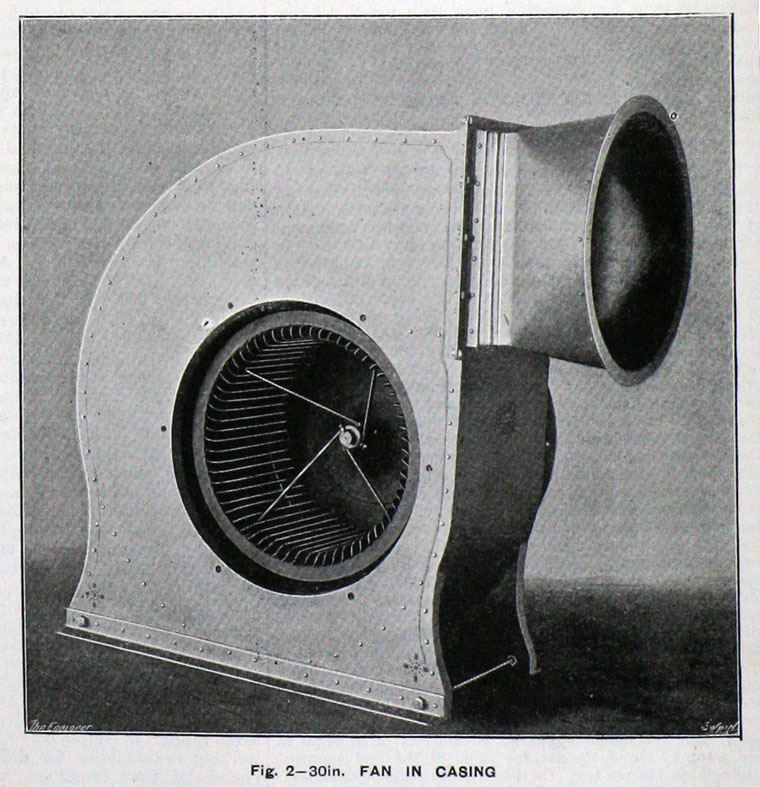 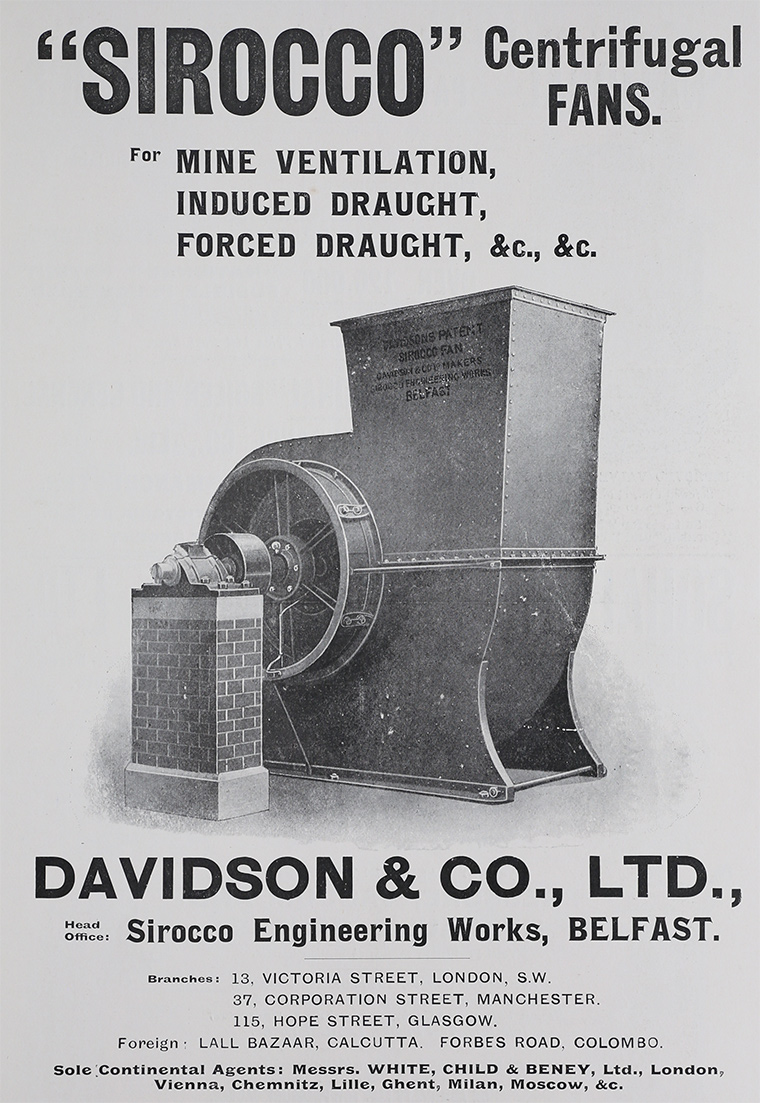 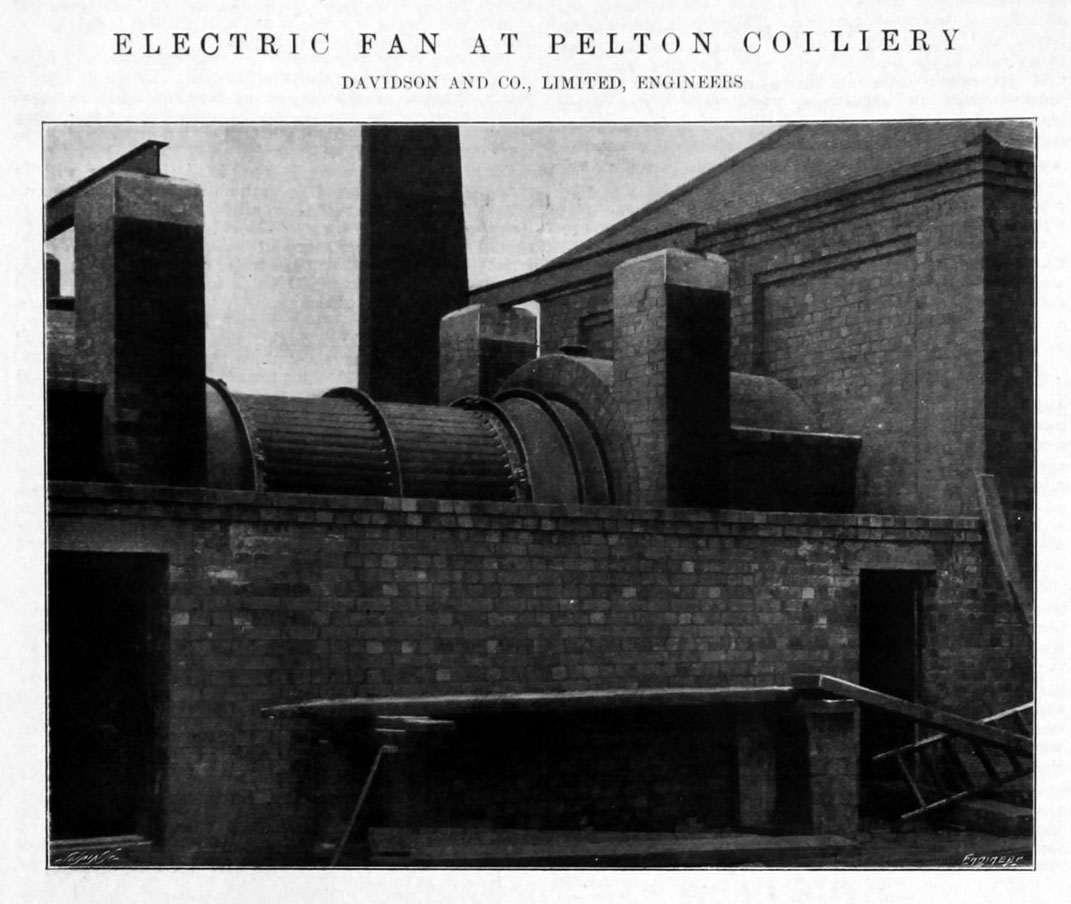 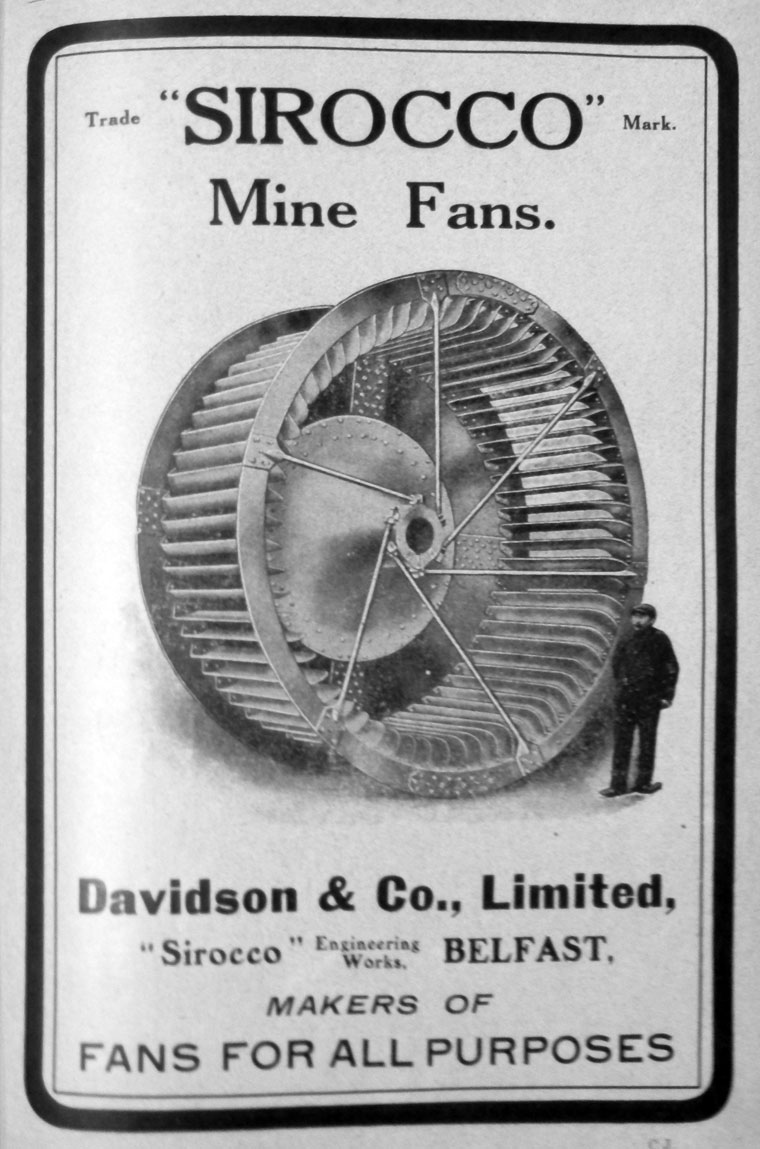 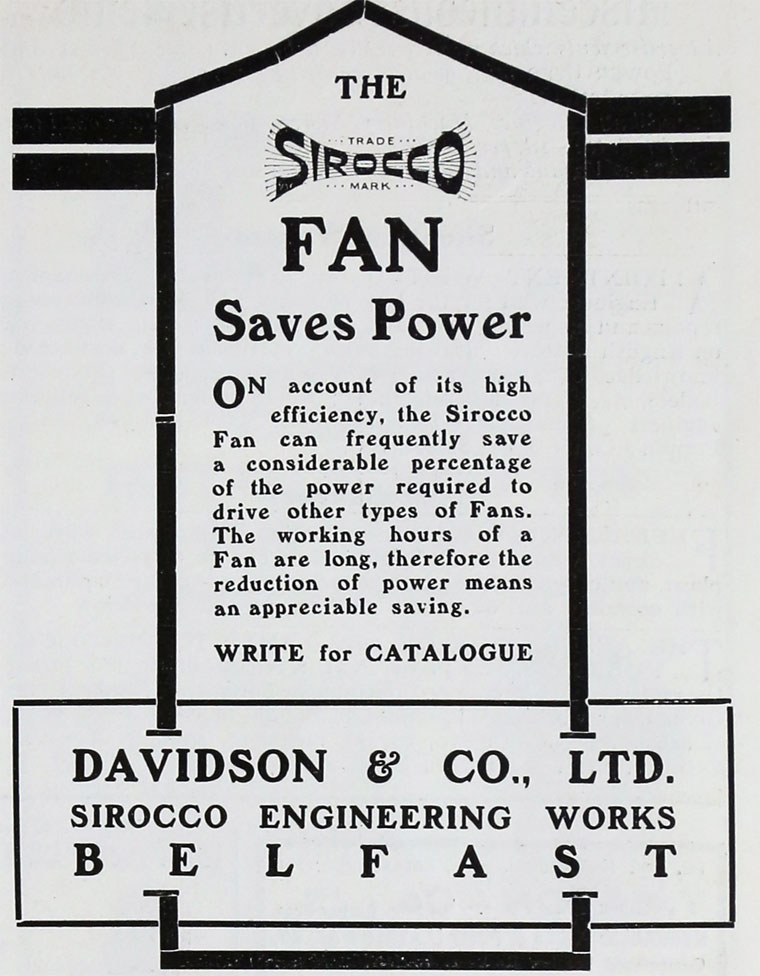 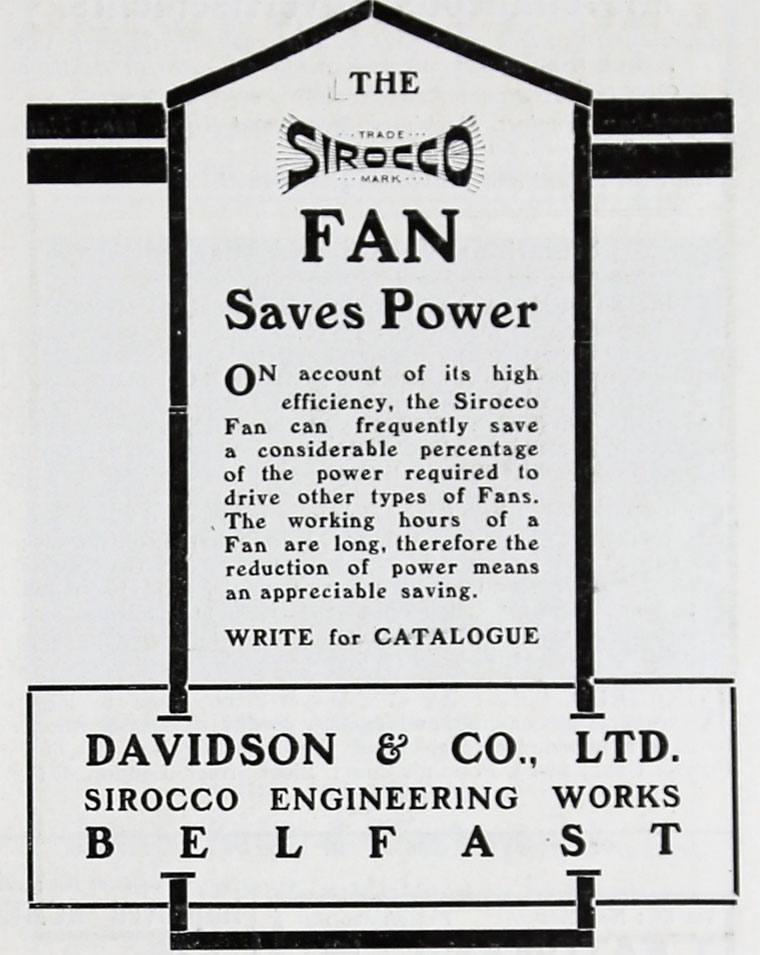 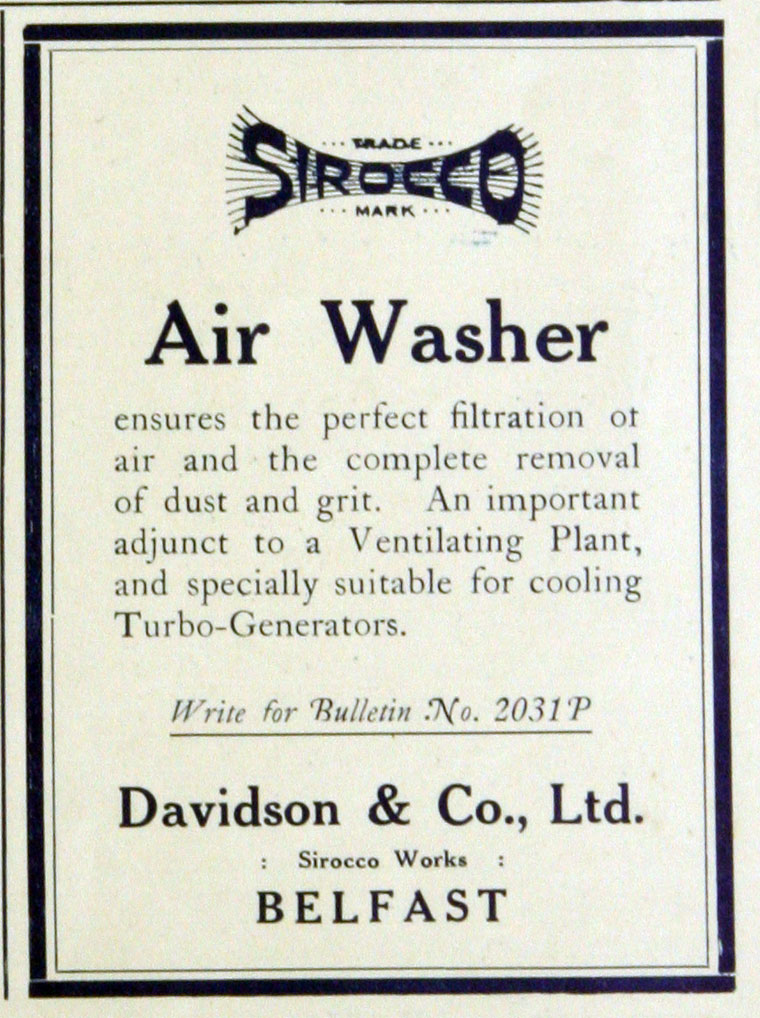 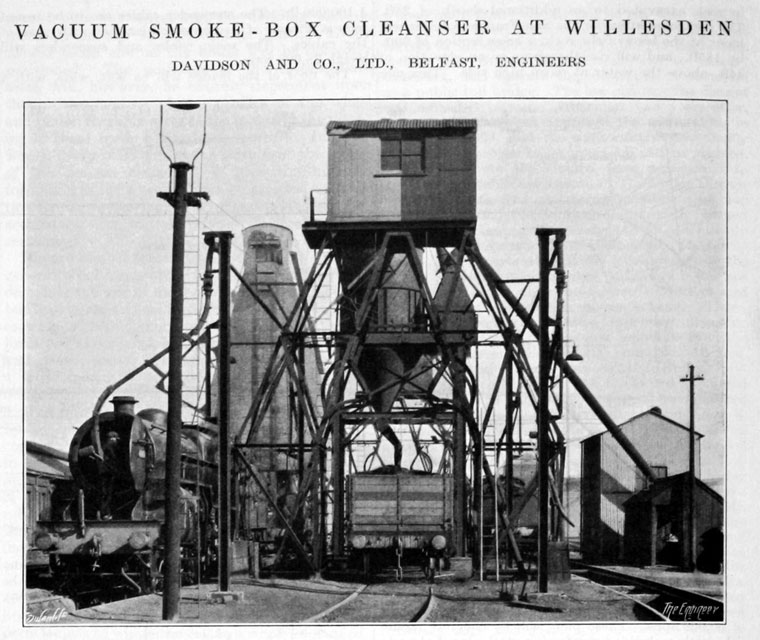 1933. Vacuum Smoke-Box Cleanser at Willesden depot of the London, Midland and Scottish Railway. 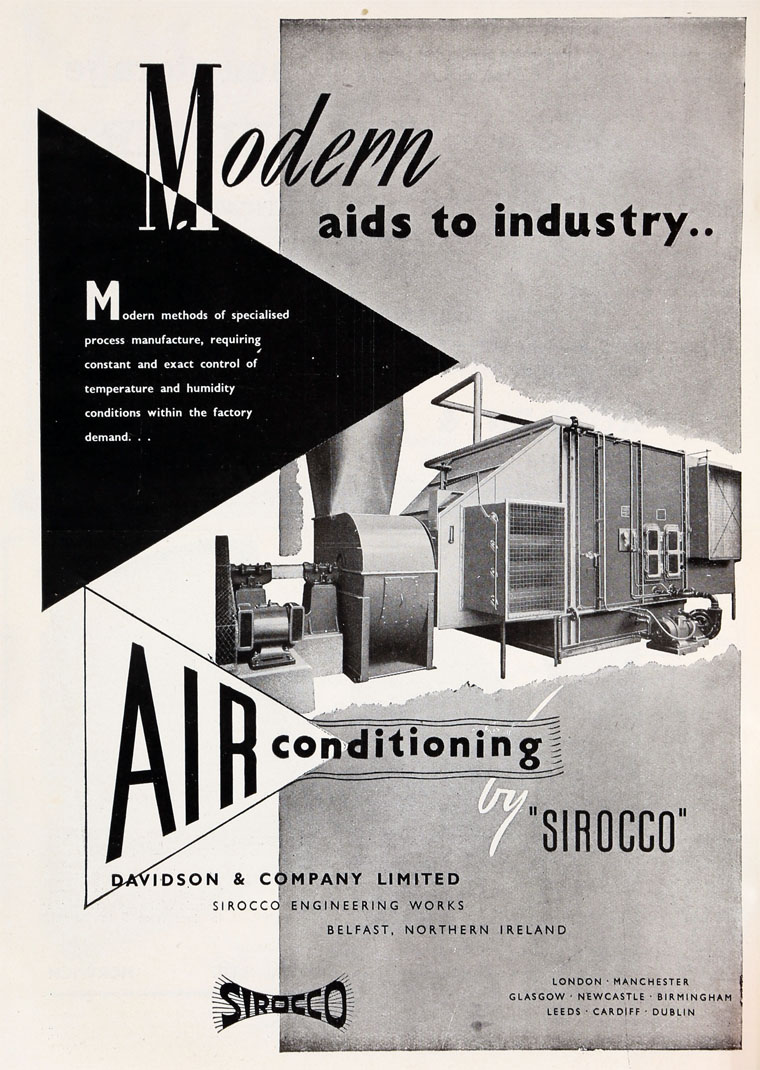 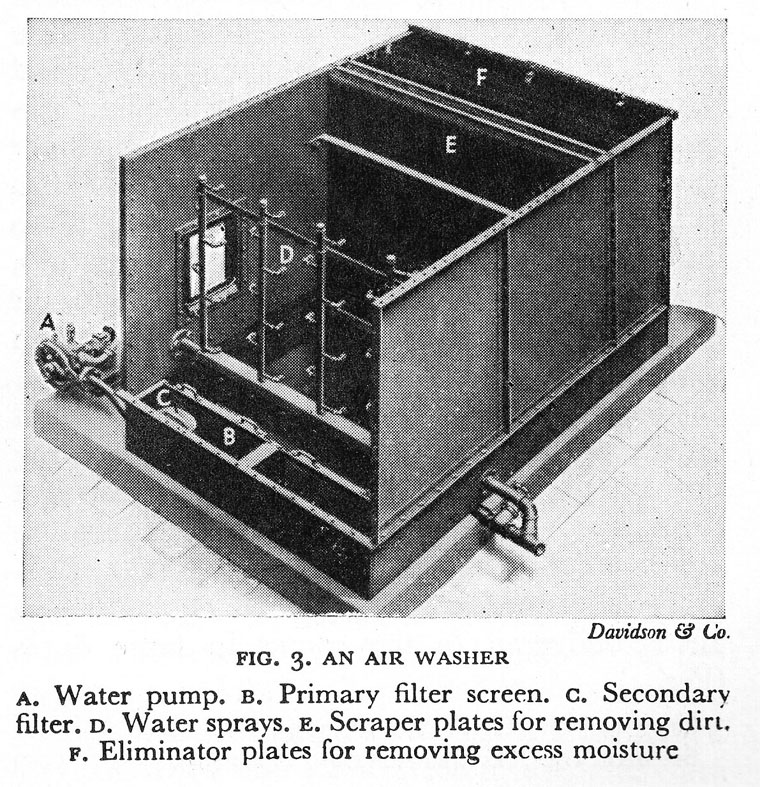 Manufacturers of tea-drying machinery and the "Sirocco" fan.

1927 Received an order from the Durban Navigation Collieries of South Africa an order to supply one of the most power mine fans yet constructed. It is to be capable of dealing with 700,000 cubic feet of air per minute against a resistance of 7in. of water gauge, and it will require a steam engine of 1200 horse-power to drive it.[1]

1961 Engineers and iron founders, specialising in the manufacture of fans for all purposes, air conditioning, dust collecting and pneumatic conveyance plant, and tea estate machinery. 1,300 employees. [3]