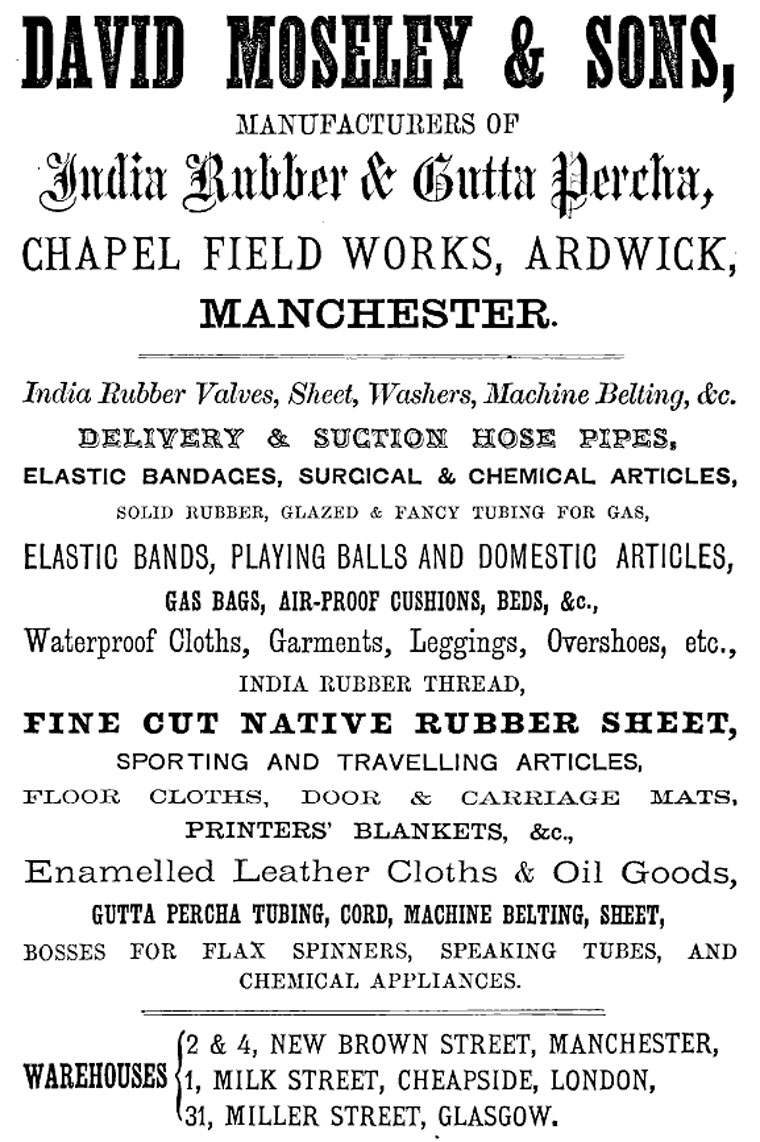 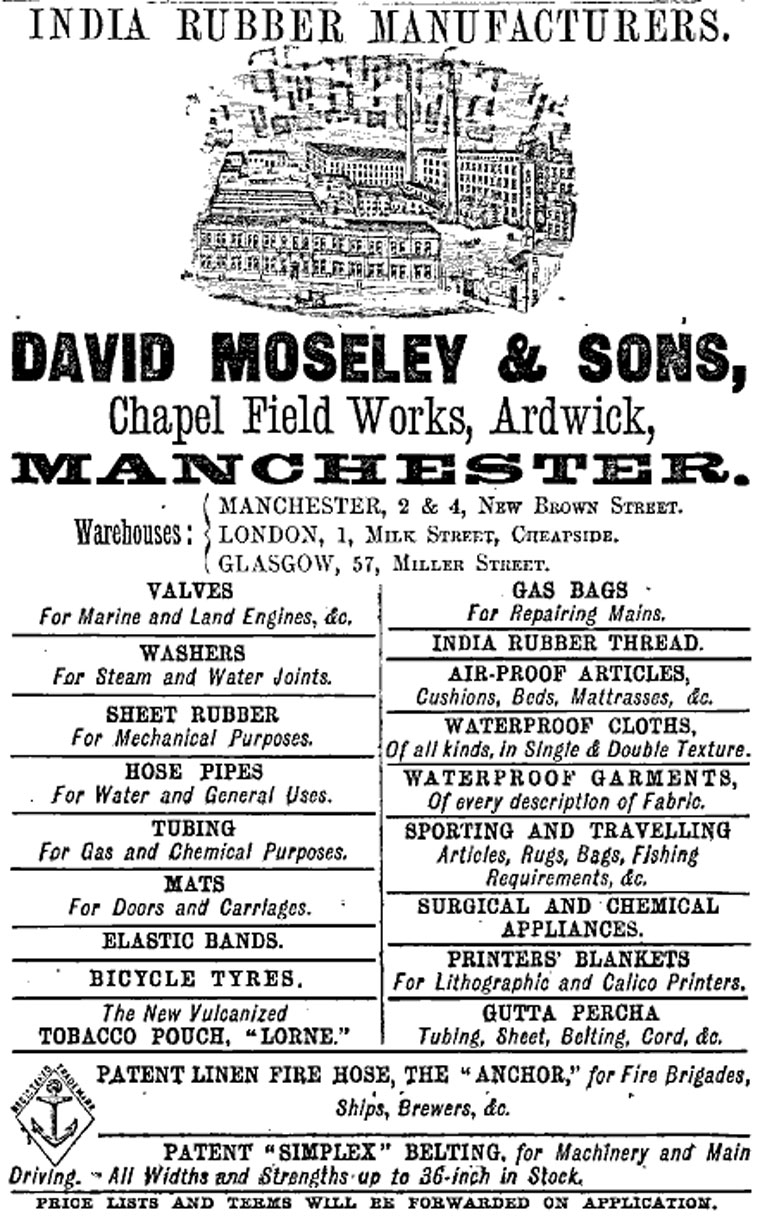 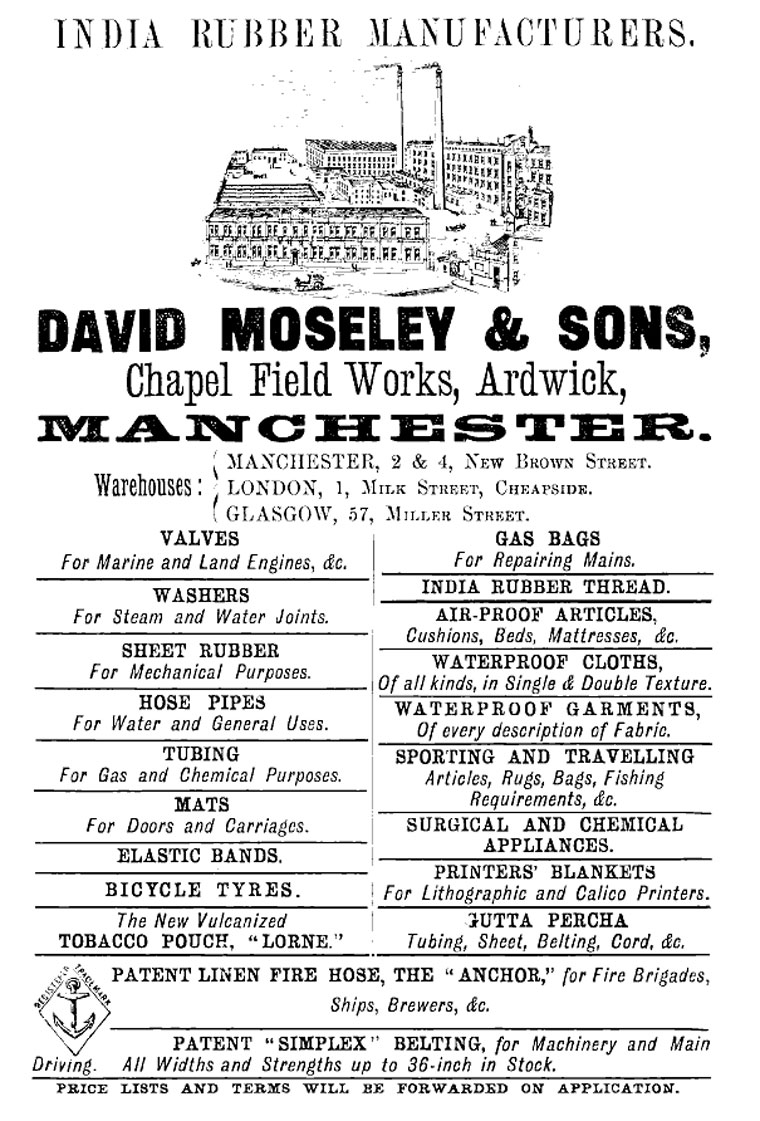 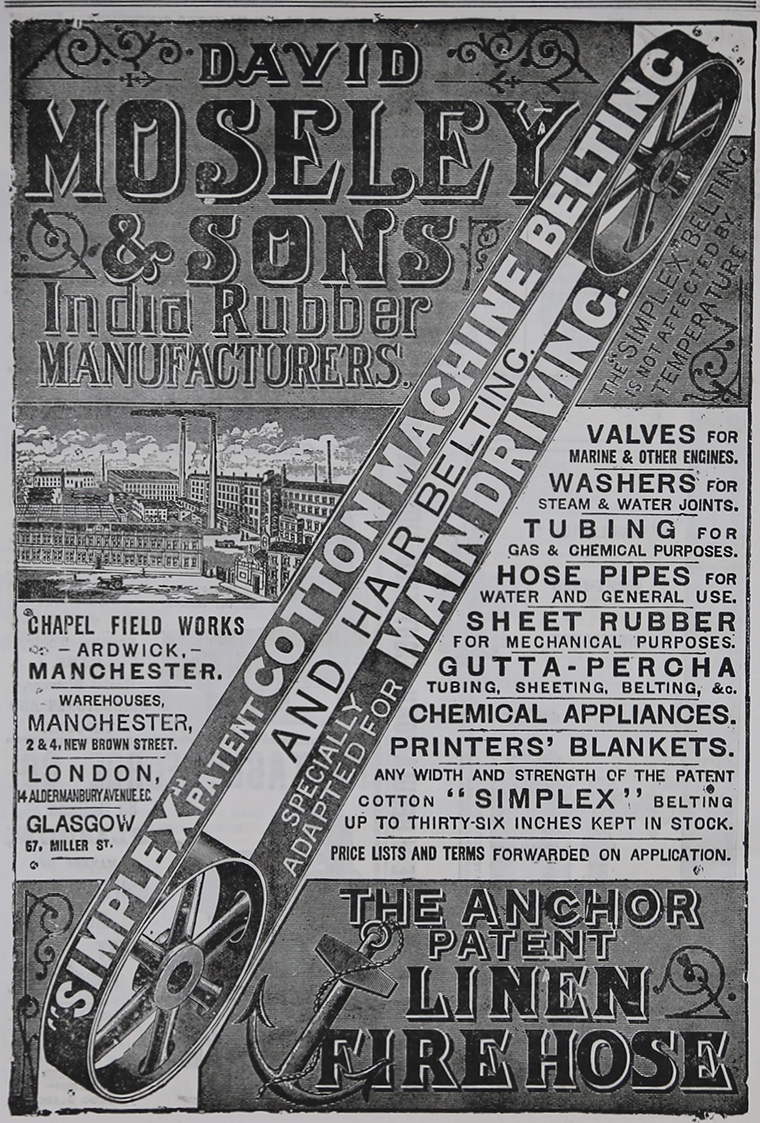 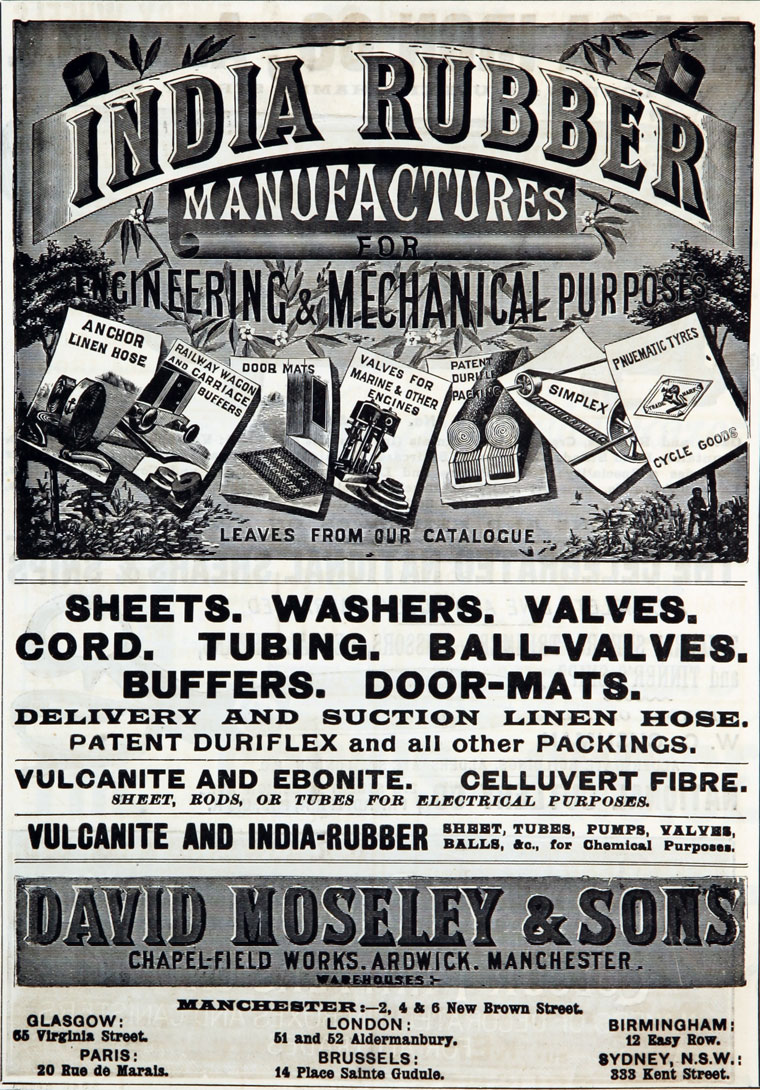 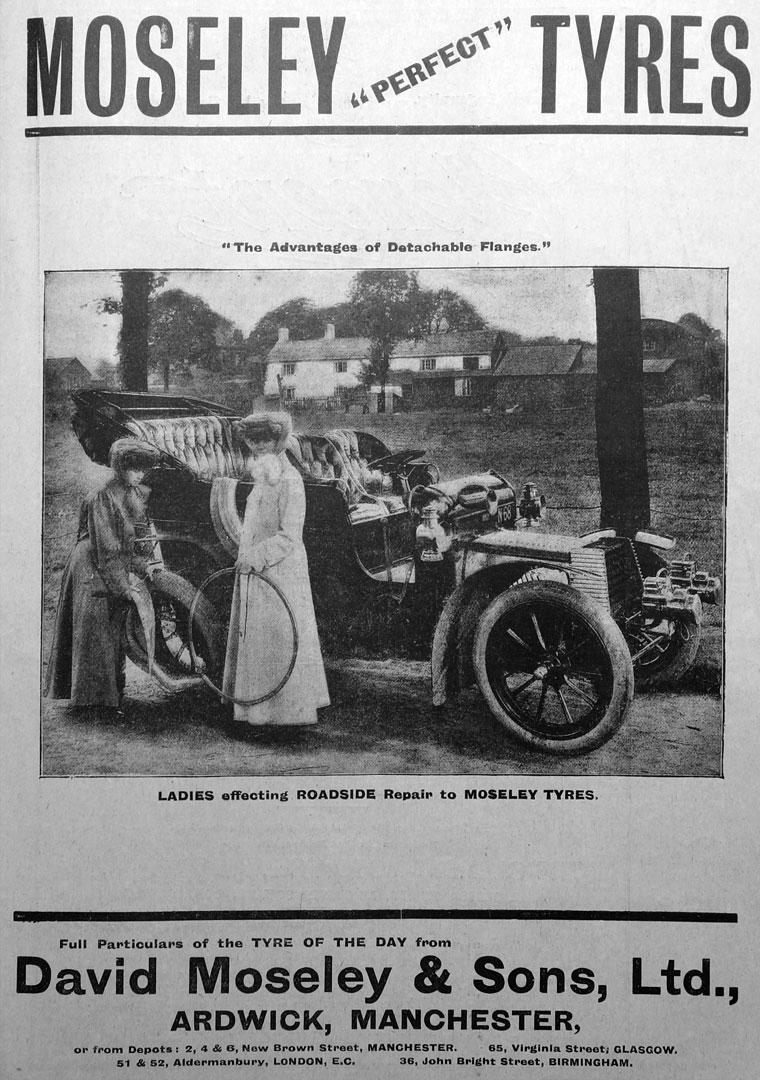 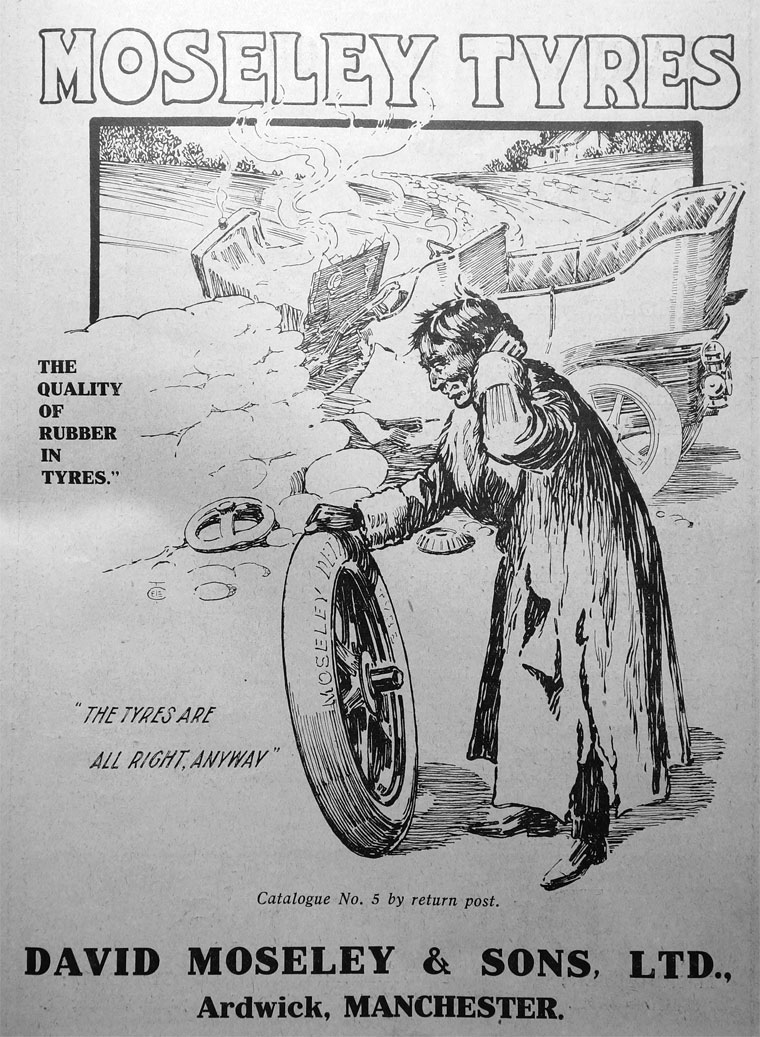 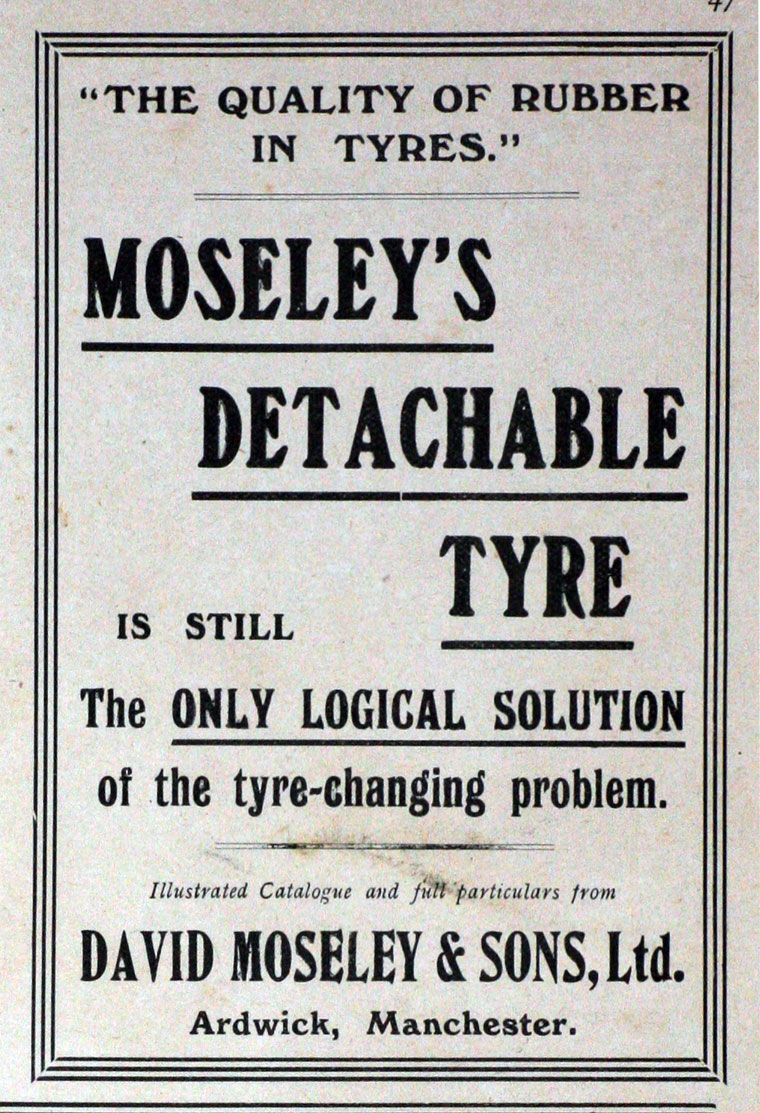 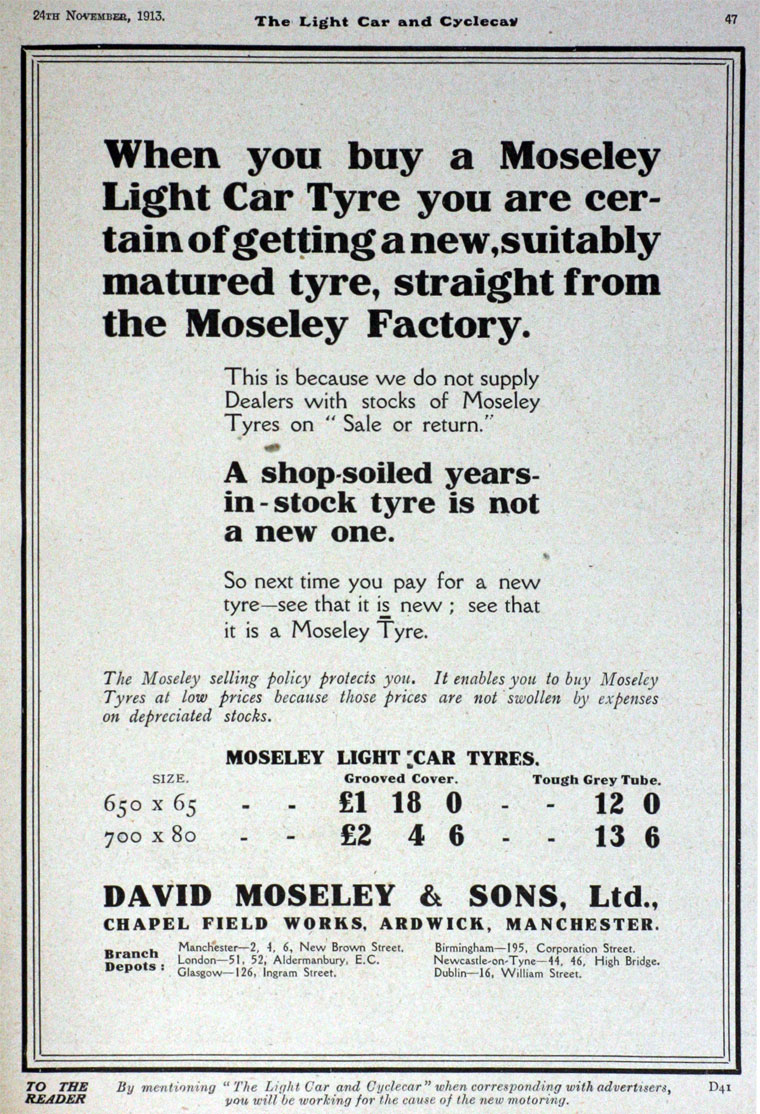 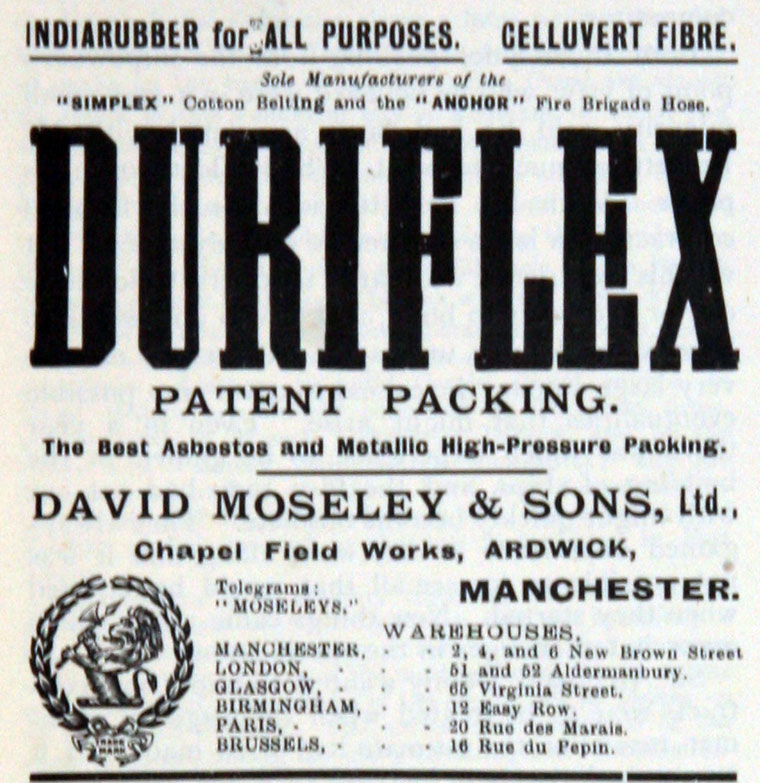 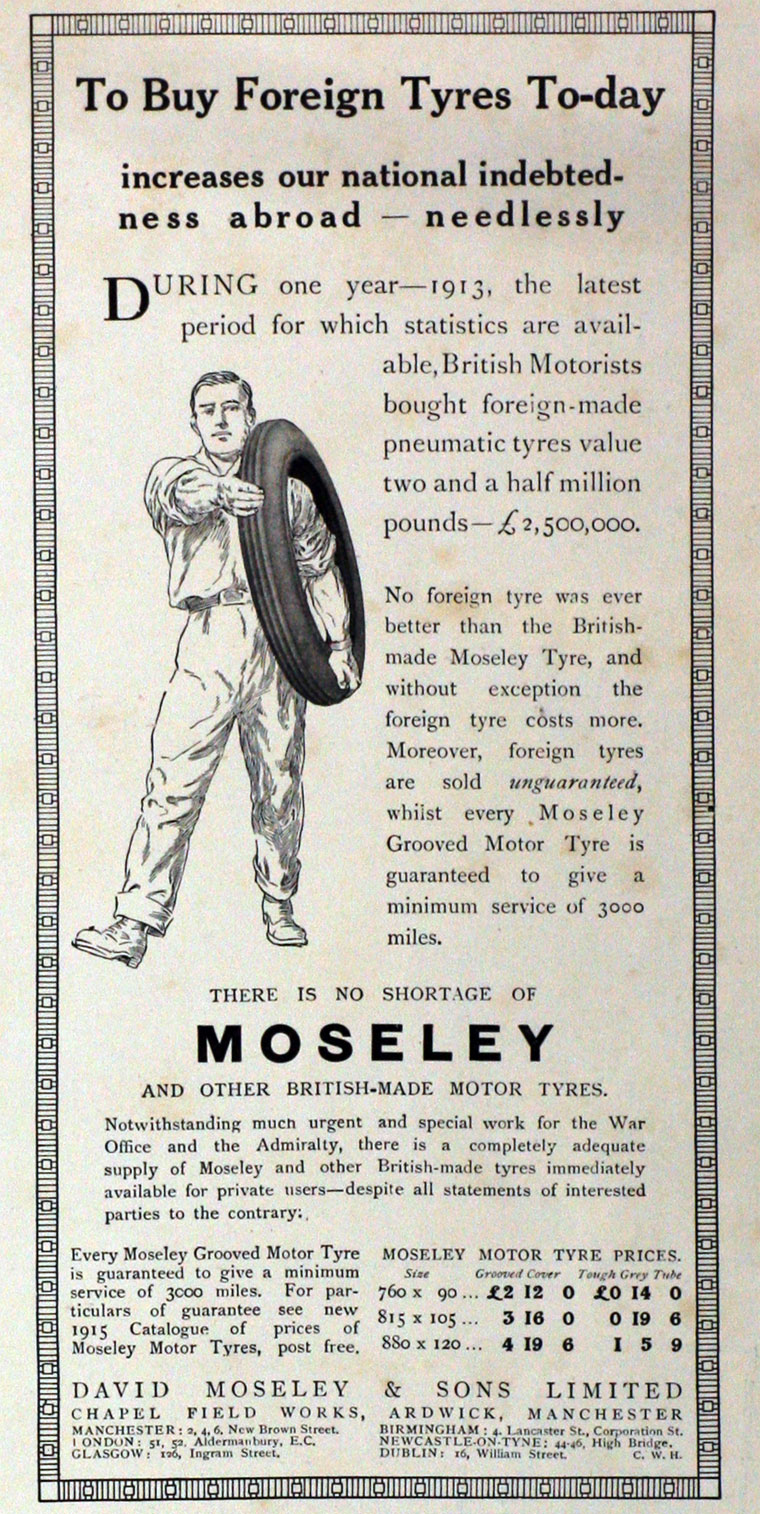 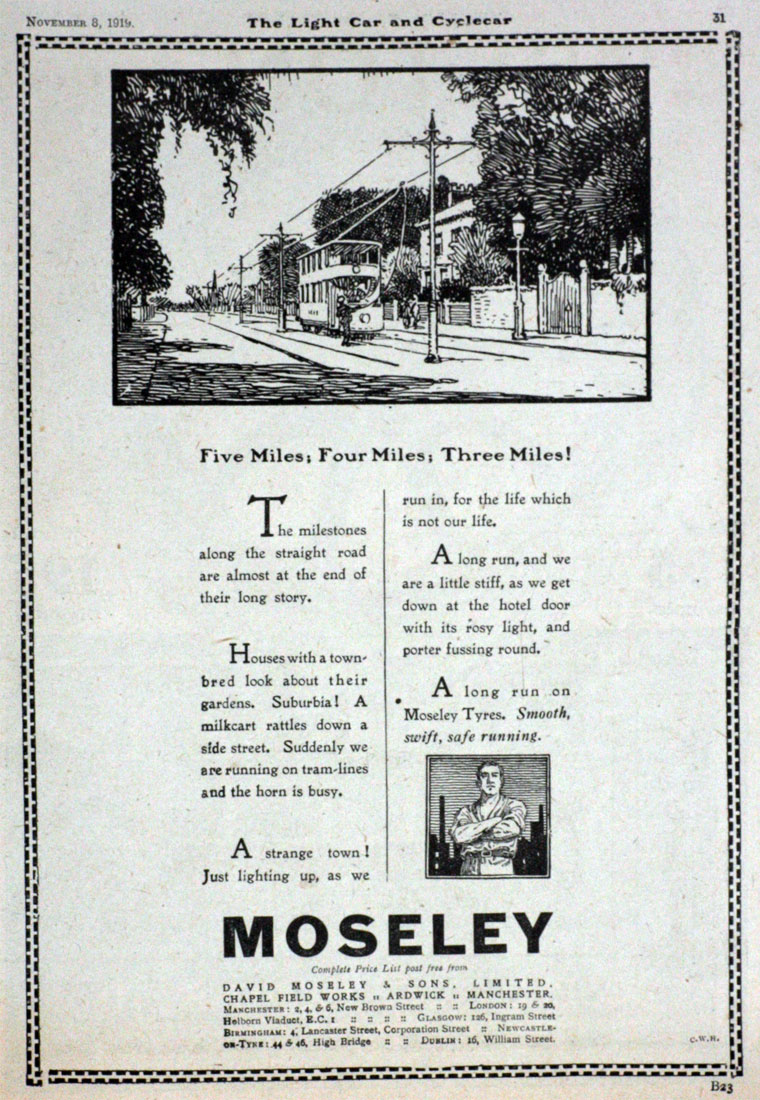 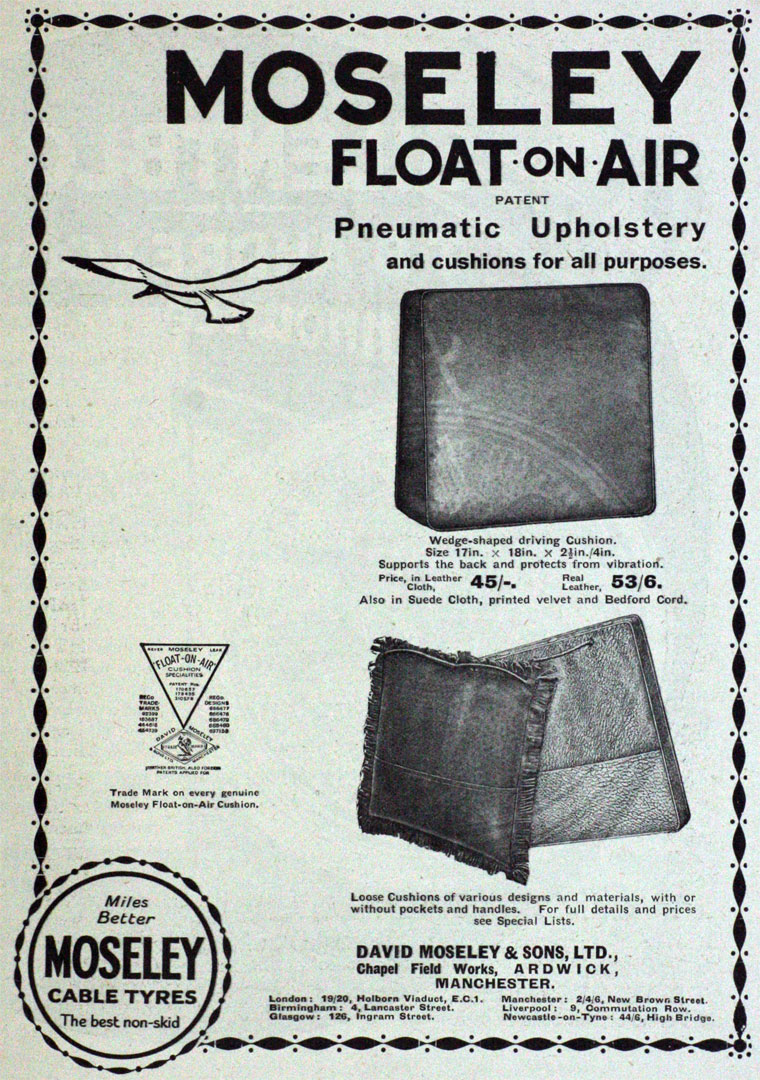 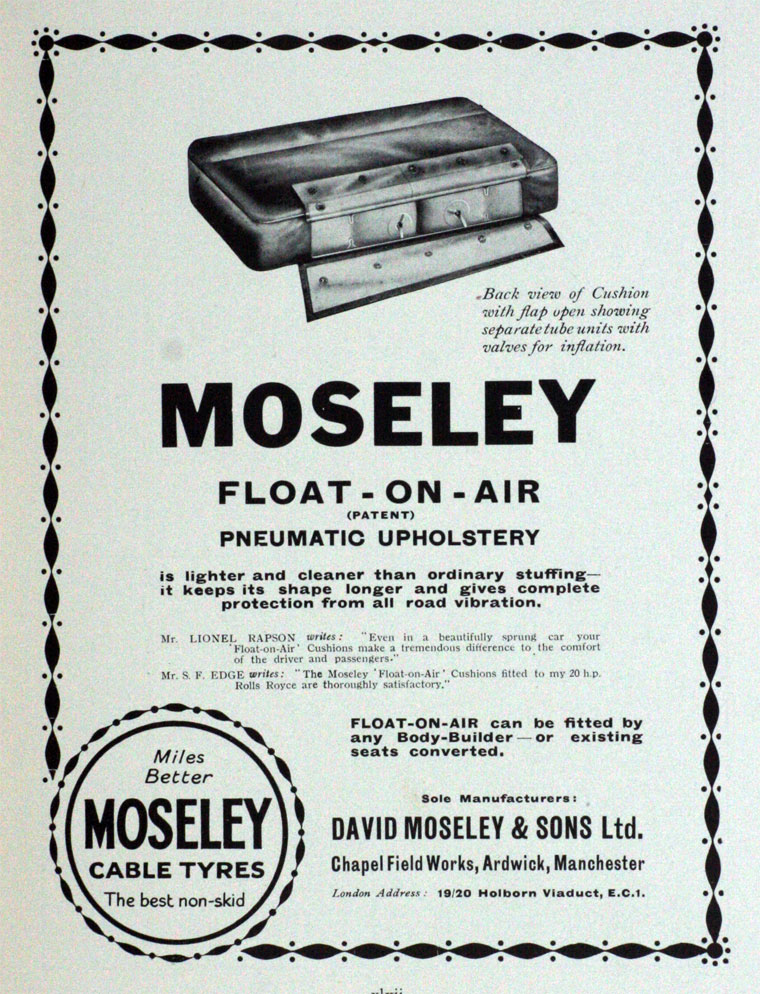 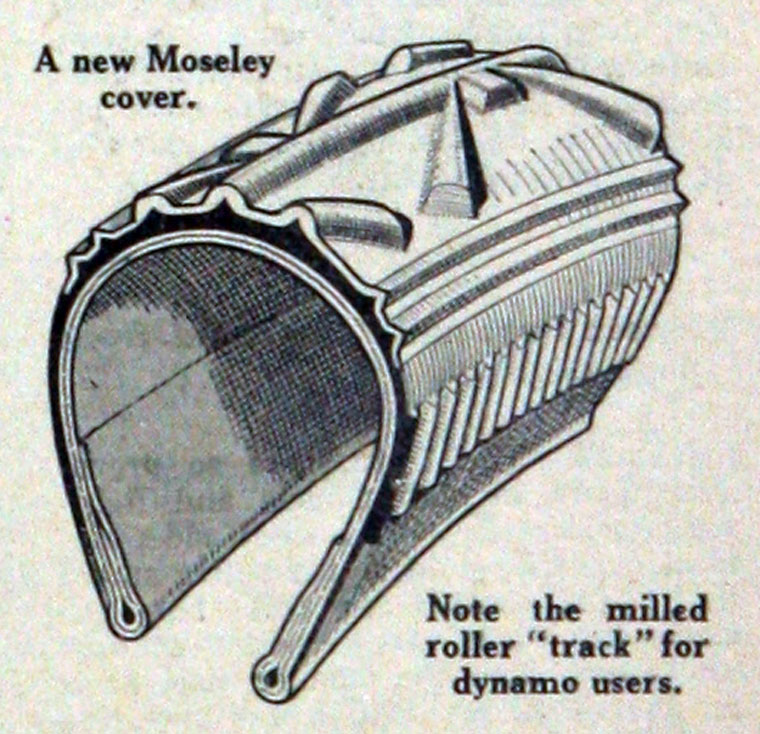 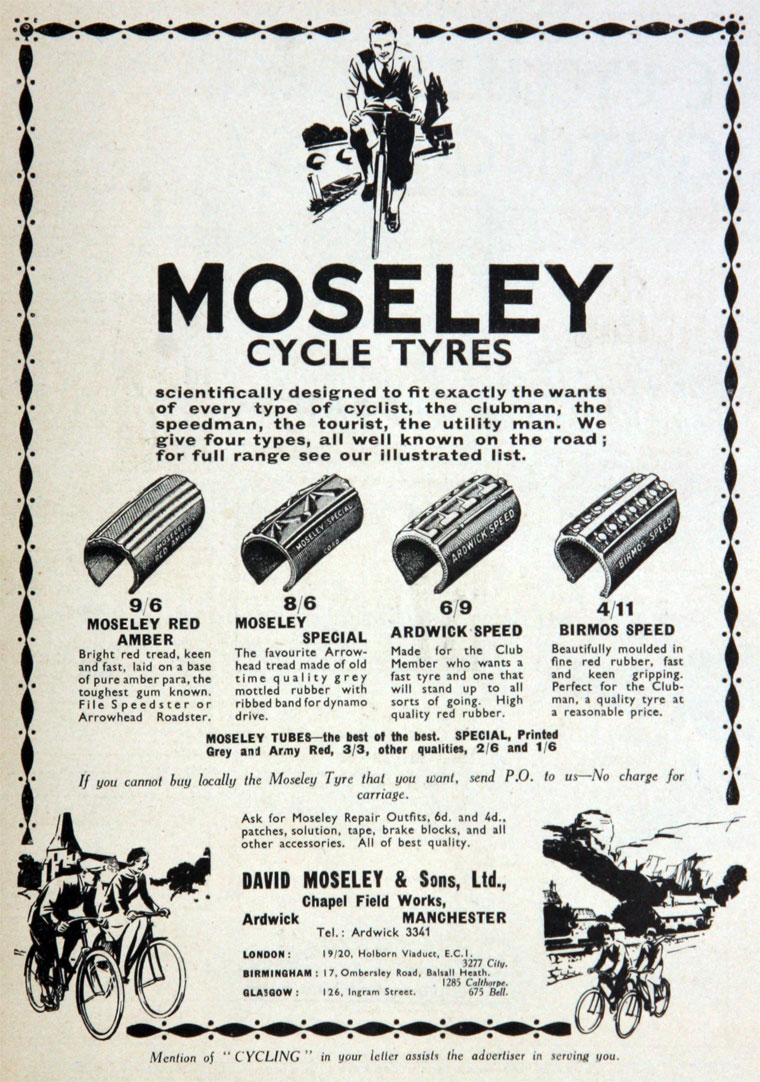 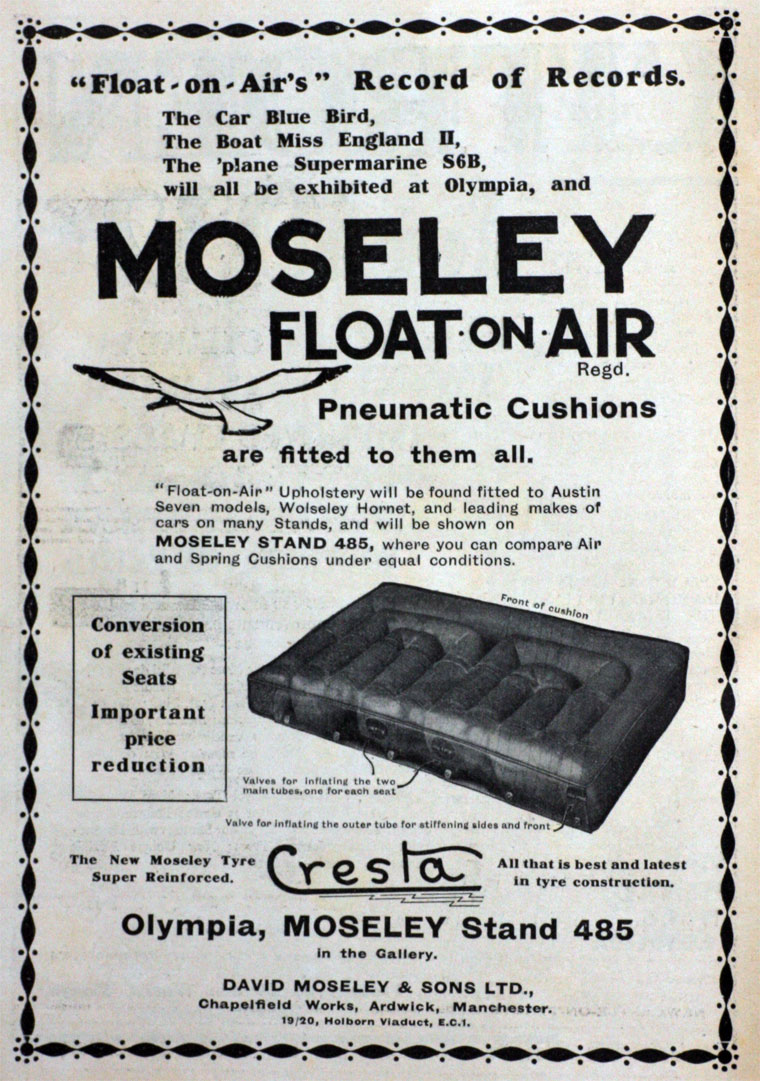 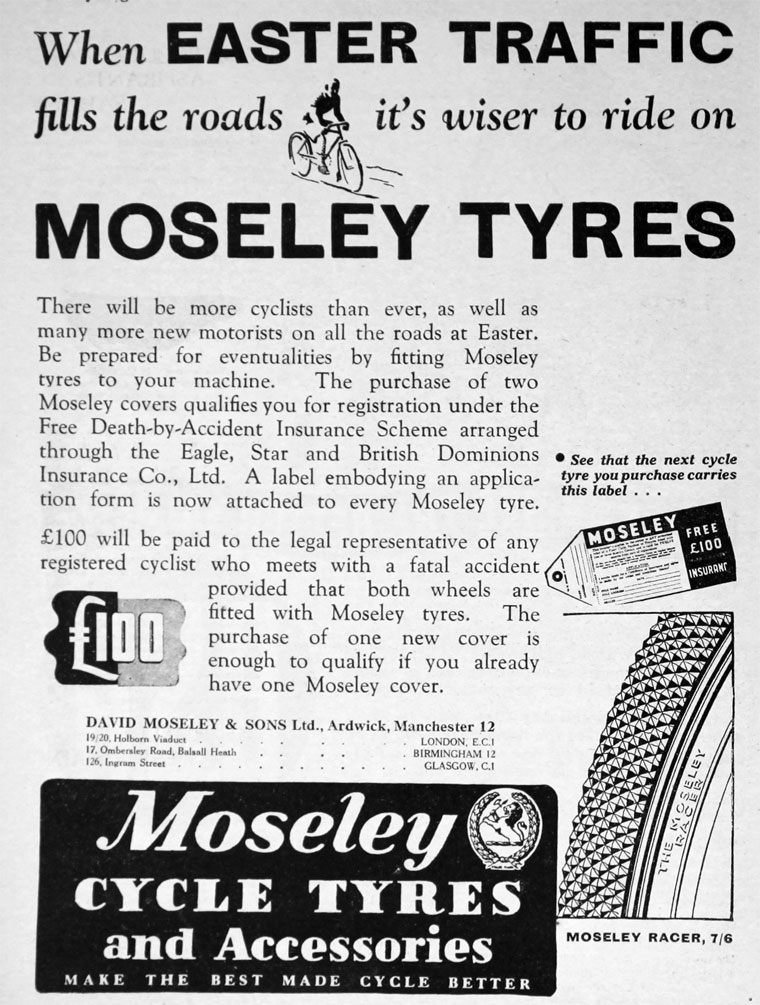 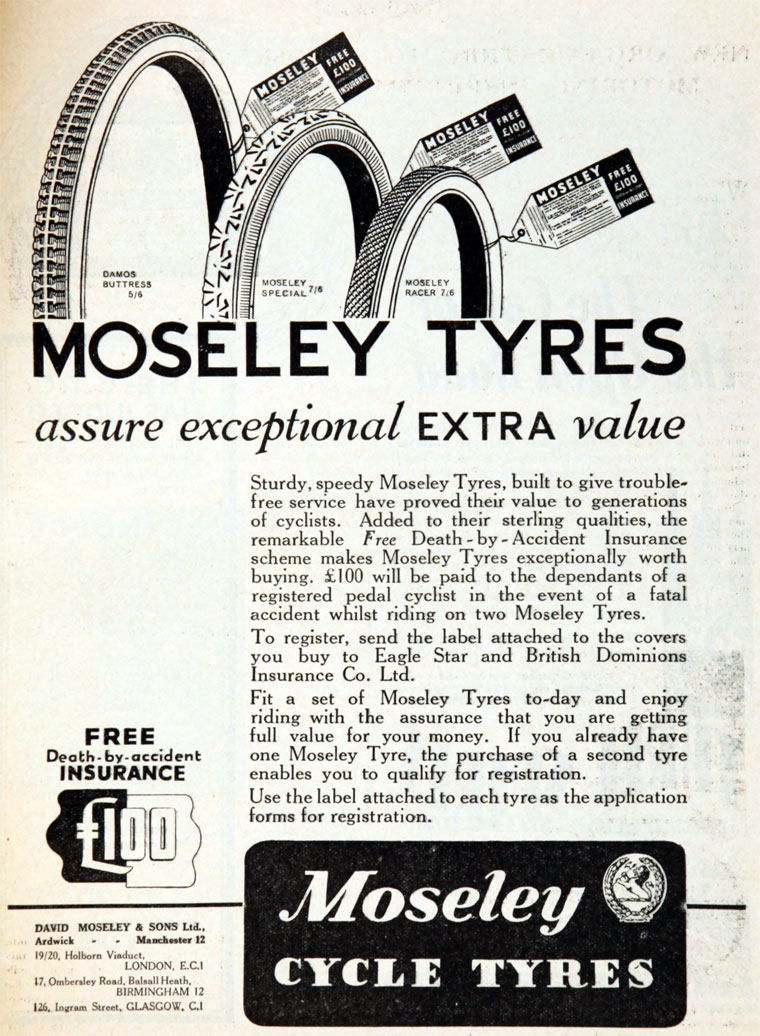 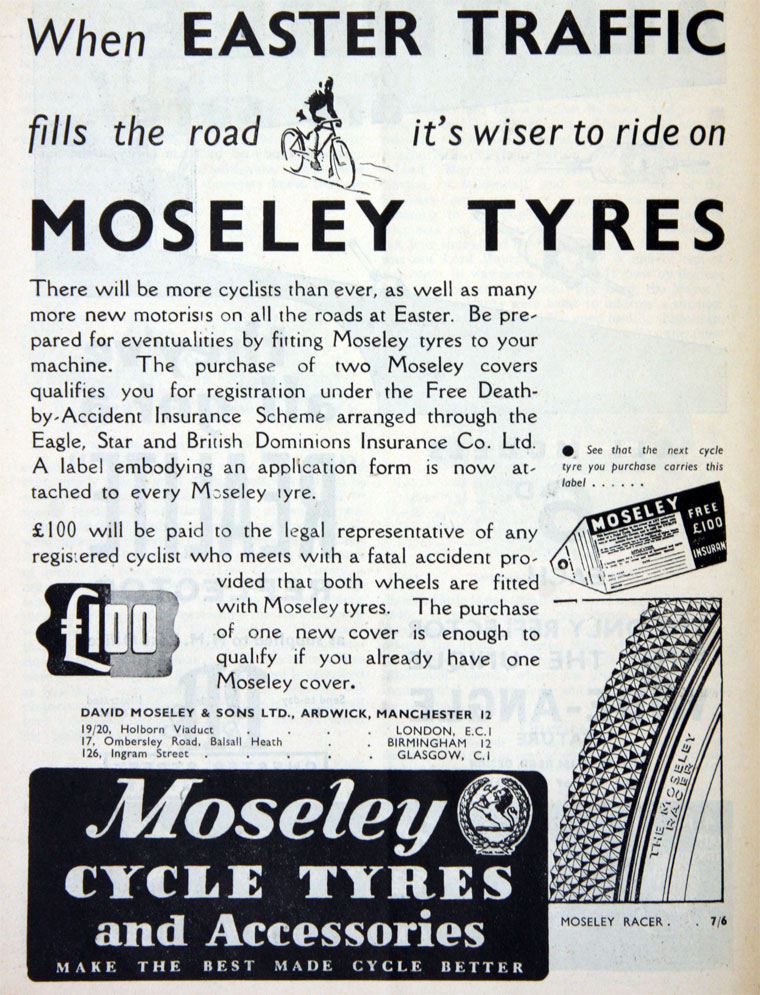 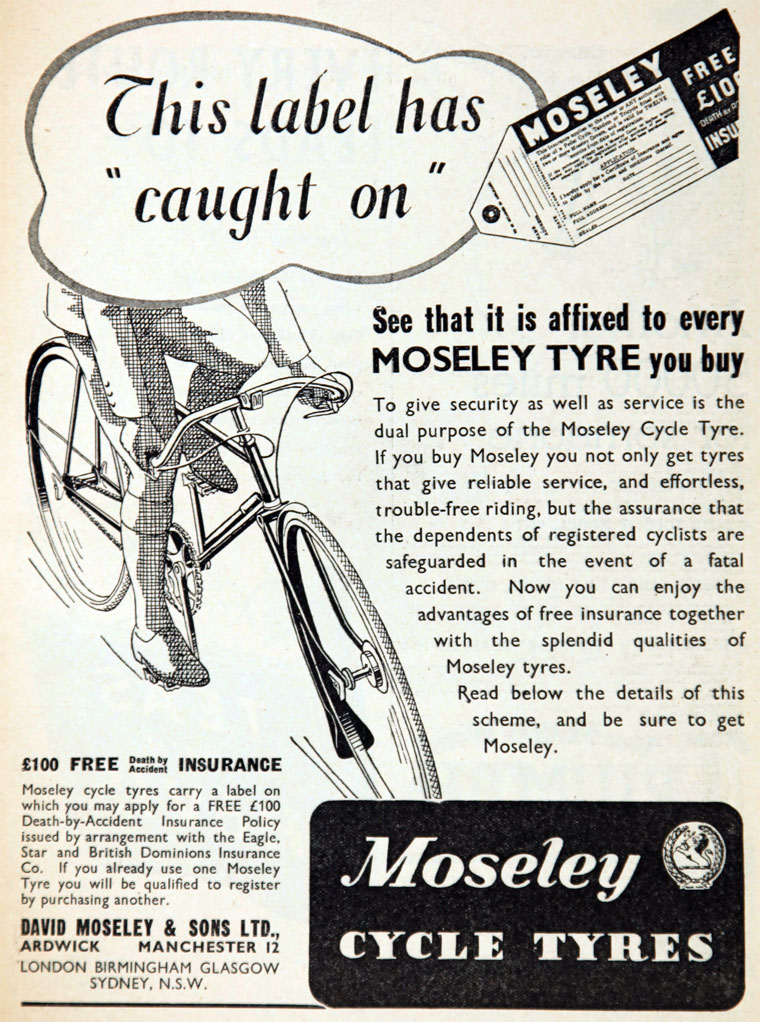 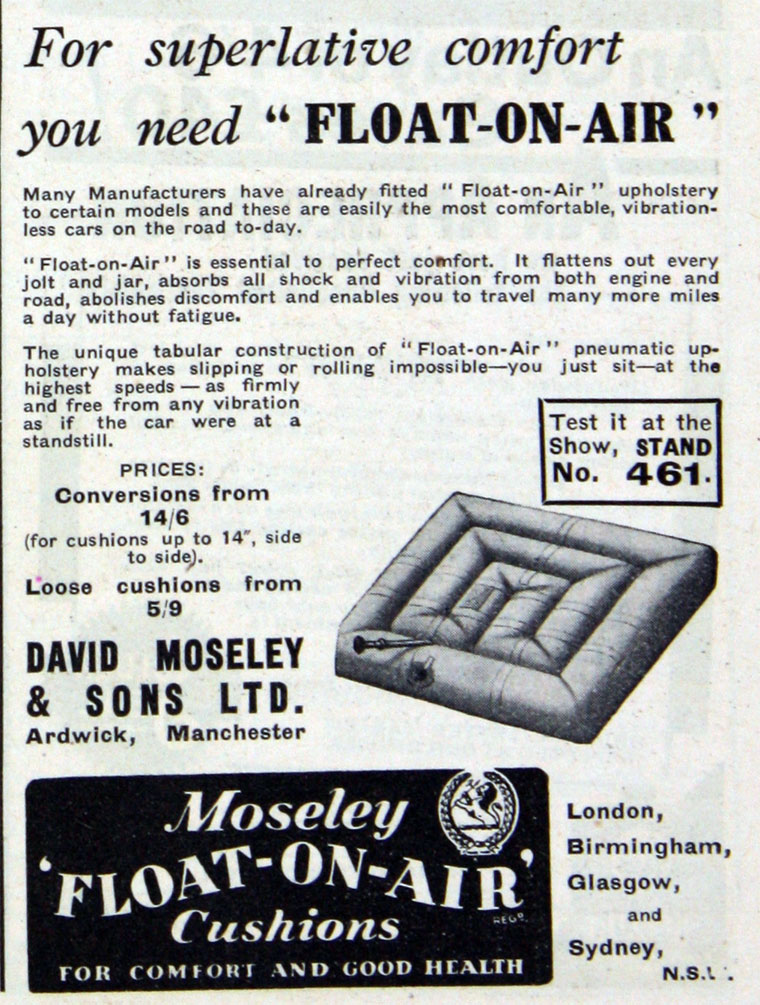 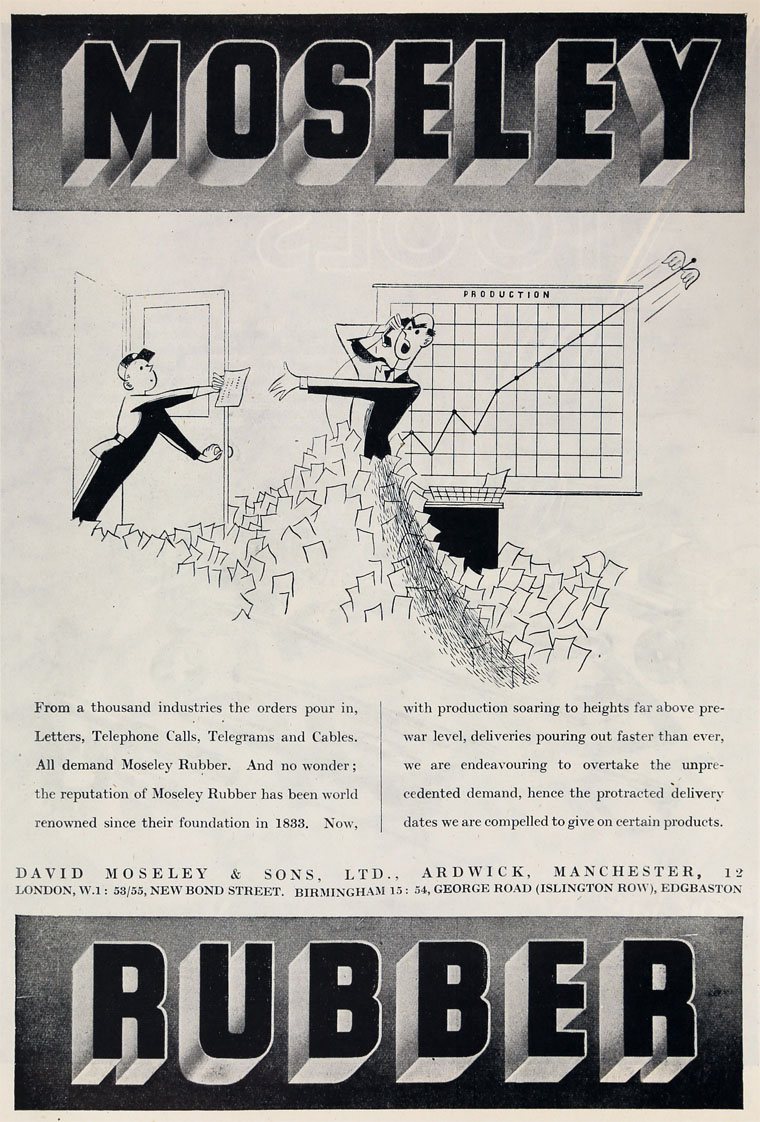 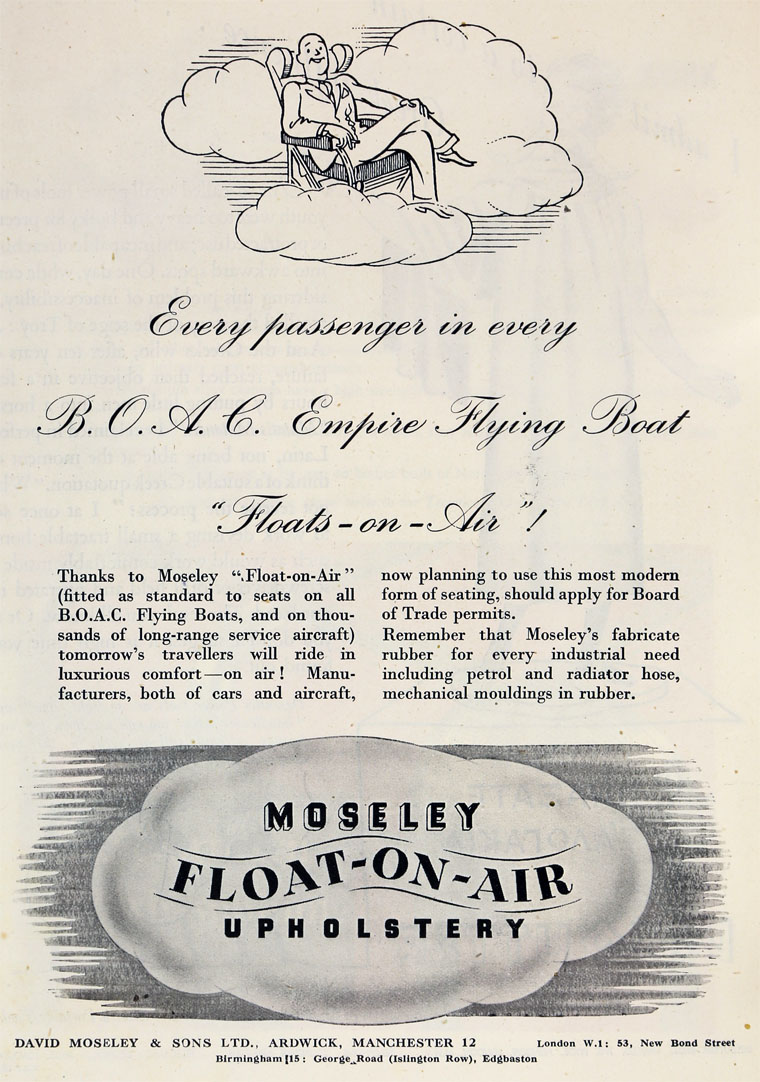 The company manufactured a range of india rubber and gutta percha goods.

1833 Company founded by David Moseley and was one of the first British companies to become active in the telephone business.

1877 Charles Moseley became interested in telephony and, in November, recruited William Fereday Bottomley, who had worked for the Magnetic Telegraph Co and the Indo-European Telegraph Co. Under his engineering direction, the company became a telephone agent, providing private telephone services to local customers. Its first customer was Thomas Hudson, who wanted to connect his premises on Dantzig Street and Shudehill by telephone. This contract was a national landmark, being the first rental of Bell-type telephones by the Post Office.

1879 Alexander Marr, who joined the company as head of the construction department, designed a granular carbon transmitter that was patented in 1879.

The company began supplying apparatus to the Post Office, railway and private companies.

1880 Together with Bottomley and William Edwin Heys (a local consulting engineer and electrician), Charles Moseley patented a system for erecting telephone wires, called the ‘twist’ system, which was designed ‘to diminish or prevent the results of inductive action’. It involved arranging the separate wires on their insulators so that they were alternately horizontal and vertical in relation to each other. Although Moseley installed the system on lines to Oldham and Stockport, the patent was never enforced as it was discovered that Professor Hughes had described the same principle earlier. The ‘twist’ system was adopted universally in Britain by various telephone companies and, later, the Post Office.

1880/81 Marr then developed another granular carbon transmitter especially for the transmission of opera, which was used in Manchester theatres in 1880 to 1881. This idea found greater success in the hands of a French company that launched a device called the Théâtraphone in 1881.

1881/82 Charles Moseley took out another three patents for telephone apparatus in 1881 and 1882, and the company began supplying apparatus to the Post Office, railway companies and other companies. As well as its own designs, the company also made telephone equipment under licence, such as the Gower-Bell wall telephone. This type of phone was patented by American engineer Frederick Gower in 1879 and marketed as the Gower-Bell telephone. Early telephones were usually designed to be wall-mounted, partly because they were heavy.

1881 David Moseley and Sons opened a telephone exchange at its offices and warehouse in New Brown Street. It received a licence in August, and advertised in the 'Manchester Guardian', but by October the Lancashire and Cheshire Telephonic Exchange Co had bought the licence to forestall competition.

The company continued to trade as telephone constructor and erector for about another 10 years.

By 1897 its entry in the Manchester street directory no longer listed these activities. However, the company did continue in its original business of india rubber and gutta percha** manufacture, with the addition of plastic products.

Having relocated to the Chapelfield Works in Ardwick in 1845, the company remained there, but also had a separate waterproof clothing factory on Dolphin Street in Ardwick from 1906 to 1961.

1962 The company sold its waterproof rainwear business to J. Mandleberg and Co.[6]

1964 David Moseley and Sons was taken over by Avon Rubber Co.[7]

1981 The downturn in the economy forced Avon Rubber to rationalise its operations, resulting in the closure of the Avon-Moseley factory.