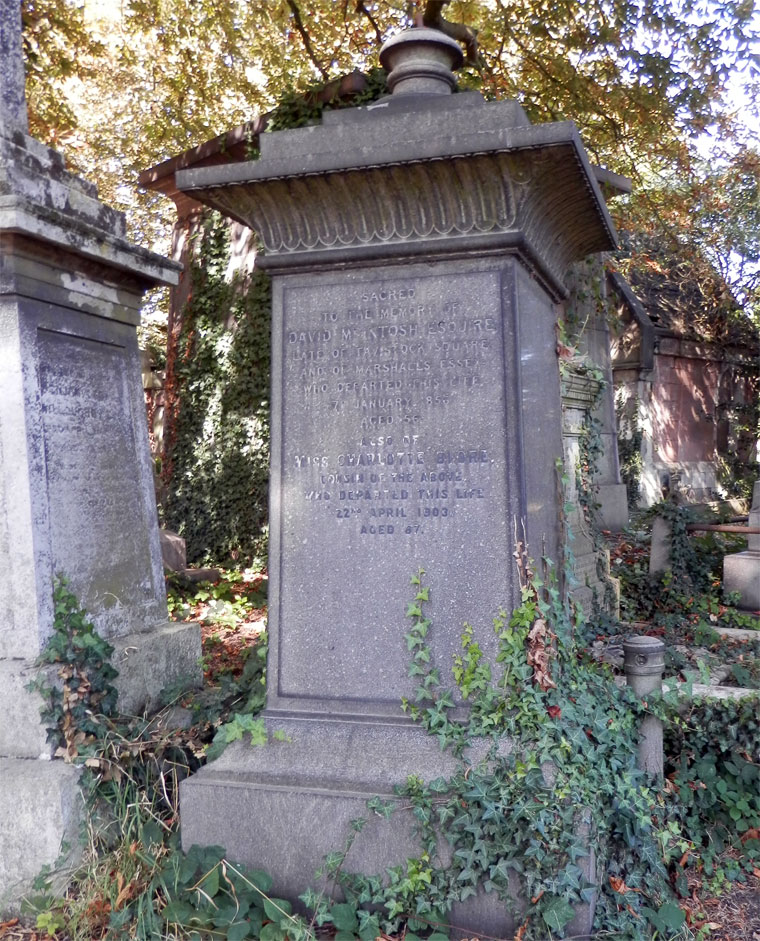 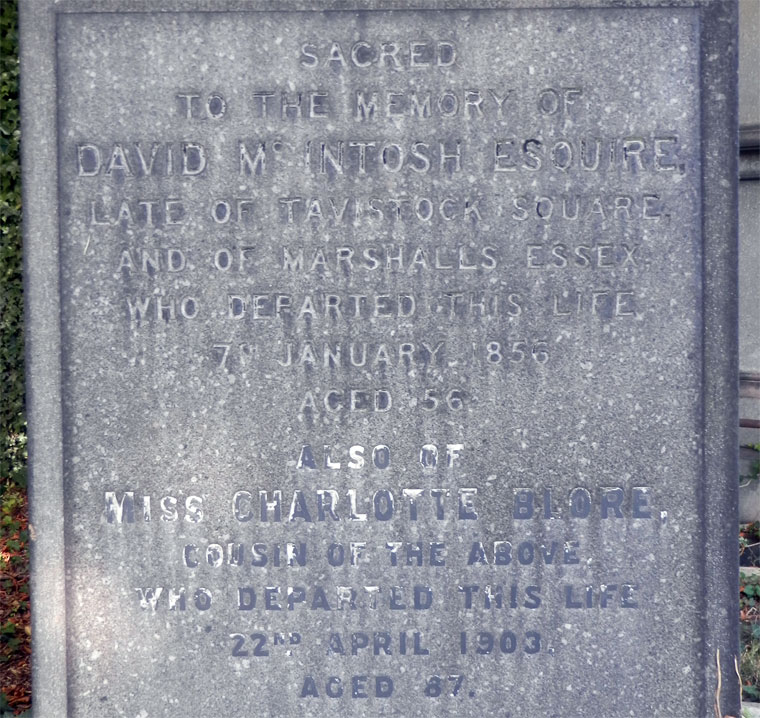 1838 Contractor for the Great Western Railway where, with his father Hugh McIntosh, he took over the contracts of William Ranger but had to sue Brunel to get his money.

MR. DAVID McINTOSH was born on the 16th of May, 1799, at Cheddleton, Staffordshire, and was the only child of the late Mr. Hugh McIntosh, the eminent Contractor.

After receiving a liberal education, first, under the late Mr. Stock, of Poplar, where he was considered to be a mild and amiable boy, and was a great favourite with all his schoolfellows, and afterwards at the University of Glasgow, he assisted his Father in many extensive under-takings.

Besides this, he entered into, and completed, on his own account, many large contracts, among which the following may be mentioned:
- in 1837 to 1841, three heavy divisions, comprising the Belper Contracts, on the North Midland Railway, under Mr. Stephenson, M.P., President;
- from 1838 to 1841, the entire line between Rugby and Leicester, on the Midland Counties Railway, under Mr. C. Vignoles, M. Inst., C.E.;
- from 1834 to 1838, the Dutton Viaduct, on the Grand Junction Railway, under the late Mr. George Stephenson;
- from 1837 to 1841, three contracts on the London and South Western Railway, including the Southampton end, and the brickwork only of the London end, under Mr. J. Locke, M.P., V.P., and Mr. Giles;
- from 1836 to 1840, five heavy contracts on the Great Western Railway, under Mr. I. K. Brunel, V.P.;
- between 1838 and 1840, a portion of the Northern and Eastern Railway;
and between 1834 and 1842, the Menai Lighthouse, extensive works at Dover Harbour, and the repairs of Blackfriars Bridge, under Mr. James Walker, M. Inst. C.E.; with the Portsmouth and Gosport Floating Bridge, under the late Mr. James M Rendel, besides numerous other Public Works.

With the advantage of a liberal education, good natural talents, and an accomplished mind, he was well qualified to become a leading. public man ; but having, on his Father’s death, in 1840, inherited a large fortune, and the works on which he had been engaged being near completion, he retired into private life. For some years, he suffered severely from disease of the heart, and he suddenly expired on the 7th January, 1856, much regretted by his many relatives and friends.

Mr. McIntosh was a very old Member of the Institution, having joined it as an Associate in the year 1825. His occupations prevented his frequent attendance at the Meetings, but he always evinced anxiety for the welfare of the Society.