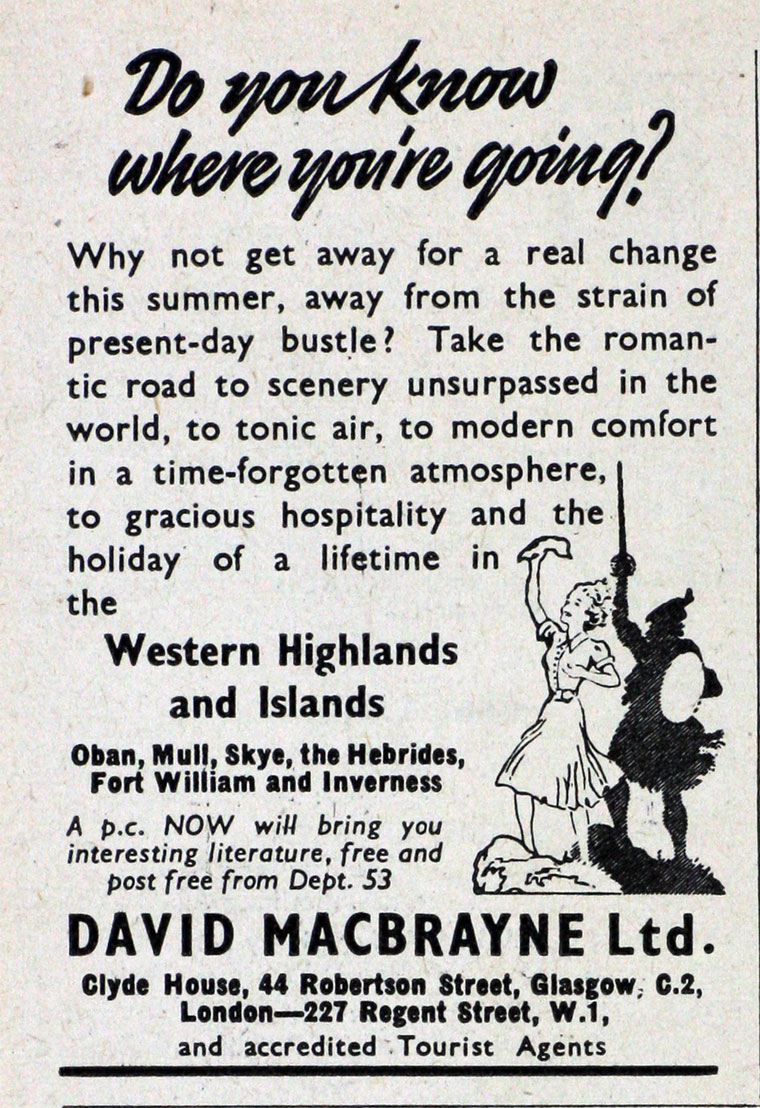 By the mid-1870s, the service to the Hebrides formed the basis of David MacBrayne's company.

1928 Reincorporation of the company as David MacBrayne (1928) Ltd

1936 David MacBrayne Ltd and the London, Midland and Scottish Railway Company purchased the steamers and goodwill of Williamson-Buchanan Steamers Ltd and of Turbine Steamers Ltd[2]

1968 At the end of December; a half interest in David MacBrayne was transferred from the Transport Holding Co to the Scottish Transport Group.

However, in the economic circumstances of the mid-1970s with rising fuel prices and labour costs, it became apparent that the west coast ferry services could not remain or become profitable.

1975 the Secretary of State undertook to subsidise CalMac as well as David MacBrayne.

1978 David MacBrayne ceased trading on 31 December 1978 and transferred its activities to CalMac on the following day.

1990 Ownership of Caledonian MacBrayne Ltd. was transferred to the Secretary of State for Scotland.

2006 After lying dormant for a number of years, David MacBrayne Ltd. was reactivated and became parent company to the companies which took over the operation of the Northern Isles services, NorthLink Ferries Ltd., and the Clyde & Hebrides ferry services, CalMac Ferries Ltd.